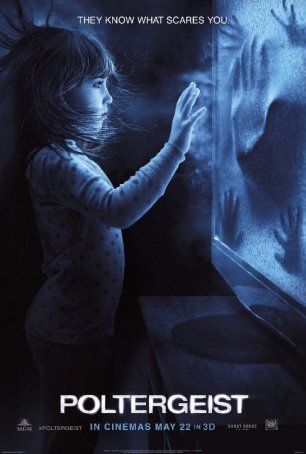 Upon its 1982 release, a single notable characteristic could be attributed to Poltergeist: in an era when horror was increasingly being dominated by R-rated slasher movies, it maintained a more child-friendly PG rating. (Note: By today's standards, that would have been a PG-13, but the PG-13 didn't exist at the time.) In part because of Steven Spielberg's involvement as writer and producer (and, some might argue, co-director), Poltergeist acquired a reputation that lasted through the years. It also amassed a respectable box office total despite opening on the same day as the dominant Star Trek II: The Wrath of Khan and only a week before Spielberg's bigger 1982 success, E.T. There's little doubt that nostalgia played a part in Fox's decision to remake Poltergeist, but that's a poor reason for any film's existence and no excuse for how uninspired Gil Kenan's re-imagining of this one turned out. It once again raises the "why bother?" question that accompanies about 95% of remakes. 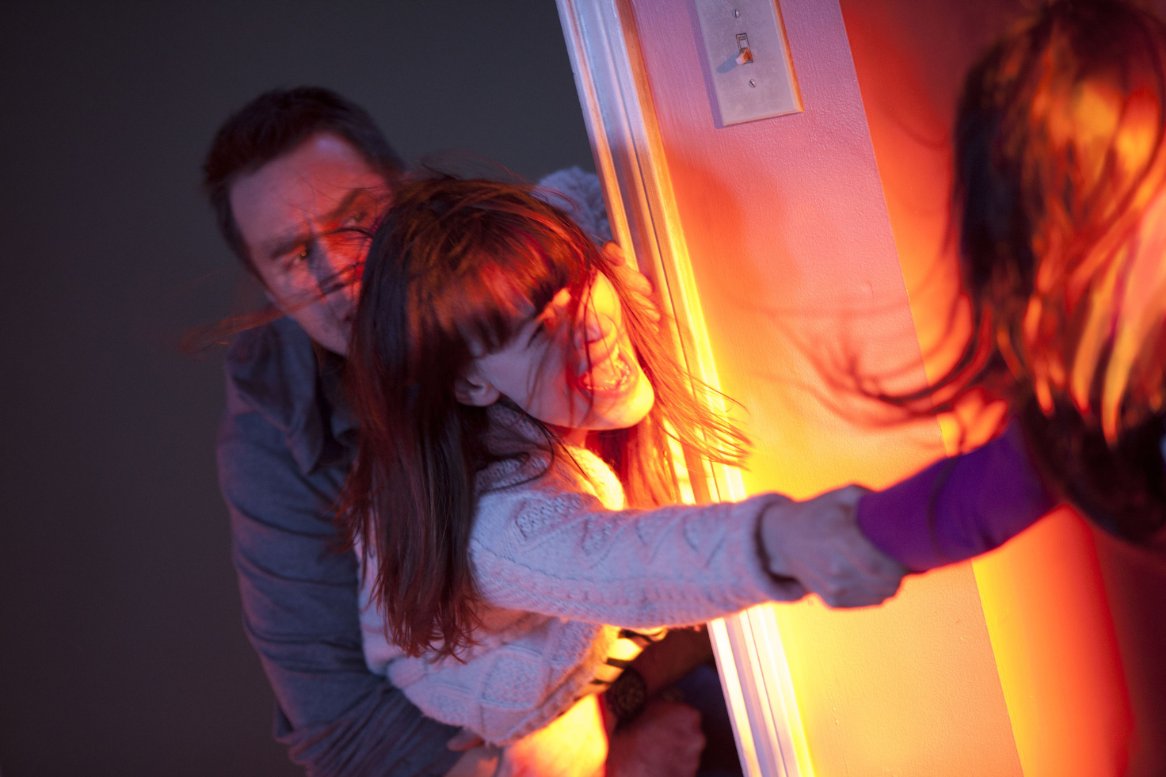 The new Poltergeist retains many of the beats of its predecessor. Spielberg's fear of clowns and an old tree are in evidence. The TV crackles with static and the little girl utters her classic line. But there's something missing and it becomes apparent early on. The movie isn't scary - not even a little bit. In fact, things are so tame that, except for a few cuss words and the grisly CGI-created undead populating the third act, Poltergeist might have gotten away with the same PG rating accorded to the original. There aren't even any good jump scares to wake up audiences who might have been put to sleep by the somnambulant tone.

Poltergeist feels like a collage of horror movie clichés - so much so that it at times verges on parody. 33 years ago, many of these weren't as ingrained in our collective psyche as they are today, so they felt fresh. Now, however, they're tired. We've been overexposed and Kenan fails to find a way to make them new or interesting. So we end up with a haunted house, animated toys, and a wise ghost expert who arrives to exorcise/clean the spirts. (The demonic "Beast" from the original has been deleted from the remake, leaving behind a leaderless bunch of dispossessed ghouls.)

The film opens with Eric Bowen (Sam Rockwell) and his family - wife Amy (Rosemarie DeWitt), son Griffin (Kyle Catlett), and daughters Kendra (Saxon Sharbino) and Madison (Kennedi Clements) - moving into a new house. Having been built on the remains of an old graveyard (something they don't know at the time), it plays host to a number of spirits who begin to do things like make clown dolls come to life and have a tree pluck Griffin out through a skylight. When Madison disappears into a magical portal in the back of her closet and calls out to them through the TV, they decide it's time to seek professional help. Enter Dr. Brooke Powell (Jane Adams) and her reality TV star ex-husband, Carrigan Burke (Jared Harris), who diagnose the problem and offer a solution.

Poltergeist works best when it's not dealing with haunting material.  The early scenes, setting up family dynamics, are effective. There's a nice little quasi-erotic (in a PG-13 way) scene between Eric and Amy that gets interrupted by the arrival of Griffin (who's afraid of sleeping alone in his new room). Sam Rockwell and Rosemarie DeWitt give relaxed, comfortable performances, especially in the early going. The stuff with the squirrel is amusing. When it comes to the supernatural goings-on, the only moderately successful moment involves a drill with a life of its own. Madison's pedestrian utterance of the "They're here" line is disappointing, to say the least. I know Kennedi Clements is young, but one would have thought Kenan could have coaxed something a little more passionate from her.

It's hard to determine who the intended audience is. The movie seems to have been made without much thought given to a target demographic. Older viewers with memories of the original will be disinclined to see something that comes across as a faded copy of long-ago favorite. Younger viewers, weaned on jump scares and in-your-face camerawork, will find this to be a plodding regurgitation of familiar tropes and situations. In short, it will be hard to find someone who appreciates this Poltergeist on its own merits - primarily because there's so little about it worth appreciating.