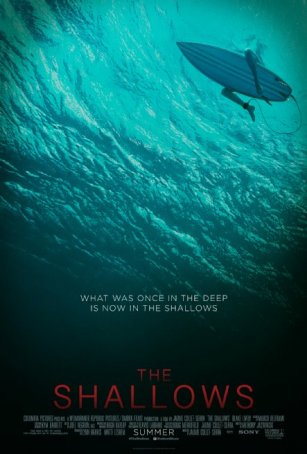 The Shallows is almost a good movie. It misses by this much (hold thumb and index finger apart by an inch). For 75 of its 85 minutes, it’s a gripping woman-against-nature tale with tough, determined Nancy (Blake Lively) facing her own infirmities, a hostile environment, and a hungry great white shark. The film’s problem is that, after chronicling Nancy’s nightmarish 12 hours on a tiny rock island, director Jaume Collet-Serra and screenwriter Anthony Jaswinski don’t know how to end things. Their choice of a resolution is preposterous and underwhelming. The lingering bad taste was sufficiently potent to dull any lingering good feelings I might have harbored about the production as a whole.

The straightforward story culls elements from 127 Hours, All is Lost, Open Water, and (of course) Jaws. The survival tale can be seen as a thinly-veiled allegory about people pushing through imaginary barriers and persevering. Keeping that in mind, the ending isn’t as bad as it might seem if viewed purely from a concrete perspective. The Shallows follows Nancy to a secluded Mexican beach where she plans to do a little surfing while honoring her mother’s memory. About 200 yards offshore, she becomes the target of a great white shark after she inadvertently enters its feeding territory. She survives the initial encounter and makes it to a small islet where she uses her skills as a medical student to close the wound. As darkness falls, she realizes she’s in a race against time - when high tide arrives (again) in about 12 hours, her island will be under water and there will be nothing to prevent the shark from turning her into breakfast. To make matters worse, several would-be rescuers become appetizers. 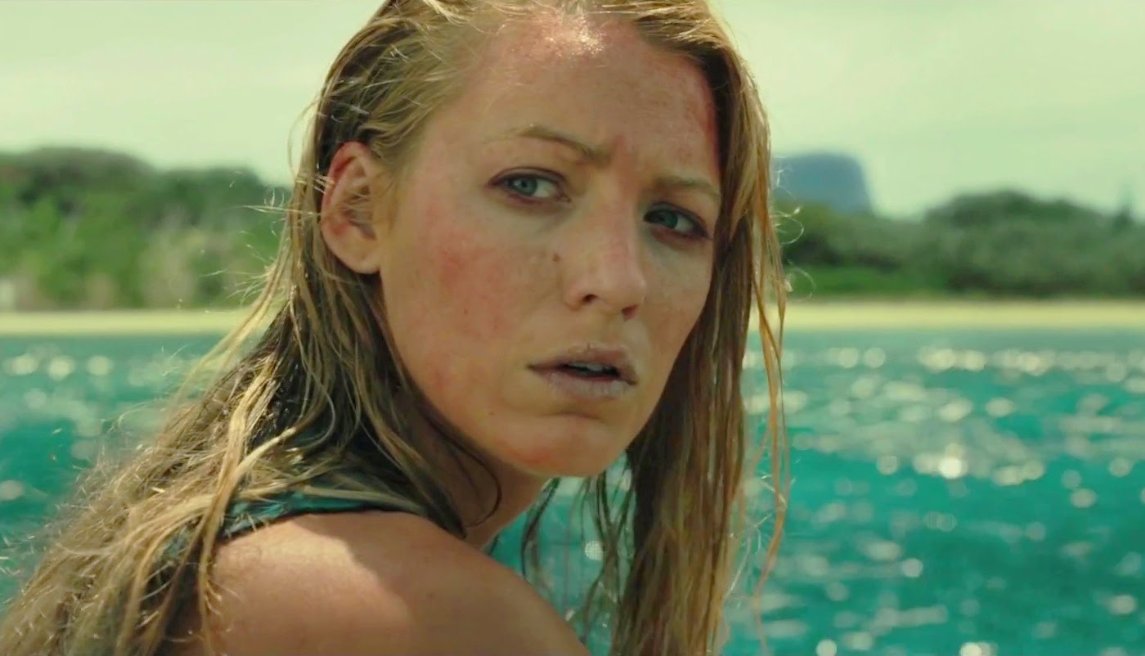 It’s difficult for any film to follow a lone character for the better part of 90 minutes. The best recent examples are 127 Hours (with James Franco trapped by a collapsed rock) and All is Lost (with Robert Redford adrift on the high seas). The Shallows follows their lead by getting into the character’s psyche. For Nancy, this situation is especially frustrating - she can see safety. She’s close enough that she can call out to the few passers-by on the beach. But she’s also in pain, suffering from blood loss and dehydration, and doomed if she leaves her perch. The shark is like Jaws - huge, powerful, and relentless. Collet-Serra, whose previous endeavors include Non-Stop and Run All Night, keeps us involved by continually ratcheting up the tension. The approach of high tide represents a different kind of countdown and the filmmaker’s camera captures Nancy’s sense of peril as isolation grips her. Like Tom Hanks in Cast Away, she needs something to talk to. In this case, it’s an injured sea gull. 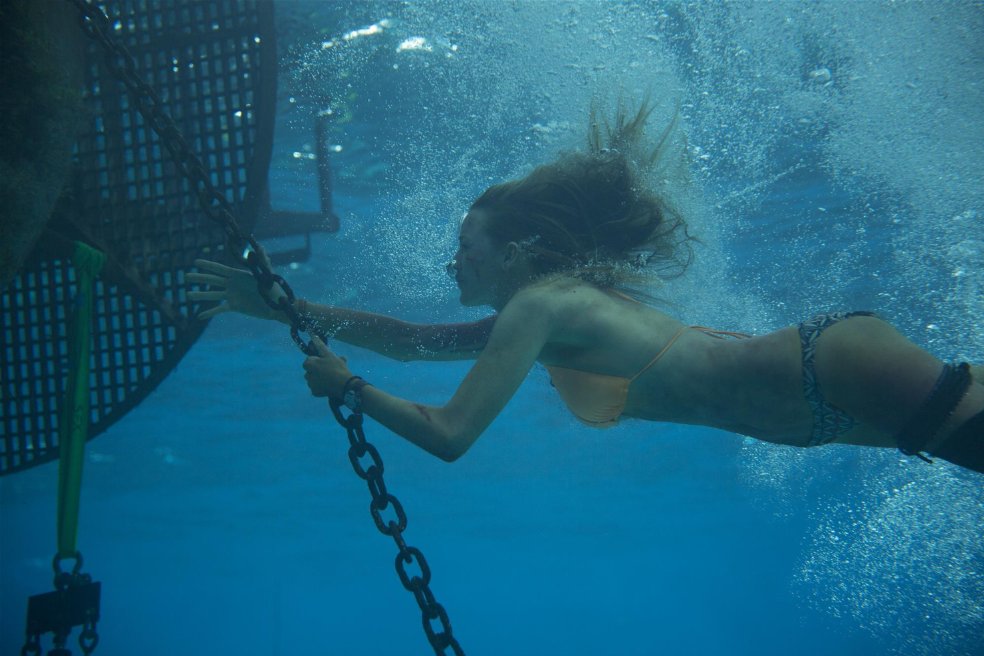 As was the case with James Franco in 127 Hours, Blake Lively proves she can hold the camera’s attention for the majority of the film’s running time. For perhaps 60 of The Shallows’ 85 minutes, it’s just her, the sea gull, and the shark. Although she has been good in other films (The Sisterhood of the Traveling Pants comes to mind), none have required this degree of physicality. And, although her transformation isn’t as fully realized as that of, say, Reese Witherspoon in Wild, it’s nevertheless credible. The harrowing scene where Nancy stitches her wound without anesthetic is played to perfection. (The movie skirts the edge of the PG-13 envelope with a few gory shots. This is really R-rated material.)

When Jaws was released 41 years ago, its cultural impact extended beyond movie theaters. Beach-goers were jittery about entering the surf - even in areas where there had been no shark sightings. The Shallows won’t have the same impact but it functions as a solidly entertaining thriller. It’s just too bad the screenplay didn’t avoid the idiot plot device it employs to bring things to a conclusion. It’s always a disappointment when a film ends on a sour note but the dissatisfaction is more acute when it’s the only part of the experience that doesn’t work.