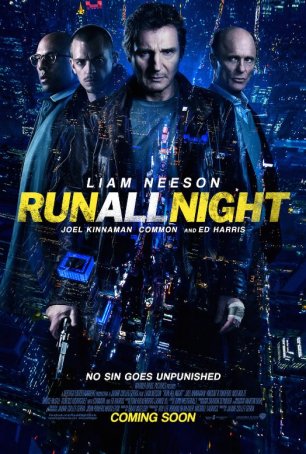 Liam Neeson action thrillers come in two categories: the straightforward variety that transform him into a superhuman force of nature and those that are grittier and a little more respectful of an adult audience's intelligence. Considering the way the winds blow at the box office, there are understandably more of the former than the latter; at least Run All Night can be said to add one title to the more serious side of Neeson's ledger. There's plenty of action in director Jaume Collet-Serra's third collaboration with the Irish actor (not to mention a high body count) but the subtext is about regret and the difficulty of redemption in the face of certain sins. The trailers make Run All Night look like a fast-paced shoot-'em-up and, although those elements are present, this is a darker and grimmer experience. 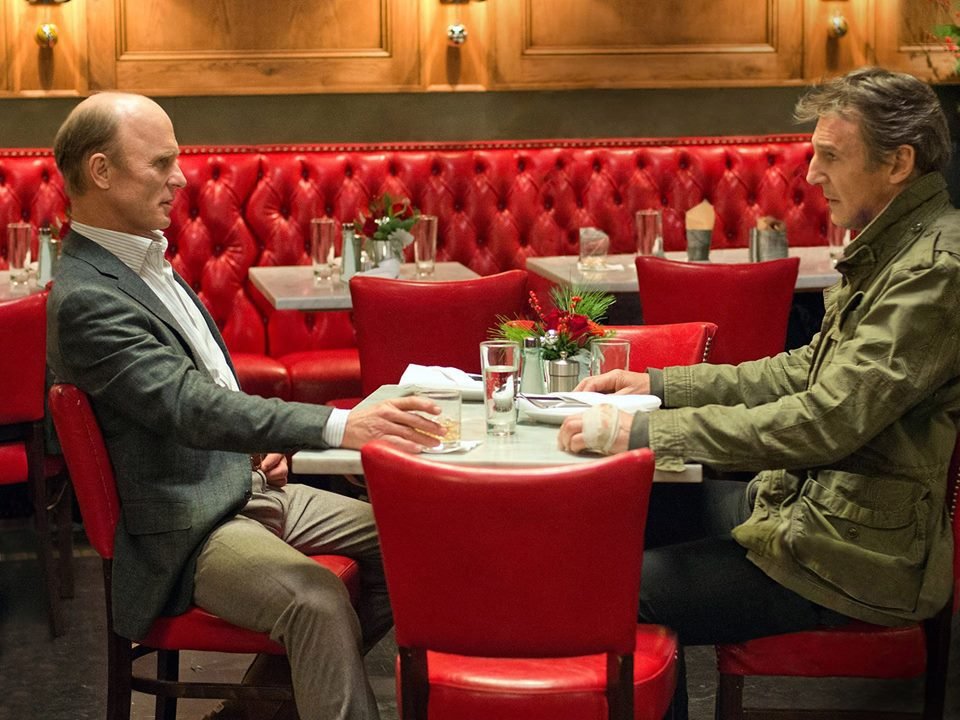 Jimmy Conlon (Neeson) is an ex-assassin nearing his expiration date. After having killed around 18 people while working for his friend, crime boss Shawn Maguire (Ed Harris), Jimmy has oozed into a retirement filled with drink and regrets. He lives alone in a hovel and never sees his only son, Michael (Joel Kinnaman), until circumstances force a reunion. Coincidence makes Michael a witness to a brutal double-murder committed by Shawn's son, Danny (Boyd Holbrook). The boss calls to ask his old friend to act as a mediator but before a non-violent resolution can be reached, Danny takes matters into his own hands. To save his son, Jimmy has no choice but to shoot to kill and the result forces the two Conlons onto the run with Shawn's mob of thugs and hired hit men nipping at their heels. To say the dynamic between father-and-son is strained is to understate the situation. Michael is overflowing with resentment and rage and, as the night progresses, it becomes apparent that he and Jimmy aren't headed for a catharsis.

There was a time when gangster films regularly romanticized the mob lifestyle but there has been a shift in recent years to looking through a darker lens. Jimmy is a damaged man who regrets almost everything in his life. He drinks to forget and goes home to an empty apartment. We learn that his abandonment of Michael was done out of love because he believed his continued presence in his son's life would lead to corruption. What Michael sees as neglect and rejection, Jimmy sees as perhaps the only selfless thing he has ever done. This disparity forms the basis for a relationship that doesn't follow the usual "broken father/son" arc we normally encounter in films of this sort. The Jimmy/Shawn friendship is equally complex - two old buddies who have been through the wars together and whose shared history makes them closer than brothers but who cannot surmount the single tragedy that sets events in motion. 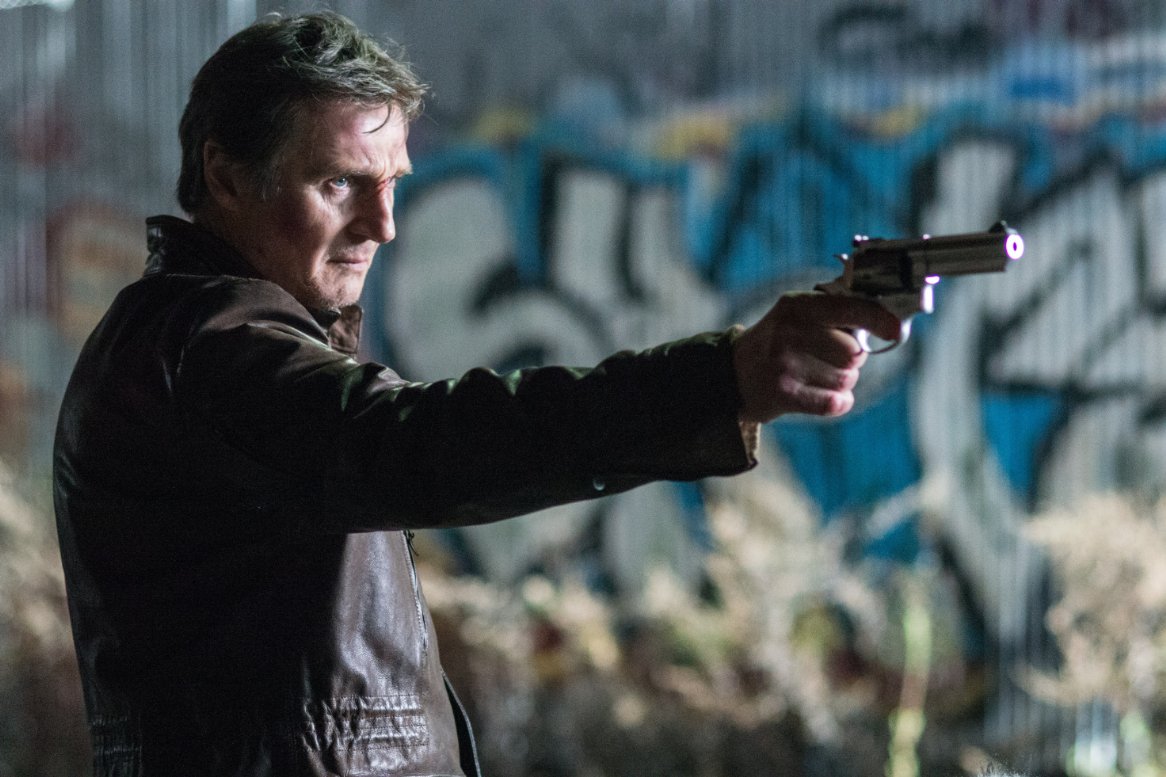 Neeson's Jimmy is similar to the character he played in his previous outing for Collet-Sera, Non-Stop: a once-tough guy whose skills have eroded as a result of a lengthy, passionate affair with the bottle. Neeson's inherent likability is an asset because it allows us to sympathize (at least to a degree) with a man who, if viewed objectively, represents the depths of human depravity and evil. Ed Harris, adopting a weary, low-key approach (think Michael Corleone in Godfather 3), is a good foil for Neeson. The Killing's Joel Kinnaman avoids turning Michael into a character who exists solely to facilitate his father's dubious quest for redemption. Rapper-turned-actor Common adds a traditional action/thriller flair to the mix as an expert hired killer tasked with eliminating Jimmy and Michael.

The screenplay isn't airtight. The story hinges on an improbable coincidence but viewers who don't have a problem with that (Michael being the limo driver for the two drug dealers executed by Danny) won't blink at the smaller contrivances that crop up during the course of the narrative. One could question the decision to employ a wrap-around structure that steals away suspense. There are also times when Collet-Serra bends knee to staples of the genre, such as Neeson in a lengthy physical fight where he takes the kind of pounding only a superhero could absorb. Those are relatively minor quibbles, however. Run All Night is a taut, edgy affair that features Neeson in peak action form and allows him to partially atone for the indignity of Taken 3.