They Shall Not Grow Old, the first nonfiction venture by The Lord of the Rings’ director, Peter Jackson, represents a startling trip through a time capsule into a world that, in both a real and existential sense, no longer exists. A collage of restored and colorized images, the movie serves the dual purpose of honoring those who fought in World War I and providing modern audiences with the best you-are-there opportunity to experience the bloody chaos of the one major confrontation to rely primarily on trench warfare.

They Shall Not Grow Old isn’t structured like a conventional documentary. There is no single “voice of God” narrator nor are there Talking Heads to take us through the action. The movie doesn’t tell a single story. It doesn’t follow one character and, although it moves through the war in a chronological fashion, it doesn’t attempt a textbook approach to listing battles. In the trenches, time became a blur and that’s much the case here. Jackson uses the available footage to focus on the minutia of the war rather than to pull back and provide an overview. There are voices and images but no names. Although end credits list approximately 120 contributors, the voices used in the film aren’t identified as they appear. As a result, there’s an anonymous quality to the narration and, although the speakers aren’t represented by the footage, the synergy emphasizes how similar the experience was for many of the survivors. 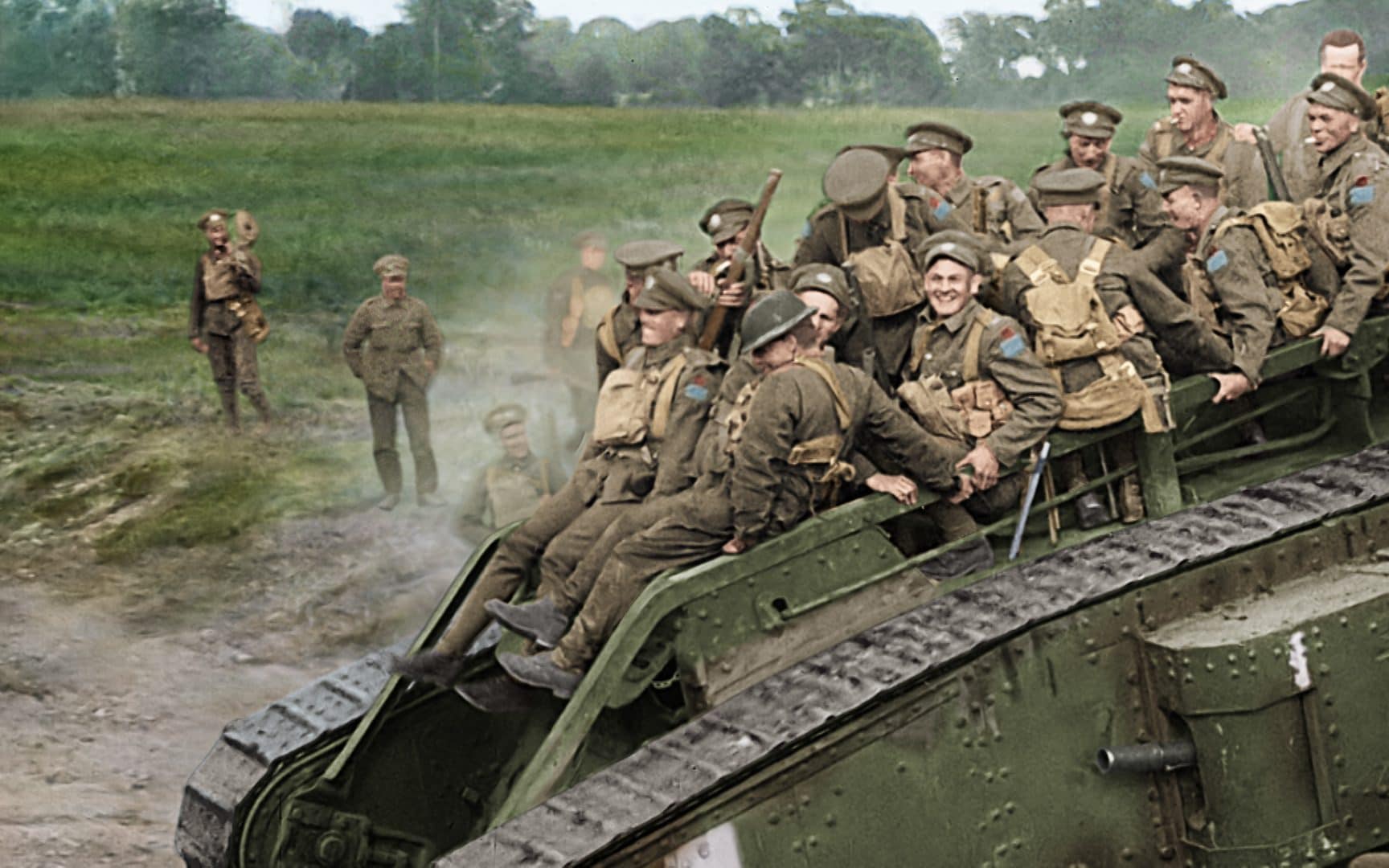 When he agreed to make They Shall Not Grow Old, Jackson was presented with 600 hours of archived interviews (with more than 200 soldiers, all of whom were dead by the time production began) and 100 hours of original footage, some of which was in poor condition. According to the director, it took more than a year to review everything and assemble a strategy for intermingling the moving images with bits and pieces of the audio recordings (there are also numerous still photos – these include some of the most graphic shots).

If there’s one complaint about the film, it relates to the artistic license taken by Jackson. As some preservationists have complained, the director didn’t so much restore the footage as he manipulated it. In addition to cleaning up the existing prints, Jackson’s WETA workshop colorized many of the images and used voice actors to make it seem like the video had sound (it didn’t – synchronization of sound/video wasn’t perfected, let alone commonly used, until well after the end of World War I). Overall, this is a quibble and Jackson’s actions are justifiable in the overall scheme of things (the movie being far more effective as is than it would have been had the footage been presented without any “doctoring” beyond a pure restoration), but some may come away from They Shall Not Grow Old with a belief that film techniques were more refined in the 1910s than they actually were. 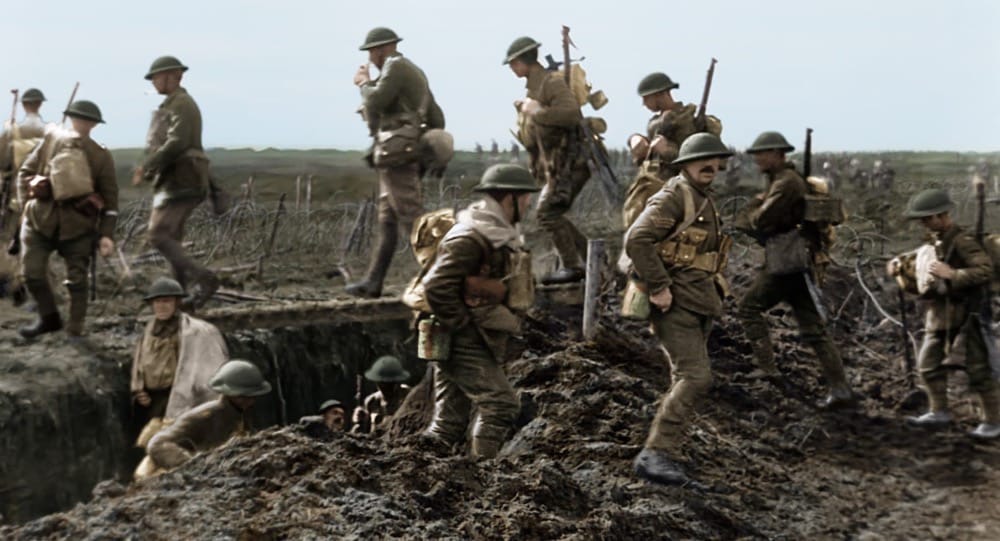 World War I holds a unique position in history in that it was the only major conflict in which battles were fought using the techniques and strategies of the past with armaments of the future. It was the only war in which both cavalry and tanks played major roles. Airplanes were in the skies and submarines patrolled the waterways. Although the number of deaths (estimated to be around 18 million) was significantly less than the toll from World War II (~70 million), World War I featured the most brutal form of warfare yet devised by man. If nothing else, They Shall Not Grow Old paints a vivid portrait of the horrors of using trenches (and spending thousands of lives to gain hundreds of feet). During many of these scenes, men who participated reminisce about the sense of shock and confusion (and, in some cases, wonder about the miracle of having survived it all).

Perhaps the most surprising thing about They Shall Not Grow Old is the matter-of-factness with which the veterans recall their experiences. Going to war wasn’t a transformative incident. One of the men says he was just doing a job. Others muse about whether their youth and lack of life’s experience may have resulted in them not being aware of the existential implications of what was going on. (Speaking of lack of experience, Jackson finds a little time for levity in addressing the naivete of some of the soldiers when it came to sex and women.) 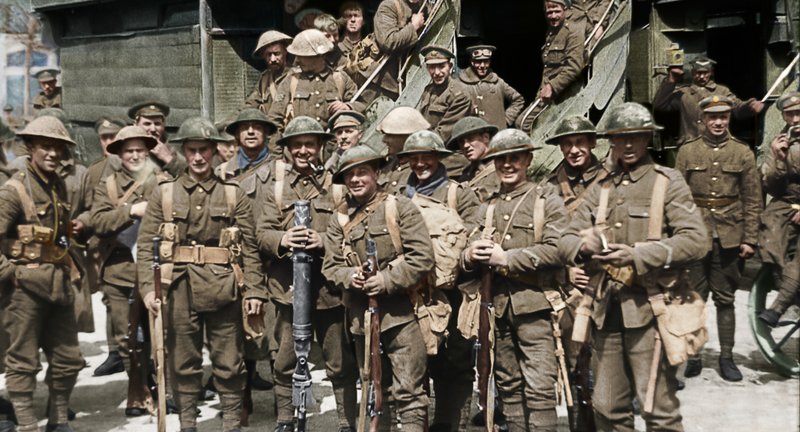 Just as there is no definitive documentary about World War II, neither is there one about World War I. The perspective provided by They Shall Not Grow Old, however, is unique and the film’s effectiveness is unlikely to be reproduced or duplicated due to the limited amount of available material from the time period. As a result, Peter Jackson’s assemblage of video and audio elements will likely be used for generations to come as the most accurate representation of what things were like. No matter how effectively Hollywood might reproduce the horrors and battles of the First World War (as in Sam Mendes’ recent 1917), no amount of movie magic can quite match the power of real images. They Shall Not Grow Old isn’t just a compelling motion picture; it’s an important slice of cinema.