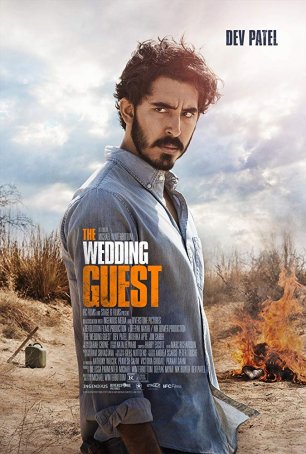 An intriguing blend of globetrotting neo-noir and road trip plot elements, The Wedding Guest often seems on the cusp of greatness without ever getting there. The film classifies more as a disappointment than a success because, despite its little triumphs, it fritters away too many opportunities and suffers through a turgid middle act (a common enough flaw in road trip movies regardless of how unusual the setting may be).

The Wedding Guest launches with tremendous velocity, following the journey of a young, bearded man who goes by the name of Aasif (among other aliases) and is played by Dev Patel. By the time he passes through airport security on the way from England to Pakistan, we sense something is up and the feeling of unease increases when his first stop after landing is to buy a couple of guns. Those aren’t the only supplies he purchases – duct tape and plastic ties are also on his shopping list. It takes a while before we learn that Aasif’s motivations aren’t terrorist-related. Instead, he’s in Pakistan for a wedding and his “mission” is to kidnap the bride-to-be, Samira (Radhika Apte), so she can be reunited with her English lover, Deepesh (Jim Sarbh). Things go wrong, as is always the case in noir movies. Aasif and Samira end up on the run, crossing the border into India while trying to avoid the law and connect with the slippery Deepesh, whose interest in Samira is inversely proportional to how much trouble she could bring to him. Once her kidnapping becomes front-page news, he wants nothing to do with her, which creates problems for Aasif. 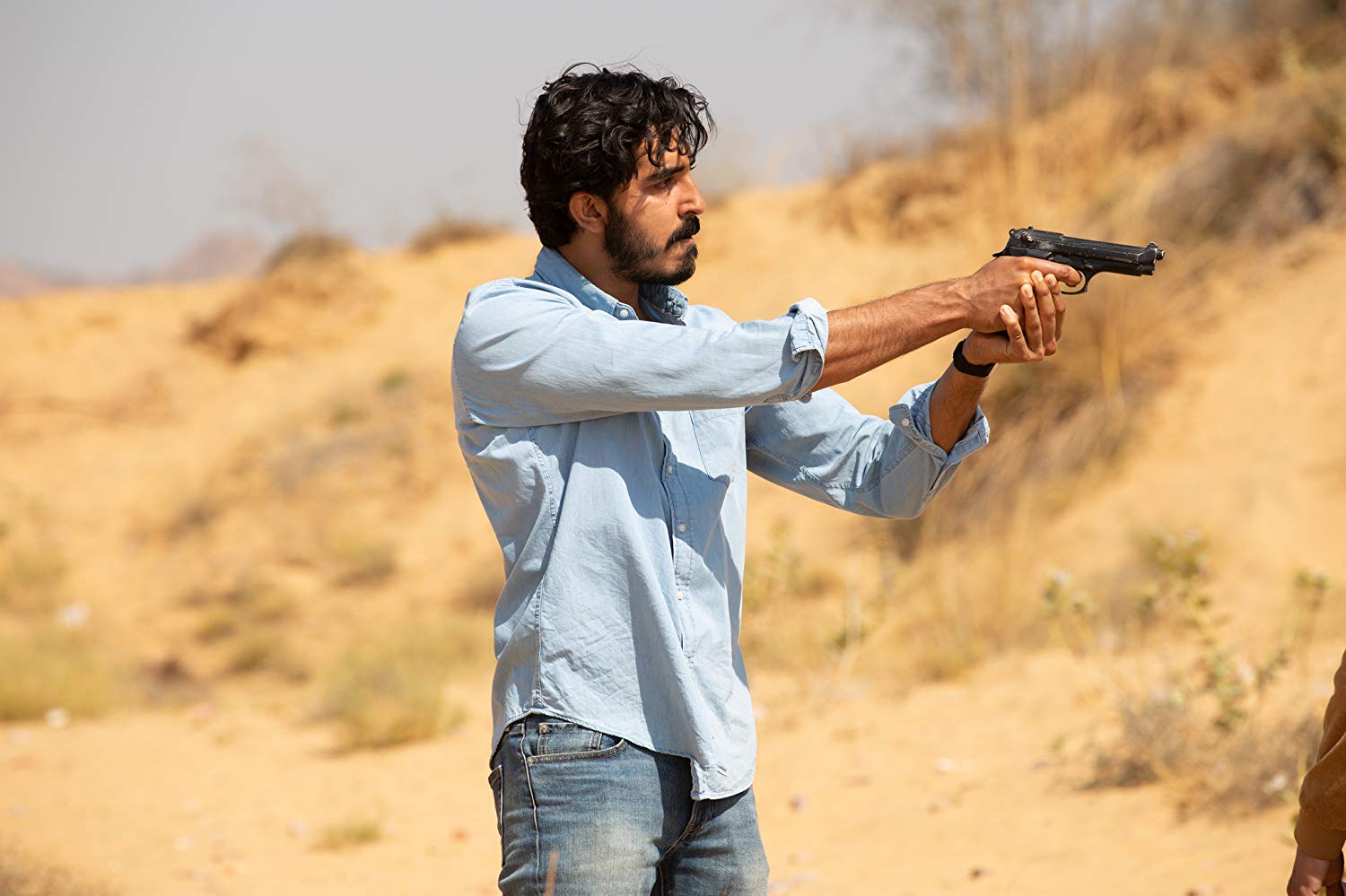 By casting the affable Patel (Slumdog Millionaire) in the lead, director Michael Winterbottom assures a degree of audience sympathy for the cold-blooded mercenary he plays. Patel is credible in this against-type role and it’s never hard to root for him. He and co-star Radhika Apte express solid chemistry although the low-key screenplay never allows it to generate more than fitful sparks. Unfortunately, the film loses momentum after a tremendous first half-hour and, once the road trip portion of the story takes over, things bog down. Deepesh feels too much like a plot contrivance designed to prolong Samira’s time with her “kidnapper” and, although the pair are internationally infamous, there’s never a sense that a noose is tightening around them.

The Wedding Guest ends strongly – although not as strongly as it begins – with Samira taking a decisive action that recasts her as something other than a victim. This is a road trip movie where the destination means something. The problem is with the trip. Although the scenery is interesting – we see more of the “real” Pakistan and India than is the norm in international productions – and Aasif’s building romance with Samira tries to keep us engaged, there are times when the production feels overlong even though it’s a relatively slim 94 minutes.

Winterbottom has been making movies for a quarter of a century. His best years – a several-year period during the late 1990s and early 2000s when he crafted the likes of Jude and Welcome to Sarajevo – are long past. In recent years, he has been making under-the-radar films much like The Wedding Guest – competent, watchable pictures that lack staying power. I liked this better than the last two or three of his films that I’ve seen but, despite my admiration for its strengths, I can’t wholeheartedly recommend it. There’s too much of a sense of “missed opportunity” here. It lacks the consistent tension that would have allowed it to work as a thriller. It skims the surface too much to function as an examination of Asian/Western cultural clashes. It doesn’t have the patience to allow the simmering romance to ignite. And it falls prey to the numbing monotony that slows too many road pictures.