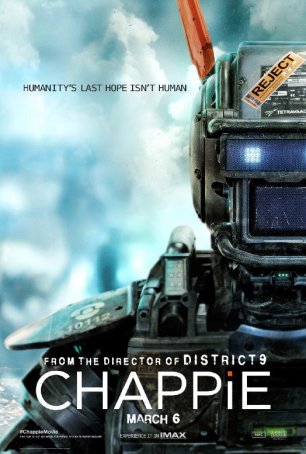 Chappie, the latest science fiction endeavor from South African director Neill Blomkamp, isn't just a disappointment; it represents a misfire. It's as if the filmmaker took a number of recognizable science fiction tropes, tossed them into a blender, and arrived at this mishmash of undercooked ideas and undeveloped characters. An ode to artificial intelligence, Chappie seems not to realize that stories about synthetic characters achieving sentience have moved beyond the realm of high tech Pinocchios. 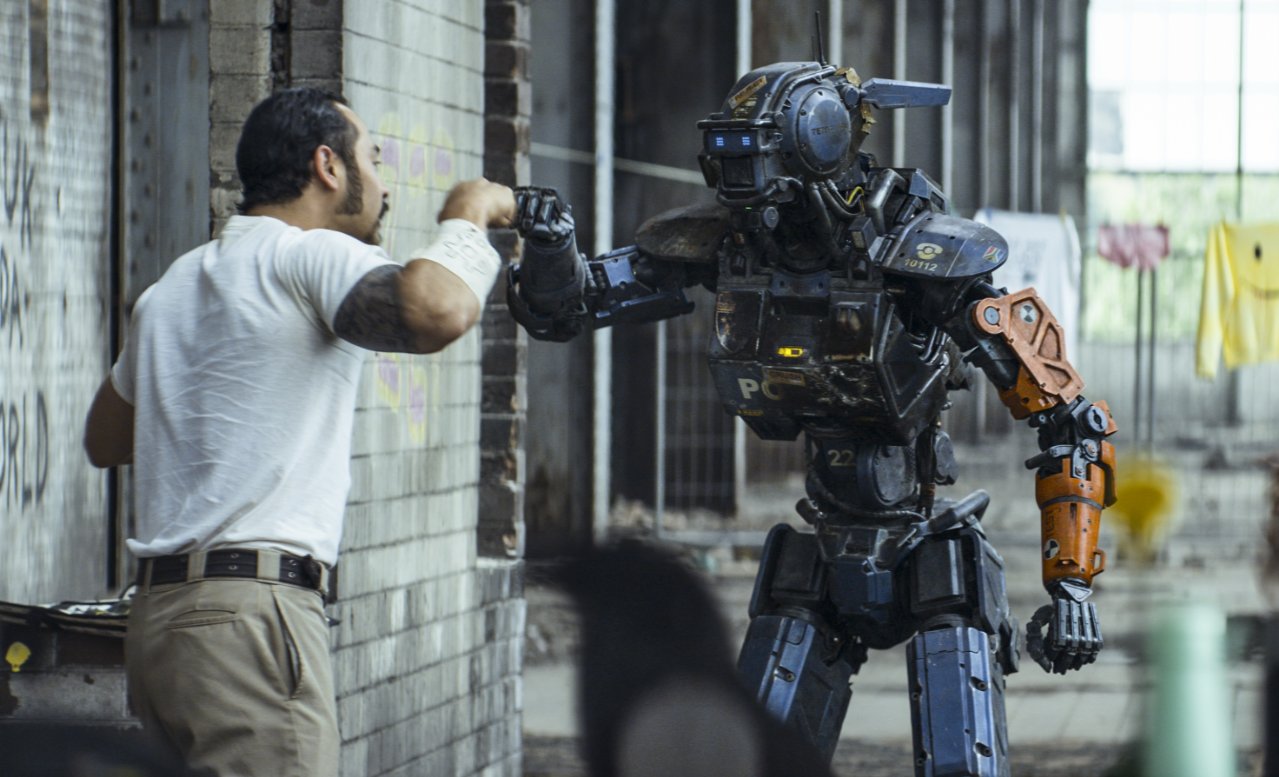 Like Blomkamp's breakout District 9, Chappie takes place in a near-future South Africa. With crime out-of-control, the Johannesburg police department unveils a program that places robot cops on the front lines. (Large parts of Robocop appear to have been appropriated for this film along with bits and pieces of Short Circuit.) The creator of the Scout program, Deon Wilson (Dev Patel), is lauded by his company's CEO, Michelle Bradley (Sigourney Weaver) - much to the chagrin of Vincent Moore (Hugh Jackman), a rival developer whose oversized Moose robot has been pushed to the side in favor of the Scouts.

Deon, who is interested in A.I., "operates" on a damaged Scout, later to be named Chappie (frequent Blomkamp collaborator, Sharlto Copley, provides the voice and motion capture work) and transforms him into real live boy. But Chappie falls into the hands of bumbling gangsters Ninja (Ninja), Yolandi (Yo-Landi Visser), and Amerika (Jose Pablo Cantillo), who want to use him in a major heist that will net them the money they owe to crime boss Hippo (Brandon Auret). Chappie finds himself bombarded by conflicting moral codes (Deon's non-violence and Ninja's shoot-to-kill) while his damaged battery leaks energy. Meanwhile, back at the office, Vincent plans his next move.

Criminally underwritten characters result in actors like Hugh Jackman, Sigourney Weaver, and Dev Patel (Slumdog Millionaire) having little to do. Jackman does his best Snidely Whiplash impersonation - he deserves better. Patel's Deon is given no personality beyond his moral code and a Geppetto-like obsession. The most interesting thing about Sigourney Weaver is that she again appears in a movie where the A.I. gets out of control, but she's on-screen for so little time that her part qualifies as a glorified cameo. By limiting the exposure of his well-known stars, Blomkamp is able to highlight the "work" of Ninja and Yolandi of the music group Die Antwoord, whose performances vary from awkward to grating. Then there's Chappie, who is probably intended to be a cross between E.T. and C3PO but comes across as closer to Jar-Jar Binks in terms of audience appeal.

Although the script for Chappie is riddled with problems, the middle section is the most seriously flawed. During this part, Chappie is presented as a child with a thirst for learning who laps up the lessons of his "mother", Yolandi, and "father", Ninja. The sequences are often played for comedy, which indicates a shocking tone deafness on the part of Blomkamp, since the inescapable conclusion of the allegory is that the child is being abused and neglected. In one horrific scene, Chappie is brutalized and loses an arm. Granted, Robocop contained its share of hard-to-watch scenes, but Paul Verhoeven understood how to use those moments to make a point. In Chappie, such material seems as gratuitous as it is ugly. Blomkamp wants to use Chappie to offer commentary about topics as diverse as the shallowness of corporate culture, society's rejection of non-conformists, and the plight of the undertrodden. Normally, science fiction could be considered a good vehicle for such thematic explorations (that was the case with District 9 and, to a lesser extent, Elysium), but Chappie's presentation is strident and off-putting. Blomkamp's approach: never use a chisel when a sledgehammer will do. Chappie's story is never compelling - the character is too irritating - and Blomkamp's unwillingness to dig beneath the surface of things like the morality of putting a human consciousness in a mechanical body is frustrating. There are also some basic real-world gaffes that damage the film's credibility, such as the ease with which Vincent commits his sabotage - don't they use security cameras in 2016?

It's hard to ascertain who the audience is for Chappie. There's not enough action to entice those who demand a high level of energy from special effects-laden efforts. The allegorical aspects are too poorly handled for science fiction fans to show more than a cursory interest. And the human characters are so sketchily drawn that there's minimal dramatic potential. There's material in Chappie for a worthwhile motion picture but too little is explored by Blomkamp to make this worth a trip to a theater.