As a writer by trade (at least before he started directing), David Koepp should know that a good ending is at least as important as a good beginning, if not more so.  You Should Have Left, a haunted house movie that doubles as an homage to Stanley Kubrick’s The Shining, has the latter but not the former. The final moments of the film are not only anti-climactic but they’re fundamentally unsatisfying. The movie does an effective job with all the expected horror movie tropes – things that go bump in the night, shadows that don’t move the way they should, images in mirrors, etc. – but the basic narrative loses its way around the time that Amanda Seyfried is sent packing.

Kevin Bacon plays Theo, a rich man with a secret in his past who’s married to Susanna (Seyfried), a much younger actress. Perhaps because of their age difference and perhaps because Susanna’s films appear to be on the racy side (after having sex with Theo, she expresses gratitude that she doesn’t have to “fake it” with him), Theo has difficulties with the green-eyed monster. He knows all of his wife’s passwords and religiously (and secretively) checks her cell phone, tablet, and laptop, looking for indications of infidelity. The third player in this drama is Ella (Avery Essex), the couple’s daughter.

When Susanna’s latest project relocates across the ocean to continue production, Theo suggests they use the break as an opportunity for some family time. To that end, they rent an unnecessarily large (“it’s bigger on the inside,” quips Theo, indicating the Koepp is likely familiar with Doctor Who) and convoluted house in the Welsh countryside. But there are some spatial and temporal abnormalities about the place. On their first night there, when Theo wanders around the labyrinthine corridors turning off lights, five hours pass before he returns to the bedroom. 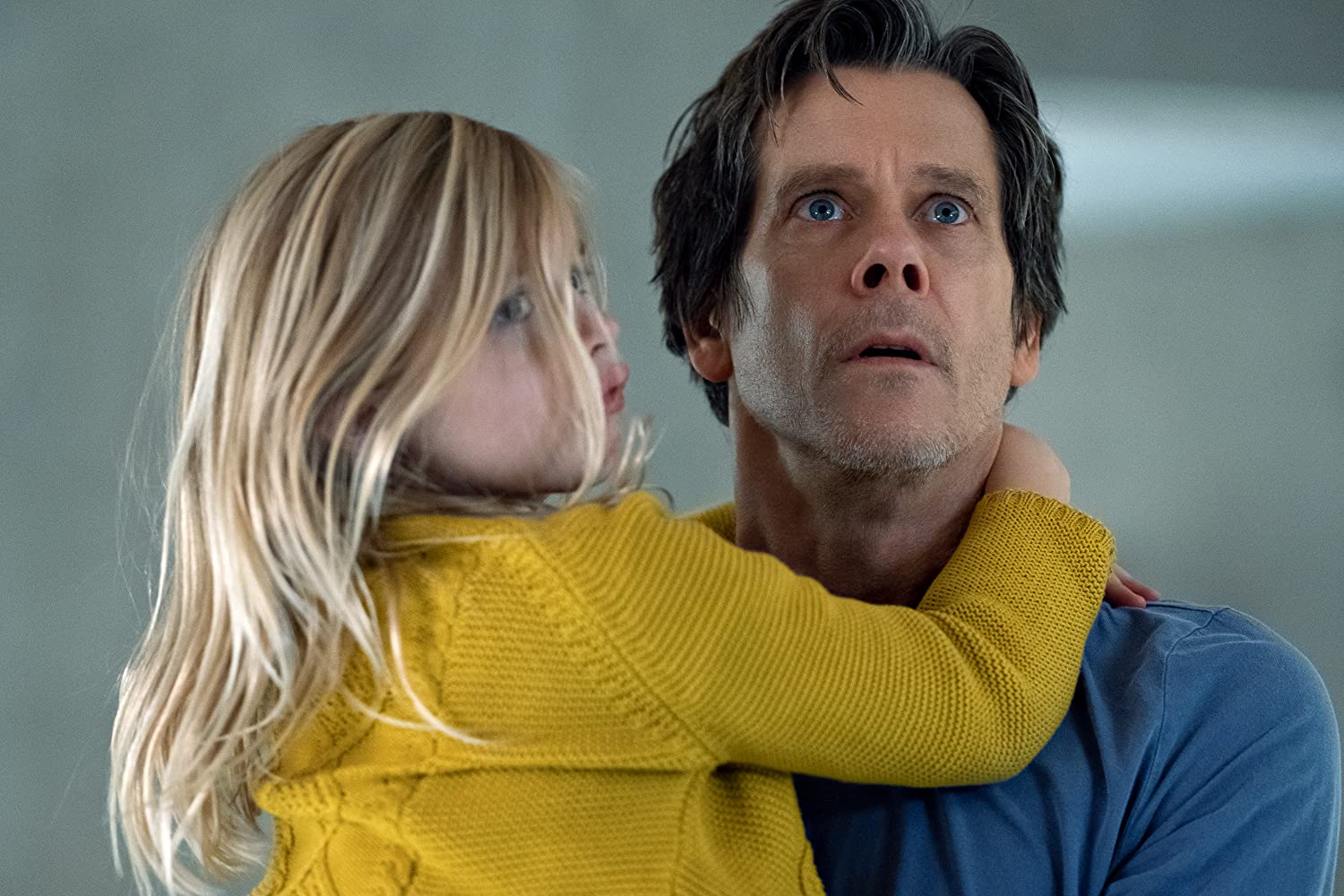 Soon thereafter, Theo’s discovery of Susanna’s secret second phone provides evidence that his jealousy wasn’t misplaced. Husband and wife have a fight and she takes the car to go off somewhere for the night, leaving Theo and Ella behind in the haunted house. Things quickly get weird and bad and, when the pair tries to flee, they discover that the house isn’t willing to let them go. All roads, it seems, lead not to the nearby village (which is four miles away) but back to the front door of the rental place and the mysterious figure lurking inside.

If only Koepp, adapting a story by German novelist Daniel Kelhmann, had figured out a better ending. Actually, the problem may be more the lack of a fully fleshed out backstory than the resolution. The “sin” is underplayed and the flashbacks related to it are perfunctory. The revelation is so expected that I’m not sure it qualifies as a twist. I found the film’s final fifteen minutes to be obvious, predictable, and generally disappointing. I kept waiting for something to happen that I wasn’t expecting but nothing of that sort occurred. 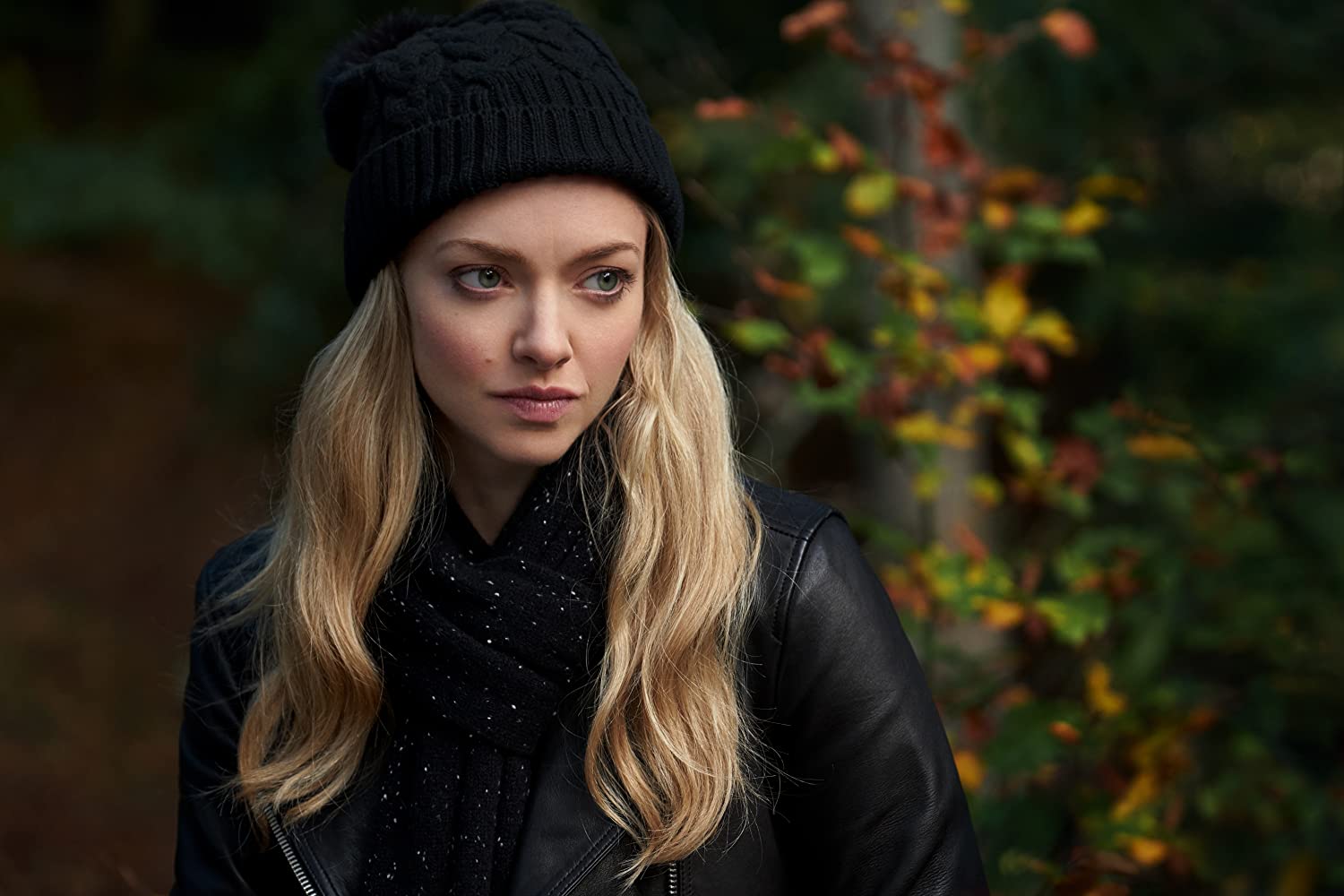 This certainly isn’t Kevin Bacon’s first trip down the horror aisle. Although he may be best known for fare like Diner, Footloose, and She’s Having a Baby, his resume also includes the likes of Friday the 13th, Tremors, Flatliners, and Stir of Echoes (which he made with Koepp). His “everyman” likability makes it easy for viewers to sympathize with his character. Bacon and Seyfried don’t evince much chemistry. That may be by design but it weakens the dynamic between them and mutes the impact of Theo’s discovery of her unfaithfulness. Avery Essex is about as effective as any cute child-in-danger in a movie of this sort. Her character exists as a means to manipulate the audience.

You Should Have Left is a Blumhouse special and, as is often the case with the movies churned out of Jason Blum’s factory, the emphasis is more on jump-scares and shocks than logic or narrative coherence. If someone was to argue with Blum that the movie doesn’t make any sense, he would respond that such a criticism is missing the point. Horror works best, however, when the viewer is drawn into the maelstrom rather than sitting outside recognizing various niggling problems. You Should Have Left feels generic and doesn’t do anything to justify the “premium” ($20) tag that Universal has placed on it. In the realm of throwaway horror flicks, there’s a place for You Should Have Left. It doesn’t deliver enough to warrant being labeled as more.