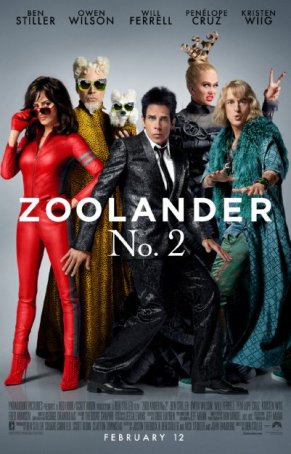 Fans of Ben Stiller’s fashion satire Zoolander will be delighted to learn that Zoolander 2 offers more of the same. Of course, there are drawbacks to this approach - those who were less-than-impressed by the 2001 comedy aren’t likely to be converted by the sequel, limiting theater attendance to those who can dredge from their memories the first film’s occasionally quotable lines of dialogue.

“Why now?” is a reasonable question. After all, it has been 15 years since Ben Stiller brought Zoolander to multiplexes. Although never a box office dynamo, Zoolander, much like Austin Powers, found new life on home video. Still, until recently, there was never much push to make a second installment. As with the first, the comedy falls into the Pink Panther/Dumb and Dumber/Anchorman category, but fewer of the jokes hit pay dirt than in Zoolander. There are some clever bits and the satire is at times scathing but, on the whole, moments of hilarity are like oases in a desert of tedium. When Zoolander 2 isn’t funny, the silliness strains the viewer’s patience. 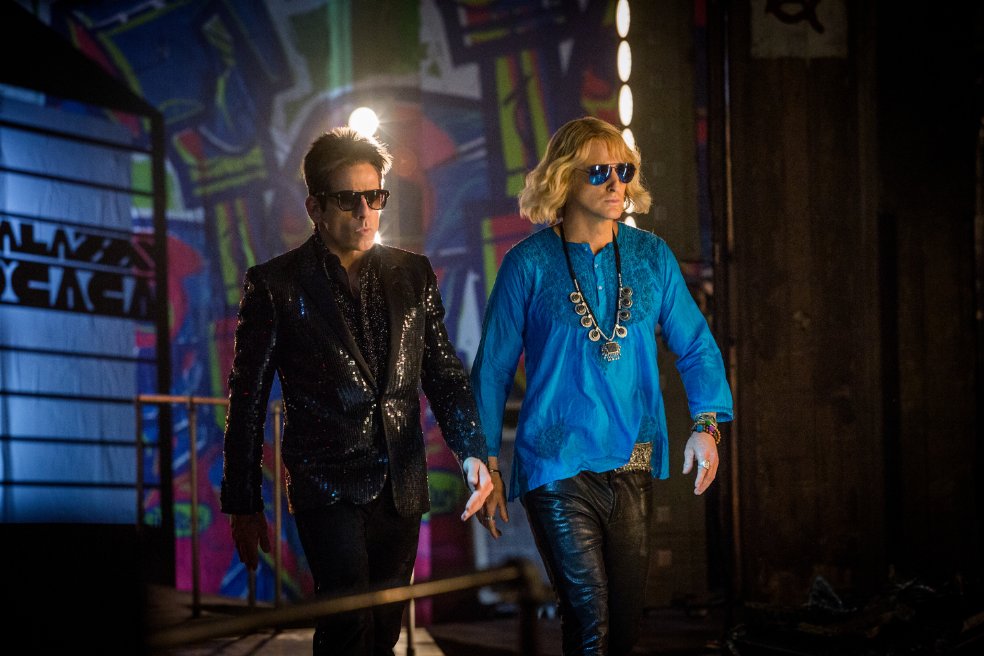 Zoolander 2 transpires more than a decade after the first film. The title character (Stiller) has gone into seclusion, living as a “hermit crab” following the death of his wife, Matilda (Stiller’s real-life wife, Christine Taylor, appearing as a ghost). His son, Derek Jr. (Cyrus Arnold), has lived in an orphanage since Derek was deemed an unfit father. In attempting to locate his son, Derek is reunited with former rival Hansel (Owen Wilson). He gains a new companion in sexy government agent Valentina (Penelope Cruz) when it becomes apparent that his personal quest dovetails with an investigation into the death of pop singers - all of whom die wearing Derek’s patented “blue steel” look. Behind the nefarious goings-on is Derek’s arch-nemesis, Mugatu (Will Ferrell), and his new co-conspirator, Alexanya Atoz (Kristen Wiig). Their goal is to rid the world of its fashion icons thereby giving Mugatu dominance in that arena.

I earlier referenced Austin Powers; Zoolander 2 has a similar feel to the Mike Myers-fronted sequel. And, although Crocodile Dundee was a better movie than Zoolander, there are similarities between the series’ second installments. It comes down to a lack of narrative, a sense that all the potential was wrung out in the first movie, leaving behind little more than repetition and regurgitation. As is true of many second-tier comedies, the plot generates little interest, forcing the humor to absorb the weight of maintaining audience interest. The original Zoolander struggled with this; Zoolander 2 is even less successful. 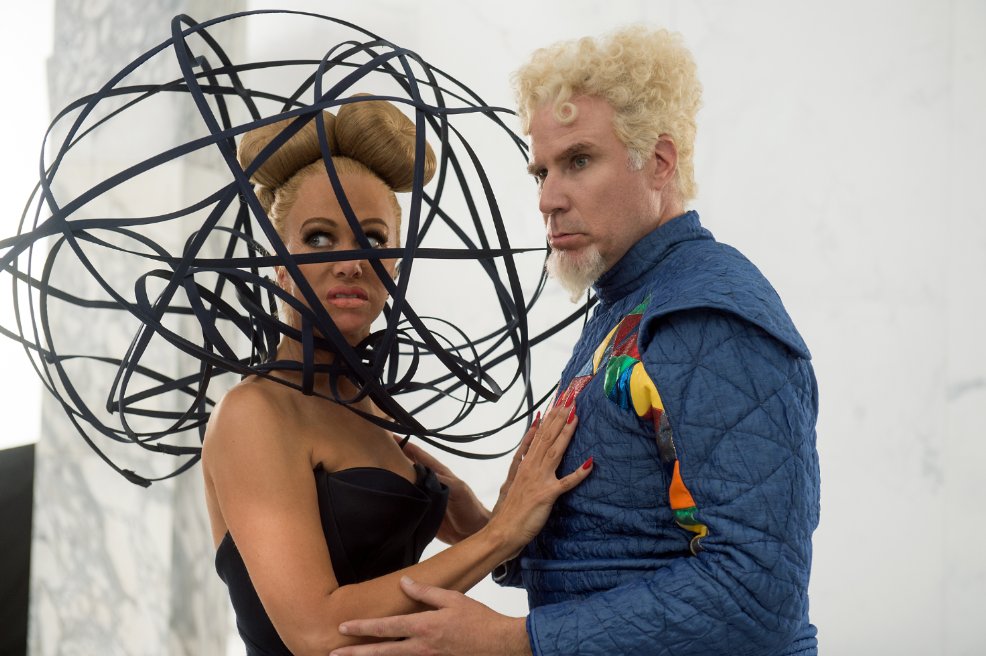 Cameos were one of the hallmarks of Zoolander and there are more in Zoolander 2. Although some famous faces have only a couple seconds of screen time, others have much more (including dialogue). Notable appearances include Billy Zane, Kiefer Sutherland (channeling Jack Bauer anger), Sting, Benedict Cumberbatch (in a role he’ll never live down), Susan Sarandon, Ariana Grande, John Malkovich, Katy Perry, Neil deGrasse Tyson, M.C. Hammer, Justin Bieber (who is killed off during the opening sequence), and just about every famous face/name in the fashion industry.

Stiller and Wilson channel their inner morons, vying with each other to see who can say the most idiotic thing or twist his face into the most inane expression. Will Ferrell does his best Dr. Evil impersonation and fellow SNL alum Kristen Wiig is unrecognizable under her makeup. Newcomers Penelope Cruz and Cyrus Arnold add little. The movie suffers from the dramatic reduction in time for Christine Taylor, whose Matilda was the most relatable character from the original. However, to the extent that Zoolander 2 is all about Stiller, he delivers the goods as ably as Jim Carrey, Paul Hogan, and Will Ferrell did in their second outings. Unfortunately, there’s not a lot else here, making one suspect Zoolander would have been better left as a stand-alone cult classic.