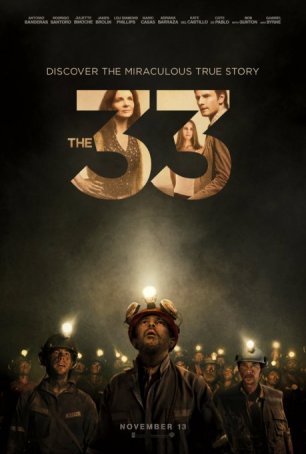 Some material is inherently better suited to documentary (rather than feature film) treatment. That’s the case with The 33, a “based on fact” account of the 2010 Chilean mining disaster that riveted news-watching populations worldwide. The most interesting aspects of the movie relate to things that are inherently non-cinematic like the engineering feats involved in the rescue. On the other hand, the dramatic elements are saddled with an artificiality that recalls bad soap opera.

Similarities between The 33 and Everest illustrate the difficulty of transforming a real-life disaster story into a mainstream motion picture. Granted, this movie ends more optimistically than Everest but both films are unable to capably cope with so many characters. In The 33, about 2/3 of the trapped miners become nameless background ornaments. Those who are accorded significant screen time are pigeonholed into familiar types. One character, for example, is “the young guy with the devoted wife who’s about to give birth.” Another is the “malcontent with sister issues.” And of course there’s “The energetic, upbeat man who shows natural leadership qualities.” And so on…  As viewers, we never become invested in these men. There are too many characters with too little depth. 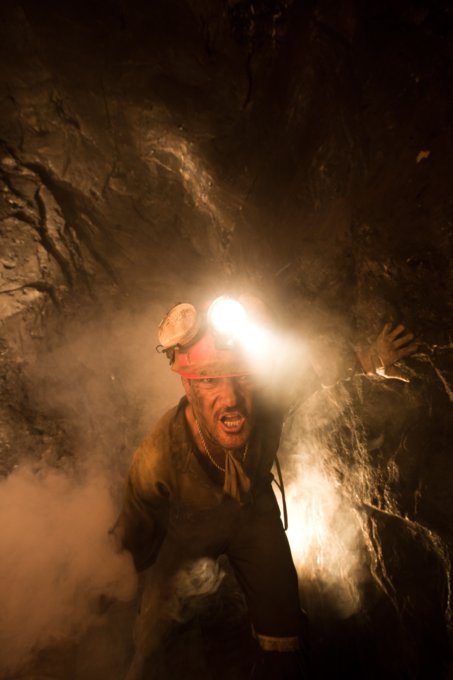 Everest overcame some of the same problems by offering audiences impressive visuals and an overwhelming sense of atmosphere. The 33 can’t boast either of those qualities. The film’s minimal budget influences how little spectacle is available and director Patricia Riggen is unable to capture the sense of claustrophobia that should infuse the underground scenes. She culls an energetic performance from Antonio Banderas as Mario "Super Mario" Sepulveda, the miners’ leader, but no one else distinguishes himself or herself. Bob Gunton, as Chilean president Sebastian Pinera, is more notable for his distractingly inconsistent accent than his portrayal. Juliette Binoche is miscast. Rodrigo Santoro, as Minister of Minery Laurence Golborne, is too low-key. Performance issues likely have much to do with the script, which tries too hard to mix “human interest drama” with the thriller-like elements of disaster movies. This approach has rarely worked in the past and it doesn’t work here.

For those unfamiliar with the news story in question, which unfolded between August and October 2010, The 33 provides an adequate chronology. 33 men are working 2300 feet below the surface in a gold-copper mine located in Copianopo, Chile, when a cave-in traps them. As the government mounts a disorganized rescue operation, friends and families hold vigils and news coverage brings the drama into homes all across the world. At first, the miners are in danger of dying of hunger and thirst but the opening of an artery allows small items to be funneled from the surface into the mine. The problem then becomes how to extract the miners before they give into despair or a further collapse kills them. 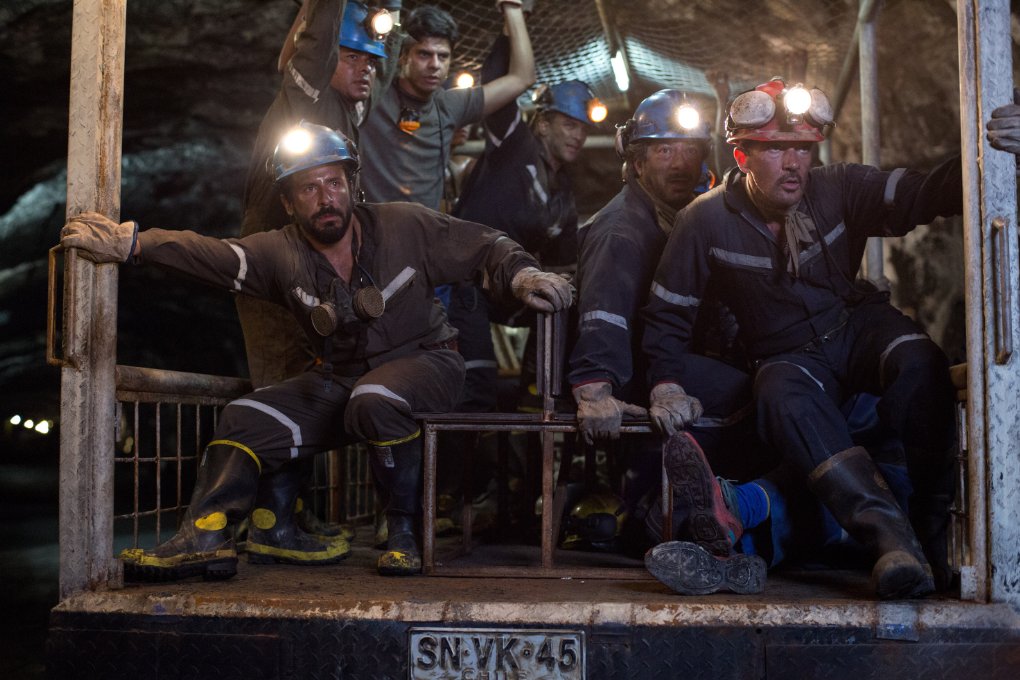 The movie all-too-briefly touches on the political ramifications for the Chilean government. As President Pinera points out, the fate of his administration rests on the survival of the miners. The film dramatizes the internal tension that develops among the miners who begin to squabble once their dislike of confinement replaces the fear of imminent death. The unevenly paced film generates some suspense during the initial stages of the rescue but the resolution of a key technical problem is presented in a too-facile manner.

The root problem of The 33 is that, in attempting to do too much, it succeeds at too little. In trying to breathe life into too many characters, the screenplay transforms them all into thinly-drawn caricatures. In focusing on its feel-good, inspirational ending, it fails to make nearly 2 hours of hardship a worthwhile experience. The 33 consistently feels contrived and cliched, which is strange because it’s based on well-documented events. It might be possible to make a gripping film about the 2010 mining disaster but The 33 isn’t it.