After Everything (United States, 2018) 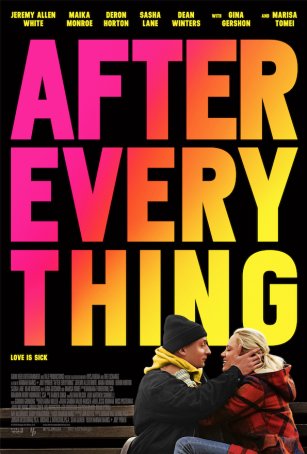 Spoiler Alert: This review contains spoilers related to something that happens about mid-way through the movie. Although I generally don’t like revealing plot points, it would be difficult to present a meaningful discussion of the movie without at least talking in general about certain outcomes. The review does not reveal anything about the final half-hour of the movie. You have been warned.

For a while, After Everything looks like a melodrama cast in the mold of The Fault in Our Stars: a cancer-related romance that proceeds toward an ending guaranteed to send Kleenex stock soaring. However, while this is indeed a romance and one (although not both) of the participants is stricken with an aggressive form of cancer, the movie is interested as much in what happens after the cancer goes away as it is during the treatment. That – and the splash of reality that accompanies it – is what gives After Everything its uniqueness. This isn’t just another “cancer movie.”

The film opens with the obligatory meet-cute. Elliot (Jeremy Allen White) works at the sandwich shop where Mia (Maika Monroe) gets her lunch. Thinking that knowing her daily order provides him with a connection to ask her out, he approaches her. Initially, she gets a stalker vibe from him but she eventually relents and agrees to a date. However, as romance blossoms, Elliot’s health takes a turn for the worse. He is diagnosed with cancer and, although his physician, Dr. Harden (Marisa Tomei), is initially optimistic, the chemo/radiation treatments don’t work. Forced to tell his parents (Dean Winters and Callie Thorne) the truth, Elliot asks Mia to travel with him to New Jersey. As his condition worsens and a low-success operation appears to be his only hope, Elliot and Mia get married – a last act of love for a couple whose happiness appears destined to be cut short…

Except it isn’t. The operation works. Elliot goes into remission. Then, given a new lease on life, he has to cope with what happens after. He and Mia love one another but they prove to be a poor long-term match. He has to find something to do with a life that has been drifting without aim. She pursues a career that takes her away from him. He begins to resent that, even though he is no longer suffering from the disease, everything about him is defined by “cancer.” 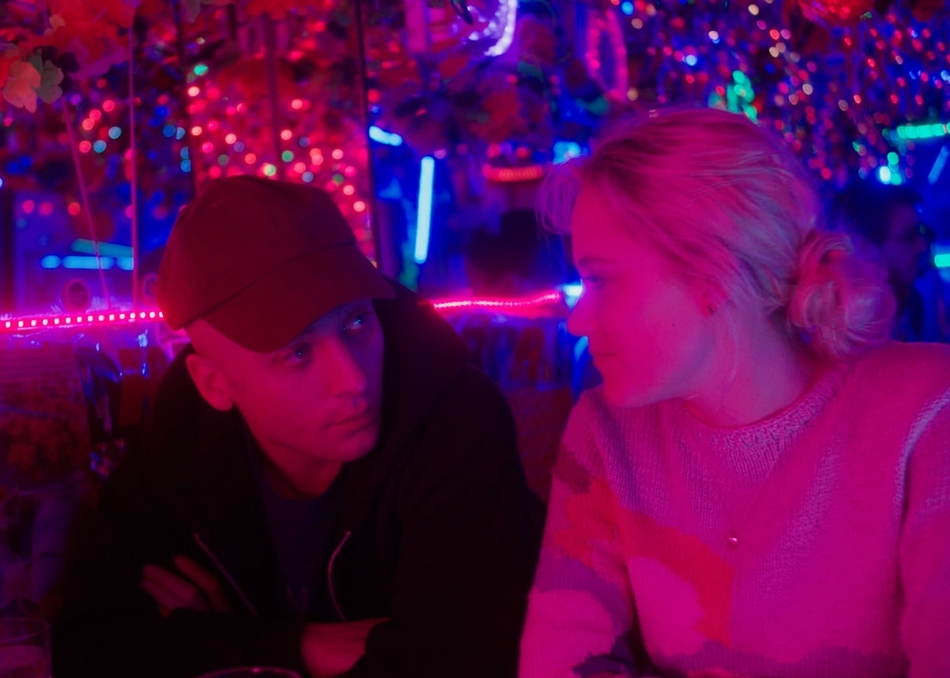 In Speed, Sandra Bullock’s character remarks, “I've heard relationships based on intense experiences never work.” There’s an element of truth in that, at least insofar as the romance between Elliot and Mia is concerned. While he’s sick, they are inseparable and deeply devoted. She quits her job in order to be with him. But, once he’s healed, the love between them and the associated “shotgun” marriage becomes a manacle.

The film features a pair of strong performances. Maika Monroe (the standout in the indie horror film It Follows) crafts a complex character who is forced to traverse the emotional gauntlet of the caregiver. Jeremy Allen White, a regular in the Showtime series Shameless, allows Elliot to show an angry, self-centered personality without losing the audience’s sympathy. The two have more than enough chemistry to make their romance believable and vital. The supporting cast includes a pair of well-known names: Marisa Tomei as Elliot’s doctor and Gina Gershon and Mia’s mother.

Most movies are so focused on what happens at the end of cancer treatments (whether it’s death or remission) that they neglect what comes after. For the cancer survivor, everything doesn’t suddenly go “back to normal” and the threat of the cancer’s return is a constant companion. For the caregiver/companion, the sudden change is liberating and a relationship that thrived under a specific dynamic may no longer be viable in the absence of the sickness. These are elements that After Everything addresses and writer/directors Hannah Marks and Joey Power do so with intelligence and sensitivity.

After Everything (United States, 2018)