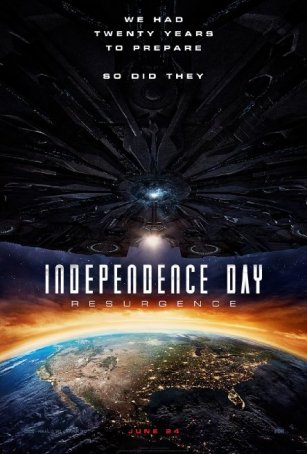 The temptation is there to say that Independence Day: Resurgence tarnishes the image of its predecessor but the original Independence Day wasn’t all that good to begin with. It’s probably better in our memories than it ever was on celluloid and, as a result, the sequel looks considerably worse by comparison. In fact, when it comes to dredging up old Devlin/Emmerich memories, Resurgence recalls nothing more strongly than the colossal 1998 misfire of Godzilla. Its shameless pilfering from science fiction classics (a little Star Wars, a little Aliens…) doesn’t appreciably elevate the material. This is a clear example of a story being thrown together to serve the special effects, not the other way around. And, whenever you start out trying to please a non-English speaking audience first, you end up with something on the Transformers end of the sci-fi spectrum.

20 years is an eternity to wait for a sequel and, by now, it’s a good bet that a significant portion of the audience doesn’t care. 16-year old boys have turned into 36-year old men with other concerns. Independence Day may have caught lightning in a bottle; it’s doubtful the sequel will be as lucky. More likely, the studio will be left thunderstruck by how poorly it performs. A better story might have made some difference but the real killing blow may be the absence of Will Smith. Then again, considering his (rejected) salary demands for reprising his role, maybe 20th Century Fox showed some semblance of fiscal sanity in this regard. 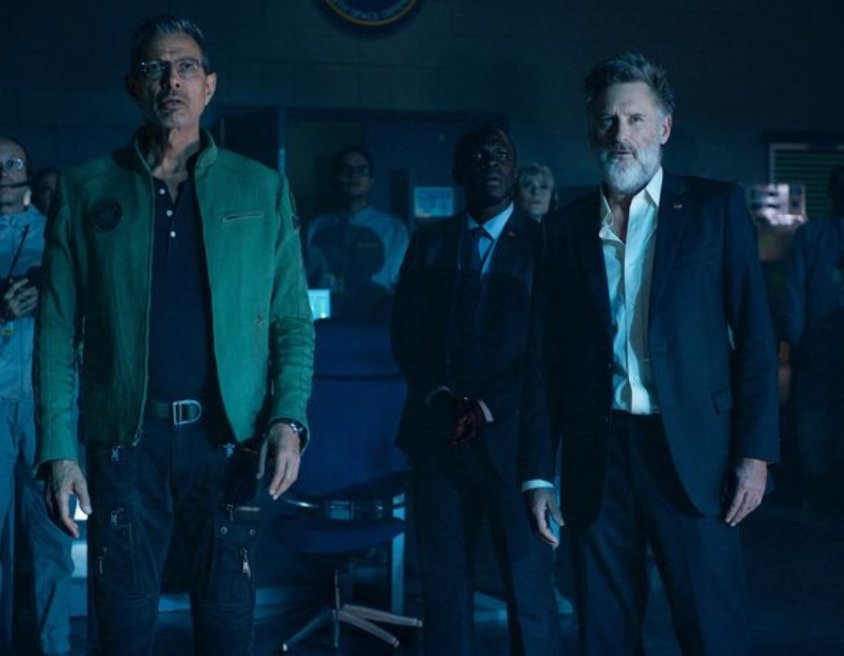 Returning cast members include Jeff Goldblum as David Levinson, a scientist who now acts and sounds exactly like Ian Malcolm, his Jurassic Park alter-ego; Bill Pullman as ex-President Whitmore, who still likes giving rousing speeches; Judd Hirsch as David’s grumpy father, whose character is even more annoying this time around; and a couple of other minor players (Brent Spiner, Vivica A. Fox). Maika Monroe plays Patricia Whitmore, the president’s grown-up daughter, and Jessie T. Usher is Dylan Hiller, the son of Will Smith’s dead character. The putative “lead” is Liam Hemsworth’s Jake Morrison, a hotshot pilot who starts out the movie based on the moon. Sela Ward is the new president and William Fichtner is the hawkish General Adams. (Robert Loggia has a cameo. It’s impossible to determine, however, whether this was filmed before Loggia died or whether it’s the result of CGI manipulation. Either is possible considering the blink-and-you’ll-miss-it nature of his appearance.) 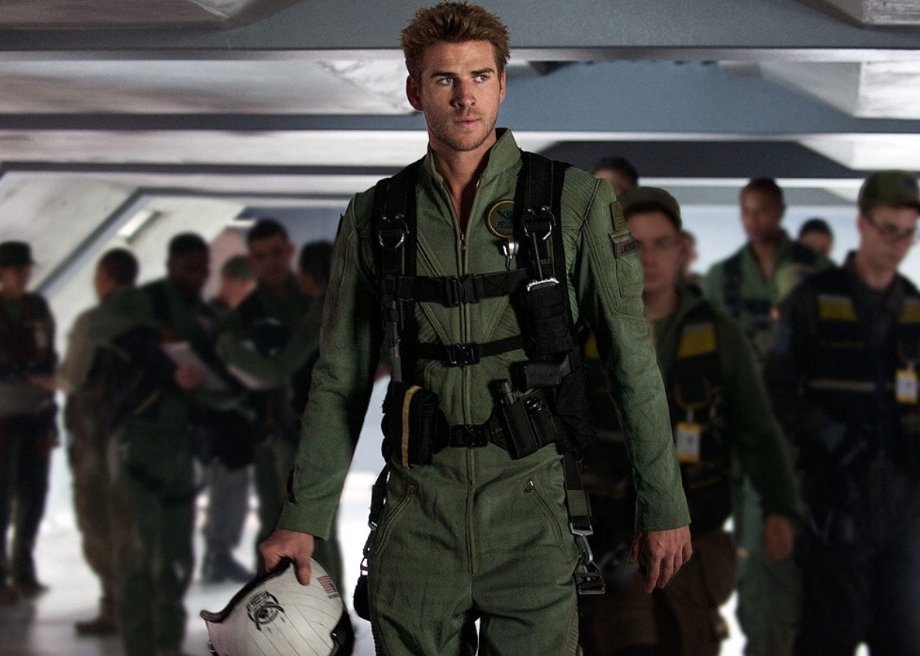 Independence Day: Resurgence transpires on the 20th anniversary of the “War of 1996,” as it’s being called. Whitmore, a bearded, hobbled recluse (shades of Donald Pleasance in Halloween 6), is sounding the warning cry that the aliens are coming - something the moon crew, including Jake, finds out first-hand. David, investigating the only intact alien ship from the first invasion, heads for the moon as soon as he learns that something interesting has been shot down. From that point, it’s an alien-invasion-by-the-numbers approach in the Emmerich/Devlin/Bruckheimer/Bay style, with lots of pyrotechnics, massive destruction, and far too many pointless secondary characters.

Independence Day: Resurgence is supposed to be light summer entertainment, an opportunity to sit back and not have to think too much. Actually, thinking of any kind will ruin the experience because this movie is too stupid to survive even a moment’s consideration. It’s too predictable and pointless to be more than sporadically enjoyable and those moments are few and far between. With the exception of David (who, as I mentioned above, seems more like Goldblum’s Jurassic Park character than the original incarnation), everyone from the first film is treated rather shabbily. The objective of Independence Day: Resurgence is to get the next generation off the ground and it doesn’t go well. During one of the endless, interminable dogfights, I started rooting for the aliens. That’s not a good sign.

The attack on the mother ship is intended to pay homage to the Death Star run in Star Wars. Unfortunately, it doesn’t even achieve the level of Anakin’s whoopee! attack on the droid control ship in The Phantom Menace. As for the queen alien - H.R. Giger’s estate should sue (I looked for his name in the end credits but didn’t see it). Although reminiscent of the alien’s look from the original Independence Day (which was, in and of itself, highly derivative of Alien), this one borrows so heavily from the queen mother in Aliens that I kept waiting for someone to shout, “Get away from her, you bitch!” Didn’t happen. I guess Emmerich doesn’t recognize that, with a film this cheesy, that sort of thing will buy a little goodwill.