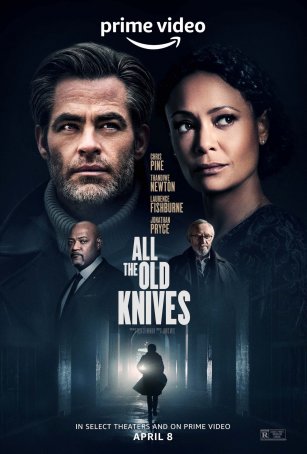 With its frequent jumping around in time, All the Old Knives runs the risk of losing the viewer somewhere in the space-time continuum. Movies like this, which demand a non-linear approach for maximum impact, risk diluting the characters, which admittedly happens here. We’re so busy trying to put together all the pieces and assemble the chronology of events that we almost forget about the human element. Fortunately, the screenplay by Olen Steinhauer (based on his book), is intelligent, relying more on misunderstandings, miscommunications, and mistakes than traditional action set-pieces. And, by the time we have put everything together, there’s still an opportunity to feel.

Chris Pine may be best known as the latest incarnation of Captain James T. Kirk but, with Kirk (temporarily?) on the shelf, Pine has drifted into other areas. He has played Wonder Woman’s love interest in the two Gal Gadot-starring vehicles and has dabbled in spy/special ops stories, including one in which he played Jack Ryan. In All the Old Knives (not to be confused with The Contractor, which is being released almost simultaneously), Pine plays the Ryan-esque Henry Pellham, an agent assigned by his boss, Vick Wallinger (Laurence Fishburne), to look into the agency’s response to a terrorist attack from six years ago. Higher-ups have determined that some of the intelligence information in the possession of the terrorists was leaked, implying the existence of a mole. Pellham is tasked with unmasking the mole and handling the “clean-up” (eliminating them). He has two primary suspects: his one-time co-worker Bill Compton (Jonathan Pryce) and his long-lost love, Celia Harrison (Thandiwe Newton). Celia is married with kids but, when the two meet for an interview, it’s clear that both have unresolved feelings for one another. The mystery of how they didn’t end up living “happily ever after” is explored in detail via extensive flashbacks from multiple points-of-view. 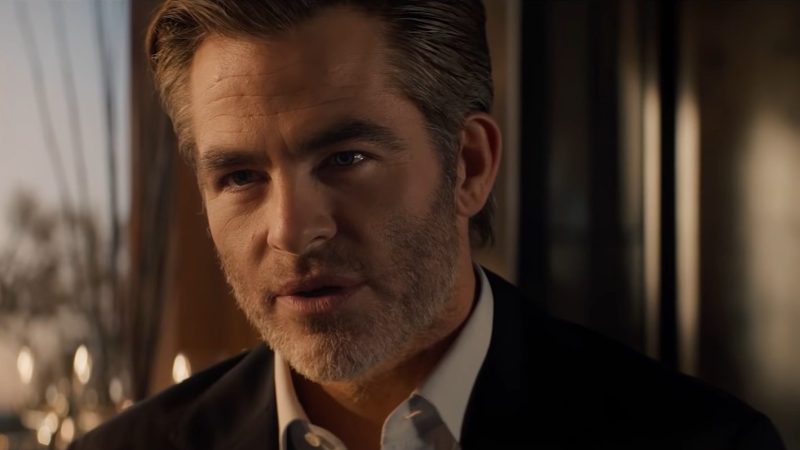 All the Old Knives is two movies for the price of one. The one occurring in the present timeframe, which chronicles Henry’s investigation, follows a fairly straightforward mystery template. There are a limited number of suspects (red herrings included) and it’s up to the viewer to deduce the culprit’s identity. It’s as much of a whydunit? as a whodunnit? The flashbacks, once assembled in order and connected, provide the backstory and it’s here that the movie falls short of its potential. The narrative thread related to the terrorist action and the ultimate failure of the intelligence community is compelling material but its presentation is frustratingly incomplete. We are spoon-fed moments only as they relate to the investigation, tantalizing us with a Tom Clancy-esque tale without fully telling it. We get enough to form a basic understanding (and what went wrong) but not enough to appreciate the enormity of the tragedy. The flashbacks emerge only insofar as they inform aspects of the investigation. Admittedly, it would probably require an additional hour of screen time to completely flesh out things and that would saddle the movie with an unwieldy 2 ½-hour running time.

All the Old Knives doesn’t feature a large cast. The majority of the screen time goes to Chris Pine and Thandiwe Newton, who are very good (although, outside of hairstyles, there’s not much difference between their appearances in the two separate time frames). Newton is eight years older than Pine but he plays Henry a little older than his actual age and she plays Celia younger. Their chemistry is strong, giving the tragedy and mystery of their failed romance as much heft as the larger espionage aspect. The other two “big name” actors, Laurence Fishburne and Jonathan Pryce, are underused (especially Fishburne). I’d imagine their scenes only took a few days to film.

Keeping in mind the limitations imposed on the production by the running time, All the Old Knives offers a compelling (if ultimately unremarkable) spy movie that tilts more toward a drama than a conventional action/thriller. There’s perhaps not enough complexity for a Clancy narrative but it’s in the same general ballpark.