In today’s climate, it may no longer be in vogue to offer a laudatory assessment of Woody Allen’s 1977 Oscar-winner, Annie Hall but, dammit, this is a really good movie and doesn’t deserve the opprobrium it sometimes receives because of the shadow that has fallen over its creator’s life. Allen made the movie when he was at the height of his creative powers and long before even a whiff of scandal dogged his tracks. In the late 1970s, the most salient question about Allen was which represented his greatest achievement: Annie Hall or the movie he made two years later, Manhattan. (Star Wars fans have a longstanding gripe with Annie Hall because it pulled off the upset and beat George Lucas’ blockbuster in the Oscar race. Although a case can be made for Star Wars, I think the Academy got it right. I love both films but Annie Hall is the more “Oscar-worthy” of the two.)

Annie Hall represented a change in focus for Allen as he began to transition from the pure, cartoonish comedy of his earlier films to the more sophisticated, philosophical approach he would continue to refine over the next fifteen years. There are plenty of big laughs in the movie, including a classic moment involving a sneeze, but Annie Hall has more heart than any of Allen’s previous efforts. The characters are more deeply realized and believable, the setting is vibrant, and the camerawork shows a new attention to detail (due in large part to the involvement of Godfather cinematographer Gordon Willis, who began a working relationship with Allen here). 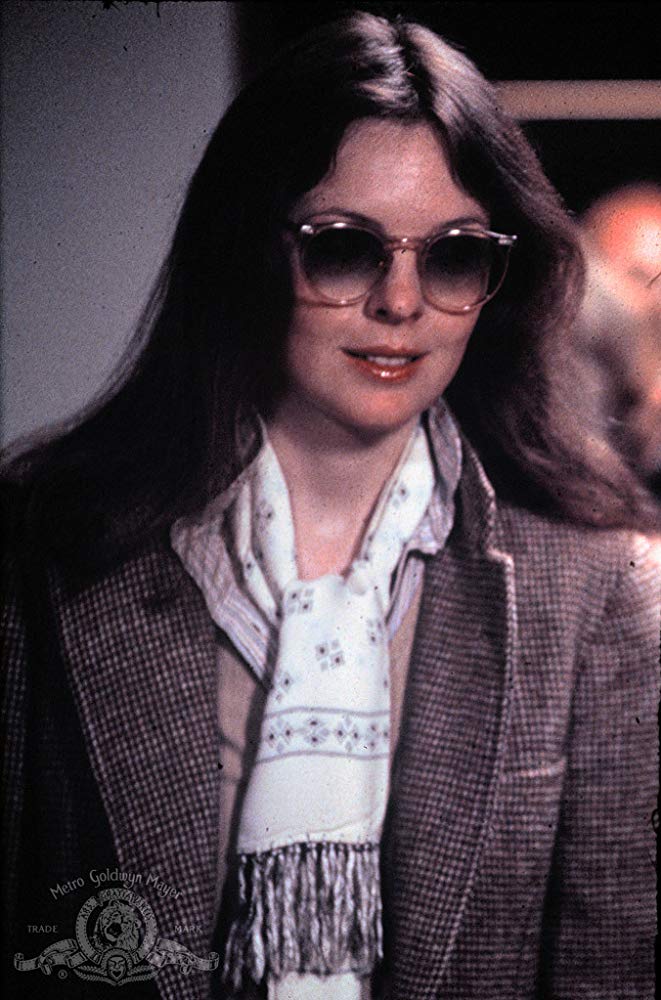 Annie Hall offers a non-chronological dissection of the relationship between the two lead characters, Allen’s Alvy and Diane Keaton’s Annie. The movie offers a collage of moments during their time together, from their awkward first meeting to their final goodbye. Many of the vignettes are comedic in nature, but the overall tone is wistful. This romantic comedy isn’t afraid to go beyond the point at which most love stories stop. It presents the entire narrative, thereby engaging in some fantasy-busting.

Allen employs a variety of surprising techniques in presenting what is, at its heart, a simple story. Split screens allow him to highlight parallelism. He breaks the fourth wall on several occasions, speaking directly to the audience. In one scene, while Alvy and Annie are in line waiting to see a movie, an obnoxious man denigrates Fellini and misinterprets Marshall McLuhan. Allen voices his disagreement directly to the camera. When the man objects, Allen produces McLuhan to provide a direct refutation. Later, during a conversation between Alvy and Annie, Allen uses subtitles to express their real thoughts. There’s an animated scene with Annie as the Wicked Queen from Snow White and an instance when Allen stops New York pedestrians to ask them questions about love. But any seemingly experimental feel is calculated; it’s all about keeping the audience engaged by doing the unexpected. 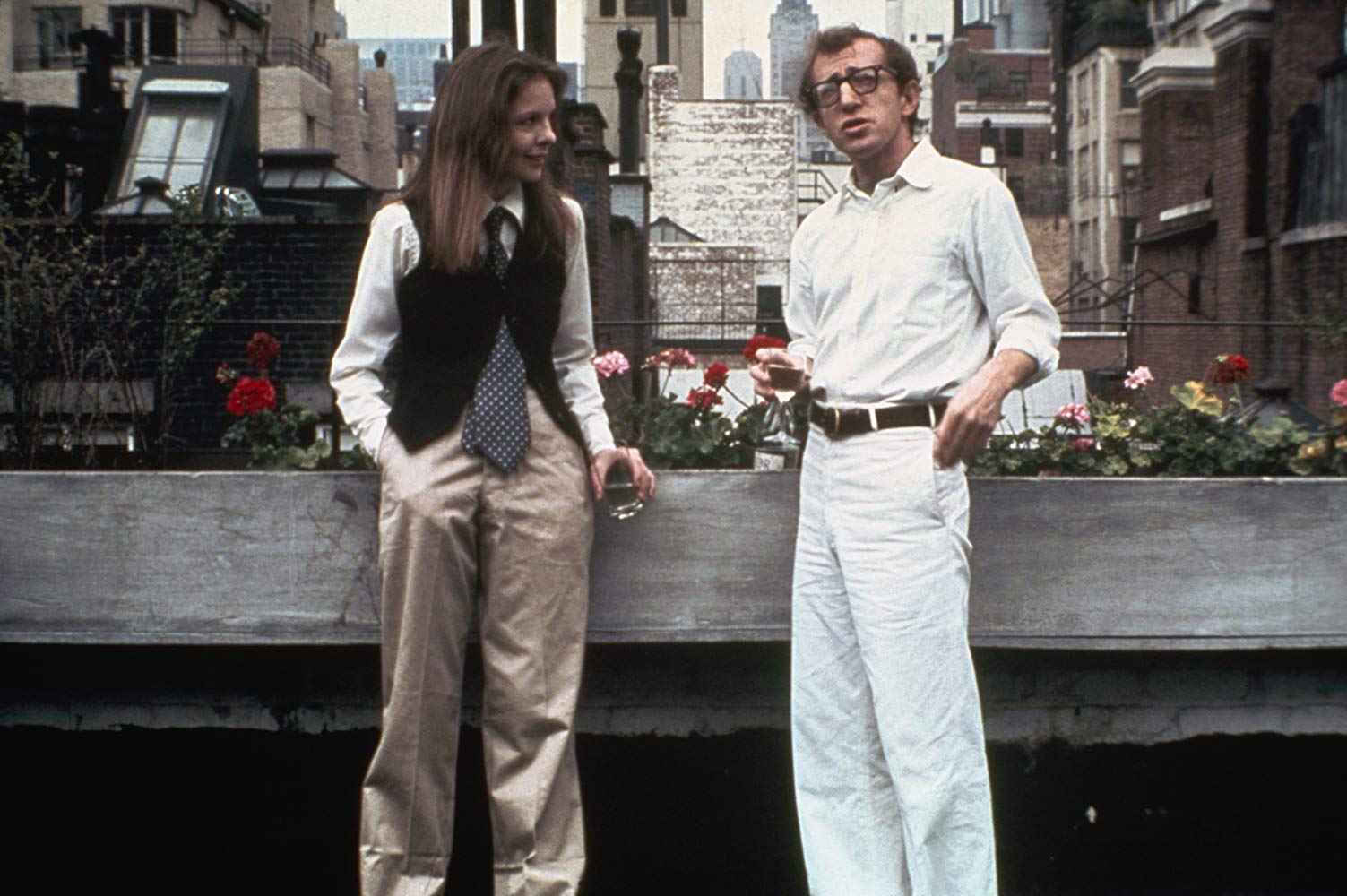 For Diane Keaton, this represented her fourth film collaboration with Allen after having previously worked with him on stage; she would make a total of six movies with him during the 1970s until Mia Farrow replaced her as his leading lady. As she has shown repeatedly over the years, Keaton knows comedy. Her timing is nearly perfect and she never overplays a moment unless she’s asked to. In Annie Hall, which Allen wrote specifically for her, she inhabits the character and we see Annie’s growth from a shy, uncertain young woman to the successful, self-assured person she becomes. Annie is presented in direct contrast to Alvy; he’s stuck in amber, never changing. She starts their relationship in his shadow but eventually emerges from her chrysalis, leaving him behind.

Various commentators have argued that Alvy is a thinly-disguised version of Allen, although the director has largely debunked this assertion. Nevertheless, there are similarities and the filmmaker has been known to use his productions as avenues for the exploration of personal issues. Alvy, like many Allen characters, is a neurotic Jew who advocates psychoanalysis. Both the character and the actor are recognizable comedians. (There’s an uncomfortable scene in which Alvy is accosted by two “fans” who identify him from being on Carson’s show – one suspects this may have been based on an actual encounter.) And, although it was ended by the time Annie Hall was made, Allen and Keaton once enjoyed an affair. 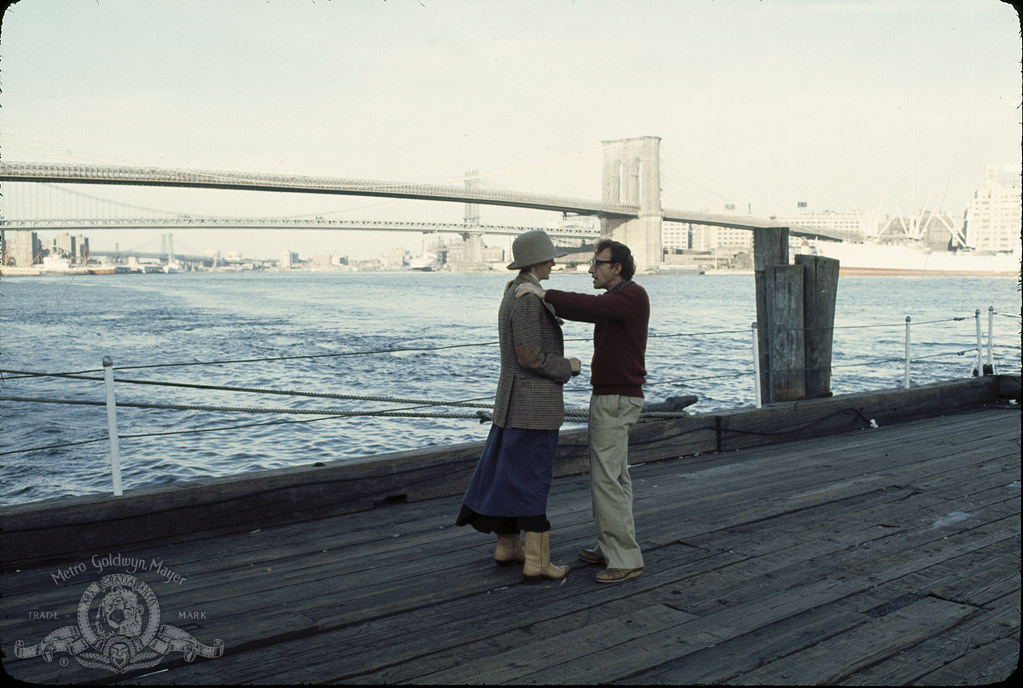 It has often been said that many of Allen’s films represent “love letters” to his hometown of New York City. Annie Hall is one of about a half-dozen features in which the setting is so vividly presented as to almost be more than a location. By taking the production to Los Angeles, Allen is able to contrast NYC with LA and, in the comparison, the latter city emerges all the more poorly for it. Allen’s romanticized perception of New York is of a warm, friendly place – a big city comprised of neighborhoods. Hollywood, on the other hand, is depicted as big, artificial, and impersonal, despite the sunny skies and balmy temperatures.

Unlike many smaller films from the 1970s that seem dated when viewed 40+ years later, Annie Hall stands apart as being fresh, inventive, and engaging despite its age. There’s probably no way to convince someone in the “never Woody” camp that the director made some great films during the first half of his career, with Annie Hall standing alongside Manhattan and Crimes and Misdemeanors among his finest. For anyone not immediately turned off by a glimpse of Allen, Annie Hall is magical enough to dispel doubts and welcome the viewer in. It remains funny (at times uproarious – it’s easy to forget how pointed and acerbic Allen’s one-liners could be), romantic, honest, and touching – all the kinds of things one wants from a smart rom-com that refuses to be guided by the genre’s tropes. Watching (or re-watching) Annie Hall provides a contemporary viewer an opportunity to understand why Allen was so beloved before his own missteps and the orgy of tabloid stories turned him into an ugly punchline.