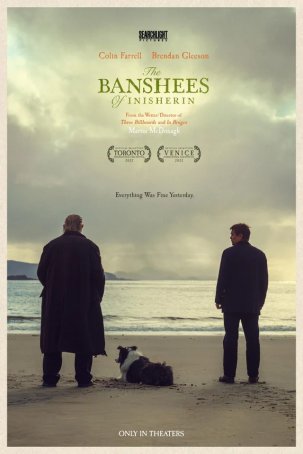 It could be argued that The Banshees of Inisherin works better as an allegory than a straightforward narrative. There’s power in the message conveyed by writer/director Martin McDonagh’s screenplay; it’s less a drama and more a rumination about the failings of humanity.

The movie is set on a remote island off the coast of Ireland during the year-long Irish Civil War (which transpired during the second half of 1922 and the first half of 1923). It’s a raw, inhospitable place with rolling hills atop granite cliffs that plunge into the raging waters below. Ben Davis’ camerawork captures the untamed beauty of the place while McDonagh takes care to get the period details right – this is a primitive world where electricity hasn’t yet arrived and communication is via letters that can take weeks to reach their destination. Life is basic in the small village where everyone knows not only everyone else’s name but their business as well. Purpose #1 in life is tending to the farms and animals that provide sustenance. Leisure time encompasses playing music, reading books, and sitting in the town’s lone pub, idly chatting over a pint or two. McDonagh brings Inisherin to life so forcefully that the place almost overwhelms those living in it.

Padraic Suilleabhain (Colin Farrell) and Colm Doherty (Brendan Gleeson) have been best friends for decades – until one day, seemingly without motivation, Colm decides he no longer wants to spend time with Padraic. There’s no specific trigger for this decision. Like a marriage in which one spouse falls out of love with the other, it has been building over time. Colm has grown tired of Padraic’s endless prattle. He wants silence so he can focus on what has meaning for him: writing music and playing it on his violin. He has come to see his former friend as an anchor whose existence is without purpose. This is a brutal shock to Padraic. His life has three foundational pillars: the companionship of his sister, Siobhan (Kerry Condon), with whom he shares a house; the love of his pet miniature donkey, Jenny; and the friendship of Colm, with whom he ventures to the pub every afternoon at precisely 2:00. With one of those gone, he’s teetering on the brink of collapse, lost and alone. Soon, he has attached himself to the guileless Dominic (Barry Keoghan), a youth who functions as the town idiot while being brutalized by his policeman father (Gary Lydon), but Dominic doesn’t fill the hole.

Padraic comes to the (incorrect) conclusion that the separation with Colm is temporary and the way to repair the friendship is to treat it as if it’s ongoing. An exasperated Colm then issues an ultimatum: every time Padraic approaches him, he will cut off one of his fingers. Everyone believes this to be a bluff until Padraic crosses a line and Colm responds with an action that shows he’s in deadly earnest. The friendship is dead. Why? Because Padriac is a bore and Colm wants nothing more to do with him. It’s that simple, cruel and capricious as it might seem.

This is a reunion among friends: McDonagh, Farrell, and Gleeson having already teamed-up in 2008’s critically beloved In Bruges. I didn’t love that movie (I felt let down by the third act) nor did I adore McDonagh’s follow-up, Seven Psychopaths (with Farrell but not Gleeson), which suffered from the same late-film narrative problems. But his third outing, Three Billboards Outside Ebbing, Missouri (with neither Farrell nor Gleeson but with Kerry Condon), is his most complete film to-date. Although The Banshees of Inisherin isn’t as emotionally fraught as Three Billboards, it avoids the narrative collapses of McDonagh’s earlier productions and delivers a movie whose themes linger and demand to be ruminated over late at night, while lying abed. 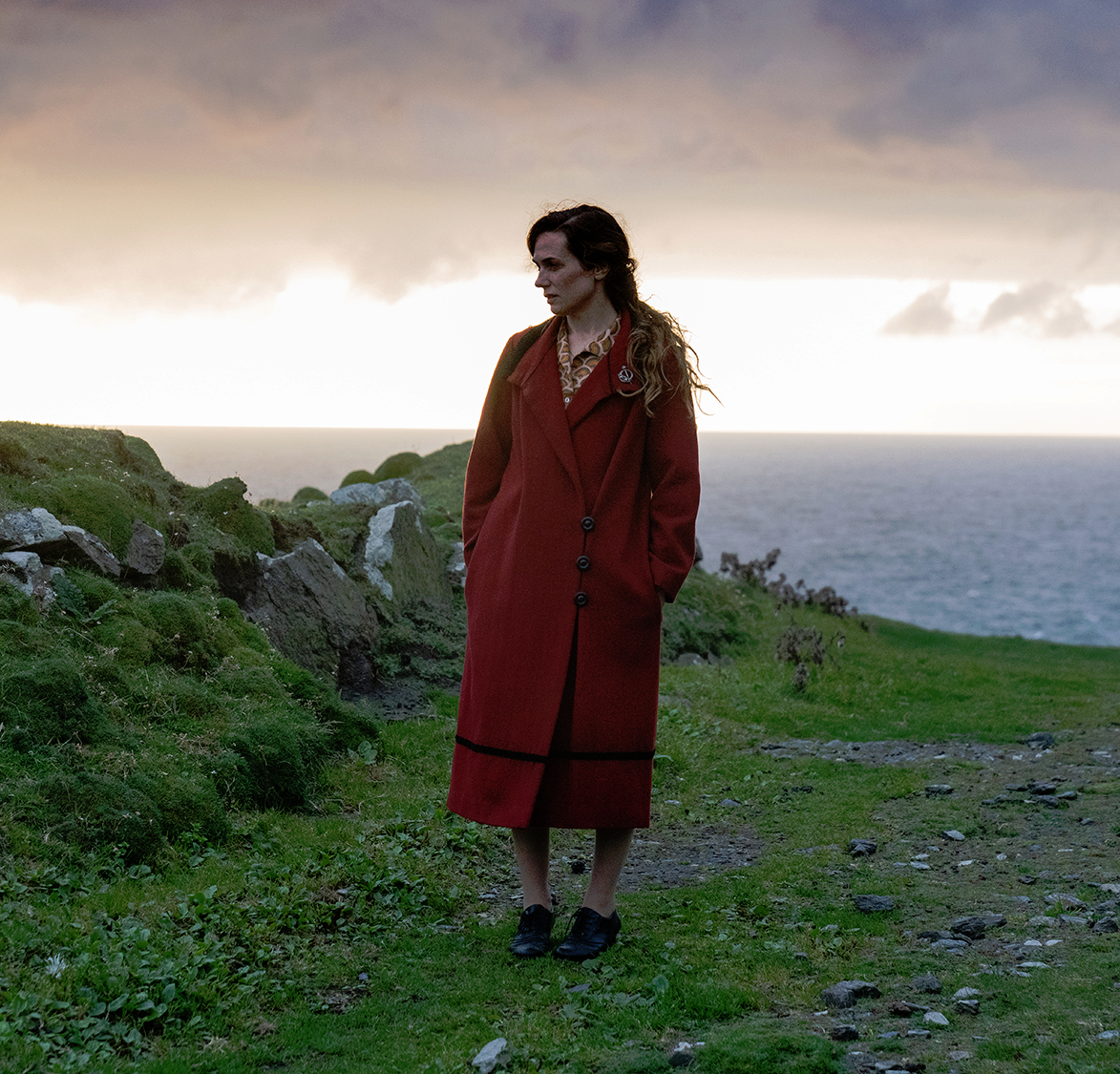 The quality of McDonagh’s writing shines through here. For all its nihilism, the movie is at times quite funny, albeit with a gallows shading to the humor. And it is thematically rich, delving into the bleaker aspects of human nature – how people too easily fall prey to their darker nature and allow stubbornness and an unwillingness to accept consequences to rule their lives. In one acerbic sentence, Siobhan nails it: “You’re all feckin’ borin’ with your piddling grievances.” It’s no coincidence, however, that the movie transpires in the shadow of the Irish Civil War (with gunfire and canons occasionally heard across the water). The politics of that struggle may not reach the island but the essentials of human nature cannot be easily escaped. 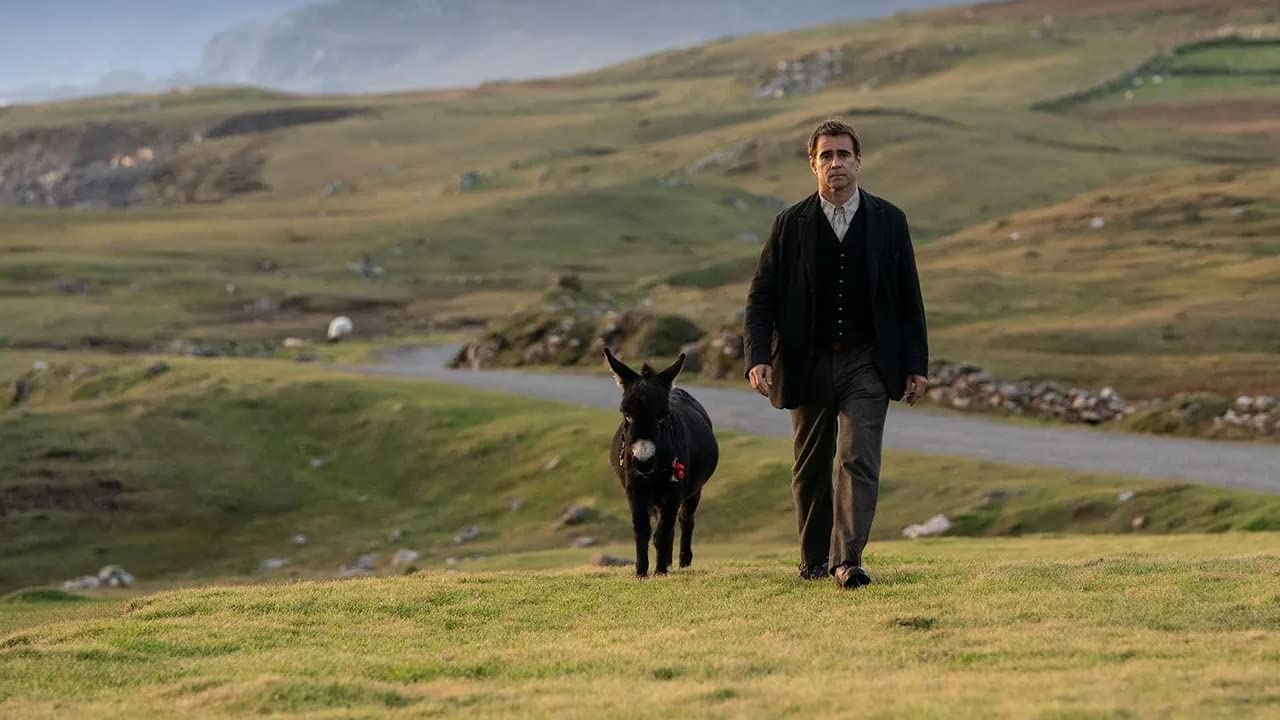 McDonagh has always been at his most comfortable when working with familiar actors and many of those in The Banshees of Inisherin have appeared in either his prolific stage work and/or one (or more) of his previous films. This familiarity may go a long way to explaining the ease with which each of the actors melts into his or her character. It’s a remarkable ensemble and the strength of the performances easily overcome some of the questionable choices of logic. No one is showy or ostentatious. There are no “Oscar reel” speeches. This is just good old-fashioned acting.

While I won’t argue that this is McDonagh’s best film, it is unquestionably his most Irish. And, despite the presence of a couple of internationally recognizable faces, The Banshees of Inisherin is designed more for art film audiences than those who camp out in multiplexes awaiting the next blockbuster. If indies are endangered then movies like this are to be embraced. Although the film will work if streamed (or otherwise viewed at home), a case can be made for seeing The Banshees of Inisherin theatrically. The tapestry is large enough for the big screen and the overall experience will reward the movie-goer far more than something slick and superficial like Don’t Worry Darling.