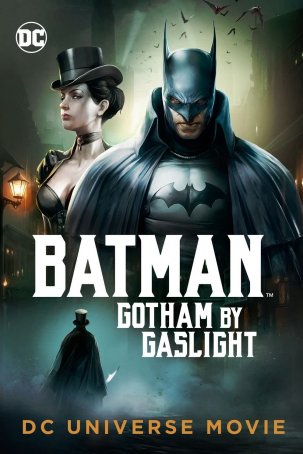 Loosely based on the graphic novel of the same name, Gotham by Gaslight takes the venerable Batman franchise and dumps it into the Victorian era. While many of the characters retain their names and some of the basic building blocks of their characters, the setting has been updated to new time period. The story also doesn’t feature any of the franchise’s signature villains, although some of their alter egos (like Selina Kyle, Harvey Dent, and Pamela Isley) play roles. Insertion into Warner Brother’s popular DC Animated Universe allowed the filmmakers greater creative latitude than they would have enjoyed with a live-action adaptation (had such a thing even been considered). Although there are times when director Sam Liu and screenwriter Jim Krieg’s vision diverges from what Brian Augustyn & Mike Mignola committed to paper in 1989 (including the true identity of Jack the Ripper), the basic premise is intact.

Gotham by Gaslight is more of noir detective story than an action/adventure. The bad guy is a buffed Jack the Ripper and Batman admits to having been mentored by none other than Sherlock Holmes. The Conan-Doyle references come frequently, including an allusion to one of his most popular quotes: “When you eliminate the impossible, whatever remains, however improbable, must be the truth.” Batman (voice of Bruce Greenwood) remains a masked vigilante circa 1890 but his methods are cruder. Other significant time-shifted comic book mainstays with prominent roles include Selina Kyle (Jennifer Carpenter), who shows cat-loving tendencies but never dons a catsuit; Commissioner James Gordon (Scott Patterson), who is of two minds about whether or not to trust Batman; and Alfred (Anthony Head). Others – like Barbara Gordon (the Commissioner’s wife here, instead of his daughter), Pamela “Poison Ivy” Isley, Harvey “Two Face” Dent, and Dick “Robin” Grayson – have cameos. 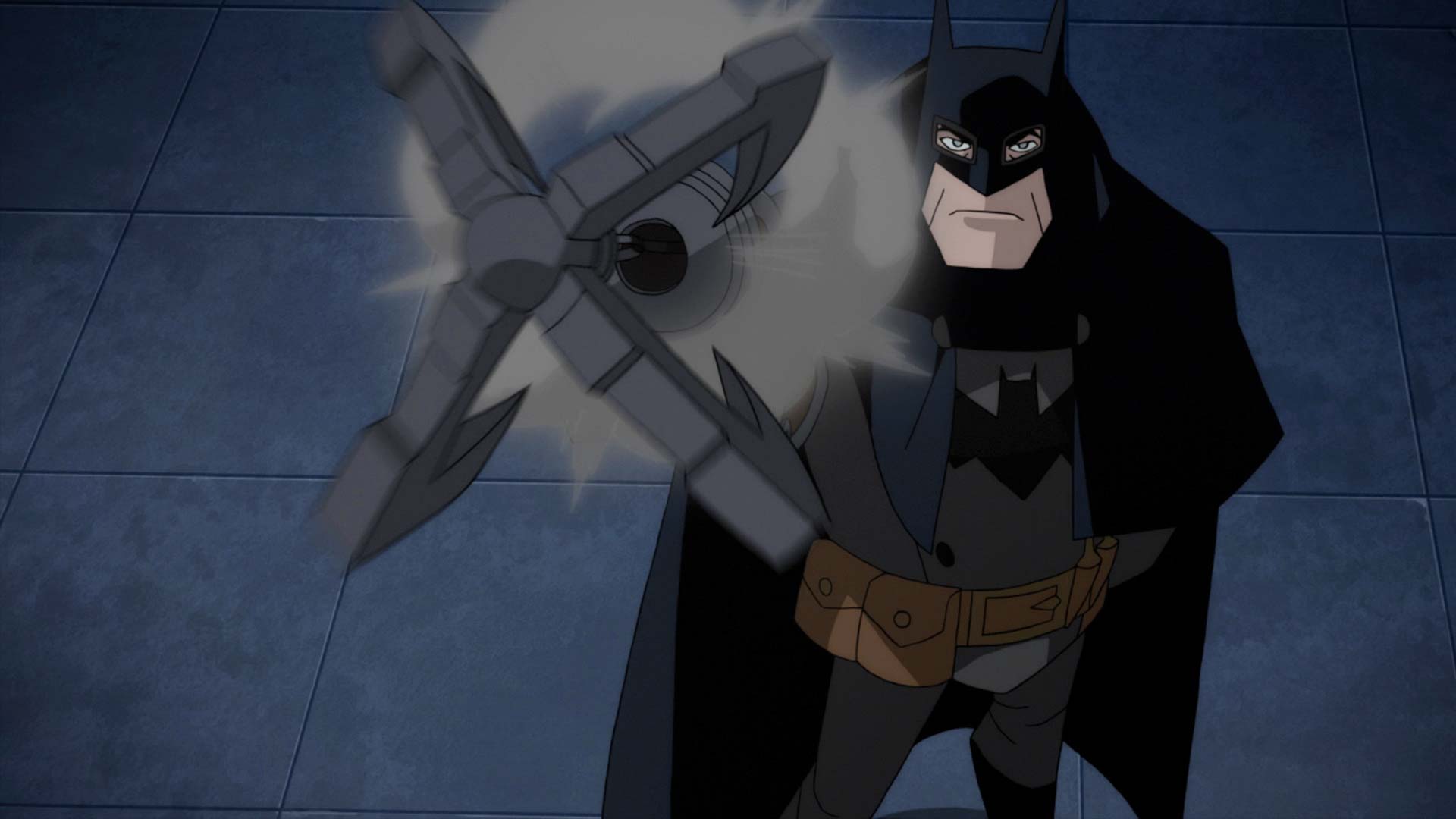 The story, which borrows surface details from the true-life book The Devil in the White City, imagines the concept of a serial killer on the loose at a World’s Fair. In this case, the fair in question is about to open in Gotham City, putting it for a period of time in the global spotlight. The killer is Jack the Ripper, fresh off the boat from his Whitechapel murder spree. (That, plus a reference to the 1962 battle of Antietam, help establish the date.) Batman, assisted by stage actress Selina Kyle, investigates the Ripper’s Gotham brutality, but he comes under suspicion of being the killer first by Chief of Police Harvey Bullock then later by Gordon, who subsequently cuts his nascent ties with the city’s caped crime fighter. Imprisoned (as Bruce Wayne), Batman must determine how to escape from prison so he can stop the Ripper from using the World’s Fair as a playground of terror.

Gotham by Gaslight offers vocal performances that are on par with the other animated Batman movies. Canadian character actor Bruce Greenwood (the former Atom Egoyan favorite who went on to play Captain Christopher Pike in two of the Star Trek movies), arguably the second-best “voice of Batman” (following longtime portrayer Kevin Conroy), has the right vocal cords to play the masked vigilante and, although he sounds different from Conroy, it’s not something the casual viewer would notice.  There’s not much star power in the rest of the cast (although Buffy fans might argue that Anthony Head, who portrays Alfred, represents the film’s biggest name) but everyone does what they’re supposed to do in animation: give voice to the drawn characters. 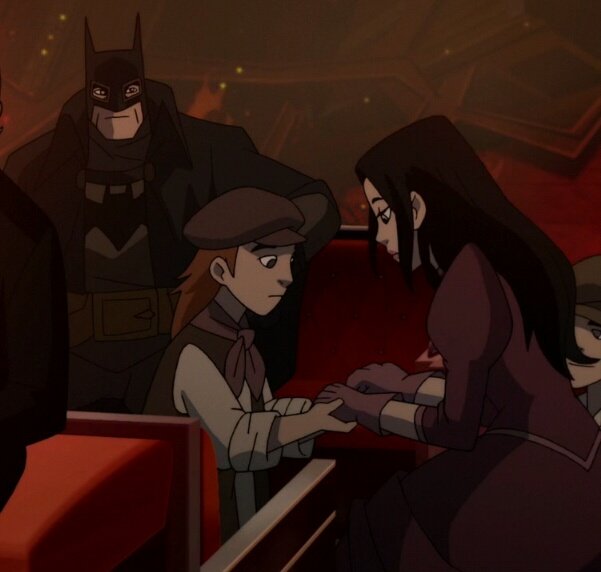 If there’s an area in which Gotham by Gaslight feels a little “cheap-ish,” it’s in the animation. When it comes to their DC direct-to-video line, Warner Brothers has never spent top dollars on the visual elements so, to expect the movie to look like a Pixar film (or even to achieve a more modest Ice Age appearance) isn’t realistic. About the best that can be said for the animation is that it’s better than that of a Saturday morning cartoon or a Nickelodeon afternoon kids’ show…but not by much. Inspired by the look of Japanese manga and made by a nearly all-Japanese crew, the film gets maximum bang for the buck but there are times when the animation becomes the movie’s biggest obstacle to immersion.

Back when I was a comic book collector, one of my favorite titles was Marvel’s What if? – a comic book that placed familiar superheroes in unfamiliar situations. A precursor to both the multiverse idea and something DC called Elseworlds (which the company explains as situations where “heroes are taken from their usual settings and put into strange times and places – some that have existed, and others that can't, couldn't or shouldn't exist”), What if? had carte blanche to violate canon and surf the unexpected results. Gotham by Gaslight is that kind of film. Untethered to Batman’s established continuity, it allows the filmmakers to explore different facets of the familiar hero and rearrange the players around him in interesting ways. The R-rating also allows the story to stretch into violent, adult territory that might normally be verboten in a superhero title. Gotham by Gaslight is one of the better titles available in the expanding DC Animation Library – a segment of Warner Media’s empire that some comic fans consider more fruitful than the more lavish live-action collection.