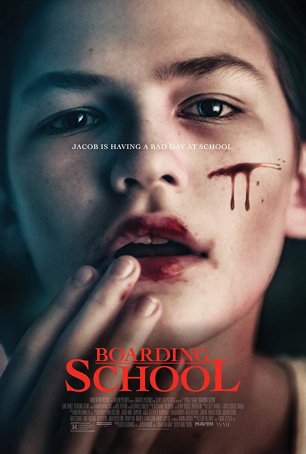 Spoilers Ahoy! It is almost impossible to discuss Boarding School in any reasonable detail without revealing a significant plot point. You have been warned.

As horror movies go, Boarding School is worth seeing simply because it’s different. Not weird, off-the-wall different like mother! or Hereditary, but different in a good way. The film, written and directed by Boaz Yakin (who, back in the 1990s, was briefly the toast of the indie world on the strength of his debut, Fresh), sets the viewer up for a traditional supernatural tale, then turns on a dime and delivers something radically different. Boarding School’s real agenda still falls within the realm of horror but the monsters here aren’t ghosts or demons – they’re amoral human beings.

At the beginning, Yakin cannily sets us up by sprinkling many of the traditional horror tropes into the narrative. We meet Jacob (Luke Prael), a timid boy who is subject to bullying at school. Afraid of the dark, he covers his mirror and peeks under the bed every evening before turning in. Then, in the middle of the night, he awakens screaming, haunted by nightmares: a vision of a young woman, her face bloody, entering his room. Could it be his grandmother, who has recently died? Her past as a World War 2 survivor raises questions about what she did to survive as a Jew behind enemy lines.

All of this is a prelude to Jacob being sent to a “special” boarding school. There, he joins six other children – five boys and one girl, Christine (Sterling Jerins). The school is run by a psychologist, Dr. Sherman (Will Patton), and his Stepford Wife, Mrs. Sherman (Tammy Blanchard). Jacob forms a bond with Christine – she knows his secret (he likes dressing in girls’ clothing) – but they are polar opposites in how they react to Dr. Sherman’s authority. Jacob does as he’s told and tries to help the others in the school. Christine rebels and is punished, often brutally, for her infractions. She confesses an affinity for pain to Jacob, asking him to stroke her bruises. When children start dying, it becomes apparent that the Sherman Boarding School is different from what the children think it is. 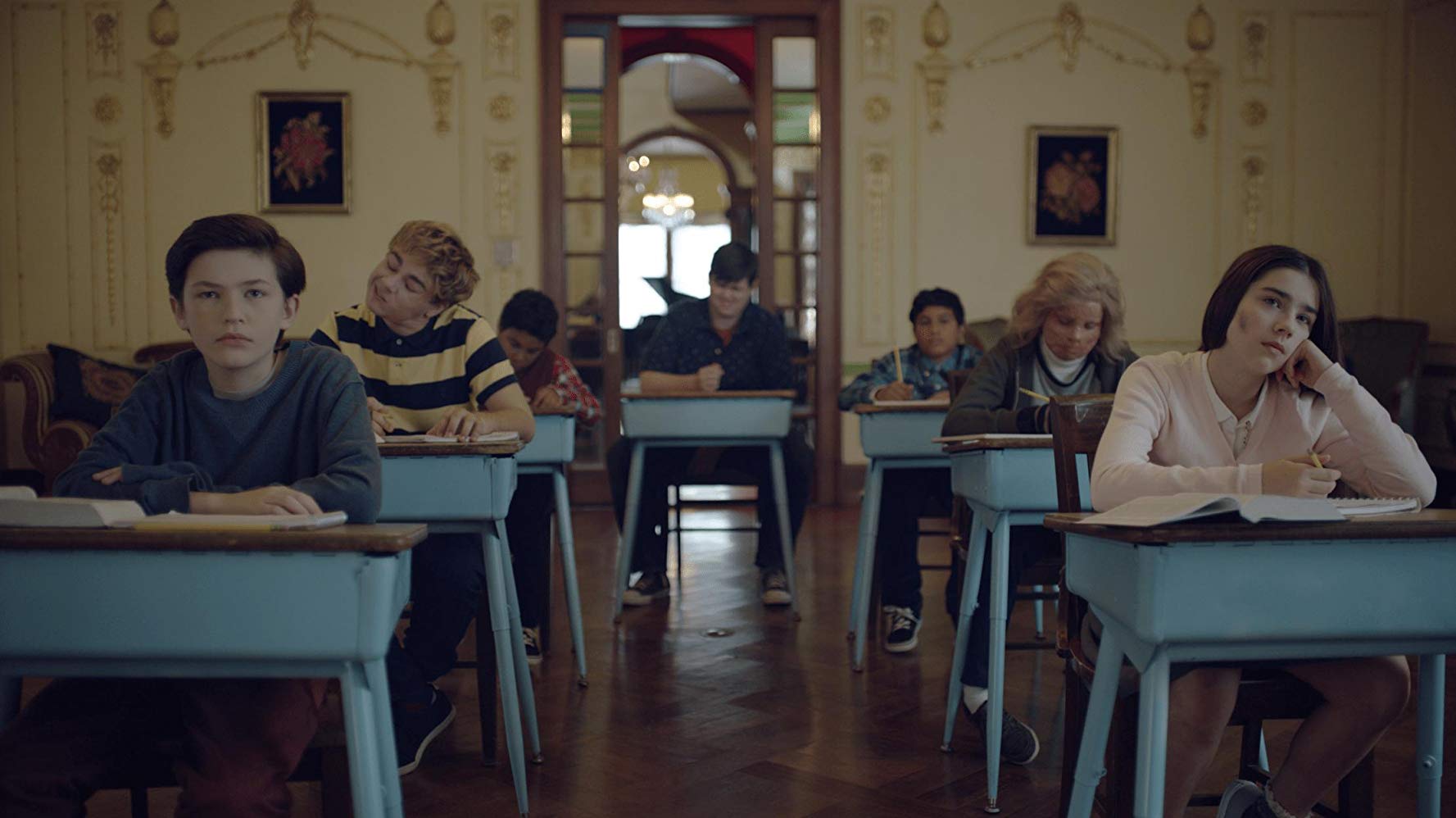 Boarding School is a solidly entertaining, lurid exploitation film. There’s a hint of depravity in everything from the stories about Jacob’s grandmother to the perversely sexual vibe between the two 12-year old friends to the truth about the school. I wasn’t particularly shocked by anything Boarding School had to offer nor were there many garish or grotesque images but Yakin strays slightly outside what would normally be considered “mainstream” for modern horror. For those who prefer generic, tried-and-true methods, there are a couple of solid jump-scares (both of which occur early in the proceedings when Yakin is pretending the movie is something else).

There are some missteps along the way. The historical element featuring the grandmother isn’t well-integrated into the overall narrative. Jacob’s cross-dressing/ambiguous sexual identity feels more like window dressing than a legitimate personality trait. Other issues fall into the “refrigerator movie” category and won’t be recognized until long after the credits have stopped rolling.

For the most part, Yakin is working with a cast of unknowns. Luke Prael’s performance is uneven but he does a good job of playing sullen and since that’s a key aspect of Jacob’s character, he’s able to pull it off. Will Patton is the best-known of the players and, as is almost always the case, he’s portraying a sinister figure. Samantha Mathis, once a rising star in the orbit of River Phoenix and Christian Slater, has a small role.

Boarding School isn’t going to be everyone’s kind of film and it may disappoint those who prefer their horror to be generic and safe. Yakin makes no attempt to pacify traditional horror fans but he also doesn’t go so far off the deep end that the movie makes no sense. It’s strange and a little daring and the bait-and-switch approach lends a sense of mystery and unpredictability to the proceedings.