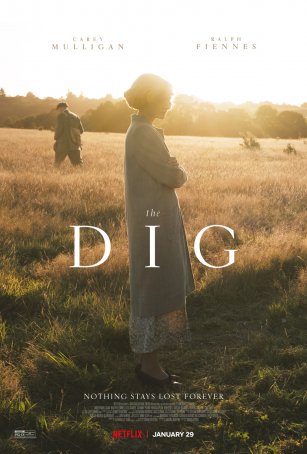 The Dig is the kind of low-key period piece that the Brits do so well. Based on actual events that occurred in pre-WW2 Suffolk, the movie explores the efforts of excavator Basil Brown (Ralph Fiennes) to uncover a sixth-century burial site. Of course, there’s more to the movie than the archeological aspect. Basil’s employer, widow Edith Pretty (Carey Mulligan), is afflicted with a condition that makes her keenly aware of her mortality; she also develops a crush on the unemotional (and married) Brown. Edith’s young son, Robert (Archie), sees the newcomer as a father-figure. Meanwhile, once the magnitude of Brown’s find is known, “respected” figures from far and wide come to claim credit, including the husband-and-wife team of Petty and Stuart Piggott (Lily James and Ben Chaplin) and the Man From London, Charles Phillips (Ken Stott). A few decades ago, this would have been broken into two parts and shown on Masterpiece Theater. Today, it’s instead headed straight for Netflix.

Narratively, the film suffers from a disconnect. The first half, which focuses almost exclusively on Basil and Edith’s attempts to uncover whatever is buried on her land, is well-paced and features appealing character interaction. Although any romantic element is deeply buried, there’s clearly something there (witness Edith’s reaction to the unexpected appearance of Basil’s wife). Around The Dig’s midpoint, however, there is an abrupt and not entirely welcome change. Edith becomes terminally ill, Basil fades into the background, and the movie is largely taken over by three newcomers and the romantic triangle that accompanies them – Edith’s dashing cousin, Rory (Johnny Flynn), and the Piggotts. There’s enough soap to bury the dig in suds. 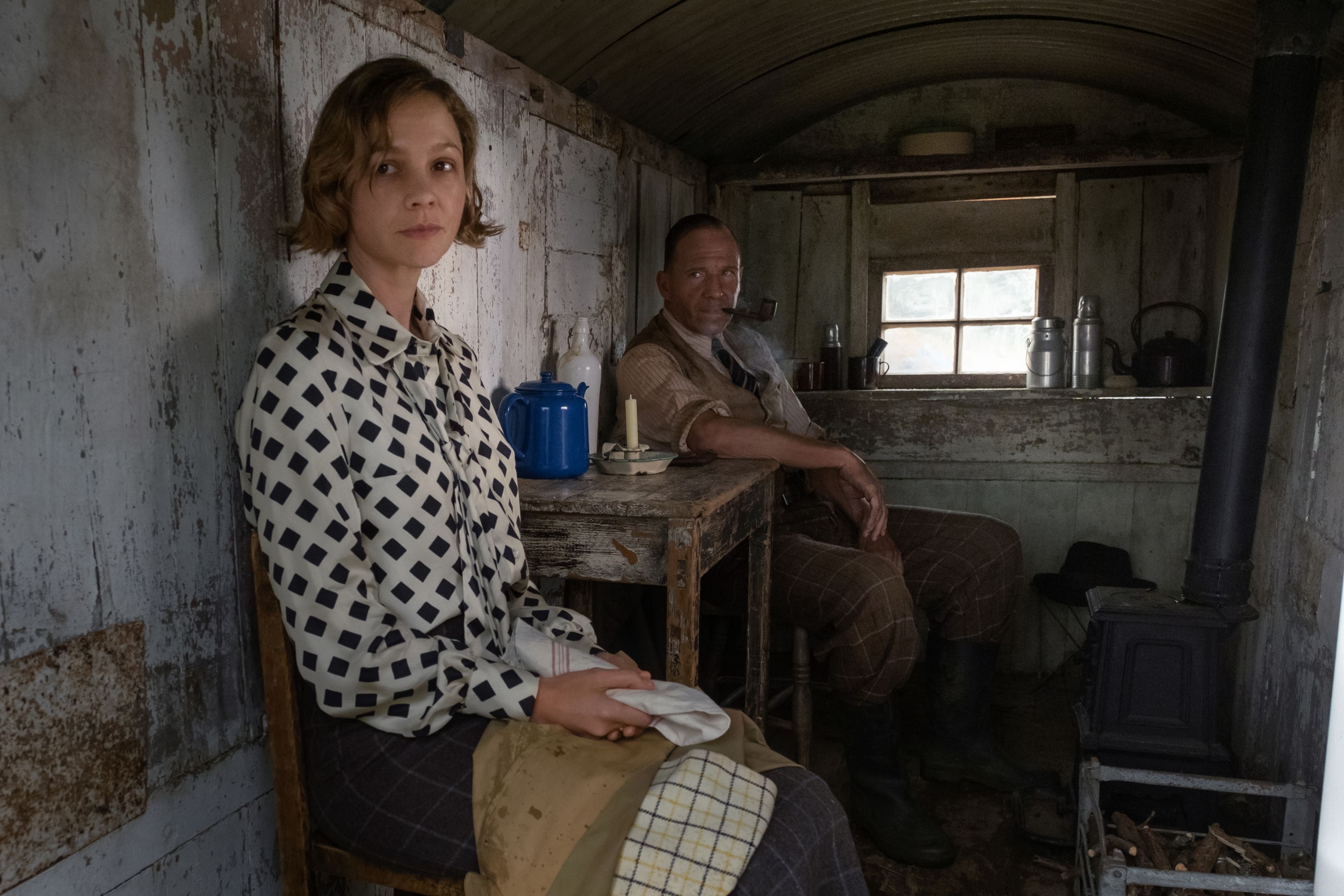 The film’s historical elements, which focus primarily on the 1939 excavation of Sutton Hoo, are presented with rigorous attention to detail. The interaction between Ralph Fiennes and Carey Mulligan is unforced; the pair exhibits strong chemistry (more of a platonic than romantic variety) and the meticulous recreation of the activity adds to the pleasant flow of the first half. Unfortunately, the second hour is a shambles. When the romance between the unhappily married Peggy and Rory eclipses everything else, The Dig stumbles. It becomes frustrating that the two primary characters of the movie’s early scenes are reduced to supporting roles for a love story that’s half-baked and involves people we don’t care about. There’s nothing wrong with Lily James’ performance (or that of Ben Chaplin, who plays her priggish husband, or Johnny Flynn), but the screenplay doesn’t give them much to work with.

James’ character, Peggy Piggott, develops a friendship with Mulligan’s Edith. These two work well together but, given the number of subplots fighting for prominence during The Dig’s final 50 minutes, there’s not enough time to devote to this relationship. James has her best scenes not when she’s getting all gooey around Flynn but when she and Mulligan are engaging with one another. 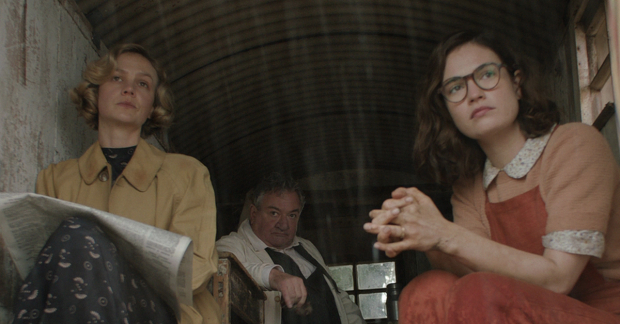 The politics of archeological digs are shortchanged, although the provided glimpse is fascinating. Ken Stott plays Charles Phillips, a stereotypical upper-class scientist who is placed in charge of overseeing the excavation by the British Museum. There’s a tug-of-war going on regarding the “appropriate” destination of the artifacts although, since Edith owns the land (and therefore anything coming out of the site), he has no final authority – just as he cannot dismiss Basil without Edith’s permission (which she won’t give).

The Dig feels like a condensed version of a story that, given more time to breathe, might have been fascinating and emotionally effective. (It’s based on John Preston’s novel.) Crammed into an unforgiving two-hour timeslot, however, there’s too much missing for the movie to accomplish everything it sets out to do. Had the narrative stayed the course established in the early-goings, it might have been unremarkable but satisfying. As it is, there’s too much of the former and too little of the latter.