“I wouldn't bet the mortgage on there being a Jack Reacher 2.” - James Berardinelli, December 2012

Shows how much I know. Even though Tom Cruise’s tarnished star is burning up in the atmosphere and it would be an exaggeration to claim he can “open” a film without Mission: Impossible in the title, the first Jack Reacher managed to scrape together enough foreign shekels to warrant a sequel. Considering that pretty much everyone going to this movie will have forgotten everything about its predecessor (except that it starred Tom Cruise playing someone other than Ethan Hunt), the filmmakers have decided to “go in a different direction.” Or, to put it another way: forget the first movie ever existed. So, while Jack Reacher was based on the ninth book in Lee Child’s long-running series, Never Go Back jumps ahead to book eighteen. That means new supporting characters and only a tenuous link to the 2012 installment.

I wish I could say the result was better. Unfortunately, as with too many films being made with the international market in mind, Jack Reacher: Never Go Back is a jumble of overhyped action scenes, trite dialogue, painfully bad “character development”, and awful writing. Redeeming qualities are few and far between. The screenplay often requires such an extreme suspension of disbelief that even an Olympic high jumper would have trouble getting over the bar. Maybe that problem would be forgivable if the action sequences were exciting but they’re the same generic fights, chases, and shoot-outs we have seen in hundreds of other movies. This filler, unfortunately, is the point of the movie. The movie also looks cheap. Compare the Mardi Gras parade scenes in Never Go Back with the Day of the Dead carnival opening of Spectre for an example of the gulf that exists between a movie where money is spent on more than the lead actor’s salary and one where it isn’t. 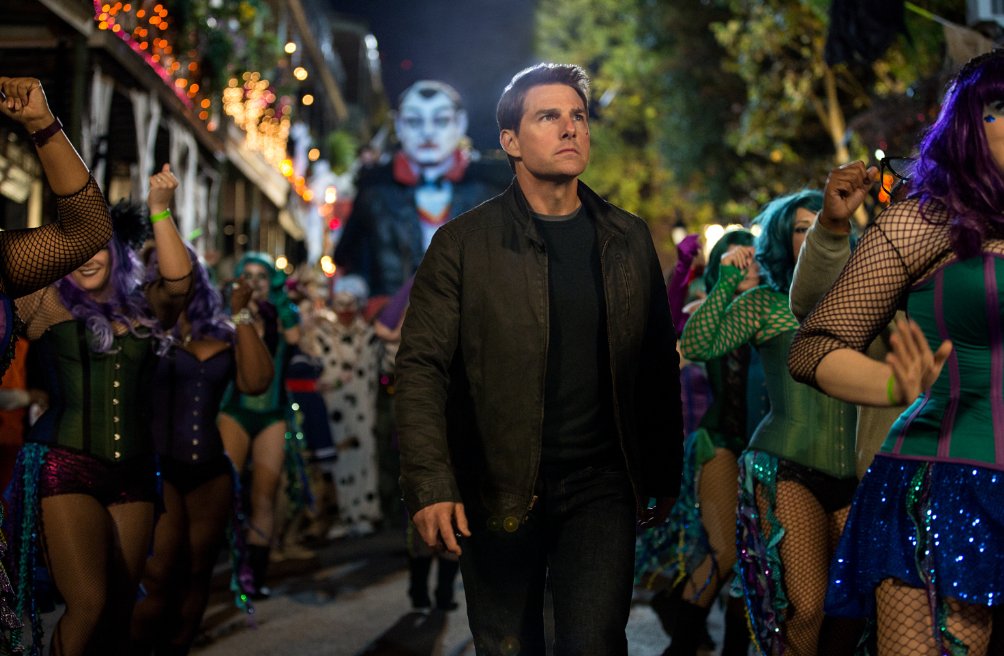 The subtitle Never Go Back sounds like it belongs to a Steven Seagal movie and so does the script. The intelligence level is reminiscent of the worst of the Liam Neeson Takens. It’s a source of deep disappointment that director Edward Zwick has fallen this far. Throughout his career, it’s been possible to count on the reliable Zwick to produce good-to-great films. Never could I imagine that he would be at the helm for something responsible for the mass assassination of brain cells. I’ll admit that my stupefaction at watching Never Go Back is because I foolishly assumed that Zwick’s involvement would guarantee at least a minimum level of quality. Sadly, that’s not true.

As for Tom Cruise… this is the Hollywood star at his worst. He’s playing to an international audience here, allowing ego and fading charisma to obfuscate his capabilities as a serious actor. As a Schwarzenegger wannabe, Cruise’s Jack Reacher is passable. When the role requires emotions, however, it becomes cringe-worthy. The key emotional component, a father/daughter attachment between Reacher and 15-year old Sam (Danika Yarosh), is undermined by the screenplay’s inability to properly motivate it. It isn’t helped, however, by Cruise’s inability to sell the relationship. 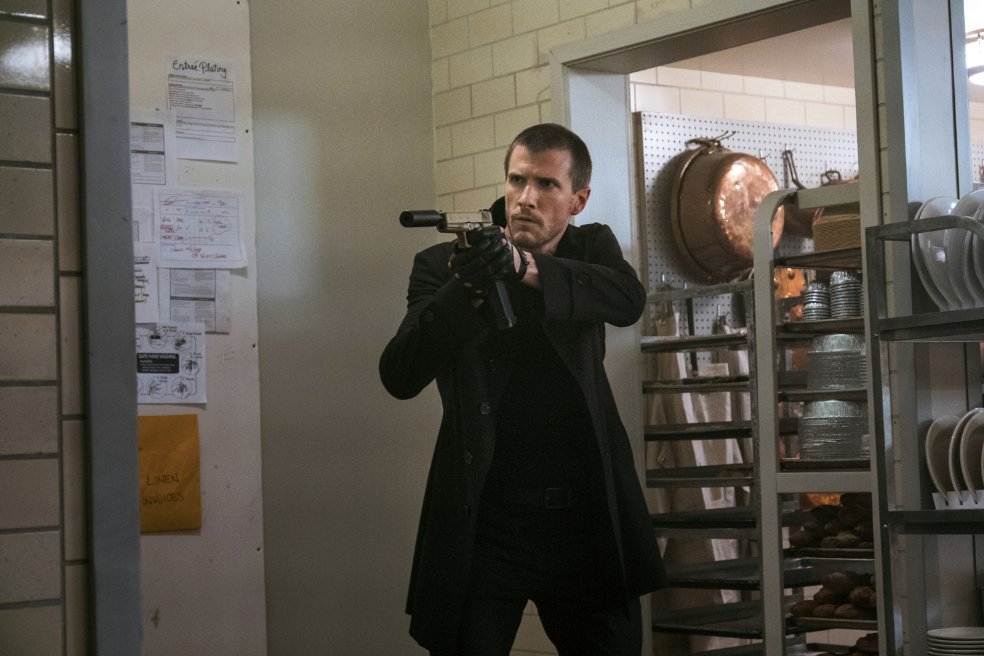 The story opens by introducing the interaction between Jack, an ex-Marine major, and his current “inside” military contact, Major Susan Turner (Cobie Smulders). After the two carry on a flirtatious friendship by phone for a while, Jack decides to pay her a visit - only to discover that she has been thrown in prison for espionage. When he asks a few too many questions, he finds himself in the same situation but breaking out (and bringing Susan with him) only makes things worse. Soon, he has been framed for murder, is being tracked by an unstoppable assassin (Patrick Heusinger), and is trying to cope with the possibility that he might have a 15-year old daughter.

One thing the two Jack Reacher films have in common is that both feature impressive (albeit one-dimensional) villains. In the 2012 movie, it was Werner Herzog. Here, it’s Patrick Heusinger. There’s nothing special about this character. He’s a standard-order supervillain type whose physical abilities match those of the hero and who sticks around until the end so he can have one final one-on-one with Reacher. But Heusinger is good at being bad so there’s at least a little energy when he’s on screen. It’s not enough to save Never Go Back. Not nearly enough. This should have been released a month later. Stuffed turkeys belong on Thanksgiving.