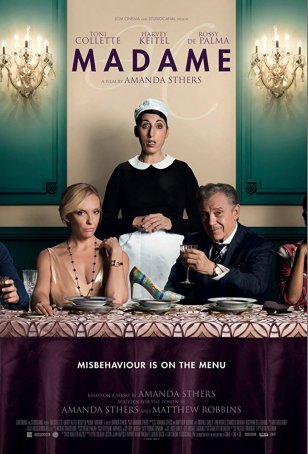 Ah, the dinner party – that wonderful stand-by for so many European films. Over the course of my fifty-plus years on this planet, I have been to my fair share of these (usually tedious) soirees, and none have been anything like the ones presented on screen in films like Madame. Maybe I have boring friends or the people who invite me haven’t been instructed beforehand that they’re supposed to speak as if their dialogue was scripted.

Actually, only about a third of Madame transpires at a Parisian dinner party but the event seems to go on forever. Although I’m sure writer/director Amanda Sthers intended for the characters’ conversations to be marinated in wit, they often feel forced and artificial. Another problem is that, with a single exception, no one in the film comes alive. Madame is populated by one-note individuals and the screenplay isn’t overly interested in building them beyond their core characteristics. As a result, lonely and bored Anne (Toni Collette) becomes unlikeable because she is defined by her vapidity and venality. If we’re intended to feel sympathy for her, that doesn’t happen because she isn’t sufficiently developed. Her husband, Bob (Harvey Keitel), fades into the background and is easily forgotten. Most of the other characters stumble through incomplete arcs that either have no resolution or are so inconsequential that we don’t care one way or another.

The exception is Maria. Played by Pedro Almodovar’s frequent collaborator, Rossy de Palma, she orbits above the malaise that drags everyone else down. Given a well-written character and a semi-interesting story, de Palma keeps us engaged even though the movie is less about her than it should be. At some point, Sthers should have realized that shifting the focus away from the self-absorbed Anne to the grounded Maria would have benefitted the movie, but that doesn’t happen. So we have to settle for a subplot exceeding the main story in terms of viewer interest. 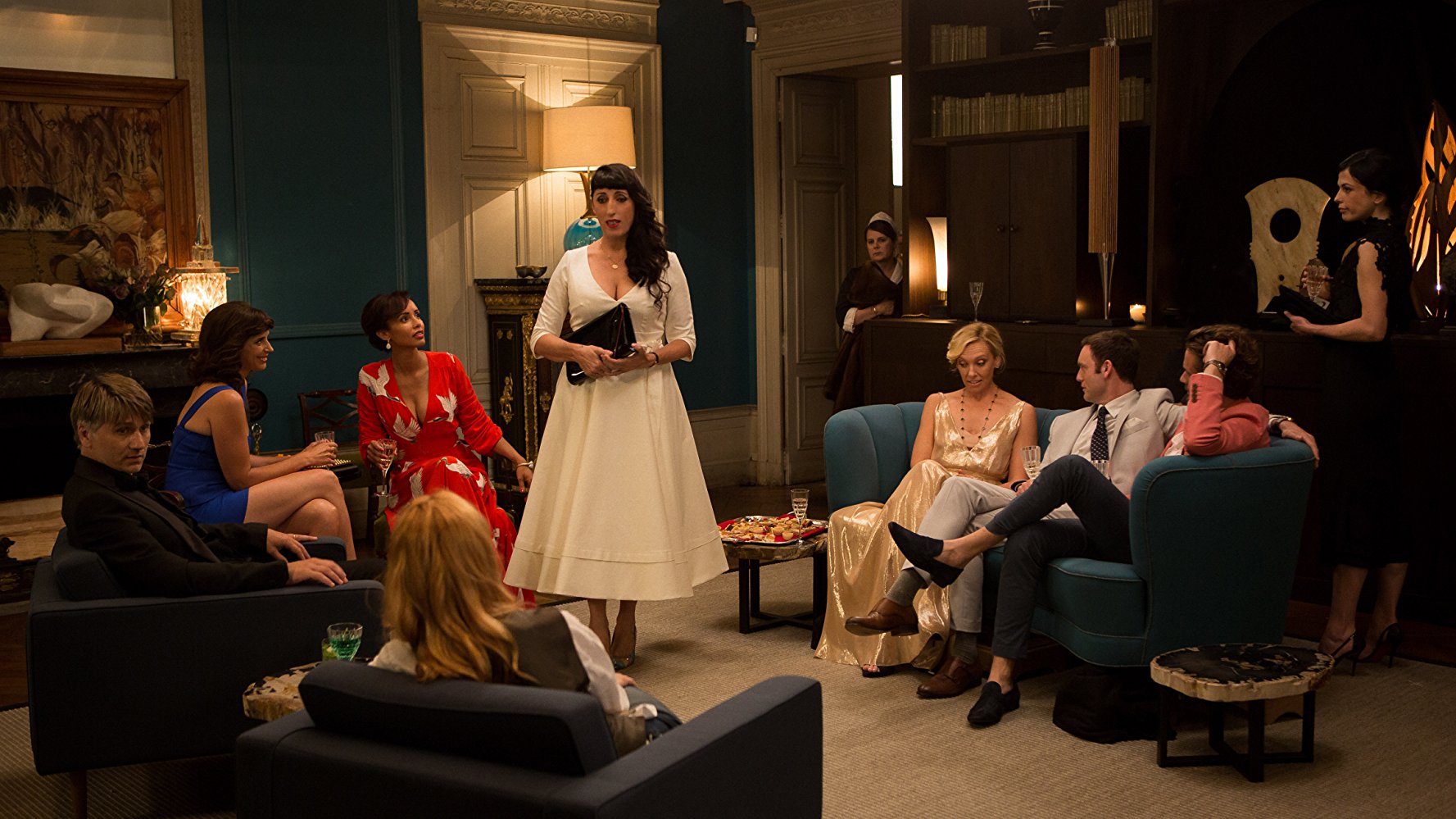 Madame wants to be a social satire skewering class differences. Anne and Bob are rich, although their dwindling finances – victim of a too-opulent lifestyle – have put them in a precarious situation. Anne’s plans for a lavish dinner party for herself, her husband, and ten friends goes awry when Bob’s entitled son, Steven (Tom Hughes), invites himself. Anne is horrified – thirteen is an awful number for a party. To balance things out, she recruits her faithful maid, Maria, to masquerade as a “friend” and increase the number of participants to fourteen. Despite feeling awkward, Maria warms up to another guest, the British art broker David Morgan (Michael Smiley), and, in the days following the dinner party, the two embark on a romance. This upsets Anne, partly because it violates the established class structure and partly because she’s jealous that her maid has a more fulfilling love life than she does. Even when she dresses sexily (or wears nothing at all), she can’t catch Bob’s interest. He’s too obsessed by his bank account.

Collette and Keitel are fine but, as a result of being saddled with underwritten characters, they’re not given much to work with. Michael Smiley fares better; his David Morgan is a cad but there are times when we sense humanity worming its way to the surface. The star is de Palma who, as in her many turns for Almodovar, mixes comedy with drama and presents Maria as a warm, naïve woman who has been manipulated into unfortunate circumstances. Although there are amusing aspects to her predicament, in the end it’s more tragic than comedic (as is evident in the poignant scene where she serves tea for two).

Madame aspires to more than it delivers but the film’s failure to highlight its only worthwhile character makes it feel cluttered with irrelevant and at times annoying material. De Palma is great but she’s not in enough scenes to salvage a movie that lacks substance and focus.