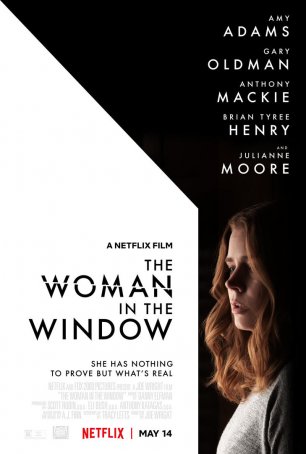 For roughly its first third, Joe Wright’s The Woman in the Window, based on the best-selling novel by A.J. Finn, feels like a quasi-remake of Alfred Hitchcock’s Rear Window. It then shifts gears and enters Gaslight/Witness to Murder territory before going off-the-rails with a climax that feels cheesy and contrived. Although Tracy Letts’ adaptation is generally faithful to the source material, this is an example of something that can work well on the written page but loses a lot when condensed and brought to the screen.

At the center of events is the title character, Anna Fox (Amy Adams), a child psychologist who, as a result of her agoraphobia, has become housebound in a rambling Manhattan home. She’s on meds (some of which, especially when paired with alcohol, can have extreme side-effects) and fills her time by watching classic b&w movies, talking to her estranged husband (Anthony Mackie) and daughter (Mariah Bozeman) on the phone, and spying on her neighbors. And, although her visitors don’t include Grace Kelly, she gets occasional drop-ins from her therapist and her lodger, David (Wyatt Russell), who occupies the lowest floor of the building.

Things become unsettling when the Russells move in across the street. The unhappy family includes the controlling husband, Alistair (Gary Oldman), who has a hair-trigger temper; the wild, outspoken wife, Jane (Julianne Moore), who comes to Anna’s aid when trick-or-treaters egg her house; and the awkward, possibly abused teenaged son, Ethan (Fred Hechinger). Anna develops a bond with Jane during a visit by the neighborhood newcomer – only to witness her apparent murder through the window. She calls the cops but neither Detective Little (Bryan Tyree Henry) nor Detective Norelli (Jeanine Serralles) believes her story, especially when Jane Russell (now played by Jennifer Jason Leigh) turns up alive and well. That’s when viewers begin not only to doubt Anna’s sanity but everything the movie has thus far depicted. Are we seeing “reality,” or is this a hallucination-fueled hodgepodge of fantasies and nightmares concocted by a woman who never emerges into the sunlight? 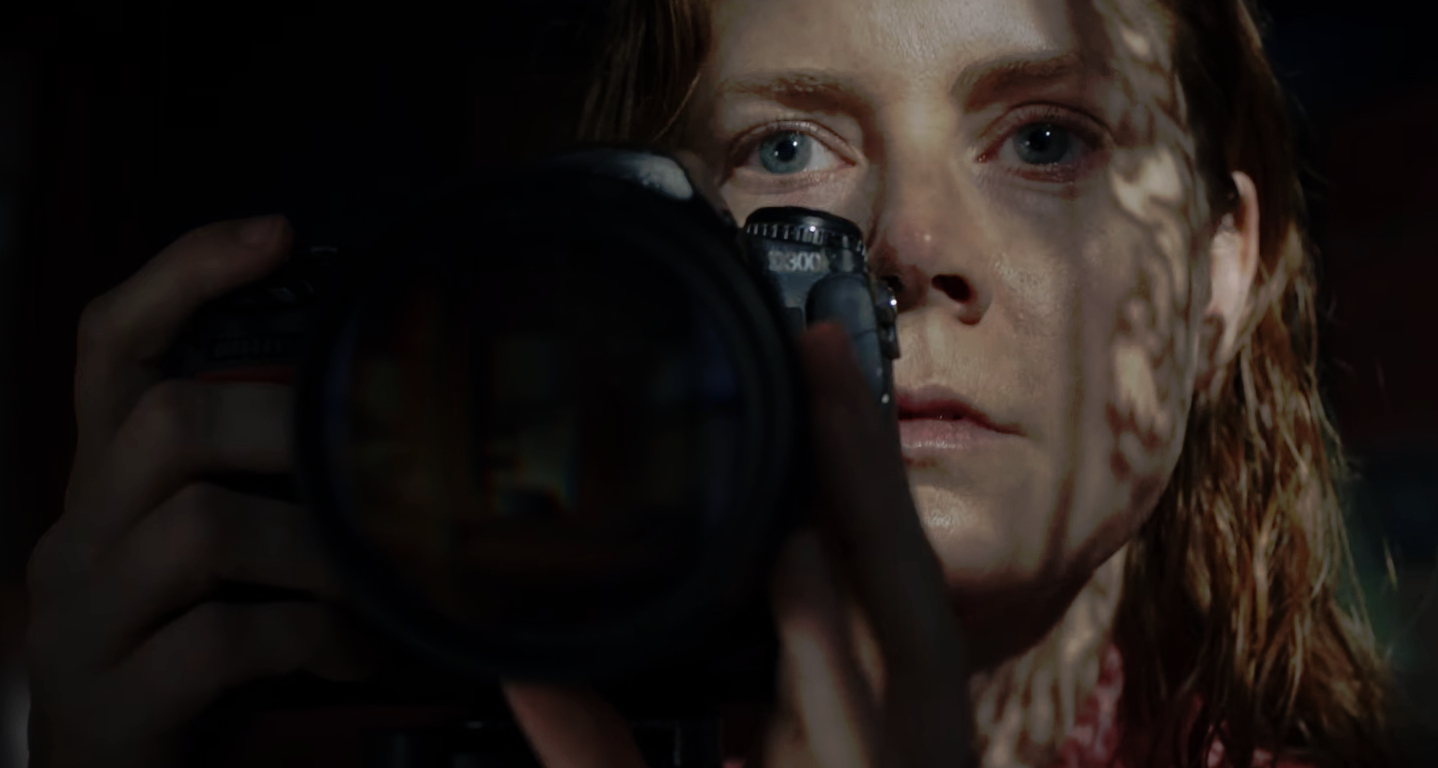 Director Joe Wright, whose previous credits include such impressively-mounted productions as Atonement and Pride & Prejudice (Keira Knightley version), does a good job with the tricky middle section of the movie, presenting the situation in such a way that viewers are no longer certain of the credibility of what they’re seeing or the reliability of the narrative as an objective presentation of events. Wright unashamedly references the film’s Hitchcock and film noir antecedents. One of the first images we see is a brief shot from Rear Window and clips from Laura, Spellbound, and Dark Passage are shown on Anna’s television. Plot points and/or visual cues echo Gaslight, Witness to Murder, Vertigo, and even (although possibly unintentionally) Kieslowski’s A Short Film about Love.

Wright doesn’t try to hide The Woman in the Window’s numerous influences and this approach causes us to wonder whether Anna is intentionally patterning her own life after all the old movies she watches on TV. Is the murder she sees real or is she putting herself into the James Stewart role in her own life? Sadly, as intriguing as that possibility is, the film doesn’t stick with it for long before reverting to a more conventional (and, consequently, less interesting) thriller. The film’s final ten minutes feel like an excerpt from a slasher movie.

Few working actors (except perhaps Kate Winslet) can match Amy Adams when it comes to a chameleon-like approach to acting. She can be everything from drop dead-gorgeous to girl-next-door appealing to unkempt and bedraggled. In The Woman in the Window, she’s closer to the latter end of the spectrum and plays her part in such a way that we’re never sure of her mental state. It’s a credit to Adams’ performance that the movie works for as long as it does. Gary Oldman, as is his wont when he’s around primarily for the paycheck, is unconvincing while giving a laughably over-the-top performance. Jennifer Jason Leigh and Julianne Moore, an Oscar nominee and an Oscar winner, fall into the “criminally underused” category. There’s a lot of acting prowess available to Wright but only Adams gets to showcase her capabilities.

Although serviceable and sporadically suspenseful, The Woman in the Window isn’t the home run the studio expected when optioning the novel and assembling the A-list cast and crew. Although not especially complex or twisty, it requires a certain amount of attention because of the way the story is presented (with flashbacks and a potentially unreliable narrative structure). Netflix is the perfect landing place – this is the sort of film that works better as a time-filler than as a destination.