The autumn movie season has a history of hosting impressive, thought-based science fiction movies. To a list that includes Gravity, Interstellar, Arrival, and The Martian, add Ad Astra, a film that uses space exploration as a means to look inward at the essence of humanity. This isn’t the sort of motion picture that will energize those who associate sci-fi with space battles, phaser blasts, and alien invasions. It demands patience and attention. One can sense an attempt by filmmaker James Gray to tap into the vein mined by Stanley Kubrick in his classic 2001: A Space Odyssey. Of recent films, Christopher Nolan’s Interstellar is the best comparison. Ad Astra isn’t quite as strong but it’s in the same ballpark.

Brad Pitt, fresh off his turn in Once Upon a Time…in Hollywood, joins Matthew McConaughey, George Clooney, and Matt Damon as matinee idols-turned-space farers. Pitt’s capabilities as an actor have never been in doubt and, given a project of this nature that relies strongly on his performance (none of the supporting actors, including Tommy Lee Jones, Donald Sutherland, and Ruth Negga, has more than a handful of scenes), he provides viewers with another reason to remember that he’s more than a pretty face.

Ad Astra (the title is Latin for “to the stars”) opts for a quasi-realistic, near-future depiction of space travel. Humanity has only begun reaching beyond the planet. Communities exist on the moon (there are “commercial” flights available and all the comforts of home, including a Subway fast food joint) and bases on Mars. Beyond that, exploration has been spotty. The farthest solar system exploration has been to Neptune – a doomed mission called The Lima Project led by legendary astronaut H. Clifford McBride (Tommy Lee Jones) some three decades ago. Communication was lost, along with the spacecraft, many years earlier, with all aboard assumed dead and the ship destroyed. In the current time frame, however, there is reason to doubt those assumptions. 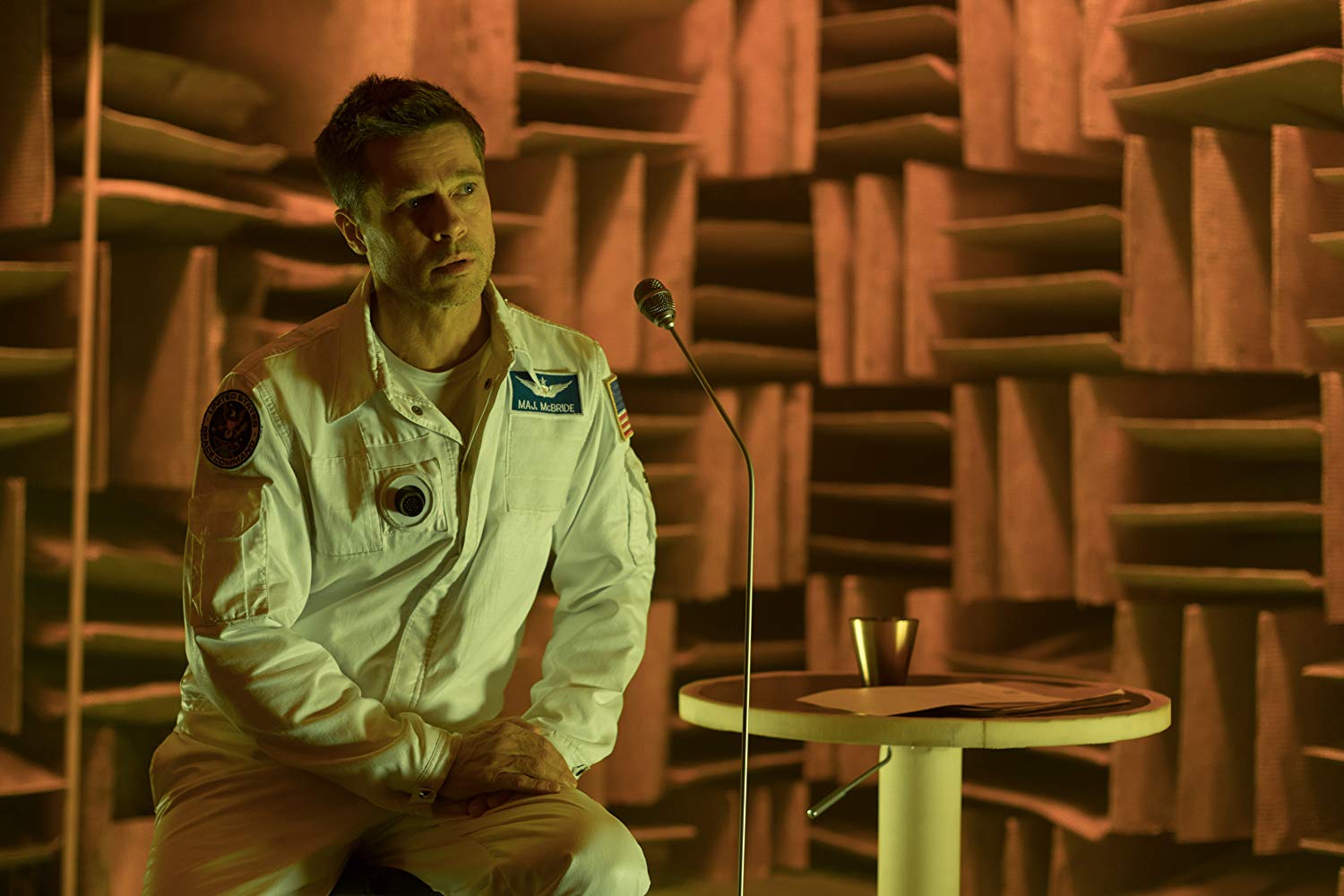 The mystery at the heart of Ad Astra asks what happened to The Lima Project and whether it is related to a series of powerful energy surges that endanger not only all life on earth but the stability of the solar system. Indications are that the surges could be caused by the antimatter The Lima Project employed as part of the propulsion system. Military officials wonder whether McBride might have survived and, if so, could be responsible for the surges. In an attempt to uncover the truth and put an end to the danger, they recruit McBride’s son, Roy (Brad Pitt), an elite astronaut whose heart rate never exceeds 80 bpm, to spearhead the effort to establish communication with the lost expedition, if any of its members are still alive. Roy’s job is to travel to the moon then to Mars, where attempts at the contact will be made.

It’s not hard to guess how this would unfold in a traditional Hollywood movie, but Ad Astra is neither traditional nor the product of a script-by-numbers approach. The film develops at it own pace and the resolution, although logical, may not be what some viewers will anticipate. Although Ad Astra contains thriller elements and a few action-oriented scenes, it has the soul of an art film and therein lies its box office challenge. Even at the dawn of Oscar season, ideas-based movies sometimes struggle, especially when trailers seem to promise something other than what the production delivers. 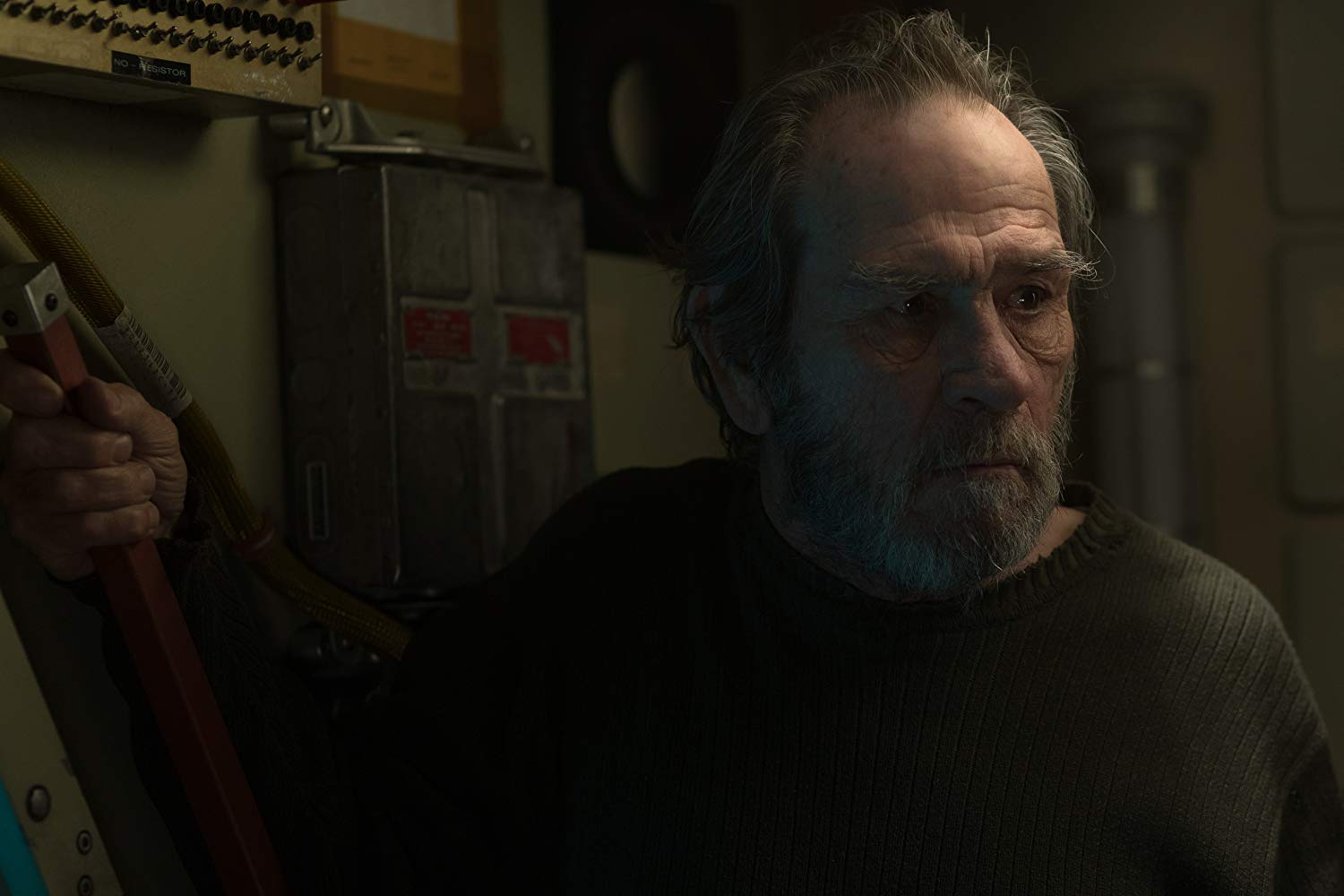 Gray uses special effects but doesn’t rely on them. CGI is what it was designed to be – a tool. It’s not a crutch to distract from a thin screenplay. The opening sequence with Roy working outside on a space antenna when a surge hits, is pure big budget spectacle but it serves a purpose beyond getting the viewer hooked. Later scenes, such as a response to a mayday from a Norwegian science ship and a rendezvous farther out in the solar system, are visually impeccable but the focus is never just on pretty images. Characters and ideas are more vivid than the backgrounds. Hoyte Van Hoytema’s cinematography echoes his work on Interstellar, making him a go-to DP when it comes to making movies set away from the comfortable confines of our little planet. His photography, especially the way he focuses on Pitt’s face, captures the importance of the individual in the vastness of space.

Like many of the more intimate, less ostentatious science fiction films, Ad Astra never loses sight of either the wonder of venturing beyond Earth and the danger inherent in doing so. This isn’t the first time Gray has taken a hero on a journey into the unknown. His previous feature, The Lost City of Z, feels a little like an Earth-based dress rehearsal for Ad Astra. The new movie is superior in every way except perhaps highlighting the color green. The film’s geography takes us on a cross-solar system journey but the real trajectory is deep into the human experience – finding meaning in life and coming to grips with being left behind. The ultimate message is arguably presented a little too explicitly in a line of dialogue late in the film but it’s an easily forgiven indulgence since the odyssey of getting there is so mesmerizing.