Put The Angry Birds Movie 2 into the basket of sequels that no one was asking for. Three years ago, it made (business) sense to release The Angry Birds Movie. That film helped boost the Angry Birds brand, which had already infiltrated almost every aspect of pop culture and merchandising. It wasn’t a great movie – more of a big-screen cartoon than anything else – but, like the mobile game it was based on, it was a painless time-waster. The second installment, however, arrives at a time when the Angry Birds are no longer a phenomenon. In the fast-moving world of instant gratification, they are yesterday’s news and the film, like the overall brand, feels old and faded. At best, The Angry Birds Movie 2 could be viewed as a 90-minute diversion for kids who have already exhausted Disney’s significant 2019 output.

The first movie, for those who remember (or care), told of how the Angry Birds trio of red Red (voice of Jason Sudeikis), yellow Chuck (Josh Gad), and black Bomb (Danny McBride) defeated the aggressive pigs, lead by Leonard (Bill Hader). This time around, the former enemies are forced to join forces when a threat emerges from Eagle Island, a hitherto-unknown frozen wasteland ruled over by the bitter Zeta (Leslie Jones), who holds a grudge against her former fiancé, Mighty Eagle (Peter Dinklage). Zeta’s plans involve turning both Bird Island and Pig Island into her personal tropical playgrounds after wiping out their current populations. Red, accompanied by his two compatriots and a newcomer, the super-smart Silver (Rachel Bloom), mounts an attack on Zeta’s doomsday weapon. Also joining the party are Leonard and a couple of his assistants. 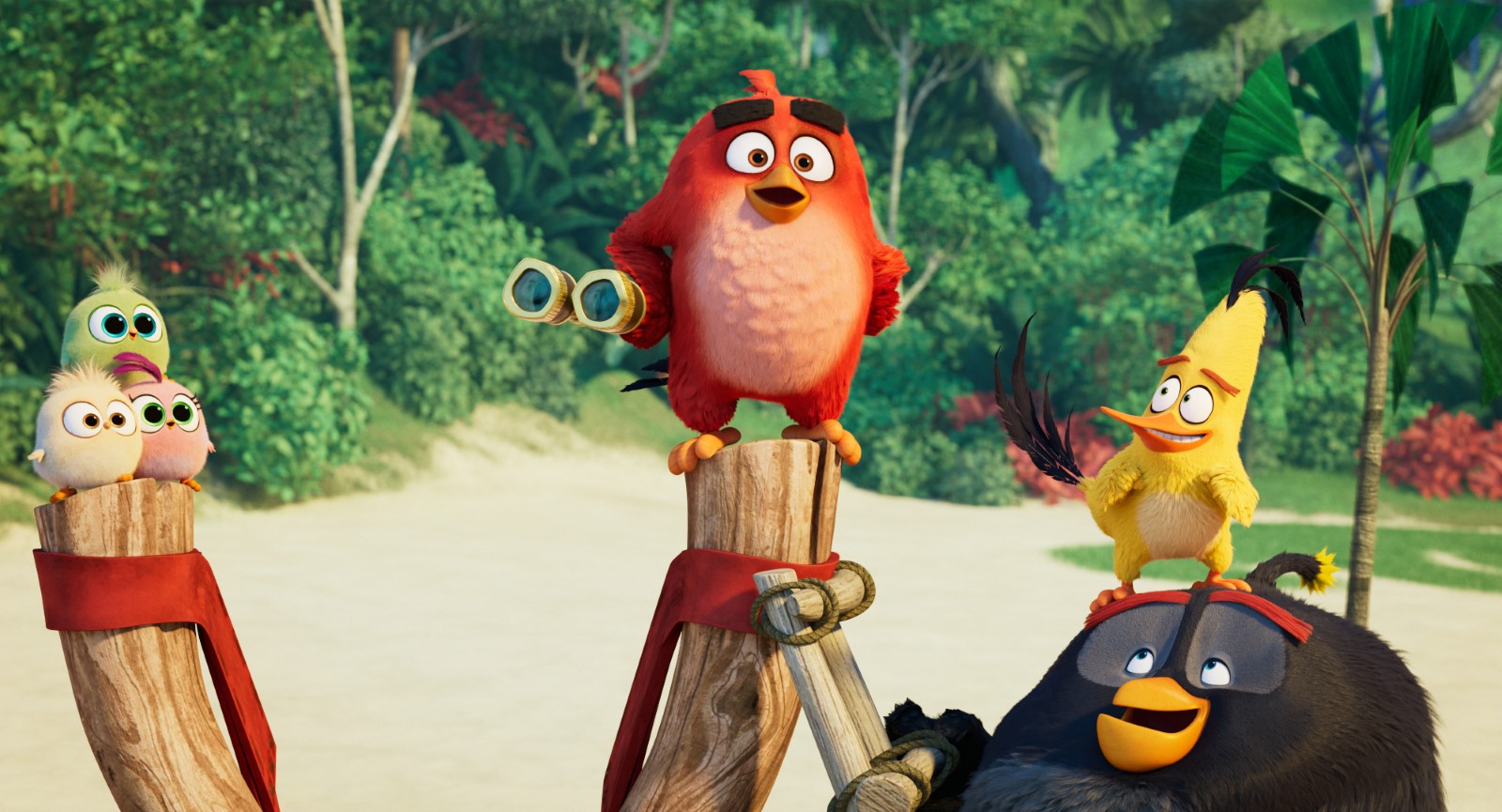 In terms of story, The Angry Birds Movie 2 barely has enough material to keep the things moving for 90 minutes. This isn’t a masterwork of plotting; it makes Toy Story 4 look like Dostoevsky. I have no idea whether one of the Angry Birds games introduced Zeta and Eagle Island but I suspect if it hasn’t happened already, it will happen soon. The movie’s narrative progresses much as one might expect from a video game. With this franchise, the lines are so blurred that it no longer matters.

The film’s perfunctory, television-quality animation was supervised by Thurop Van Orman, making his feature directorial debut. His thin resume contains only a couple episodes of The Marvelous Misadventures of Flapjack TV series. The first movie at least used recognizable “names” in the animation industry (Clay Kaytis had worked on a number of Disney productions, including Frozen). That apparently wasn’t a consideration here. Van Orman offers nothing new or interesting from a visual sense. The movie looks like it was designed with TV or streaming viewing in mind. The theatrical release was mandated by its predecessor’s $107M domestic box office. 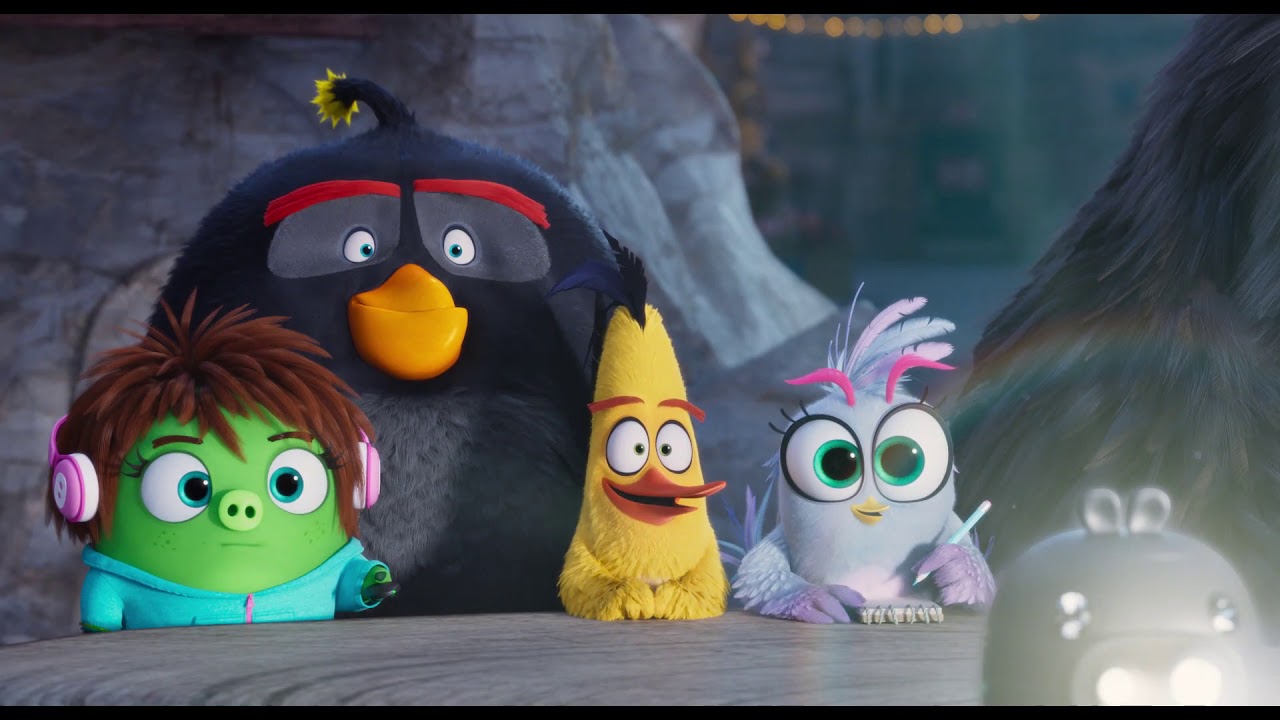 For those hunting through the dross, there are a few nuggets. The voicework is solid, with Jason Sudeikis, Bill Hader, Leslie Jones, Josh Gad, and Danny McBride doing sterling work. Vocal cameos go to the likes of Awkwafina, Maya Rudolph (beefing up the already-high SNL quotient), and Sterling K. Brown. The opposites-attract PG romantic tension between Red and Silver is nicely developed. One wonders whether the movie might have worked as a pure animated rom-com but that obviously wasn’t in the works.

It wouldn’t surprise me if The LEGO Movie 2’s performance was an indicator of what to expect for The Angry Birds Movie 2. Both are unnecessary, unwanted appendages to franchises that had erupted due to a broader pop footprint that has since eroded. Outside of the branding aspects, there’s nothing in this movie that makes it worthy of a trip to the theater, even at a time when new family friendly offerings are slim. Anyone with an interest – and there many not be many who fit into that category – would be advised to wait for this to reach smart phones and tablets where it can be viewed in a medium appropriate to its content and ambitions.