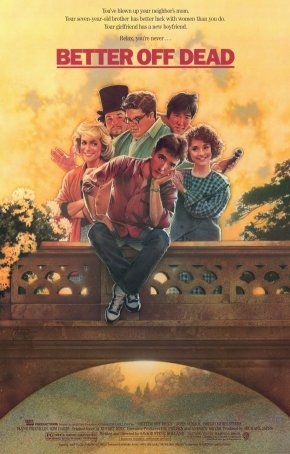 About the kindest thing that can be said about Better Off Dead is that it’s a product of its time. Seen today, the movie is painfully dated and littered with unfunny material and broad “acting” that was somehow thought to be amusing. Yet, although Better Off Dead fails as a film, it works in a strange way as a window into the era when it was produced. For those who grew up in the ‘80s, the production has the capacity to bring on a pang of nostalgia. For those who didn’t, it provides a unique insight into the kitsch and culture of the decade that serious-minded documentaries and re-creations can’t do.

Better Off Dead is representative of how ‘80s film treated teenagers. Merging elements of romantic comedies and coming-of-age stories and lobotomizing the result, this genre infected cinemas for the better part of the decade, correctly assuming that it provided the kind of brain-dead entertainment that kids were looking for. Most of these movies were profitable not because they played to large audiences but because they were so cheap to produce that it didn’t take much for them to make a few dollars.

If there’s a reason beyond cultural anthropology to see Better Off Dead more than 30 years after its release, it’s to watch a talented young John Cusack rise above the rest of the cast and the material. As bad as things get – and they get plenty bad – Cusack’s charisma deflects the dross with ease. Made between the actor’s two most beloved outings (The Sure Thing and Say Anything), Better Off Dead entered theaters when Cusack was making a name for himself. Around the time of its release, he denounced the film, claiming that writer/director Savage Steve Holland had reshaped it in the editing room. Over the years, his attitude has mellowed but it would be unfair to count him among the group of loyalists who claim Better Off Dead as a seminal film of their youth. 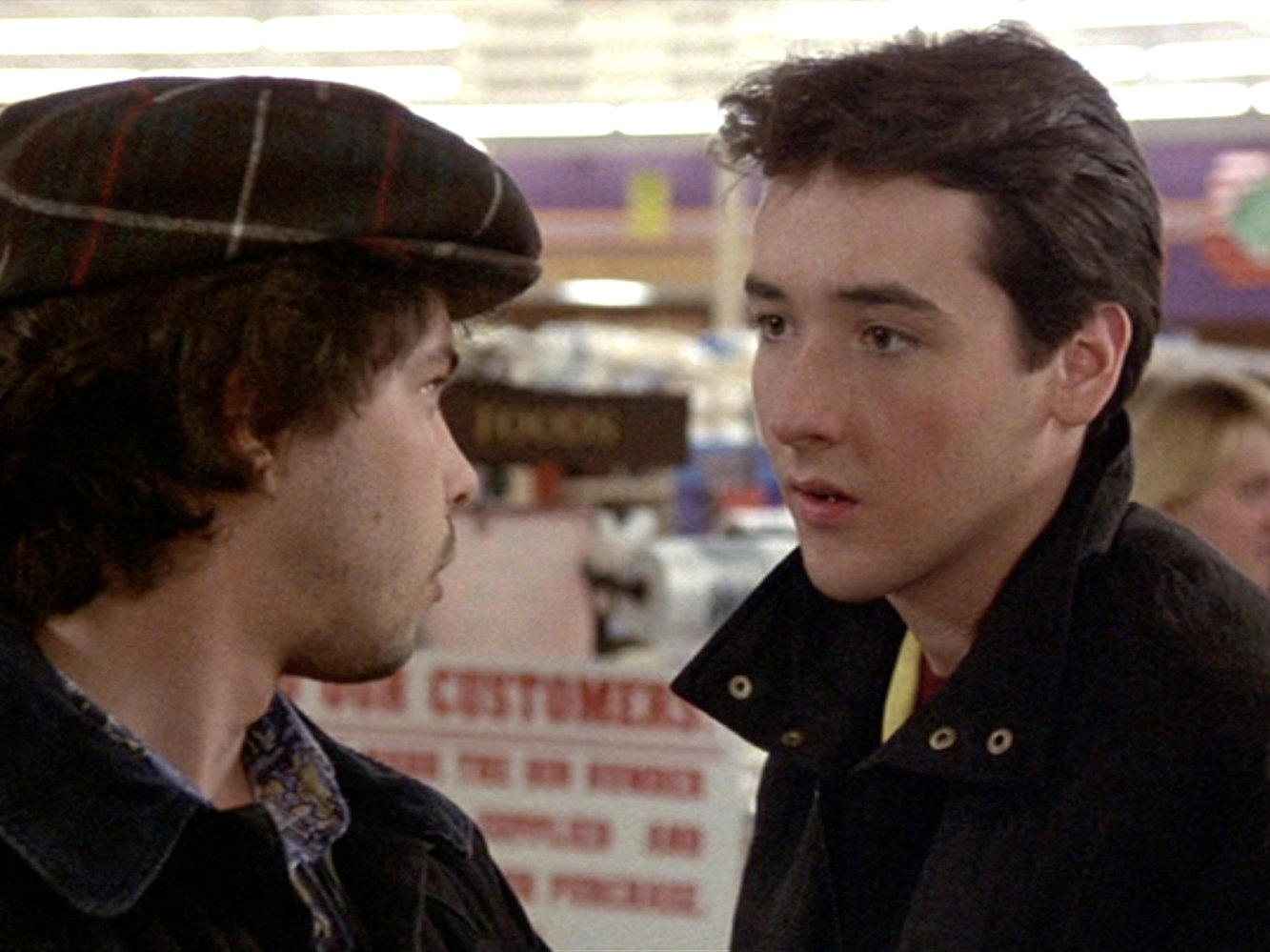 Cusack plays Lane Meyer, a high school senior who, dumped by his girlfriend, Beth (Amanda Wyss), for the hot captain of the ski team, Roy Stalin (Aaron Dozier), contemplates suicide. The problem is, although he tries a few times, he’s not good at it. Most of the film is presented as a series of vignettes illustrating Lane’s cluelessness in and out of school. His parents, Al (David Ogden Stiers) and Jenny (Kim Darby), are hopelessly out-of-touch. The former engages in a running feud with the paperboy while the latter creates dinner dishes that more like toxic sludge than food. Eventually, with the help of his best buddy Charles (Curtis Armstrong) and the cute French exchange student across the street (Diane Franklin), he tackles the steepest slope on the mountain in preparation for challenging Stalin to a race.

Most of Better Off Dead’s “laughs” came in the form of over-the-top, awkward slapstick and scenes where the degradation and embarrassment of the main character is intended to provide humor. (There’s one scene in which Lane, determined to prove his desirability to his ex-girlfriend, propositions a female basketball player. After she shoots him down, his clumsiness results in an extreme wardrobe malfunction. This, in turn, earns Lane a beating from the girl’s male teammates.) Seen today, Better Off Dead is rarely funny, charming, or romantic. (The love story that develops between Lane and the French girl is about as poorly handled as one can imagine.) Cusack’s earnestness made him a perfect figure in many of his early movies but Holland fails the recognize the quality and it remains largely untapped.

There’s a potentially edgy aspect to Better Off Dead’s comedy that’s never fully realized. On several occasions, Lane contemplates (or attempts) suicide. Perhaps concerned about the “bad taste” aspect, Holland backs away and, as a result, these scenes come across as feeble and half-hearted. A bizarre Asian caricature (a boy who can only speak English when mimicking Howard Cosell) might be offensive to today’s audiences, although it wasn’t seen as such back in the ‘80s. 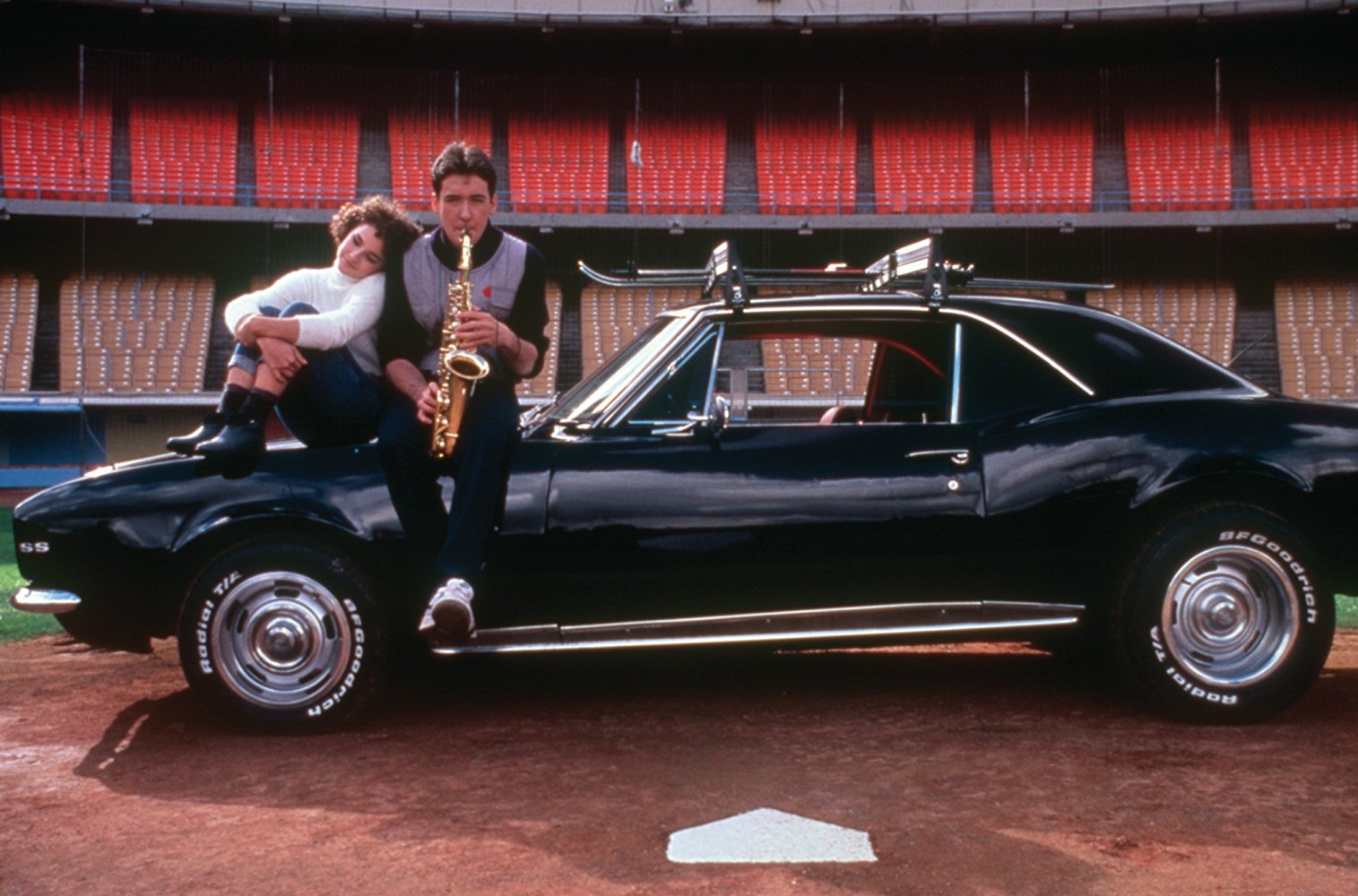 For those determined to find worthwhile things in Better Off Dead, the animated sequences are cute and occasional comedic bits (such as when one of Jenny’s culinary creations slithers off Lane’s plate) are capable of generating chuckles. Diane Franklin is appealing although her lack of screen time makes it difficult to relate to her character. The music is so strongly anonymous ‘80s that it’s almost a parody soundtrack.

Many of the actors were fixtures of the ‘80s whose careers didn’t extend significantly past the expiration of the decade. This wasn’t true of Cusack, of course, nor was it the case with David Ogden Stiers who in recent years has become known for animated voicework. Curtis Armstrong, despite being forever attached to the role of “Booger” from the Revenge of the Nerds series, has amassed 150 credits on his IMDb filmography. Many of the “kids”, however, have vanished into near-obscurity. Diane Franklin, an ‘80s “it” girl whose career high point may have been 1982’s The Last American Virgin, retired in 1991 (she has since mounted a successful comeback). By the early 1990s, Amanda Wyss was relegated to TV show guest appearances. (If you watched network TV during the ‘90s and ‘00s, you almost certainly saw her multiple times.) Bad boy Aaron Dozier’s weird resemblance to Rob Lowe didn’t enhance his career. After Better Off Dead, he never made another movie.

For those who discover Better Off Dead long after its theatrical run, it may seem like an amalgamation of other, better-known films. The characters variously seem like retreads of similar figures in Revenge of the Nerds, Porky’s, and the National Lampoon’s Vacation series. This isn’t coincidental nor was Holland ripping off those other fine pieces of cinema. Instead, this is what ‘80s comedies were and all of them, Better Off Dead included, are more valuable today as time capsules than as artistic endeavors.