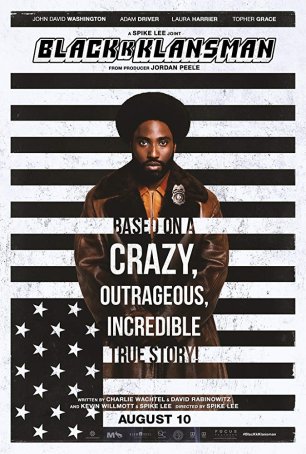 It’s redundant to say that a Spike Lee film is angry and unapologetic; Lee has never been one to shy from controversy and BlacKkKlansman, with its absurd elements and unrepentant social commentary, is no exception. Not given to soft-peddling his views on racism and injustice, Lee isn’t focused on mainstream acceptance or mass-market appeal. Although BlacKkKlansman isn’t his most militant attack on entrenched bigotry within the current social order, it is one of the most brazenly anti-Trump fusillades by a prominent filmmaker (even though the majority of the story transpires some 40 years ago).

The main narrative chronicles the unlikely-but-true tale of how a black policeman and Jewish detective infiltrated the KKK and prevented a terrorist bombing. As Lee puts it in an introductory caption, “This Joint is Based on Some Fo’ Real, Fo’ Real Shit!” Ron Stallworth (John David Washington) has become the first black cop in the history of Colorado Springs – a distinction that earns him a comparison to Jackie Robinson by Chief Bridges (Robert John Burke). Ron encounters a mix of reactions: condescension, taunting, friendliness, and professionalism. Most of his fellow officers are guardedly neutral, including the partners he ends up working with, Flip Zimmerman (Adam Driver) and Jimmy Creek (Michael Buscemi). His first assignment is to observe and report on a rally led by a radical black speaker. While there, he meets the event’s organizer, Patrice Dumas (Laura Harrier), with whom he begins a relationship. His second assignment forms the movie’s backbone. While perusing the classifieds, Ron sees an ad soliciting membership in an “organization” that turns out to be the KKK.  He calls, pretending to be a negro-hating white man, and is invited to meet with the leadership. Flip agrees to make the in-person appearance and, as “Ron Stallworth” becomes increasingly involved in white supremacist activities, they continue to split their duties – Ron handles the phone calls while Flip gives “Ron” a white face. Eventually, Ron isn’t just talking to local leader Walter Breachway (Ryan Eggold) but to the national Top Guy, David Duke (Topher Grace). Flip, meanwhile, discovers that there’s a division within the ranks between “forward thinkers” like Walter, who believes in a peaceful approach to discrimination and segregation, and violent old-timers like Felix Kendrickson (Jasper Paakkonen), whose hatred for any non-white, non-Protestant is frighteningly deep.

BlacKkKlansman runs 135 minutes with two hours of that being devoted to Ron’s story as presented with Lee’s characteristic mixture of acerbic wit, expert storytelling, and unvarnished cultural dissection. The primary narrative is bookended by sequences that, although not narratively tied to the rest of the film, have thematic relevance. The movie opens with a clip from Gone with the Wind before segueing to a White Supremacist pitch given by a bespectacled racist named Dr. Kennebrew Beauregard, whose vitriolic tirades represent the minority opinion embraced by the KKK. In casting Beauregard, Lee chose an actor whose appearance would make a pointed political statement, because in today’s acting landscape, Alec Baldwin is best-known for playing a satirical version of Donald Trump. Using the Associative Property of Performances, Lee suggests the following equations: Baldwin = Trump; Baldwin = Beauregard; Trump = Beauregard? It’s not much of a stretch, especially when one watches the documentary sequence immediately preceding the end credits – a look back at the 2017 events in Charlottesville, including clips in which the President won’t assign unambiguous blame to the white supremacists. A blind man could see Lee’s point. The director has never been subtle and he’s not starting now. 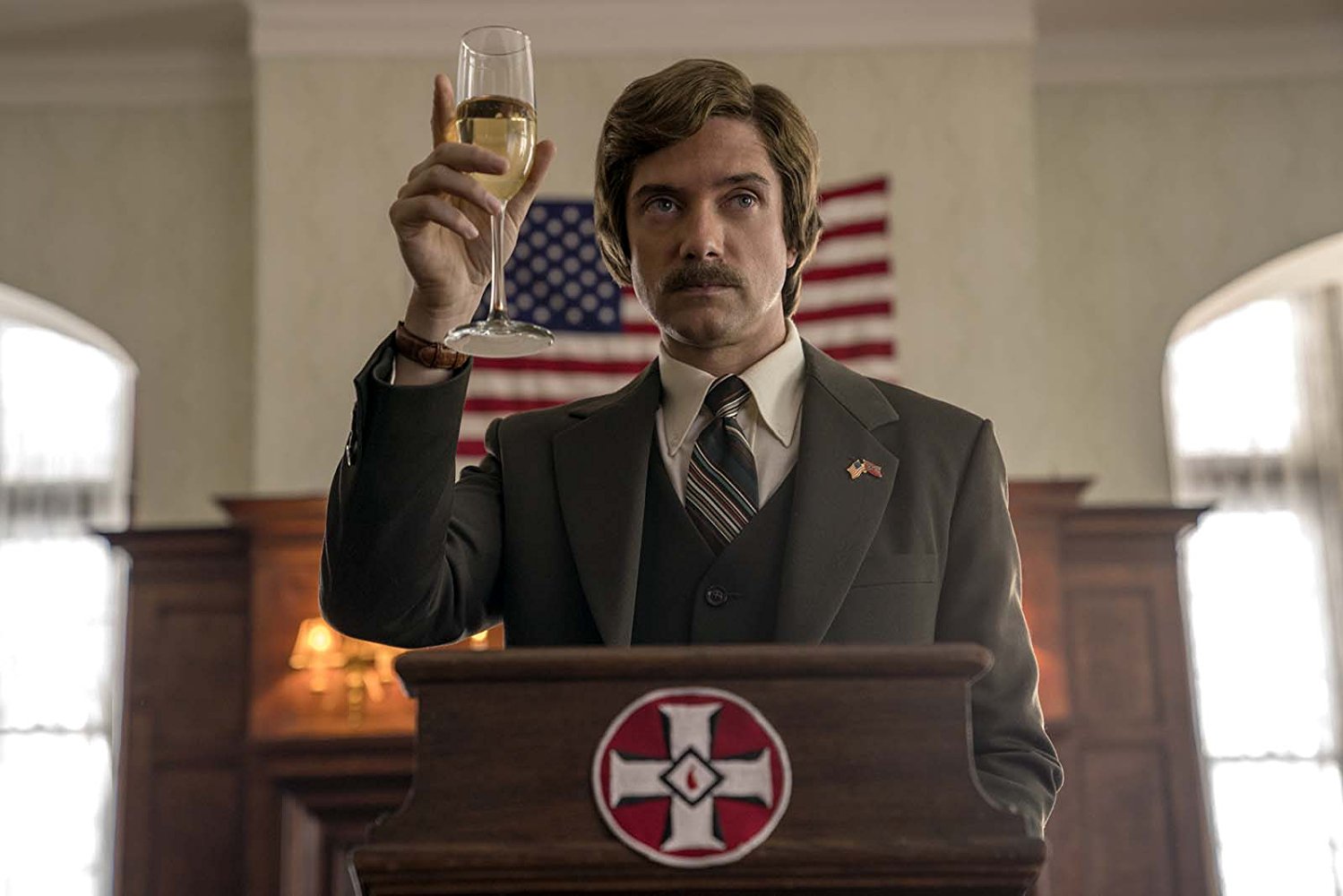 Unlike some of the other recent films devoted to the same subject (Sorry to Bother You comes to mind), BlacKkKlansman doesn’t feature a predominantly black cast. Outside of lead actor John David Washington (Denzel’s son) and his romantic interest Laura Harrier, the majority of the actors are white. Topher Grace turns in a deliciously loopy performance as the almost comedically clueless David Duke and Jasper Paakkonen is frighteningly intense as the true-believing, willing-to-kill-or-die racist. Adam Driver continues to impress with not only his range but his willingness to take on challenging opportunities. Appearing in three Star Wars movies hasn’t curtailed his thirst for small, meaty roles.

As he has done before (notably in 2000’s Bamboozled), Lee tackles the conundrum that is D.W. Griffith’s The Birth of a Nation. The usual capsule review of the seminal 1915 film goes something like this: “…despite its ugly racist story, the production deserves credit for its innovative use of cinematic techniques that have subsequently become filmmaking staples.” Lee, however, believes that such a simplistic view ignores the importance of The Birth of a Nation in giving rise to the 20th century iteration of the KKK. In BlacKkKlansman, he shows how clips from the film enflame the passions of the white supremacists who have adopted the symbols of the organization.

BlacKkKlansman gets some laughs out of its inherent absurdity but it’s mainly an opportunity to re-examine ‘70s attitudes through the lens of ‘10s perceptions. How much has changed? Lee doesn’t hammer this home too hard during the main narrative, allowing the story to flow, but instead leaves the heavy lifting to the bookends. As a result, BlacKkKlansman comes across as equally entertaining and disturbing, which is most likely what Lee intended. As for an individual’s reaction, it shouldn’t be hard to predict. If you don’t like Lee’s oeuvre or are offended by openly political movies, this isn’t the film for you. Others will find in BlacKkKlansman an opportunity to consider and reflect on the questions that Lee isn’t afraid to pose.