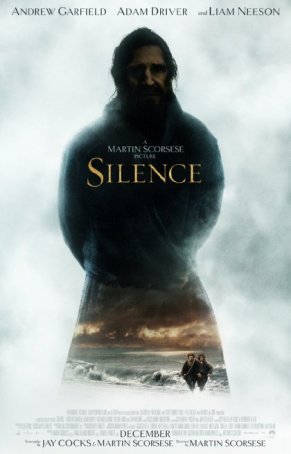 Spoilers Ahoy! This isn’t the kind of narratively-driven movie where spoilers make a great difference to the overall experience but, in order to provide an analysis of Silence, I have opted to talk about some key plot points that occur late in the film.

In Silence, moments of brilliance punctuate an otherwise sluggish, self-indulgent narrative. Although it’s difficult to imagine director Martin Scorsese making a “bad” movie, and Silence by no means falls below the “thumbs up/thumbs down” bar, Silence is among his lesser films. Its intellectual exploration of challenging themes about religion, spirituality, power, and sacrifice undermines any emotional and/or visceral connection the viewer might develop with the protagonists. The movie eventually achieves a level of powerful drama…but only after dithering for more than an hour. Its tendency toward repetition and redundancy makes it seem longer than it is and frustrating lapses in the final 30 minutes (including an unnecessary “voice of God” and a meandering epilogue) weaken Silence’s case to be considered among the best films of 2016 (or 2017). 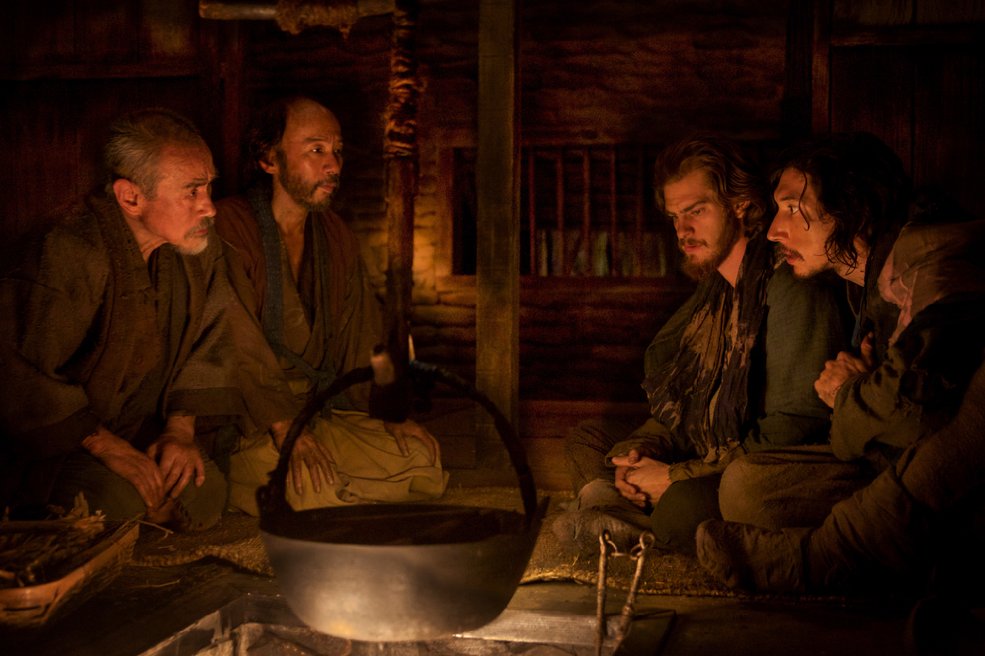 At the heart of Silence are questions about faith and apostasy. Rather than making a conventional film about a priest who questions his beliefs, Scorsese (adapting the novel by Shusaku Endo) delves into the historical realm and widens the question. Is it possible to continue to believe in and honor God when doing so causes the torment and death of others? What would God’s wishes be if, by denying Him, lives could be spared? The questions asked (and not always answered) by Silence are deep and enduring. They are as relevant today, when religious persecution is as alive as it was during the 17th century, as they have been at any time in human history. Much of the suffering endured by the Christians in Silence was faced by missionaries and believers all over the world during this general time period (the 15th-18th centuries). Some of the themes addressed by The Mission (Roland Joffe’s 1986 epic, which also featured Liam Neeson) are close cousins to those in Silence.  (The setting may call to mind the films of the great Japanese director Akira Kurosawa.)

The problems with Silence don’t lie in the ideas underpinning the story. Those are compelling. Nor do they result from the impressive production values. Silence is visually stunning and its historical verisimilitude is without evident flaw. Where Silence fails is in its storytelling. The movie is overlong and erratically paced. The sluggish first hour, in which the protagonists are reduced to bystanders, makes the price of admission for entering this world steep. By failing to engage the viewer for the film’s opening third, Scorsese assures that many will check out before they get to the parts of Silence that matter. The ending to the movie’s first act, in which three men die on crosses erected in an inlet that floods at high tide, is a strangely neutered experience. We acknowledge that the men’s deaths are horrific but we don’t feel the horror. We watch from a detached perspective, seeing these people perishing for their faith, but aren’t moved by their plight. 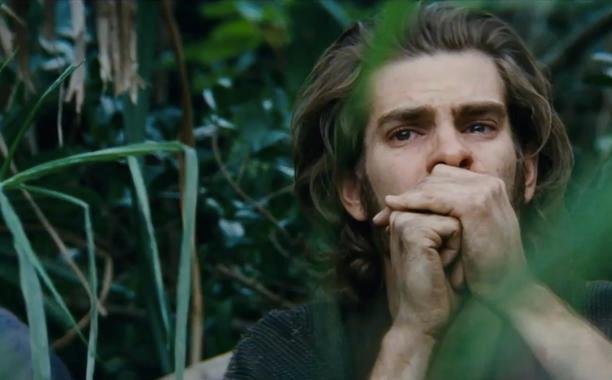 Silence follows the journey of two 17th century Portuguese Catholic priests. Father Rodrigues (Andrew Garfield) and Father Garrpe (Adam Driver) are sent to Japan to learn the fate of their mentor, Father Ferreira (Liam Neeson), who is reported to have abandoned the faith after fierce persecution. Rodrigues and Garrpe soon learn how bad things are in Japan for Catholics, where the religion is outlawed. The Inquisitor, Inoue (Issei Ogata), has made it his business to stamp out Christianity, and his methods are sometimes brutal. He offers 300 silver for anyone exposing a priest. After observing what happens to “closeted” Catholics, Rodrigues experiences firsthand what a refusal to renounce his faith means. After he is captured, he and Inoue engage in a battle of wills. The question of why he won’t relent - whether it’s true religious fervor or pride and ego - becomes central when Ferreira re-emerges.

The most riveting, intense scenes in Silence involve the confrontations between Rodrigues and Inoue and Rodrigues and Ferreira. Much of this is because of how high the stakes are during these conversations. Rodrigues clings to his eroding faith as Inoue chips away with a combination of logic and intimidation. Ferreira brings the quiet mournfulness of his own experiences and conclusions to the discussion. Once Silence gets beyond the inertness of its first hour and immerses us in Rodrigues’ experiences, transforming him from observer to participant, Scorsese is on firm ground.

The movie ends oddly. The climax occurs with about 15 minutes remaining but the story struggles on with an unnecessarily protracted epilogue told from an outsider’s point-of-view. Silence uses its final scenes to go back over previously covered territory before finally petering out.

For Andrew Garfield, now freed from the shackles of playing Spider-Man, Silence gives him a second opportunity to play a character defined by his faith. (The other being the lead in Mel Gibson’s Hacksaw Ridge.) Garfield’s performance is uneven. There are times when he lacks the necessary gravitas. Fortunately, however, his best work comes during his most emotionally charged scenes and he is able to (mostly) hold his own when working opposite Liam Neeson who, as usual, commands the camera’s attention. Adam Driver is solid and the key Japanese players - Issei Ogata, Tadanobu Asano (as an interpreter), and Yosuke Kubozuka (as Kichijiro, Rodrigues’ personal Judas) - are excellent.

Silence is the kind of movie about which a great deal can be written. It’s about things - important things, at that. Scorsese’s fault here isn’t the material’s worth but that the poor pacing of the story will lose viewers to boredom. Silence shares themes with The Last Temptation of Christ and Kundun, and, like those siblings, has trouble wedding spiritual matters with strong viewer engagement. Silence is worth seeing but it demands patience and forbearance - two qualities rarely associated with modern cinema in general and Martin Scorsese in particular.