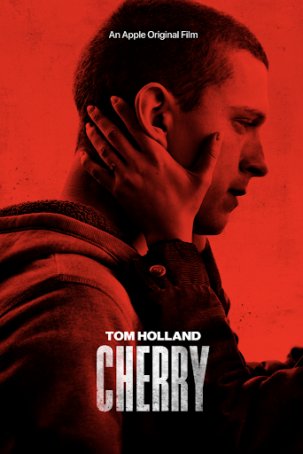 For the better part of seven years, the Russo Brothers (Joe & Anthony) have been marooned in the MCU, crafting four films: Captain America: Winter Soldier, Captain America: Civil War, Avengers: Infinity War, and Avengers: Endgame. For their encore, they have scaled things back a bit, immersed themselves in reality, and (as Monty Python might put it) opted for something completely different. Coming along with them on this new journey are their sister, Angela (who has a screenwriting credit for Cherry), and Tom Holland, who continues to make the case there’s a lot more to him than Spider-Man.

Cherry is based on the semi-autobiographical novel by Nico Walker and serves as a mashup of a variety of common movie material. It starts as a love story, transitions into a war movie (complete with a basic training prologue, albeit sans the late R. Lee Ermey), moves into PTSD and addiction, and finishes with bank robberies. Although the tone is predominantly bleak and the material is serious, Cherry finds occasional opportunities for some dark humor that keeps the movie from becoming as depressing as Holland’s other recent Spidey departure, The Devil All the Time.

The movie starts out in the early 2000s and begins by detailing the university romance between Cherry (Holland) and Emily (Ciara Bravo). When she abruptly breaks things off, saying she’s moving to Montreal, he impulsively joins the army. Soon thereafter, Emily confesses that she dropped out because she had fallen in love with him and was scared by her feelings. They reconcile and get married, and she agrees to wait while he serves his time in Iraq. After basic training, he’s shipped overseas and, as with many survivors of multiple combat missions, he comes home with deep psychological scars. Suffering from PTSD and unable to fully return to “normal” life, Cherry sees a doctor who prescribes opioids. Dependence and addiction follow and Emily joins him in the “junkie lifestyle.” Needing money to feed the habit, he starts robbing banks and, when the crimes prove to be easier than he expected, he ups the ante. 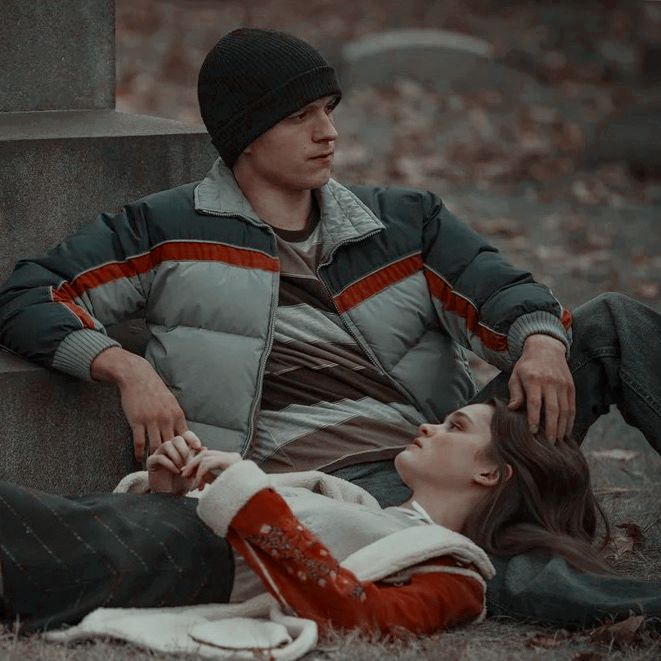 The term “Renaissance Man” is often used to describe someone who is a “jack of all trades, master of none” and that would in a sense apply to Cherry. It does a lot of things adequately but lacks the time and scope to do any of them truly well. Every chapter of this movie can be found in another (often better) film that has the space to expand and dig more deeply beneath the surface. Pacing isn’t a problem for this film; it moves at a blistering speed. There are, however, instances when it would be better served by putting on the brakes.

Cherry is presented (unsurprisingly) from Cherry’s perspective. As a result, it’s no surprise that Holland’s performance is in the fore. He is never found lacking. Whether playing a bookish student, a raw recruit, a battle-hardened veteran, or an addict, he shows himself to be as committed as when he plays Peter Parker or his alter-ego. Cherry is a fully realized individual and, although he makes some truly questionable choices, he is presented sympathetically. Beyond Cherry, however, it’s hard to find anyone else who could be considered three-dimensional. That includes Emily. Although Ciara Bravo does as good a job as she can under the circumstances, her character is underwritten. Of the various other individuals who cross Cherry’s path during his long, arduous journey, the only one who leaves any sort of impression is a low-level drug dealer who’s known only as Pills & Coke (and is played by Jack Reynor who seems to be channeling Seth Rogen). 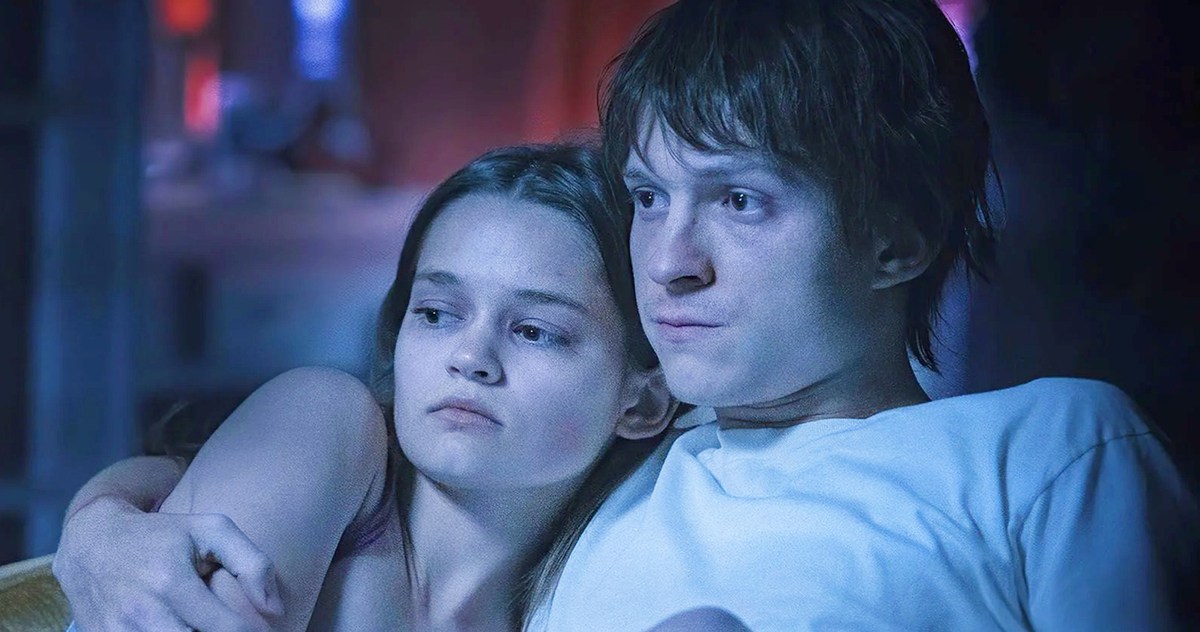 The way in which the screenplay shortchanges Emily undercuts some of Cherry’s power because, in many ways, her fate is more tragic than his. She suffers because of love and, although she doesn’t see the horrors that he does in Iraq, she is a silent victim, lying next to him at night as he screams out in terror then following him down the path of addiction when she can no longer stand living with him sober. There are times when the Russos almost get us there but they can’t quite make it. As a result, Cherry comes across as ambitious but not entirely successful. The directors deserve credit for weaving together so many contemporary issues into a single, digestible story but there’s too much material here to do consistently well in a 2 ½-hour movie.