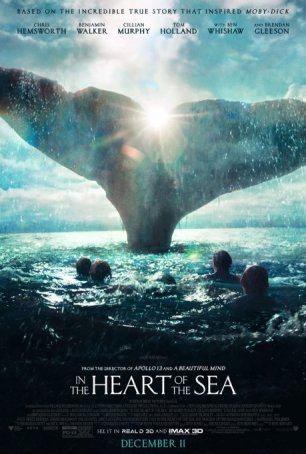 If you go to see Ron Howard’s In the Heart of the Sea, you will get two movies for the price of one.  The first is a rousing deep sea adventure about a ship venturing into rarely-traveled waters in search of one of the era’s most valuable commodities: sperm whale oil. It’s a little like an early 19th century “Deadliest Catch” (with a little The Perfect Storm thrown in for good measure). The second is a survivalist story about the 90 day odyssey of the men who escaped a shipwreck floating around in the ocean hoping to be rescued. Howard has arguably bitten off more than he can chew with this story - for an epic tale of this scale to work, it needs to unfold gradually - something the two-hour running time doesn’t permit. So, to speed things up, we get a voiceover narrative, frequent time jumps, and an emphasis on spectacle over character.

In the Heart of the Sea is based on a true story based on a true story. It goes two layers deep with most of the historical accuracy getting lost along the way. Herman Melville (Ben Whishaw) is known to have based his landmark classic Moby Dick on the sinking of the whaling ship Essex in 1820. This movie’s wraparound story has Melville (circa 1848) interviewing the sole survivor of the Essex, Thomas Nickerson (Brendan Gleeson). Cue flashbacks, which comprise most of the movie. Although the Melville scenes establish the connection between the Essex and Moby Dick, they feel extraneous and lazy, allowing numerous narrative shortcuts.

The core of the film follows the Essex as, under the command of George Pollard (Benjamin Walker), it ventures far from land in a quest to fill 2000 barrels with oil. The journey is expected to take anywhere from one to three years. Pollard, an inexperienced captain, has a fractious relationship with his seasoned first office, Owen Chase (Chris Hemsworth). A strong mutual antipathy impels them to complete the mission as quickly as possible so as to be rid of each other. After an initial success (a thrilling and insightful sequence detailing the hunting and killing of a whale), they are beset by failure until a lead offers the promise of filling their cargo hold. But when they arrive at this would-be killing zone, they are turned from predator to prey as a monster whale treats the Essex like a toy.

Promotional material might lead the viewer to expect the whale to play a bigger part in the movie than it does. Aside from the scenes that depict it destroying the Essex, its role is minor. The screenplay brings it back a couple of times later in the film to inject action and suspense but this isn’t about the obsession of one seafarer with the destruction of a whale. Instead, it’s about a group of men doing what’s necessary to survive while floating around in a lifeboat with exhausted provisions and no land in sight. Some of what they do isn’t pretty - think Alive. 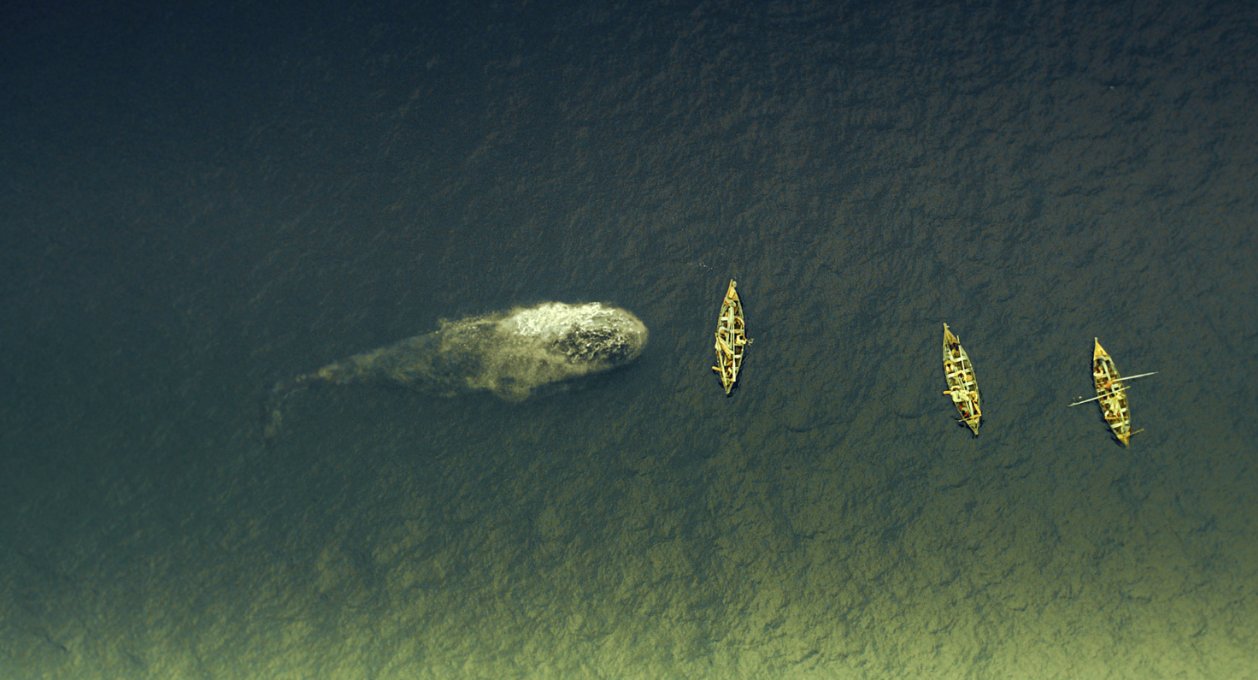 The biggest problem with In the Heart of the Sea is its episodic nature. Especially during the post-sinking saga, things don’t flow smoothly. It’s unclear whether this is more a script or editing issue but there’s a surprising lack of tension and scenes that are supposed to engender a strong reaction are too understated to provoke the expected response. The characters are curiously one-dimensional and their interaction is generic - until they become too weak to do more than lie listlessly in the bottom of the boat, baking in the sun. Most of the men populating the film are familiar types - the arrogant, insecure captain; the brave, heroic second-in-command; the hard-working, eager-to-learn greenhorn; etc. On a dramatic level, In the Heart of the Sea offers too little for it to be completely successful.

Visually and viscerally, the film provides reasons to pay the price of admission and see it in a theater. There are moments of grandeur, such as when the whale launches itself high into the air or when the ship wrestles with the raging winds of an angry tempest. Such instances will lose power on a smaller screen. The 3-D, on the other hand, is not a selling point. Once again, it adds little or nothing aside from a surcharge and the mandate to wear uncomfortable, recycled sunglasses. 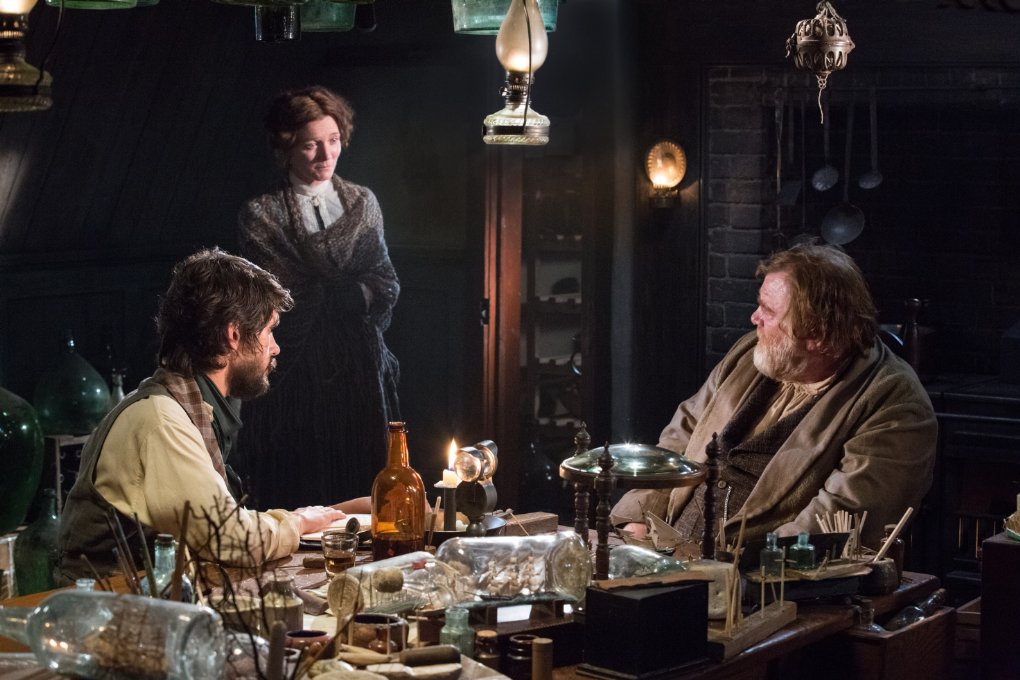 Although this is not an actors’ movie, Chris Hemsworth is effective as the cocky-but-likeable Chase - this is some of the most complete acting he has done since his appearance in another Howard film, Rush. As his foil, Benjamin Walker is less adept. His performance is more aloof and, as a result, it’s hard to develop a feeling for Captain Pollard, one way or the other. The three actors appearing in the wraparound segments - Ben Whishaw, Brendan Gleeson, and Michelle Fairley - are underused.

In the end, I’d have to say I felt about the same about In the Heart of the Sea as I did about this year’s Everest. Both are about the power of nature and the survival instincts of men. Both feature strong visual images. And both are found lacking in the storytelling department (in large part because of time constraints). The film will find great appeal among those who like seafaring adventure stories and man-versus-nature spectacles. It’s not an Oscar contender but, as a way to bridge the gap between the Thanksgiving releases and the Biggest Movie Event of 2015, it’s a solid option.