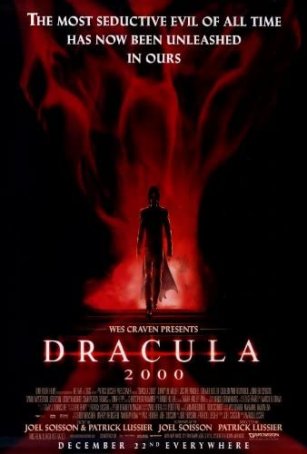 Of all the indignities to have been visited upon Dracula during the past century (including being the "inspiration" for a cereal and a Sesame Street character, and being lampooned by Mel Brooks), none is more unsettling than what has happened to the world's most famous vampire in Dracula 2000. Dimension Films, the exploitation division of Miramax, decided that, with their two horror franchises currently on hold (the Scream and Halloween films), they would turn their attention in another direction. So they sunk their greedy fangs into the most venerable monster they could find and sucked him dry.

Max Schreck. Bela Lugosi. Christopher Lee. Louis Jordan. Klaus Kinski. Frank Langella. Gary Oldman. These are the name of some of the actors to have taken on the role of Dracula since F.W. Murnau first brought him to the screen in 1922. Now, added to the list is Gerard Butler, who looks (and acts) more like an underwear model or a rock star than a vampire. He appears ready at any moment to peel off his cape and shirt and strike a pose, flexing his pecs and flashing his pearly whites (fangs included). It would be hard to come up with a worse choice for the Count - even violating Lugosi's grave and propping up his remains would result in a more animated performance. Butler is too busy preening to generate any sense of menace. Dracula 2000 envisions the title character as a darkly tragic, romantic figure (I suppose it's politically incorrect to present him as the soulless monster of earlier days) who can be redeemed. As played by Butler, he has all the personality of a limp noodle. 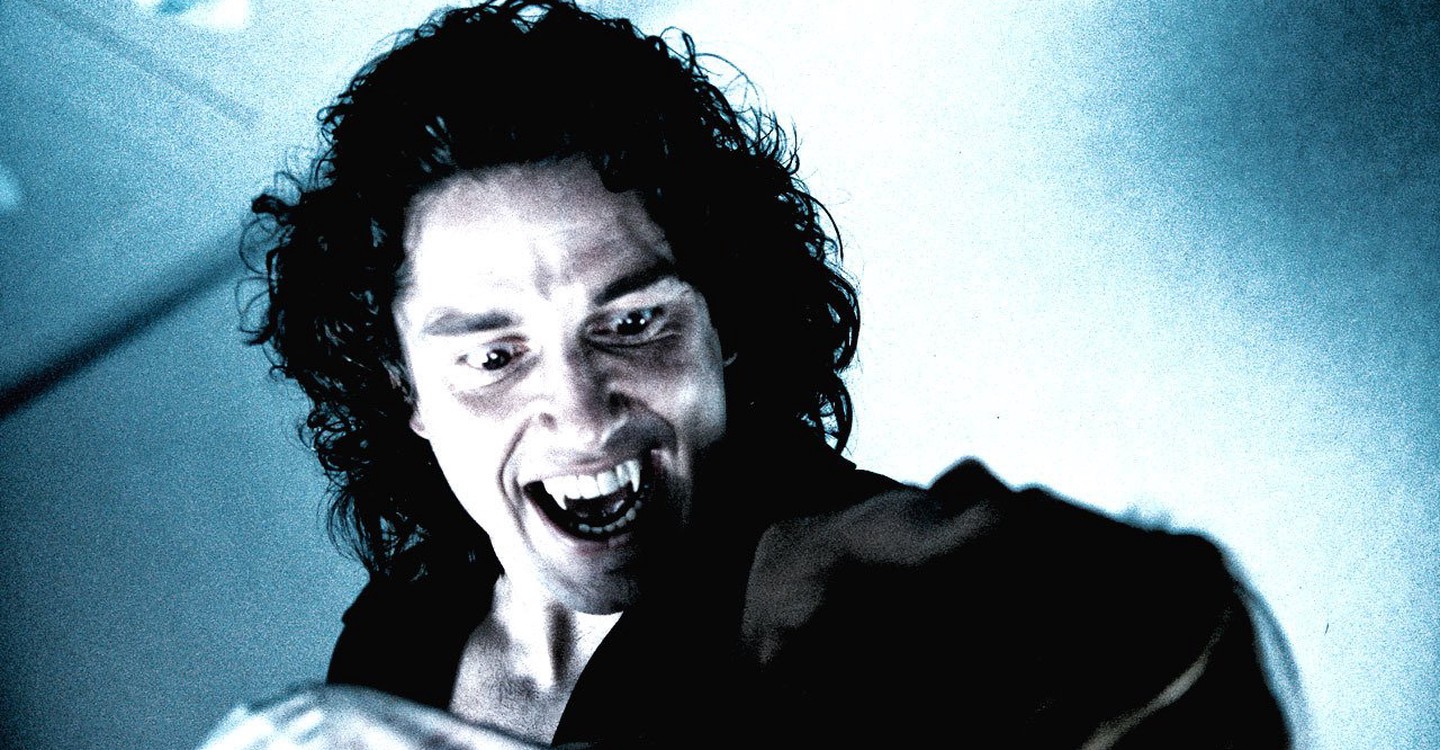 The story, which attempts to bring Dracula and several other characters from Bram Stoker's novel ahead more than one-hundred years in time, should have been aborted early in pre-production. The author of the novel Dracula is not mentioned in the credits, which is perhaps just as well considering the final product, although something along the lines of "With apologies to Bram Stoker" would have been appropriate. In addition to toying with the people and situations presented in the book, screenwriter Joel Soisson and first-time director Patrick Lussier decide to delve into the reasons behind Dracula's distaste for Christian iconography. The solution they come up with is so ludicrous that you may laugh aloud when you figure out what it is.

The film opens with a superfluous prologue set in the late 1800s, then skips ahead more than a century to modern-day England, where a very old Professor Van Helsing (a slumming Christopher Plummer, resembling Donald Pleasance in the more ignominious Halloween sequels) is tinkering in his private laboratory. Meanwhile, a group of inept thieves have broken into an ancient crypt deep in the bowels of Van Helsing's house. Within lie the remains of Count Dracula, sealed in a specially shielded coffin (it seems that Van Helsing has pack rat tendencies). The thieves do the predictable: release Dracula then provide him with an appetizer, entrees, and dessert (Jennifer Esposito, Danny Masterson, Sean Patrick Thomas, Omar Epps). After sating his appetite, he's off to America, in search of Van Helsing's daughter, Mary (Justine Waddell), with whom he has a blood tie (her long-lived father infused himself with small amounts of the Count's blood in order to stretch his life span). After another snack or two (including Jeri Ryan, from "Star Trek: Voyager", who makes a pointed comment about the reason for her popularity), he meets up with the elder Van Helsing and his assistant, Simon (Jonny Lee Miller), both of whom have pursued him across the Atlantic with the intention of stopping him from reaching Mary. But the confusion of Mardi Gras and Dracula's ever-growing army of minions seek to thwart our stalwart heroes. 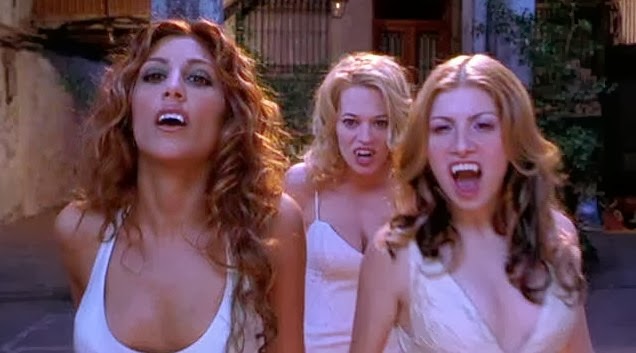 As if trashing Bram Stoker's novel wasn't enough, Dracula 2000 has also taken aim at a more revered title by re-writing portions of the Bible. (Apparently, the four gospel writers omitted a few details that Dracula 2000 has helpfully restored.) Once the screenplay was "fine tuned", it was handed over to Lussier (an editor on many of Dimension's crop of horror movies), who went to work transforming this vampire tale into a slasher movie. The result is predictably plodding and uninspired. Gore has replaced atmosphere. Slick production design muffles any hope the film had of generating terror. And, instead of possessing the wit that was the salvation of the first two Scream movies, Dracula 2000 takes itself deadly serious. There is, in fact, very little that this film does right, and I can identify nothing to justify its existence. The use of Wes Craven's name in the title (which, in long form, is Wes Craven Presents: Dracula 2000) is nothing more than an advertising gimmick. Craven gets an Executive Producer credit, but his actual involvement in the movie is administrative, not creative. As a filmmaker, Craven has produced his share of dogs, but nothing this shaggy.