When Paul Verhoeven took Hollywood by storm during the mid-1980s, he had been a successful director overseas for two decades. During his U.S. tenure, he produced a string of iconic films that remain in the consciousness today, including Robocop, Basic Instinct, and the infamous Showgirls. Following 2000’s Hollow Man, he quit the studio system and returned to Europe where he could make the kinds of films he wanted to make. Elle, arguably Verhoeven’s most praised international hit to-date (made in France with a French crew and bankrolled by French money) shows the director at his best. Un-neutered by focus groups and ratings concerns, he has crafted the kind of film that Hollywood never would have permitted. Elle’s moral ambiguity and controversial content are its strengths. It is by no means a perfect movie. The final third in particular is problematic, with the tightly-focused narrative unraveling and a sense of anticlimax creeping in. But, taken as a whole, this is compulsive viewing and offers plenty of material for post-viewing discussions. 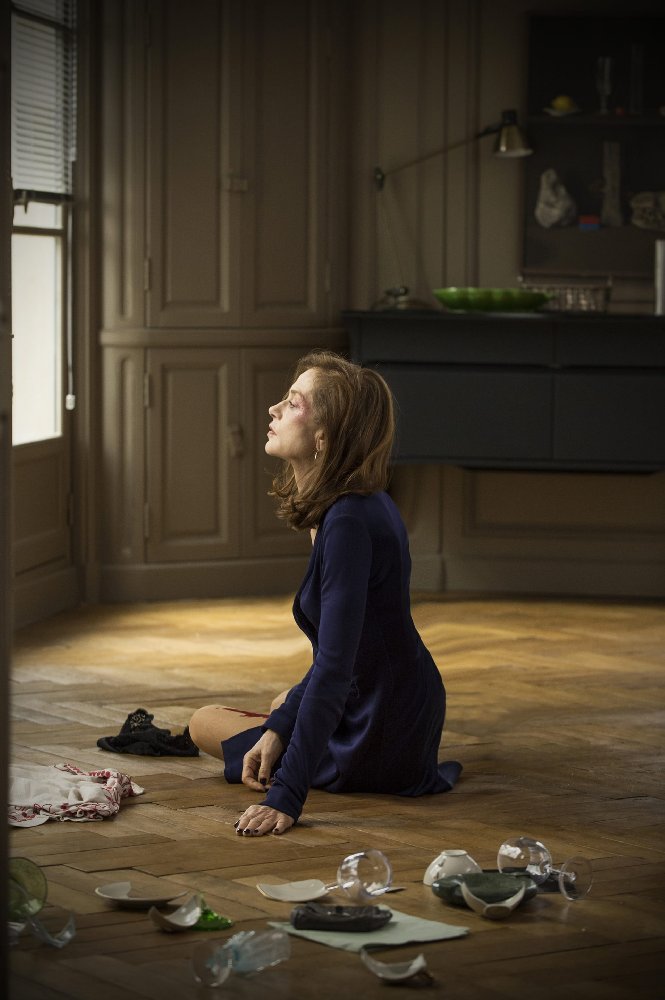 Elle owes its success as much to lead actress Isabelle Huppert as to Verhoeven. Huppert, who earned a Lead Actress Oscar nomination (a decided rarity in a foreign-language film), is no stranger to playing psychologically complex characters but this may be her most conflicted one to date. Michele Leblanc is not easily pigeonholed. She’s smart, sarcastic, strong-willed, and fearless. She’s a proponent of “tough love” and uses people without a second thought. She enters risky relationships because of the thrill of danger. Emotionally and mentally, she’s damaged but what we initially take for denial may be something else altogether. She never plays the victim even when she is one. Huppert has no difficulty conveying all of this and much more, being simultaneously frightening and sexy.

The original plan was to make this movie, which features a screenplay by American David Birke based on a novel by Philippe Djian, in the United States with a “name” actress. Everyone approached by the producers declined. Huppert, however, having read the book, was eager to sign. Like Carice von Houten in Black Book, she formed a rapport with the director and the peculiar alchemy led to a memorable production.

Elle opens with a rape. By Verhoeven’s standards, it’s relatively tame (although we see longer versions of this scene from different perspectives in subsequent flashbacks). A woman is pulled to the ground, slapped, and forced to submit to a masked intruder. After he has departed, she gets up, cleans the mess, and takes a bath. By the next day, Michele is acting as if nothing happened, although she calls a locksmith to change her locks and buys some self-defense tools. By the time she tells friends about her ordeal, it’s several days in the past and she brings it up matter-of-factly at a dinner. They are shocked - not only that it happened but that she hasn’t told the police (or anyone else, for that matter). 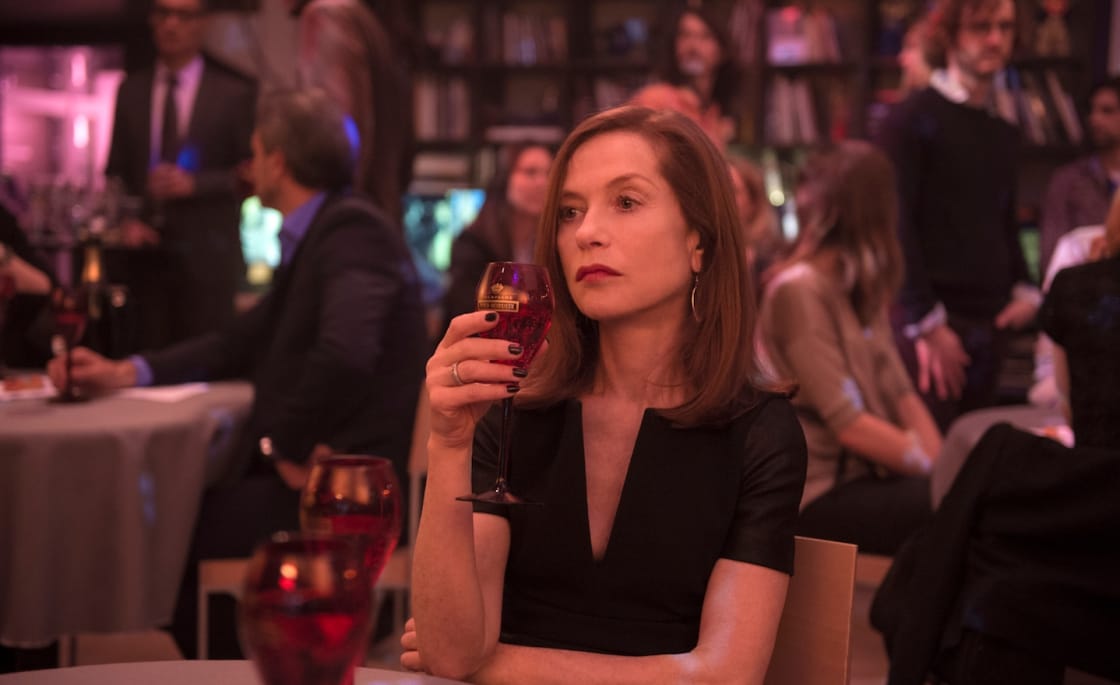 Although Michele may be unique in the pantheon of screen characters, the narrative is follows the traditional trajectory of a psychological thriller. When it becomes apparent that the rapist is stalking her, Michele begins an investigation to uncover his identity while preparing for a potential second assault. The movie pivots around the 90 minute mark to go in a different direction and, although this offers a great deal of fodder for discussion regarding the relationship between sex and violence and the nature of consent, it takes the film into an artificial zone. Characters begin interacting using “movie speak” rather than having true-to-life, meaningful conversations. Tonally, the final few scenes are at odds with everything that precedes them. They wrap up the story but feel more scripted than genuine.

Verhoeven has shown in the past that he’s a master of shock and exploitation. Here, as in 2006’s masterful Black Book, he exhibits a Hitchcockian flair for putting viewers on edge and keeping them there. The atmosphere is moody and the supporting cast offers a gallery of potential suspects who could wish Michele ill - a disaffected artist who sees her as officious and ineffective, a meek IT professional, an ex-husband (Charles Berling), a current lover (Christian Berkel), a helpful neighbor (Laurent Lafitte), and even her oblivious son (Jonas Bloquet).

Elle is sure to turn off some viewers - the subject is too raw and controversial not to - but it’s equally likely to appeal to anyone intrigued by material freed from Hollywood’s safety net. Verhoeven adores strong female protagonists and his penchant has grown stronger since turning his back on the U.S. studio system. Michele represents arguably the most intriguing lead in any of his productions. Elle is fascinating, disturbing, and mesmerizing. As an example of Verhoeven’s mastery behind the camera and Huppert’s in front of it, this offbeat revenge-thriller offers suspense and mystery that are a cut above anything currently being churned out by the studios.