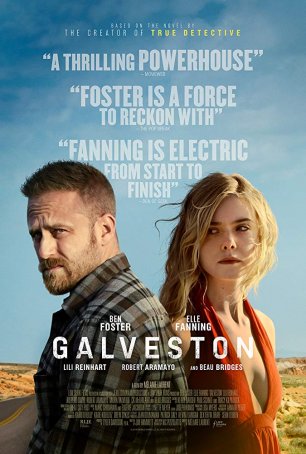 A modern crime thriller with noir inflections, Galveston operates in the seedy underbelly of the American South. Hitman Roy Cady (Ben Foster), struggling with a recognition with his own mortality, recognizes that he hasn’t lived a good life. Like most movie characters in search of redemption, Roy stumbles upon his opportunity, although he doesn’t realize it at first. But the more time he spends with teenage prostitute Rocky (Elle Fanning) and her 3-year old sister, Tiffany, the more aware he becomes that they could represent a chance for him to do something right before lung cancer succeeds where his rivals have failed.

Galveston, the first English-language, U.S.-based film from French actress/director Melanie Laurent (most recently seen in front of the camera in Operation Finale), is a grim affair populated by directionless individuals. Although Laurent has empathy for the characters, their situation is desperate and there are no good options. In overplaying his hand, Roy puts himself and Rocky in harm’s way and, in the end, he is forced to decide between real sacrifice and self-preservation. The film’s climax turns on a minor contrivance and the story might have benefitted from a longer epilogue. The last, crucial scene is almost too brief to provide the catharsis it wants to give. 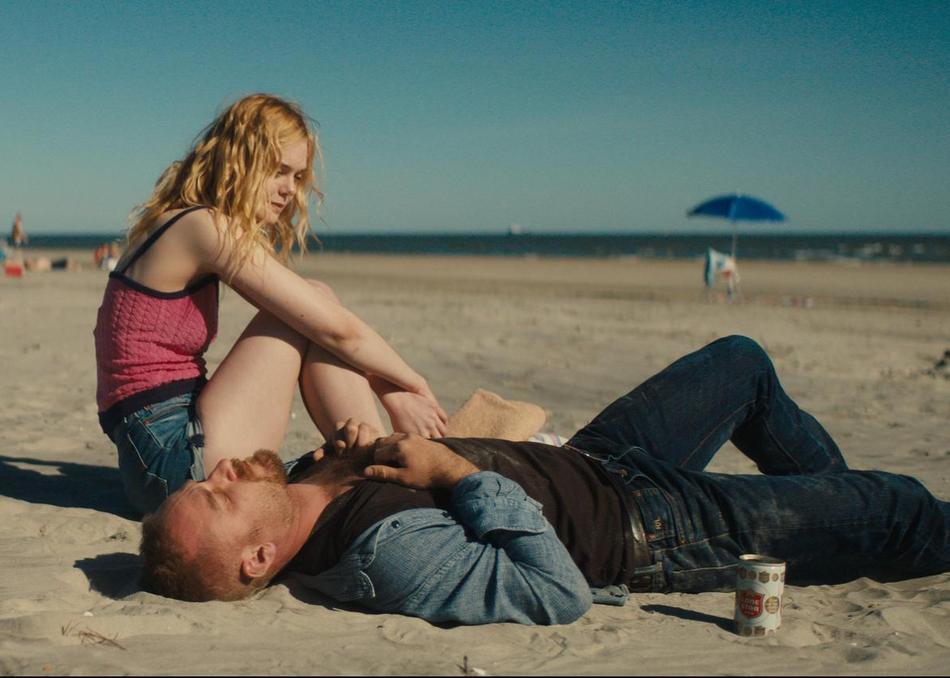 Roy knows the ways of the world in which he operates so, when his New Orleans-based mobster boss (Beau Bridges) tells him to go weaponless to his next job, he makes sure to bring a gun. He needs it – he has been set up. Roy not only survives the ambush but rescues Rocky, a captive hooker the thugs had plans for. Rocky, a clingy, needy sort, attaches herself to Roy and pleads with him to take her with him on the run. He’s headed for his hometown of Galveston, where he plans to lie low. He reluctantly agrees to having a passenger, although he brutally rejects Rocky’s offer of “payment.” He soon gets more than he bargained for when a “quick stop” results in the girl’s toddler sister joining them.

Despite the way it starts out, this isn’t a road movie. Most of it is spent at a generic motel in the middle of nowhere where Roy and Rocky get to know one another and form a tentative bond. Just when we think we know where the movie is going, however, it takes a sharp turn, eviscerating the expected cliché with finesse. While Galveston could have easily turned into a traditional revenge picture, Laurent (working from Jim Hammett’s adaptation of Nic Pizzolatto’s novel) is after something subtler and more nuanced. Galveston’s stars sell their characters and, by extension, the story. Ben Foster is excellent as the soul-sick, life-weary Roy, and there are few working character actors who can play this role better than Foster, whose recent work (Hell or High Water, Leave No Trace) shows the depth and breadth of his talent. Elle Fanning is credible as the little-girl-lost who comes with an edge to her cotton candy looks. This is no hooker with a heart of gold but a damaged girl who has had as hard a life as her protector. The chemistry between the actors is perfect for the roles they play – not overly sexual but neither purely platonic.

Galveston is bookended with scenes set against the backdrop of Hurricane Ike’s devastating 2008 landfall. One of the movie’s missteps is not to do more with this situation – it feels superfluous and I was disappointed by the rushed manner in which the story concludes. However, although the ending is imperfect, it cements the film’s most important character arc. Bleak and gripping, Galveston offers a compelling experience for those who don’t demand pure escapism and are willing to sample the darker side of cinema.