If one discounts Halloween III, it has taken twelve movies, four timelines, and nearly 45 years to get to this point. If there was such at thing as “truth in advertising” in movie titles, this would be the last bow of one of movie-dom’s longest-lived horror franchises. But, things being what they are, finality can be a slippery thing and if there’s money to be made, someone at some point will figure out a way to exhume Michael Myers. If he comes back, however, it will be without Jamie Lee Curtis, David Gordon Green, and John Carpenter. For now, however, Halloween has finally reached its long-gestating terminus. And, considering the various indignities visited upon Michael Myers over the years (aside from the first movie, some isolated moments in Halloween 4 and H20, and the recent Green trilogy, there hasn’t been a lot of “good”), it’s not a bad way to go out. At least it has the virtue of trying something new.

When Green partnered with Blumhouse to resurrect Michael in a new trilogy, he arrived with specific requirements. The first was that both John Carpenter and Jamie Lee Curtis had to be on board – the former took some convincing but eventually agreed to work as the composer and provide some input to the story. The second was that each installment would have specific goals. And the third was that there would be an ending. Michael had already faded into obscurity on three previous occasions in large part because his appeal was limited. You can only go to the well so many times. 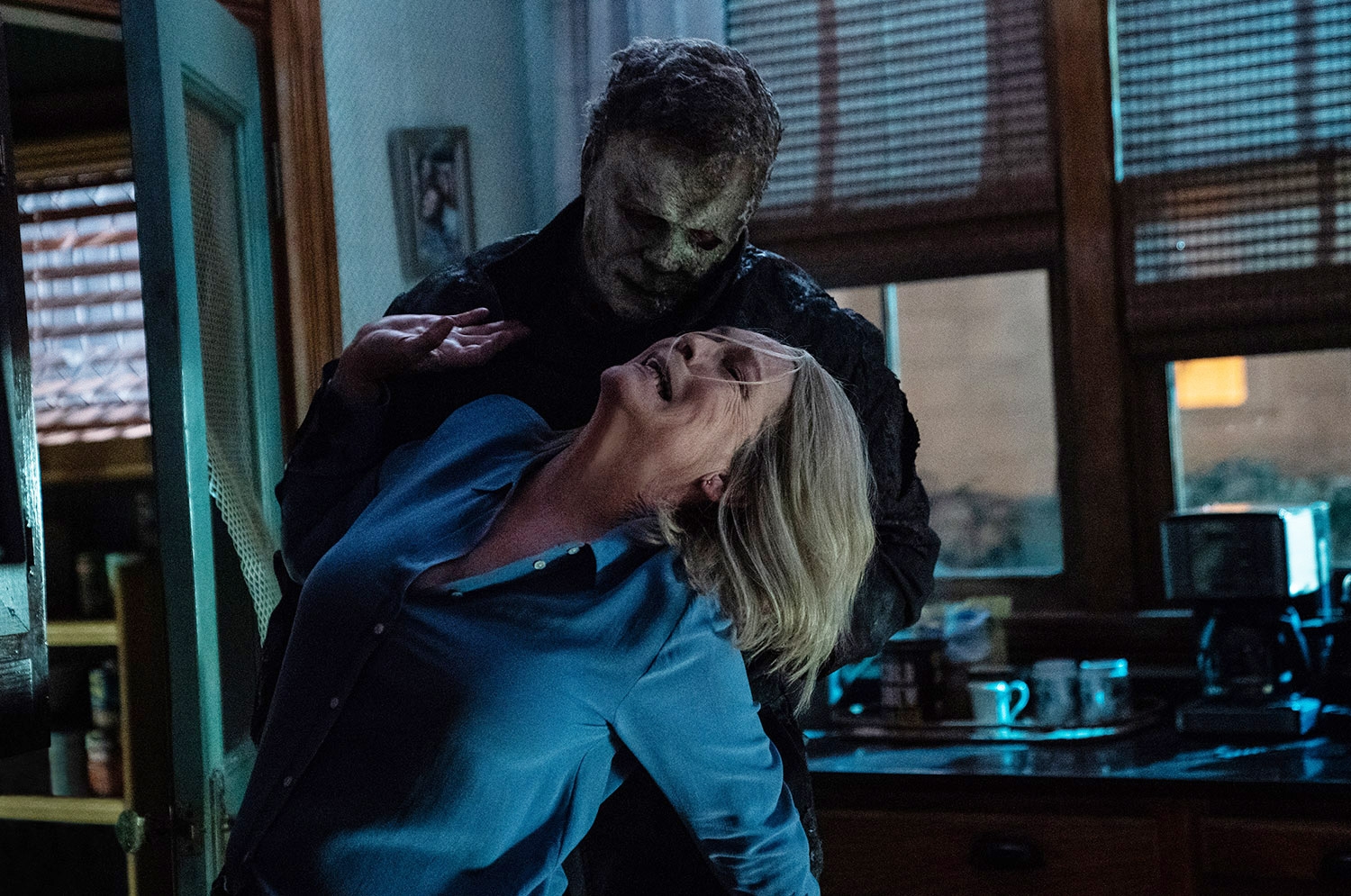 2018’s Halloween paid homage to Carpenter’s original while functioning as a direct sequel (throwing out everything from the first Halloween II to the second). 2021’s Halloween Kills asked existential questions about the nature of evil and the ugliness of the mob mentality. Now, Halloween Ends wraps up the package by taking a discarded plot element from the end of Halloween 4 and repurposing it for a new storyline. (Halloween 5 would have been a much better film had it gone down the road taken by Green and his screenwriters.)

The movie opens with a seemingly unconnected flashback to 2019, the night of Michael’s return engagement, but this scene doesn’t involve the serial killer with the decaying Captain Kirk mask. Instead, it introduces Corey Cunningham (Rohan Campbell), a 21-year old babysitter who’s about to have a very bad night. After the opening credits (yes, some movies still have those) set to the iconic “Halloween Theme,” there’s a four year time jump. The movie takes its time re-introducing familiar characters: Laurie Strode (Curtis), who has seemingly found a way to cope with her lot in life; her granddaughter, Allyson (Andi Matichak); police officer Hawkins (Will Patton); and Corey. Following his spree, Michael (James Jude Courtney), has not been seen. But like all movie monsters, he’s simply hiding and, around the 40-minute mark, he makes his return. This time, though, Michael doesn’t kill his first victim, who happens to be Corey. Instead, he looks deep into his soul and transfers a portion of the “evil” infecting him. A new serial killer is born but Michael is still around, headed for a final confrontation with the one who keeps getting away. (Because how could one end Halloween without that?)

Despite the overlong setup, which consumes 1/3 of the running time, there’s still plenty of opportunity to build the body count. It’s not as extreme as in Halloween Kills, but it exceeds a dozen. The movie tells a different sort of story than its predecessors – one that surprised me with the direction it took for many of the characters, including Michael – and is comfortable doing something other than re-tilling overplanted territory. There’s no shortage of fan service (there are numerous clips from 1978’s Halloween) and Green throws in the occasional jump-scare. He also has a little fun with how tropes have changed since the ‘80s by showing the prototypical hot young woman getting ready for a shower and not revealing an inch of flesh for the camera. (We know how that scene would have gone in any film during the original slasher phase.) 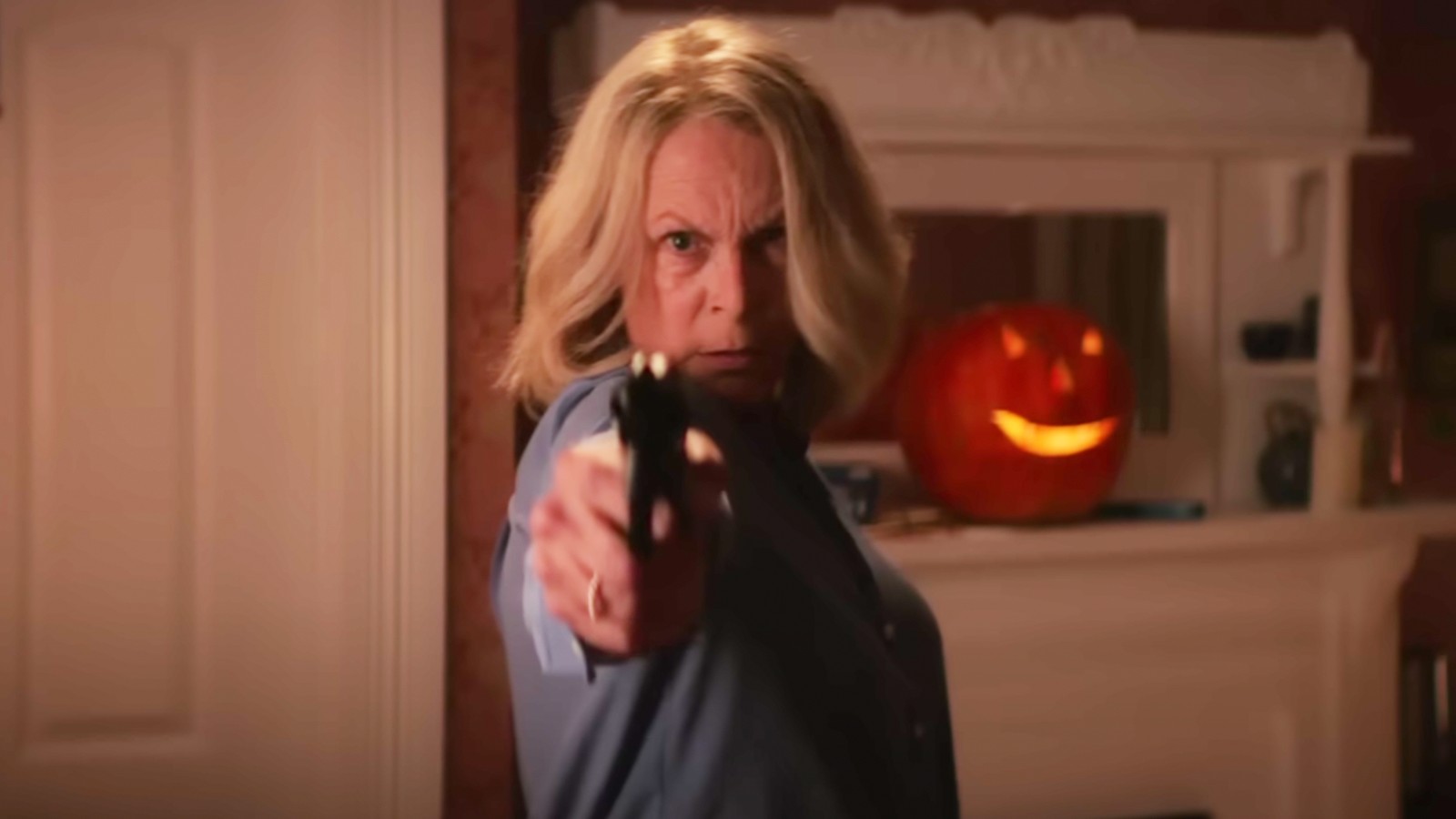 The movie allows for some character development. Laurie is closer to the character we first met wandering the streets of Haddonfield in 1978 than at any time since, and Jamie Lee Curtis finds a way to play her both as a haunted survivor and a grandmother seeking to redirect her last years. Allyson has traversed the path from typical teenager to lonely, lost soul. Officer Hawkins has gotten in touch with his mortality. And even Michael isn’t the same. His emotionless devotion to killing remains intact but age is slowing him down and, like Emperor Palpatine, he’s open to recruiting an apprentice.

Although Halloween Ends is a better-than-serviceable slasher film, its old-school approach to horror might feel dated in comparison to the flow of new, more intricately plotted films in Hollywood’s post-pandemic pipeline. Still, Michael and Laurie have paid their dues to earn this telling of one final tale and, at least for those who enjoyed the original and Green’s revisitations, it’s a welcome way to conclude what has been a long (and sometimes weird) journey.