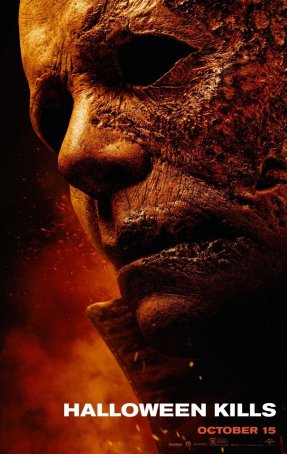 The following words, spoken by Dr. Sam Loomis (Donald Pleasance) in the 1978 Halloween regarding his patient, Michael Myers, loom large over the 2021 sequel, Halloween Kills: "I spent eight years trying to reach him, and then another seven trying to keep him locked up because I realized that what lived behind that boy's eyes was, purely and simply, evil." Although Loomis is seen only fleetingly in this movie (as a result of the combined efforts of a CGI recreation and a passable voice double), his assessment of Michael lies at the movie’s core. No longer can it be imagined that Michael is a person. As his longest-surviving victim, Laurie Strode (Jamie Lee Curtis), has come to realize, Loomis got it right.

The middle chapter of David Gordon Green’s Blumhouse Halloween trilogy, Halloween Kills continues the story started in 2018’s Halloween, delves into the past to explore what happened after the original film during this timeline, and sets up the third and final movie in this cycle, Halloween Ends (which is due to be released in either October 2022 or October 2023). For lovers of shocks and gore, there’s plenty to adore about Halloween Kills. Whereas the 1978 production had a relatively small body count (five dead, including the sister and some random guy on the road to Haddonfield), Gordon Green doesn’t skimp on this element. Halloween Kills takes its name seriously, offering more than two-dozen corpses. But there’s more going on here than chronicling the most recent spree of Michael Myers (James Jude Courtney). There are existential questions to be asked about the nature of evil and the ugliness of the mob mentality. And one doesn’t have to delve too deeply to uncover a political element as Gordon Green offers a commentary about Trumpism – how a malevolent force can transform otherwise good, decent people into monsters. 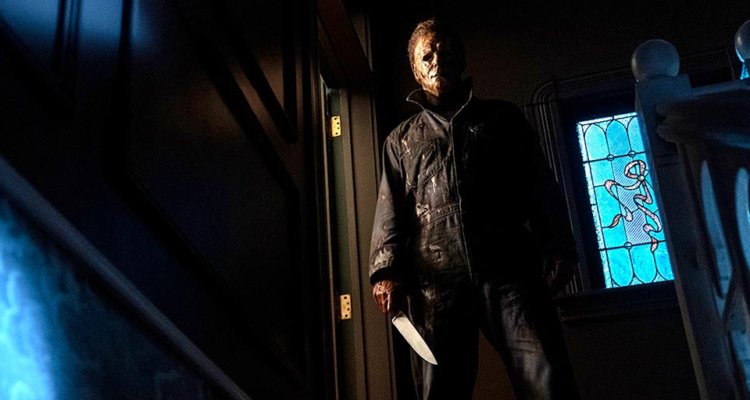 The movie begins where its predecessor ended, with Michael’s supposed immolation in the fiery trap set for him by his longtime nemesis, Laurie. She, her daughter, Karen (Judy Greer), and her granddaughter, Allyson (Andi Matichak), are on the way to the hospital. Laurie’s not in great shape after having been knifed through the stomach. It’s a survivable wound but it results in her being laid up in a hospital for the majority of the film. (Sound familiar?) Her roommate is another victim (although not directly of Michael) who we thought was dead – Officer Hawkins (Will Patton). As Karen stands guard at the hospital, Allyson joins up with the “Evil Dies Tonight” mob that decides to take down Michael without police involvement/interference. (The last time we saw something like this was in Halloween 4.) That group includes Halloween franchise veterans like Marion Chambers (Loomis’ assistant, played for the fourth time in two timelines by Nancy Stephens), Lindsey (Kyle Richards), Leigh Brackett (Charles Cyphers), Lonnie Elam (a re-cast Robert Longstreet), and Tommy Doyle (a re-cast Anthony Michael Hall). Their goal: take down Michael or die trying. 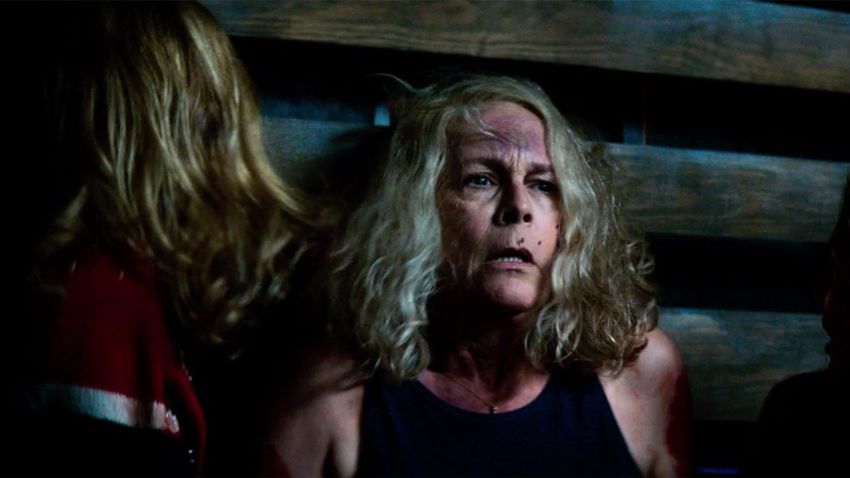 While Gordon Green and co-screenwriter/co-producer Danny McBride used 2018’s Halloween as an opportunity to offer homage to John Carpenter’s original, Halloween Kills allows them to explore the psychological ramifications of a having a seemingly indestructible killer on the loose. Some characters wallow in guilt. Others are galvanized into action. Others try to ignore everything and go about life as normal (a bad idea for the couple currently living in the old Myers house). Many do idiotic and incomprehensibly stupid things. (But what do you expect? This is a slasher film and some tropes don’t change). There are plenty of scares and Michael is as brutal as ever (although most of his killings are done using a knife – he’s not as inventive as he has been in some of the other entries). He wears the same mask (a little worse for wear) and, although it comes off for a little while, we never get a clear look at his face (it’s better that way – any face would be humanizing). Carpenter’s music is our ever-present companion, bridging the years and reminding us of 1978.

Halloween Kills offers plenty of fan service. First and foremost is the presence of Jamie Lee Curtis who, despite being sidelined for most of the film, lets us know her character is still around. (The lack of a Laurie-vs-Michael confrontation is one minor disappointment.) Special effects technology brings back Dr. Loomis during the 1978 flashbacks (the resurrection is more successful than Tarkin’s in Rogue One, although Loomis’ total screen time is perhaps a minute). Pretty much every surviving character from the original Halloween is given a speaking line. In keeping with their matriarch’s uncompromising attitude, the two younger Strode women come into Halloween Kills with their innocence in shreds and their resolve hardened (although neither has much to do).

For decades, there was always a question about which ‘80s slasher franchise would outlast the others. With at least one more entry to go, Halloween has to be declared the “winner.” It has been 11 years since Freddy Krueger last went roaming and a year longer since Jason visited the big screen. During the course of his 43-year history, Michael has undergone numerous reboots and is enjoying a resurgence after decades of neglect. Halloween Kills is one of the better sequels (put it alongside Halloween 4 and H20 and a shade below the 2018 production) and contains all the elements to make it popular among horror film lovers regardless of their ages.