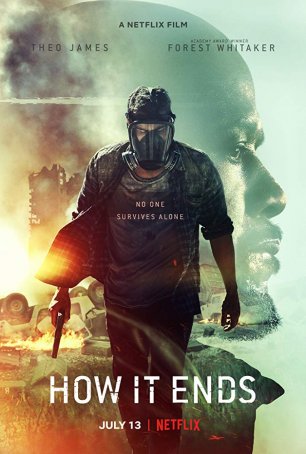 Ironically, I’m sure, the title of this movie identifies the single most obvious problem. Certainly, there’s nothing wrong with how it begins. In fact, the first 20 minutes or so of How It Ends are solid, filled as they are with mystery and uncertainty. An unknown apocalyptic event has struck the West Coast and seems to be rippling eastward. Instead of focusing on special effects and typical disaster movie scenarios to illustrate the apocalypse, director David M. Rosenthal’s film drills down on a small group of characters who are isolated from the events. They, like us, want to know more. Then, once the movie has hooked us, it turns into a road trip. Just like that, the air goes out of the balloon and the desire to fast-forward becomes almost overpowering. (And, considering that this is a Netflix release, a legitimate possibility for many would-be viewers.) Be advised, however, that the idiotic ending doesn’t redeem the uneven middle portion.

When the movie begins, we meet the Seattle-based happy couple Will (Theo James) and Sam (Kat Graham). She’s about to have his baby and he wants to marry her but first he has to do the old-fashioned thing and get the blessing of her ornery father, Tom (Forest Whitaker), and less-ornery mother, Paula (Nicole Ari Parker). So it’s off to Chicago. Following a disastrous dinner at his would-be in-laws’ house, Will is on the phone with Sam when it happens. The line goes dead. The power goes out. Rumors ensue about something really bad happening on the West Coast. So macho men Sam and Tom, like the White Knights of old, mount up on their steeds (actually a Cadillac) and head out to save the damsel in distress. 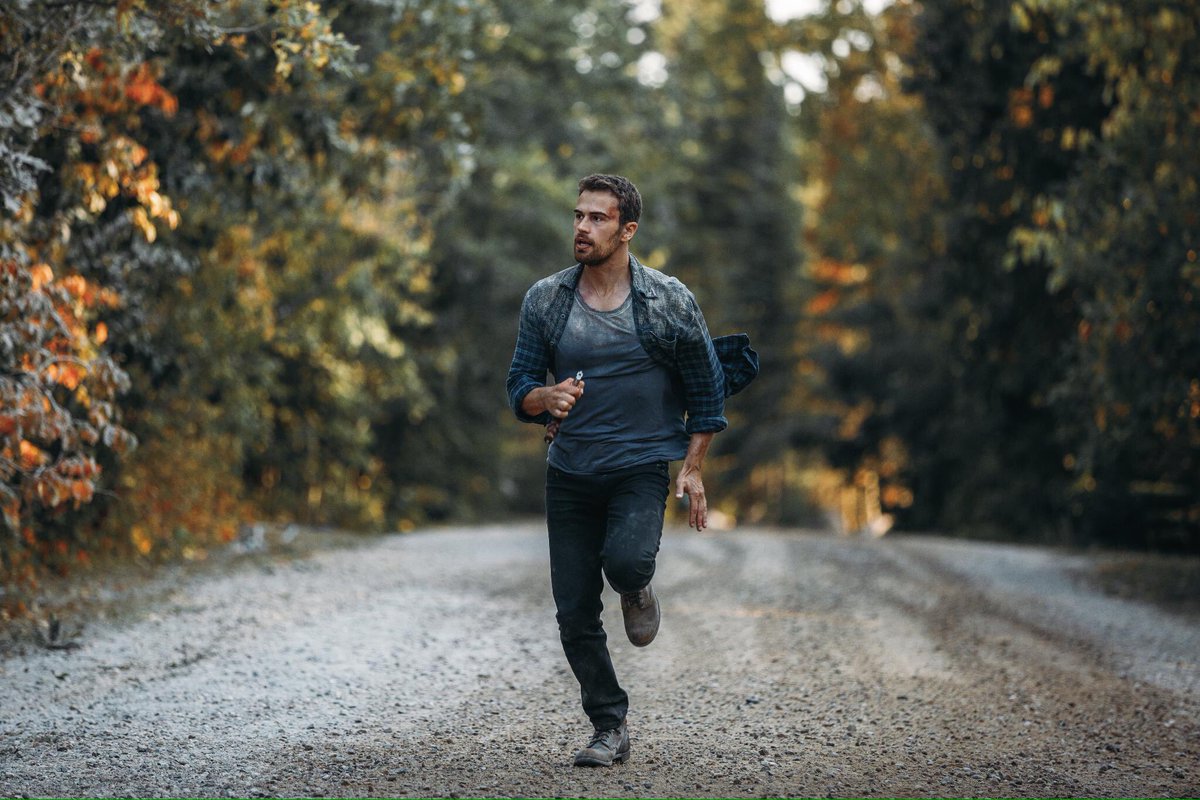 The screenplay is chock full of hard-to-swallow moments of artifice. One example: about a half-hour into the film, the protagonists, Will and Tom, recruit a mechanic, Ricki (Grace Dove), to join them. To do this, they use a combination of $2000 and flowery dialogue. I didn’t for a moment believe that would be enough to convince her to join two such “shady as fuck” characters but she does it anyway. This is one of several instances in which the movie expects us to accept something false simply because the narrative progression demands that it be true.

To keep things interesting, the movie throws in various sci-fi/disaster elements along the way to break the tedium among the three people in the car as the travel from Chicago to Seattle. There’s a violent electrical storm. A radio station operating on generator power informs anyone listening of the obvious: there’s no internet and no cell service. Stops along the way (because it wouldn’t be a road trip without intermediate way points) include an old friend of Will’s (Kerry Bishe), an abandoned water park where Ricki unwisely goes swimming, the site of a train derailment, and Will’s dad’s house (which is conveniently empty). Plus there are excuses for action-oriented scenes like car chases and shootouts. In the end, however, the best parts of How It Ends kind-of sort-of feel like a bad rip-off of John Hillcoat’s adaptation of Cormac McCarthy’s The Road. 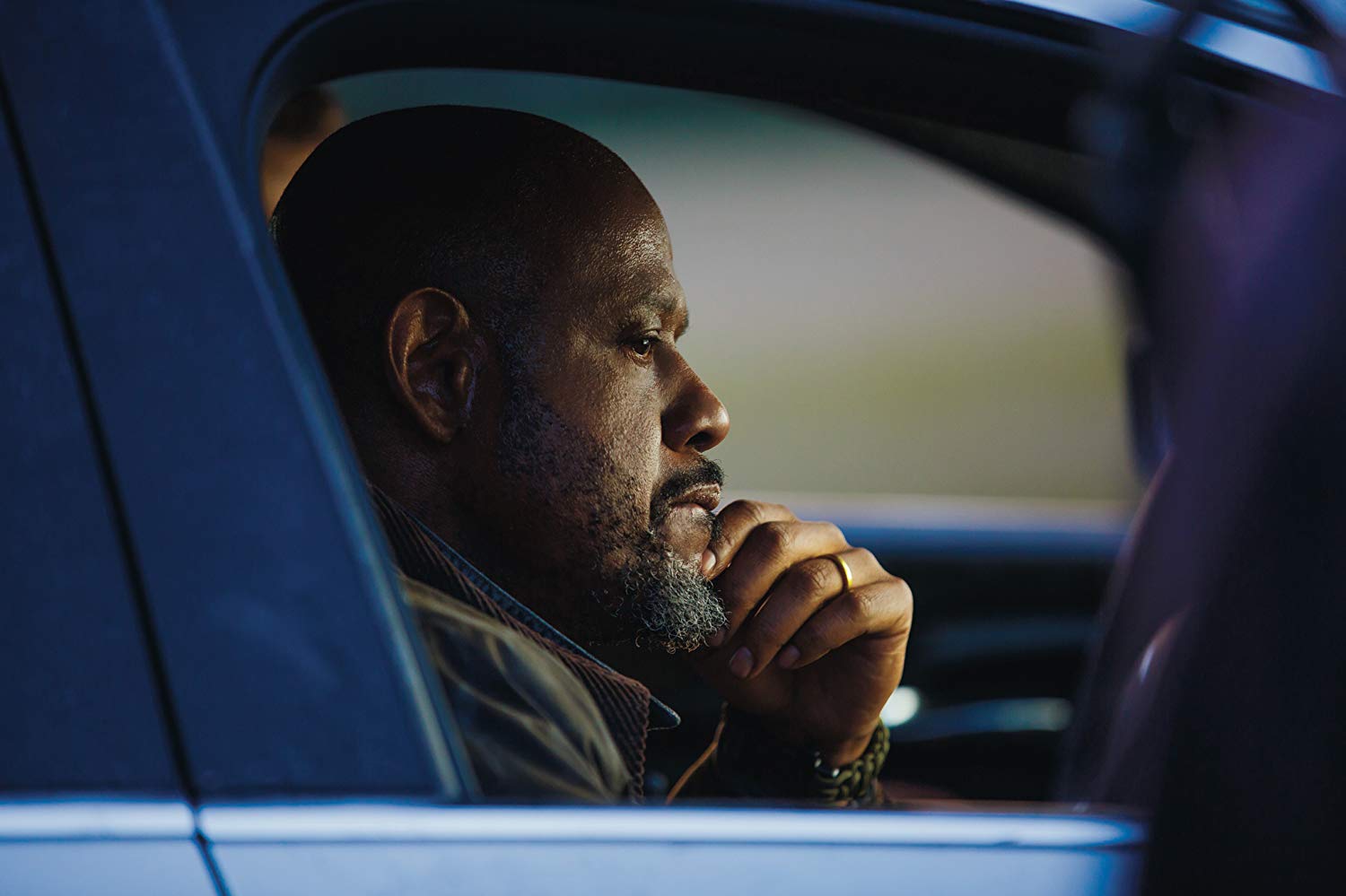 Aware of the necessity of having a familiar name or two in the credits list, especially with mostly-unknown director like Rosenthal (The Perfect Guy) at the helm, the producers hired Forest Whitaker and Theo James (whose participation in the failed Divergent series is a less-than ringing endorsement of his appeal). Both actors took their checks and (to use the old phrase) phoned in their performances. James in particular fails to shake off the look of boredom. The only one with anything resembling a spark is Grace Dove.

The last fifteen minutes feel forced. Nearly everything about them is “off” – from the way the characters interact, the stiffness of the acting, and even the cadence of the dialogue. Perhaps this was a stylistic intent – a way to highlight the portentousness of the scenes, but it doesn’t work. Then, finally, we get to the ending and the less said about that, the better. The open-endedness of the final scene speaks of a screenwriter who, unable to figure out an incisive, satisfying way to conclude things, just gave up and stopped. And that, unfortunately, is how it ends.

The Netflix business model requires that the service acquire and release as many high-profile, quasi-blockbuster films as possible to go along with their better quality, specialty fare. Thus far, however, their splashy, mainstream acquisitions have been less than stellar. Put How It Ends alongside Bright, The Cloverfield Paradox, and Tau at the bottom of the barrel.