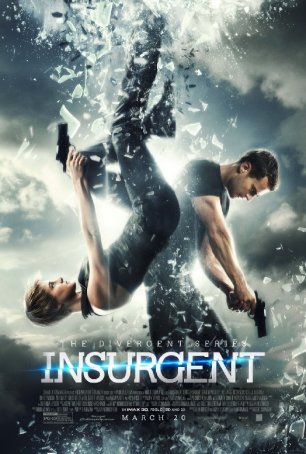 In my review of Divergent, the opening installment of the four-movie series of which Insurgent is the second part, I wrote the following: "As an entry point into a new world, Divergent provides a worthwhile portal. This is the kind of reality and society that, upon closer examination, could become compulsively watchable." Indeed, Divergent seemed like set-up for a big, bold story that I expected to be told (at least in part) in Insurgent. Unfortunately, instead of forming the backbone of the series' narrative trajectory, Insurgent feels like filler. Not a lot happens during the course of the movie's 119-minute running time and much of what does happen is disappointingly generic. Insurgent is far too long for the minimal plot it encapsulates, features little in the way of meaningful character development, and is riddled with instances of poorly conceived, contrived developments. 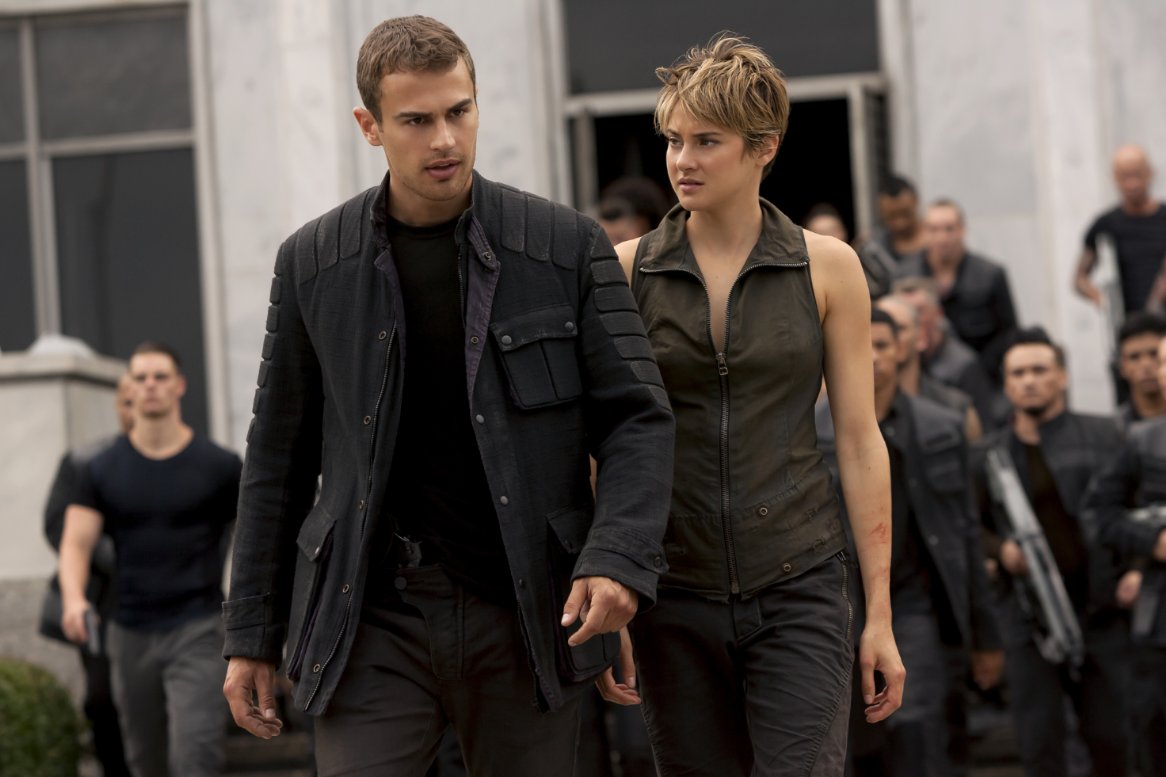 The film's focal point is this world's equivalent of a Chinese puzzle box: an impervious container that can only be opened by a so-called Divergent who is strong in all five disciplines (Erudite, Dauntless, Abnegation, Amity, and Candor) and can prove it by succeeding at various cyber challenges. It's a silly concept and Insurgent's clumsy execution does little to convince us that it's not merely a McGuffin. Former Erudite leader-cum-Evil Dictator Jeanine (Kate Winslet) is in possession of the box and believes its secrets will validate her strong-arm tactics. So she locates and captures Tris (Shailene Woodley), the only Divergent with a "100% Divergence" rating. This leads to series of drawn-out virtual reality games in which Tris plays second fiddle to special effects. These sequences resemble levels in a video game and are devoid of any sort of suspense or tension (dramatic or otherwise). They pad the length and bore the viewer.

There's other stuff going on, as well. The fugitives who fled the city at the end of Divergent are searching for a way to return to overthrow Jeanine. To that end, Four (Theo James) is forced into an uneasy alliance with his previously-thought-to-be-dead mother, Evelyn (Naomi Watts). The love story between Tris and Four is thrown onto the back burner, although the two canoodle a little before engaging in PG-13 sex. Whatever chemistry may have existed between lead actress Shailene Woodley and hunky Theo James has vanished between films. They're about as connected as the miscast leads in 50 Shades of Grey. Tris must also deal with betrayal - her brother, Caleb (Ansel Elgort), and the duplicitous Peter (Miles Teller), align with Jeanine. (Both actors, incidentally, have played Woodley's lovers in previous films - Teller in The Spectacular Now and Elgort in The Fault in Our Stars.)

One of many disappointments in Insurgent is the way the screenplay treats Tris. Although some may feel it unfair to compare Woodley's character to Jennifer Lawrence's Katniss in The Hunger Games series, it's fitting because the two have much in common. However, whereas Katniss evolved to command the screen in the second chapter of her saga, Tris regresses. At times, she feels like a secondary character in Insurgent and there's little evidence of growth or forward momentum. Woodley is a fine actress and the character remains sympathetic but Tris fails to leave an indelible mark. Many of the other cast members, including Kate Winslet and Naomi Watts, are on hand for reasons other than satisfying a creative urge, leaving it to Miles Teller to steal scenes with his smirking, morally ambiguous performance.

The movie's post-apocalyptic depiction of Chicago looks fine although it can be difficult to tell through the haze of poor post-conversion 3D. Director Robert Schwentke's vision has been compromised. Those who see this in IMAX 3D will be more distracted. The IMAX 3D introduction ("10…9…8…etc.") is one of the best uses of 3D to-date in a movie theater and to follow it with the lame, blurry film that follows shows how horrifically bad the Insurgent conversion is. Unwatchable comes to mind, and that's not an exaggeration. If you choose to see this movie, don't do it in any non-2D format. 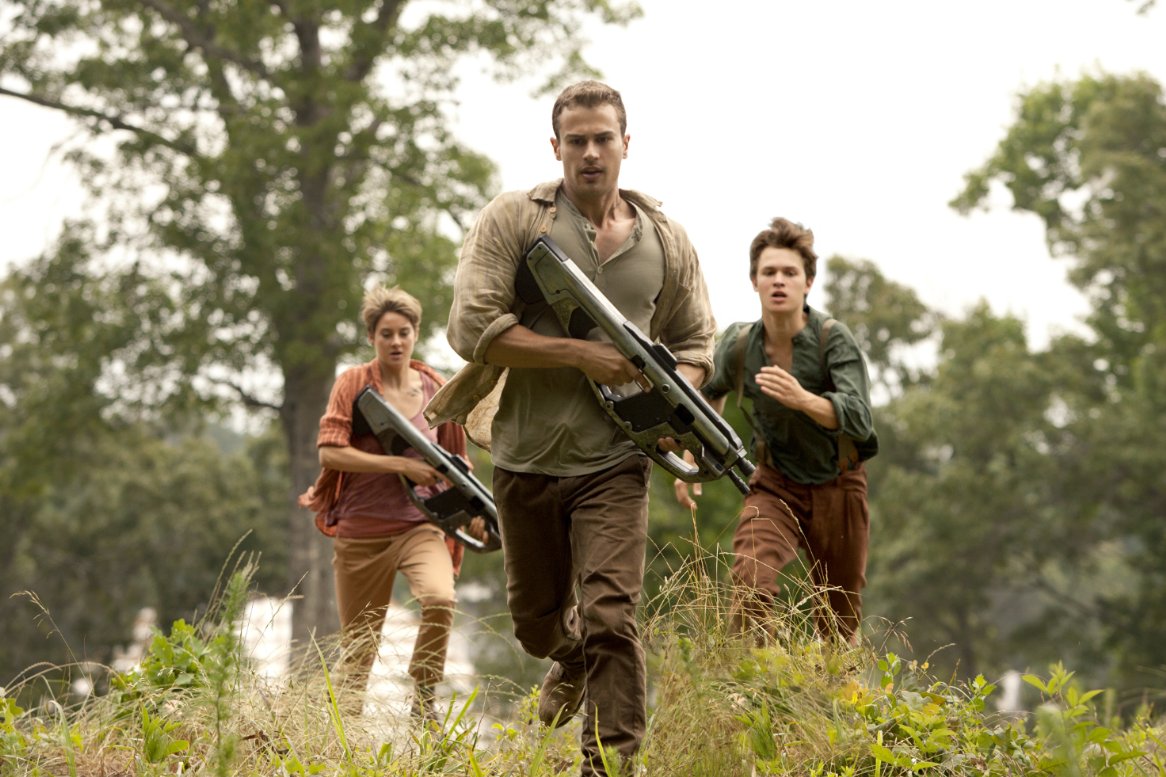 On a positive note, the film has a refreshingly straightforward attitude toward killing and violence. When it comes to executing their enemies, these characters don't hesitate. There are a couple of unexpected deaths in Insurgent and, when they come, they occur with unusual haste. No waiting around for the climax of the third or fourth film. Then again, to balance the scales, there's a "fake death" that could be seen as either an "homage" to or a "steal" from Star Trek's "Amok Time" (depending on how charitably you're disposed toward the makers of Insurgent).

Insurgent is more clumsy than bad, but it disappoints because it wastes the world-building of Divergent, which set the stage for something more momentous than what the sequel delivers. In the tradition of other Young Adult series, the final book of this trilogy, Allegiant, has been broken into two films; it remains to be seen whether those chapters can fulfill the promise of the first installment or, like this one, will exist for little purpose beyond separating devoted fans from their hard-earned dollars.