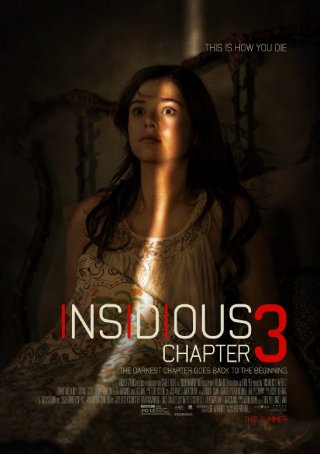 They say the third time's the charm.  Not with the Insidious series, it isn't.  Admittedly, installment #3 is an improvement over #2, but it fails to reach the highs of the chilling-but-uneven original. Instead of using the stinger at the end of Chapter 2 as the jumping-off point for Chapter 3, writer/director/actor Leigh Whannell (making his directorial debut) elects to go back in time and provide this prequel/origin story. So we're given the opportunity to see the events that led spiritualist Elise Rainier (Lin Shaye) to join forces with Tucker (Angus Sampson) and Specs (Leigh Whannell). I'm not sure anyone other than die-hard Insidious fans were awaiting that tale. 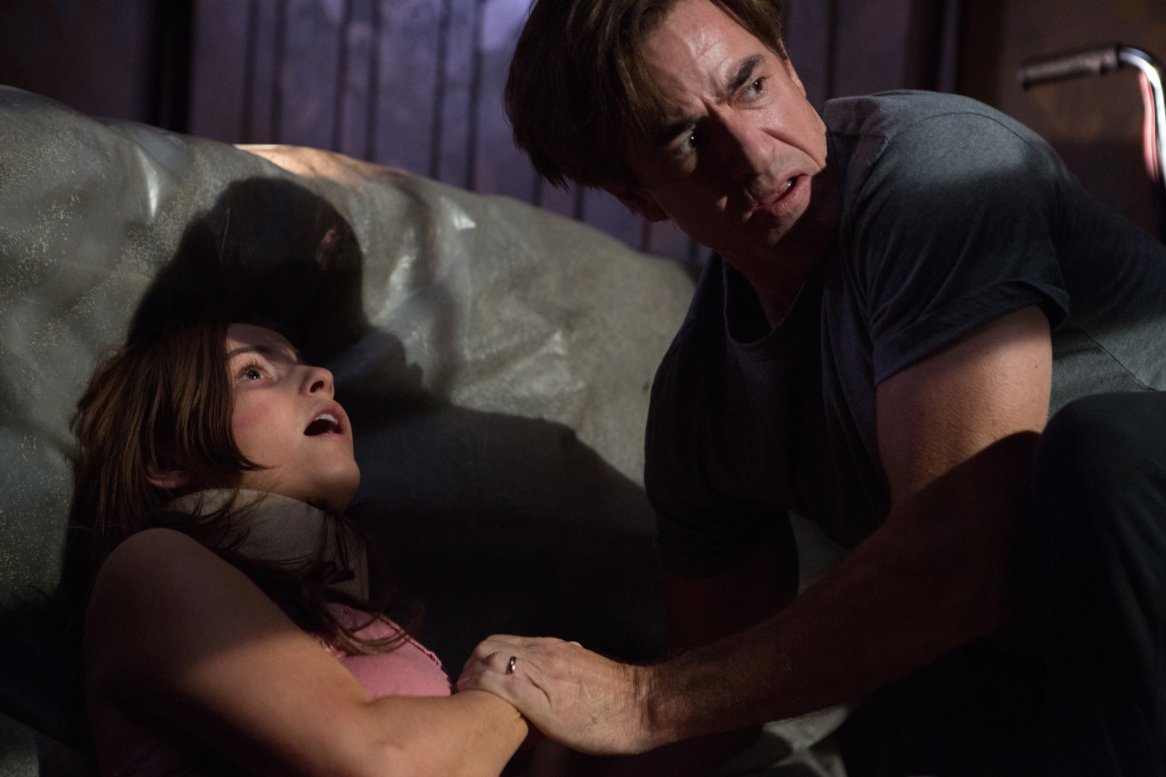 Insidious: Chapter 3 follows the pattern of the first film: a strong beginning, a solid middle act, and a disappointing ending.  This time around, the peaks aren't as tall and the troughs are deeper. The film does a respectable job establishing characters and circumstances. The "boo!" moments are obvious but effective nonetheless. (That's the fun of a well-constructed "boo!" moment - you know it's coming but it still gets you.) Unfortunately, the ending feels distressingly like a regurgitation of Poltergeist and involves physicality that comes perilously close to unintentional comedy.  That's right: Lin Shaye, action star!  (Incongruous thought that came to me while watching: wouldn't it be fun to watch her team up with Bruce Campbell?)

The movie stands well enough on its own that it's not necessary to have seen the earlier two films. This is a Haunting 101 motion picture where the efficacy is enhanced by adding a Rear Window element to the proceedings.  That aspect isn't used as successfully as it might have been but it makes the protagonist non-ambulatory, which ramps up the tension when a demon comes stalking. She can't just run away or climb out a window. 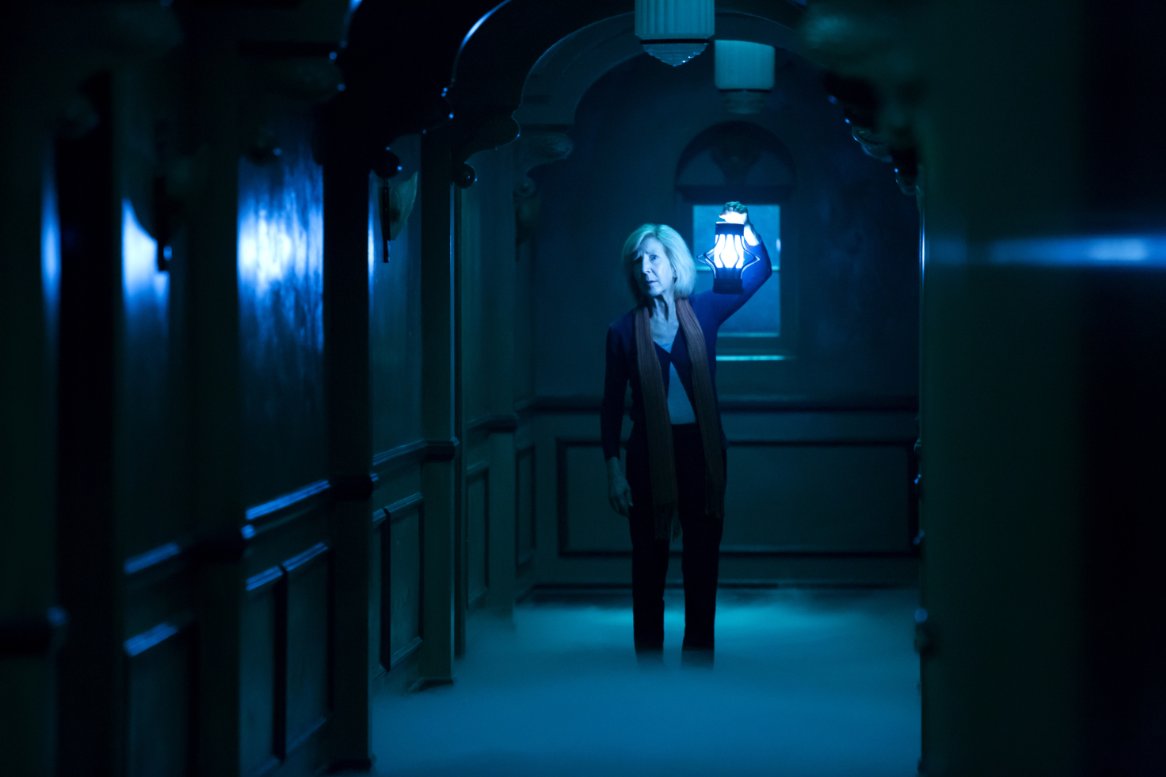 Quinn (Stefanie Scott) is a bright, lively high school senior whose life's dream is to attend a prestigious acting institute after graduation. Shortly after what she believes to be a failed audition, she's involved in a serious car accident that almost takes her life.  She survives but both legs are in casts. After three weeks in the hospital, she's allowed to go home with her dad, Sean (Dermot Mulroney). Her near-death experience, however, has opened her up to a supernatural world and she is being stalked by a creature of immense power and malice. When Sean realizes what Quinn is up against, he calls in the cavalry: first Elise then the team of Tucker and Specs.  Once they join forces, they come up with an action plan that will either save Quinn or trap her forever in the shadowy realm known as "The Further."

The demon du jour is creepy when we only catch glimpses of it, although the name - "The Man Who Can't Breathe" - doesn't inspire fear. But, as we all know, the more you see a boogeyman, the less scary he is. So when we're exposed to more than quick strobe-like images of The Man Who Can't Breathe and learn his backstory, he becomes more pathetic than terrifying. 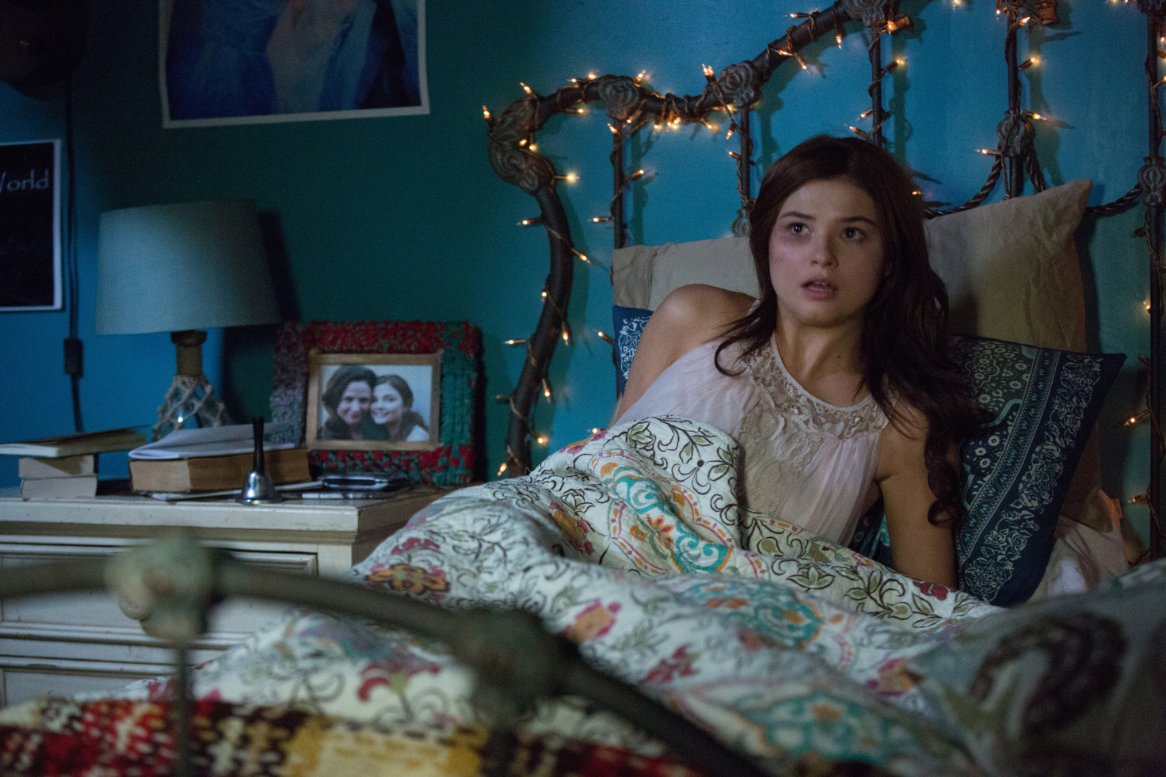 TV actress Stefanie Scott makes Quinn a likeable, appealing protagonist. That's critical; if we didn’t care about the character, the film would have no impact. Admittedly, Scott is stuck in bed for about half the film (when she isn't in a wheelchair or being tossed around like a doll), but she's good at looking terrified. Dermot Mulroney provides Insidious: Chapter 3 with its limited "star" power. Lin Shaye seems to be enjoying transforming a minor character from the first film into a franchise centerpiece and the duo of Angus Sampson and Leigh Whannell provide comic relief.

For disposable horror, Insidious: Chapter 3 is adequate. If the purpose of PG-13 scariness is to get the viewer to jump a few times, the movie achieves the goal. Beyond that, however, Whannell's third installment is awash in generic ideas and familiar tropes. The movie is also very dark (visually, not tonally). I understand that dim lighting can be an effective tool to enhance a certain atmosphere but the lack of adequate illumination becomes tiresome. Seemingly every scene - even when in full daylight - is suffused with gloom and I was experiencing eye strain by the end.

Insidious: Chapter 3 is for those desperately in need of a PG-13 horror fix. It's a better option than the recently released Poltergeist, but not so much better that you'd notice.