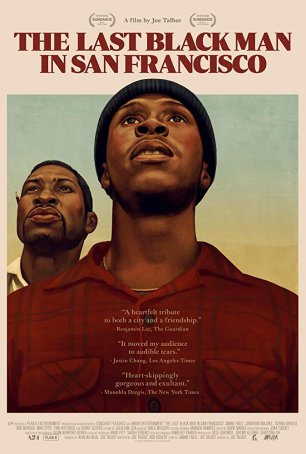 When I was an adult living in the town where I grew up, I frequently drove by the house where I once lived, compelled as much by nostalgia as by the fantasy that I might one day buy it. When it comes to places, few exert quite the same hold as the one(s) where we dwelt as a child and everything about it becomes outsized in the fertile ground of memory. The filmmakers behind The Last Black Man in San Francisco understand this and, although there’s a message in the film about gentrification, the movie is at least as much about the connection one forms with the brick-and-mortar refugee of childhood. It’s a rom-com where one of the participants is the self-described “last black man” and the other is a house.

That house is as much a character as either of the film’s human principals, Jimmie Fails (playing a fictionalized version of himself) and Montgomery Allen (Jonathan Majors). It’s a gorgeous two-story mansion that family legend says was built by Jimmie’s grandfather, the so-called “first black man in San Francisco,” circa 1946. (A tour guide disputes this in what becomes a plot point.) The film’s buddy aspect between Jimmie and Mont plays out across San Francisco but particularly in and around the house. 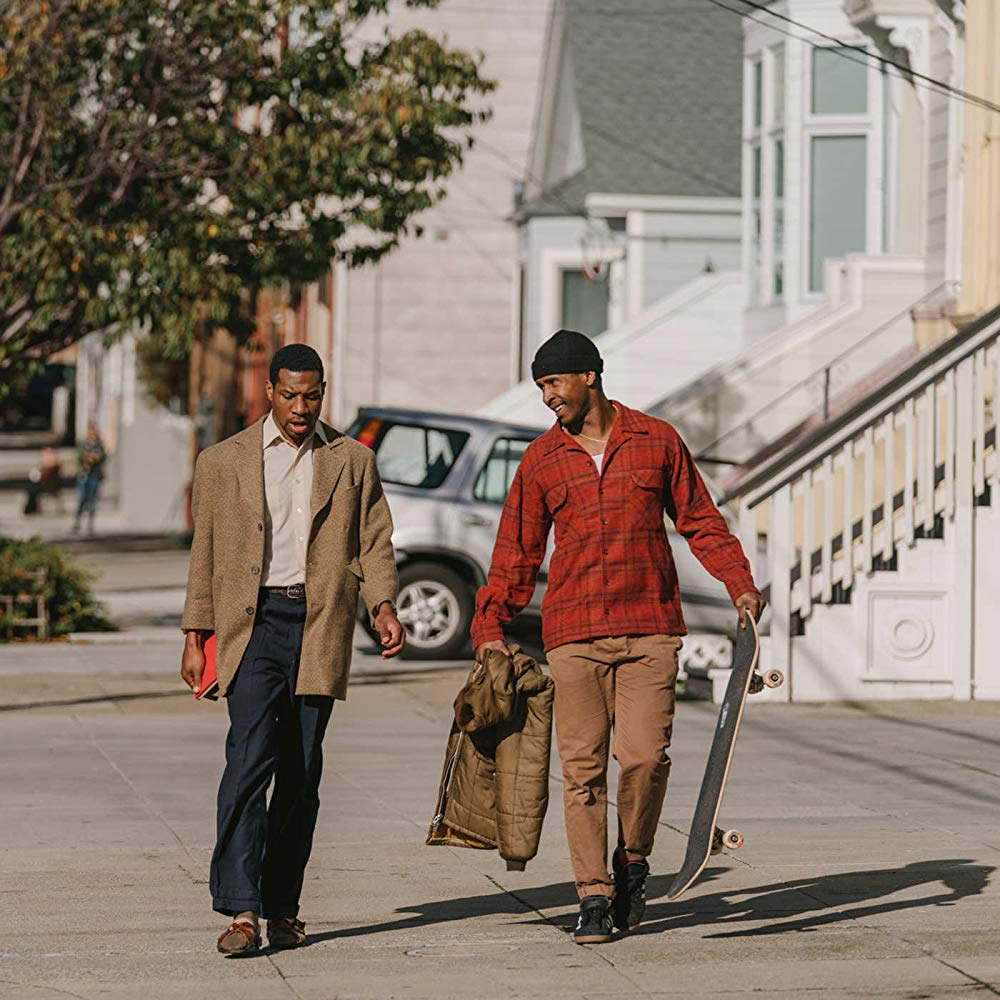 The Fillmore District, a haven for Japanese transplants prior to World War II, was considered “San Francisco’s Harlem” during the second half of the 20th century. Now home to wealthy white families, its character has yet again undergone a radical change. However, even though the neighbors may no longer be the same, the home where Jimmie once lived houses countless memories. And, although he would never be able to afford its estimated $4M price tag on his minimum wage salary, that doesn’t stop him from dreaming…and taking advantage of an opportunity.

Jimmie’s father, James Sr. (Rob Morgan), lost the house a number of years ago, but that hasn’t dimmed Jimmie’s love for his once-home. Although an elderly white couple has owned the house for over a decade, Jimmie returns regularly with his best friend in tow to do upkeep – paint the trim, weed the flower beds, etc. The current owners are perplexed by these activities and unsure whether the best path forward is to thank Jimmie or call the cops. One day, a death in the family (leading to an estate dispute) leaves the house vacant and Jimmie decides to move in. He isn’t content merely to squat – he obtains as much of the old furniture and paraphernalia as he can find and does his best to recreate the house as it was during his childhood. 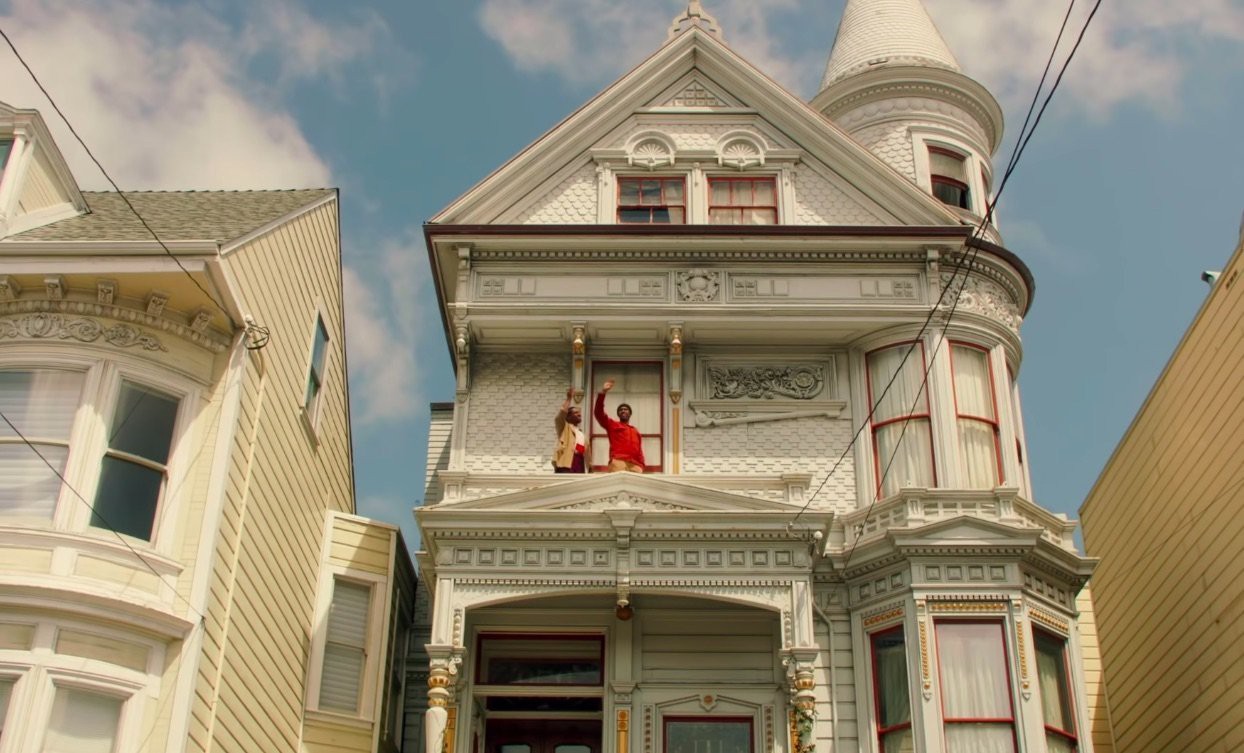 Director Joe Talbot (who is white and a native San Franciscan), making his feature debut, infuses The Last Black Man in San Francisco with a sense of absurdist humor. Although there are serious messages, Talbot brings a rapier-sharp wit to the proceedings. The movie opens with a scene in which a young black girl is skipping along through an area where (white) men are dressed in hazmat suits. On another occasion, Jimmie commiserates with a nudist at a bus stop.

The film isn’t without its flaws. Talbot’s use of a “Greek chorus” feels forced and isn’t always successful in its goals. The climax, which gathers nearly every secondary character in a single room, is guilty of spelling out too literally every theme and message presented in the previous 90+ minutes. It’s as if Talbot either didn’t trust his audience to understand what he was saying or didn’t trust himself that he had presented things clearly enough. 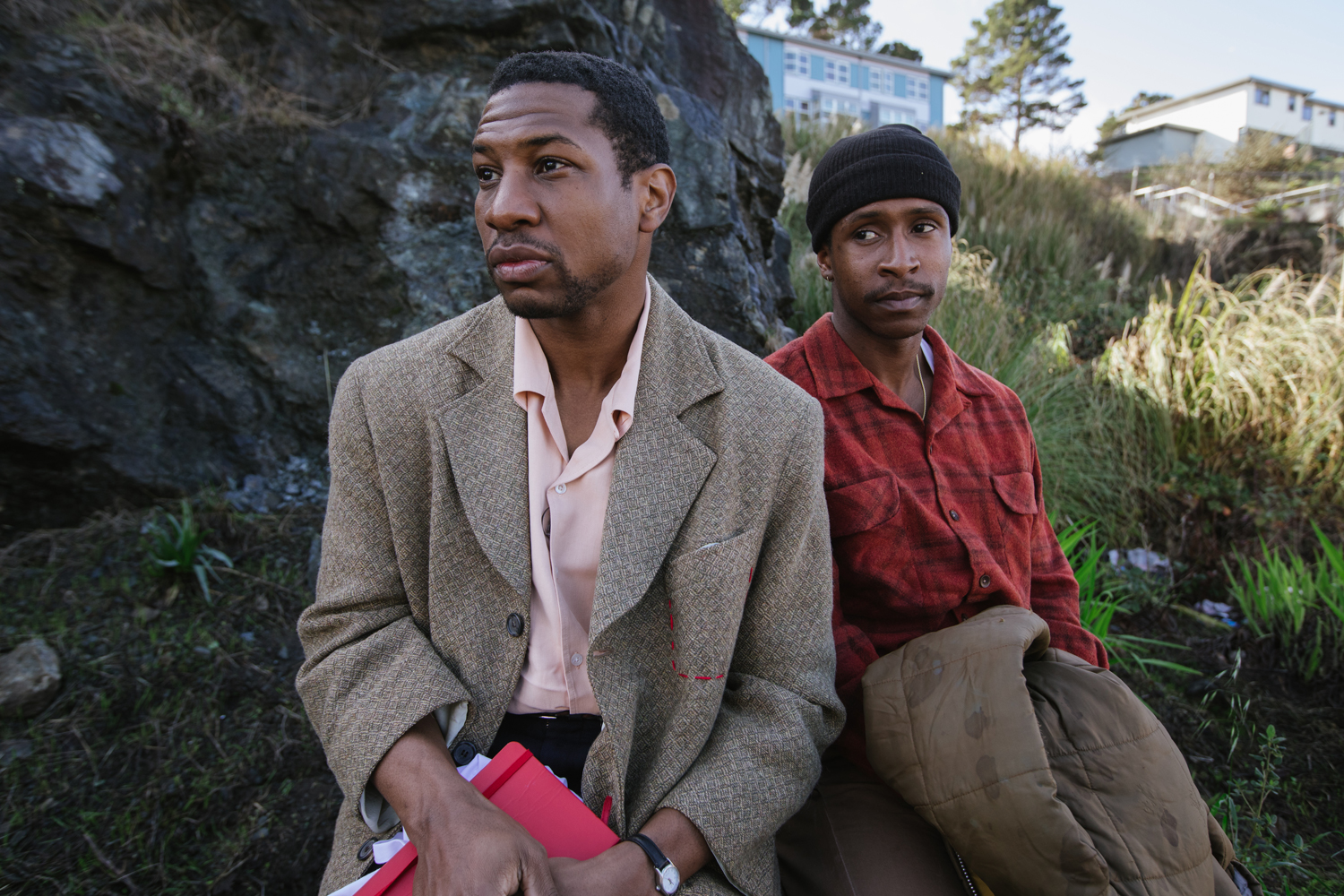 The Last Black Man in San Francisco is about gentrification but it doesn’t approach the subject head-on with a full head of steam. Instead, it opts for a less confrontational, more universal tactic. Talbot and Fails find common ground with the audience – childhood nostalgia – and use that as the foundation. The tragedy emerges when Jimmie’s naïve attempts to turn back the clock collide with the realities of a high-priced real estate market. The realtor may be sympathetic but only to a point and Jimmie has to learn the hard lesson that you can’t go home again. The building may still exist but everything else has changed. The movie ends with a metaphor about how Jimmie, whose identity was inextricably linked with the house, must venture into the great unknown and rediscover himself.

Although The Last Black Man in San Francisco isn’t fully true, it’s based on a story by Fails and Talbot that draws from the former’s life experiences. The film, a labor of love for those involved (including Danny Glover, the highest-profile member of the cast, who plays Montgomery’s blind grandfather), was a huge success at the 2019 Sundance Film Festival, where it won the Directing Award for Talbot and a Special Jury Award. Even though Talbot opts for a quasi-humorous approach to the subject matter, the comedic edge can’t hide an underlying sadness about what this all means.