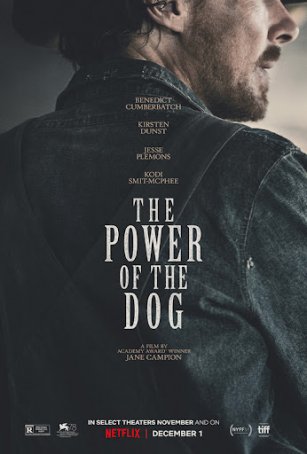 Powerful and bruising at its best, The Power of the Dog excels at character development – something that has always been in director Jane Campion’s wheelhouse. The pacing, however, is uneven. The movie is slow to start and ends on a note that isn’t fully satisfying. Nevertheless, the full narrative arc builds to an inevitable conclusion as it echoes the time-honored tradition of having a protagonist undone by a tragic flaw.

The film is set in 1925 Montana. Although about a half-century later than the time period normally reserved for a Western, many of the tropes and motifs are present. This feels more like the late 19th century than the roaring ‘20s – a rural town that time has forgotten. Campion filmed the movie in New Zealand which results in a bit of a disconnect. The glorious hilly backdrops don’t look like Montana (because they’re not) but they’re impressive nonetheless. Campion uses the scenic vistas with all the masterfulness of Terrence Malick, albeit without the tendency to linger too long.

The Power of the Dog spends about its first half-hour painstakingly introducing the four characters who will end up at the story’s center. Front-and-center is rancher Phil Burbank (Benedict Cumberbatch), a  macho rancher who wears his homophobia like a badge and belittles anyone who can’t do all the “manly” things he can. It doesn’t take a detective to intuit that maybe the rabid anti-gay sentiment is hiding something – a possibility that becomes real when we observe what Phil does when he’s on his own in the wilderness. Phil’s homoerotic fantasies have been fueled by his relationship with former mentor Bronco Henry. Henry has been dead for about 20 years but Phil has kept his handkerchief (for masturbatory purposes) and his stash of male pinup magazines. 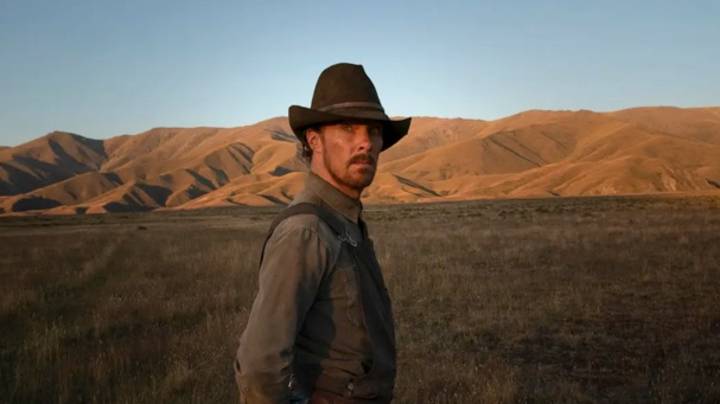 Phil has a brother, George (Jesse Plemons), who is uptight and conventional. Middle-aged and a little pudgy (Phil frequently refers to him as “fatso,” and it’s not meant as a term of endearment), George becomes increasingly aware that he’s in need of a wife. For that position, he chooses the widow Rose Gordon (Kirsten Dunst), who comes with considerable baggage. That includes an effeminate college-age son, Peter (Kodi Smit-McPhee), an oddball who spends long hours in his room dissecting animals to improve his knowledge of biology. Unsurprisingly, Phil is less-than-enamored with this union. He believes Rose is a gold-digger and Peter’s ambiguous sexuality hits too close to home. He engages in psychological warfare with the newcomers until he does an unexpected about-face and tries to form a bond with Peter. By that time, George has largely faded from the picture (an odd storytelling decision) and Rose has become an alcoholic.

Like Campion's best-known movie, The Piano, The Power of the Dog is a slow-burner. It neither spoon-feeds its plot elements and motivations nor rushes story development. This can be frustrating at times but it ultimately pays dividends, although the ending feels a little too muted and understated. As for the message – homophobia is bad – it’s not exactly as challenging as it might have been when Thomas Savage wrote the source novel in 1967. In that era, having someone like Phil struggle with his sexuality would have been eye-opening. In 2021, that’s not so much the case. 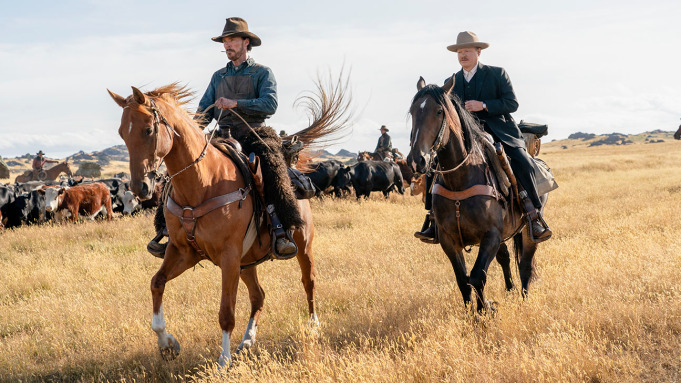 When it comes to performances, the most energy comes from Benedict Cumberbatch who seemingly enjoys the opportunity to emote so forcefully. Cumberbatch is riveting without quite going over-the-top. Kirsten Dunst brings a great deal of heart to her role but tends to fall under Cumberbatch’s shadow when the two share the screen. There’s no evidence of any chemistry between her and her real-life partner, Jesse Plemons, but that’s most likely by design. The characters are married but there’s no heat between them. Kodi Smit-McPhee, previously best known as Nightcrawler from the X-Men movies, gives off a creepy “serial killer in training” vibe.

The Power of the Dog’s strongest scenes occur when Phil engages in psychological battles with Rose and Peter. He is relentless in his attacks, at one point tormenting Rose so vigorously that she is unable to play the piano at a dinner party (thereby embarrassing not only herself but George). These are the sequences in which Cumberbatch shines the brightest – he’s a real bastard and relishes playing that aspect to the hilt. The “softened” Phil who appears during the final act isn’t as compelling (especially since the change in his approach to Peter – from antagonistic bully to would-be friend – is poorly motivated).

Overall, The Power of the Dog probably isn’t as powerful or wrenching as Campion intended for it to be but it remains an unsettling piece of cinema. It’s also a reminder that the Western is a broad enough genre to encompass much more than just “Cowboys and Indians.”