There’s something distinctly off-putting about Johnny Depp’s dying-from-cancer movie, The Professor (original title: Richard Says Goodbye). It has to do with the idea that someone, once given a death sentence resulting from metastatic lung cancer, can find the time and energy to knock a few items off his bucket list while offering over-long, heartfelt speeches about the fragility of existence. The movie frequently makes no sense from a purely human perspective – that someone in this condition would avoid telling his family about his illness, for example – and it becomes increasingly annoying as the story rolls on. As for Depp’s performance… it starts out reasonable but, by the end, various “Depp-isms” have completely overtaken the character, causing Richard Brown to disappear into the actor’s shadow. What is supposed to represent a man’s carpe diem plunge turns into a monument to narcissism. To work, The Professor demands that the viewer believe in Richard and, from about the 15-minute point, I didn’t.

Tenured college professor Richard has just received a damning diagnosis: Stage Four, inoperable lung cancer. With treatment, he might live for 12-18 months. Without treatment, he has maybe half-a-year. He opts for the latter approach then punctuates the next few scenes by saying “fuck” before stumbling into a pond and frolicking with a goose. At dinner, when he plans to tell his family, his announcement is twice pre-empted. His daughter, Olivia (Odessa Young), comes out as a lesbian. His wife, Veronica (Rosemarie DeWitt), confesses that she’s having an affair with Richard’s boss, college dean Harry (Ron Livingstone). The meal ends without Richard revealing his condition. Shortly thereafter, he tells his best friend, Peter (Danny Huston), but swears him to secrecy. 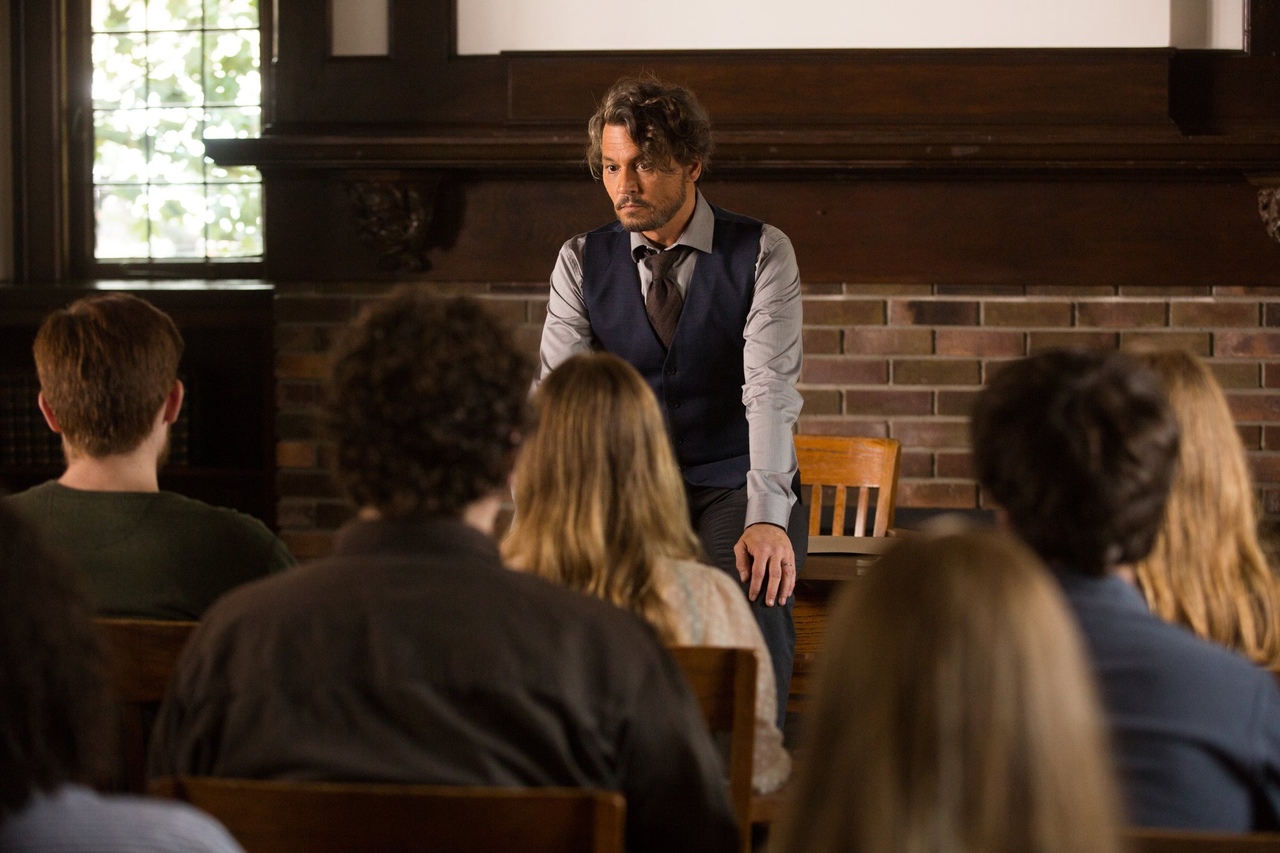 Freed from the boundaries of conventionality, Richard opts for an experimental approach to teaching his English class. After more than half the students leave, opting to take an automatic “C” he offers, the rest buy into his unorthodox exploration of literature (with a hint of sexism thrown in for good measure), which also includes going out for beers, smoking pot, and holding class outdoors. One student introduces him to gay sex (in a cringe-worthy scene that’s played for uneasy laughs) and another, Harry’s daughter Claire (Zoey Deutch), offers a shoulder to cry on, if he needs it. (He collapses instead.) As Richard’s cancer advances, it becomes difficult for him to hide it but he nevertheless manages to refrain from telling Veronica or Olivia until the screenplay provides him with Big, Tearful, Melodramatic Moments ™.

My sense is that writer/director Wayne Roberts wants us to (perhaps reluctantly) identify with Richard. Roberts sees The Professor as having an arc that teaches the title character lessons about the fragility of life and the importance of love. Unfortunately, even at his most vulnerable and self-aware, he’s still insufferable. That’s a fatal flaw for both the character and the movie. Instead of Richard’s self-deprecating wit being a humanizing characteristic, it comes across as snarky and distancing. Bits of “zany” humor are either tired (the supposedly non-English speaking gardener who shows fluency as a punchline) or misplaced (Richard’s parting words at a cancer support group). 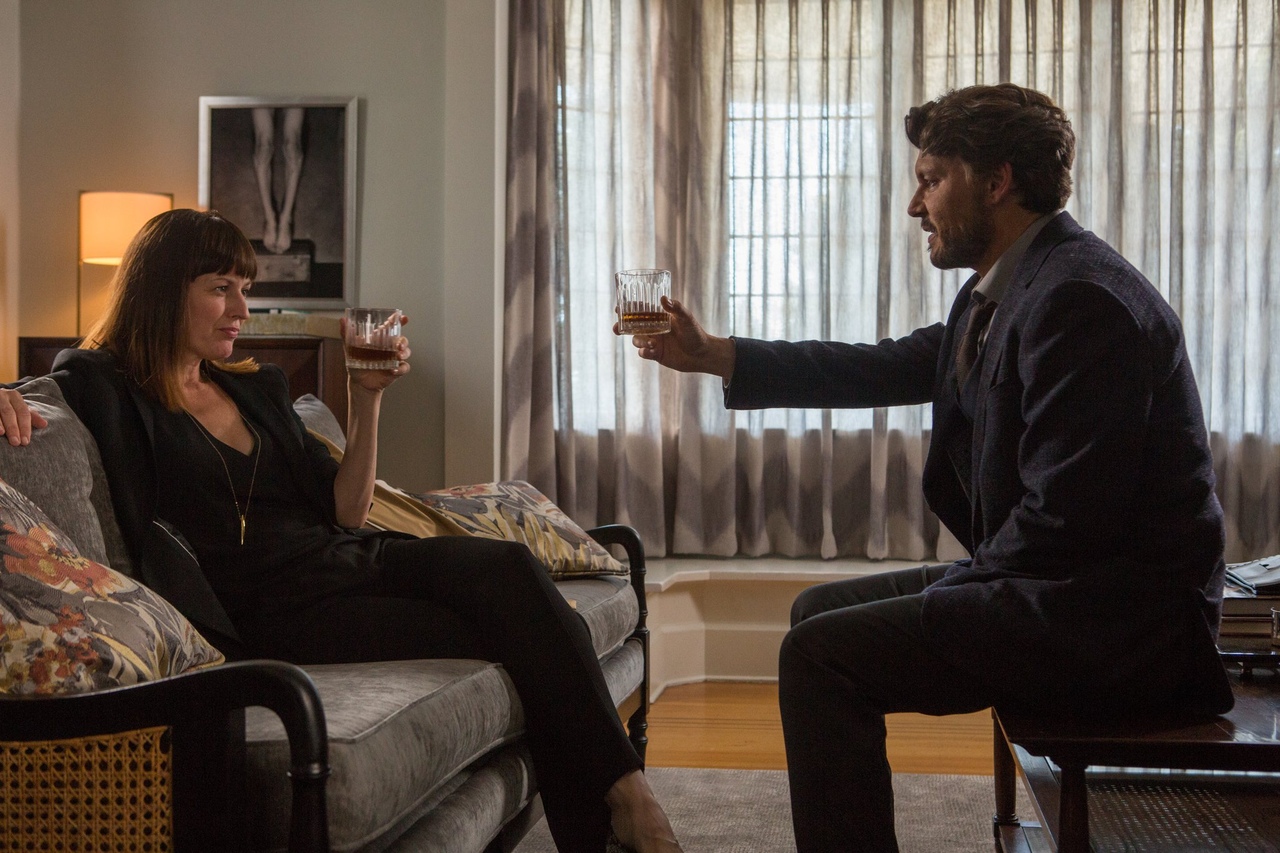 I suppose it may have been considered a coup for a small film like this to make a big catch like Johnny Depp. However, after starting the film in-character, Depp evolves to the point where he seems to be playing himself, or at least a version of the stoned, off-kilter personality he often adopts in movies. It’s Cap’n Jack without the eyeliner and costume, perhaps crossed with another Captain (my Captain), John Keating (Robin Williams in Dead Poets Society). Danny Huston, who at times sounds eerily like his late father, makes Pete far more sympathetic than his dying buddy. Zoey Deutch, like Rosemarie Dewitt, is tragically underused.

The Professor rarely feels real. Instead, it’s more like a fable or fairy tale depicting Mr. Depp’s Wild Ride. Cancer is a vicious, debilitating disease that afflicts a growing segment of an aging population and it’s hard to imagine that The Professor is going to be well-received by those with any form of the disease or who are watching their loved ones experience it. Presumably, Roberts wants to say something profound with The Professor but the message is muddled and the means by which it is presented are confused.