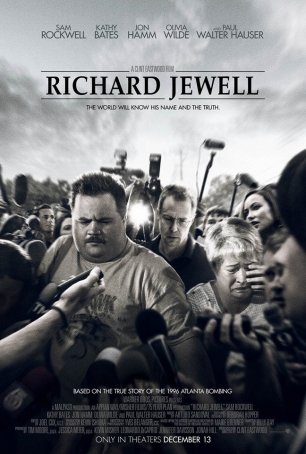 Late in his career, as he has transitioned from the dual role of “actor/director” to primarily remaining behind the camera, Clint Eastwood has become increasingly fascinated with real-life subjects. He has also long been interested in dissecting the concept of heroism, whether in the fictional Western deconstruction Unforgiven or the reality-based American Sniper and Sully. With Richard Jewell, he returns to these themes, examining how the titular character (played by Paul Walter Houser) experienced the roller coaster ride of transformation from wearing the media’s halo to being its designated villain.

For this material, Eastwood and screenwriter Billy Ray have turned back the hands of time to the 1986 Olympics bombing in Atlanta. For those who remember the news coverage, a seemingly ordinary security guard named Richard Jewell became the center of media attention, first for saving lives then for fitting an FBI profiler’s description of the likely assailant. Although Jewell was never formally charged, he was harassed by law enforcement (represented in the film by Jon Hamm as composite character Agent Tom Shaw) and demonized in the news media after journalist Kathy Scruggs (Olivia Wilde) obtained insider information about the FBI’s suspect list. His low-profile lawyer, Watson Bryant (Sam Rockwell), doggedly pursued his exoneration even though the only court in which he appeared was the one of Public Opinion. 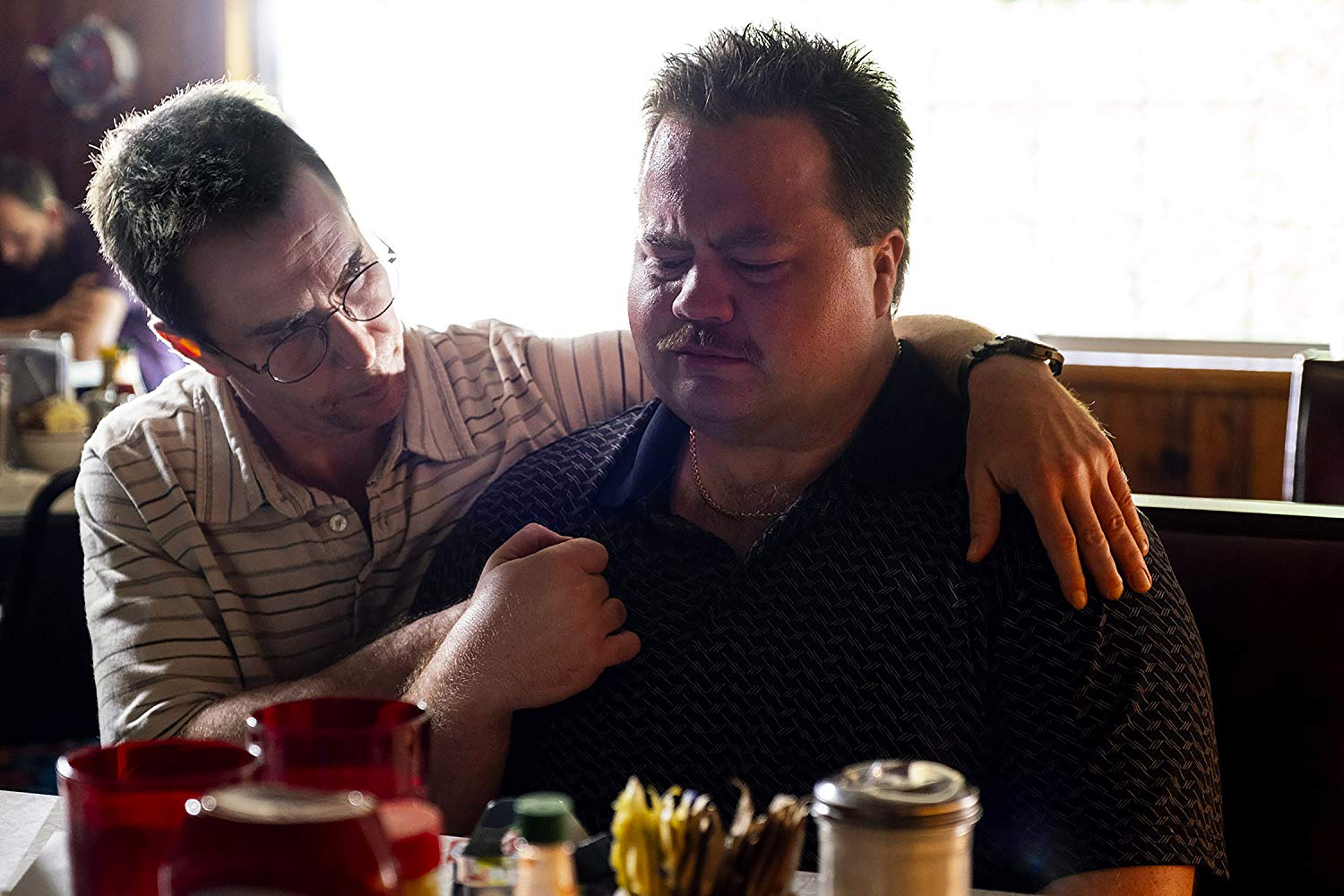 Richard Jewell takes the unusual cinematic position of casting both the media and law enforcement as antagonists. Eastwood illustrates the power wielded by both agencies. Movies like Spotlight and The Post have shown the importance of investigative journalism in uncovering corruption; Richard Jewell shows the other side of the coin – how an unproven smear, once printed in a newspaper, can ruin a person’s life. The film also shows that overzealous government agency investigations, when given too much autonomy, can be persuaded more by personal biases than facts. Richard Jewell is about the fight of an underdog against these twin powers; it’s one of movie-dom’s favorite gladiatorial spectacles: David vs. Goliath.

Some will undoubtedly see the movie as political. After all, we live in an era when All the President’s Men disparage the “mainstream media” as disseminating “fake news.” However, to deny the media’s power to harm and present it exclusively as a force for good is to ignore reality. Although Richard Jewell takes significant liberties with the historical record, the film’s core is accurate: this seemingly ordinary man (although admittedly overzealous and not terribly bright) was excoriated based on unproven allegations that should never have been published. (Additionally, two of the movie’s producers, Leonardo DiCaprio and Jonah Hill, are unlikely to be attached to a “conservative hatchet job.”) 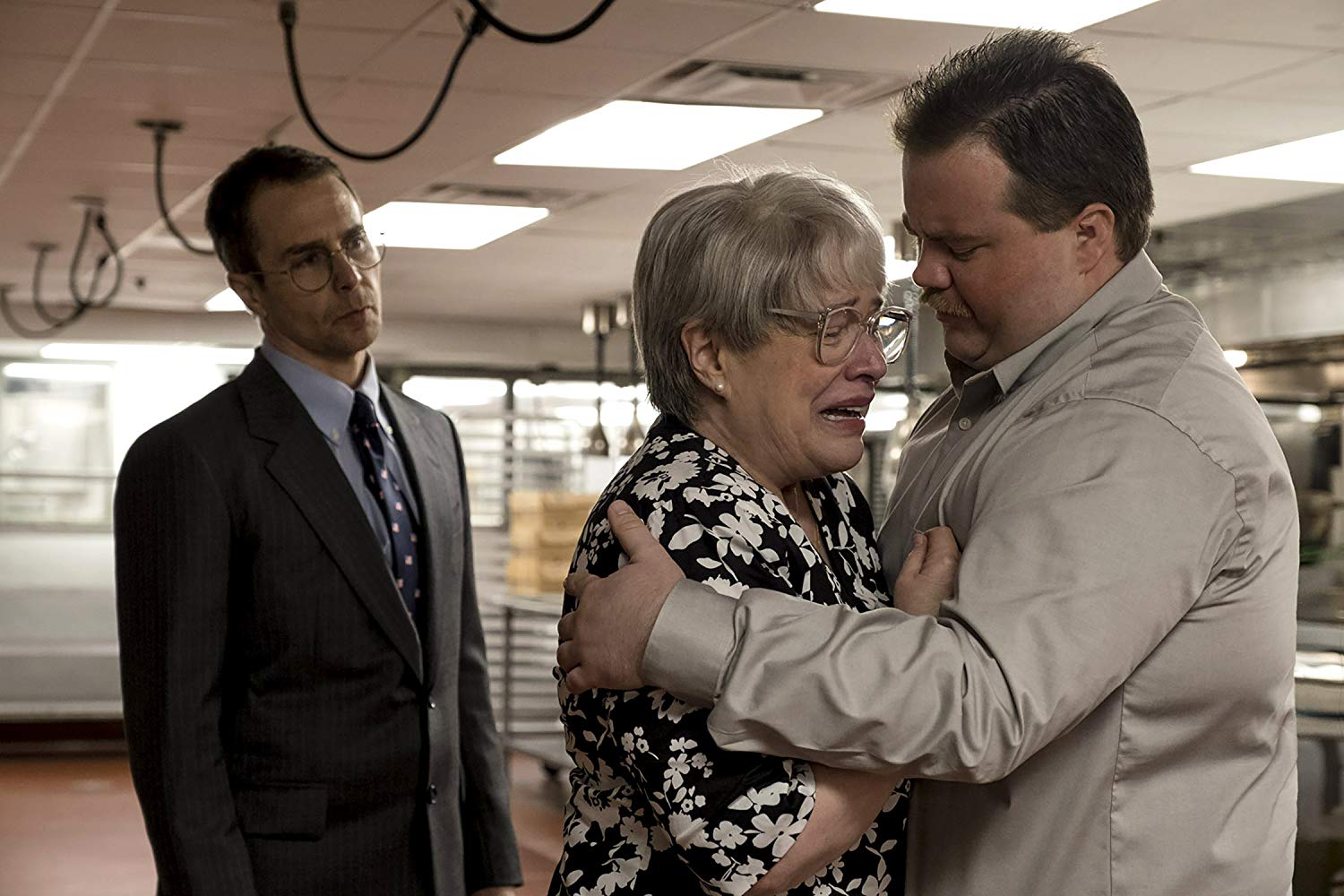 There’s a problem with the character of Kathy Scruggs, however, and it goes beyond the screenplay’s unflattering and apparently inaccurate portrayal of the Atlanta Journal-Constitution reporter. As re-invented by Ray’s script, Scruggs is more of a plot device than a human being. She acts in cartoonish ways (propositioning an FBI agent for a lead) and undergoes a half-hearted “transformation” after discovering incontrovertible evidence of Jewell’s innocence. Despite a voracious performance by Olivia Wilde, who engages in a little scenery chewing, Scruggs is never believable and the way Richard Jewell treats her remains its most problematic issue.

Distilled to its essence, Richard Jewell plays pretty much as one might expect from this sort of story. There’s a comedic undercurrent in the film, not only in the way Jewell is portrayed – his social awkwardness results in more than one humorous moment – but in Sam Rockwell’s approach to the exasperated Bryant. The scene in which Jewell “helps” the FBI execute a search warrant (against his attorney’s advice) is laugh-out-loud funny. In fact, because Jewell is prickly and at times unlikable, the heroic mantle shifts to Bryant, who has the unenviable task of proving to the entire world that his client is innocent while trying to keep Jewell from further shooting himself in the foot. By keeping the tone from becoming too somber and generating a degree of sympathy for Jewell, Eastwood has crafted an engaging (albeit fictionalized) account of the triumph of ordinary men over the establishment. That’s a struggle that has always played well regardless of who represents “ordinary” and who stands in for “the establishment.”