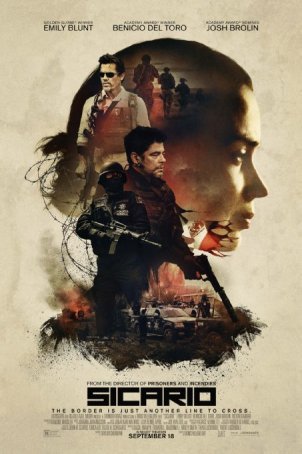 Canadian filmmaker Denis Villeneuve embraces a bleak worldview, or at least that's what his filmography would lead audiences to believe. His celebrated movies, which include Incendies, Prisoners, and now Sicario (and will soon add the long-gestating Blade Runner sequel), are all as powerful as they are uncompromising. Villeneuve doesn't soften characters or mute story points in a quest to win at the box office. His films are dark enough to keep away those in search for two hours of escapism. Those who go to a Villeneuve production, Sicario included, must be prepared for intense suspense, moral ambiguity, and an ending that doesn't conform to Hollywood norms.

Sicario (the title means "hitman" in Spanish) addresses the drug trade in an era after the so-called "War Against Drugs" has been lost. Skirmishes are still fought but even the key government agencies - the FBI, CIA, and DEA - admit that, unless the demand for drugs drops to near-zero levels, it's impossible to stop the supply, only control it. Sicario transpires near the Mexico/U.S. border, with frequent forays into both countries. Although the film doesn't directly address immigration issues, it makes a point about how porous the border is and hints that it's to the advantage of some agencies and officials to keep it that way. 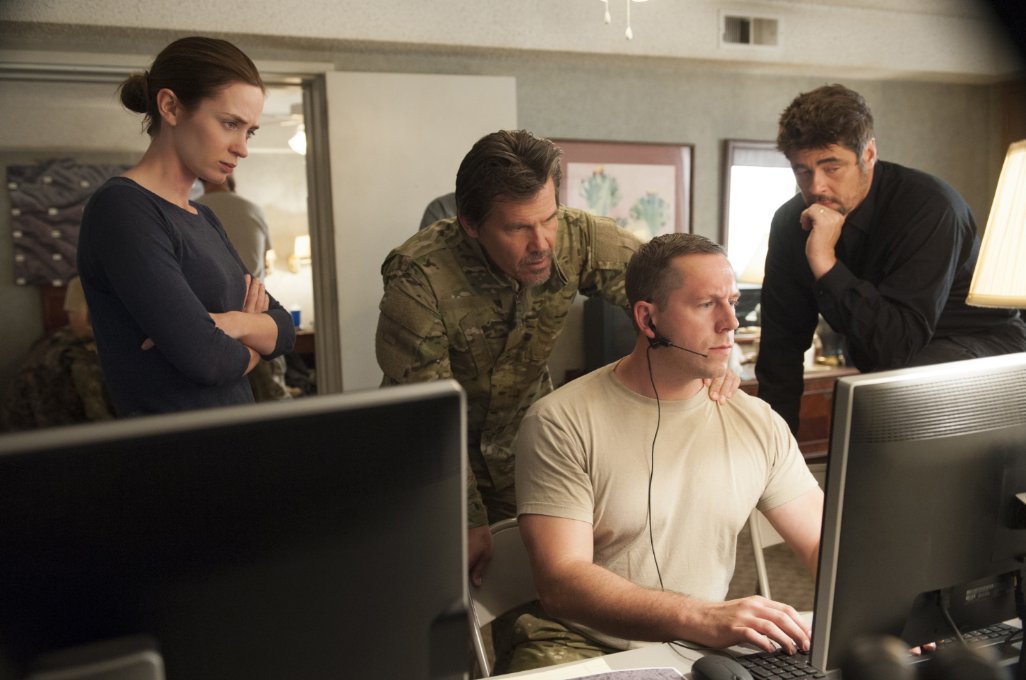 Law makers, law breakers, cops, robbers - in Sicario there's not much difference between them. The bad guys have traits one sometimes associates with those wearing white hats, and vice versa. Drug dealers can love their families and Federal agents can torture and kill without compunction. Does the end justify the means?  It depends on one's perspective but those who answer "no" are likely to find themselves outmanned, outgunned, and potentially on the endangered species list.

FBI agent Kate Macer (Emily Blunt) believes in the concepts of justice and jurisdiction. She and her partner, Reggie (Daniel Kaluuya), are among a dwindling number of true believers - a fact that becomes evident when they join a cross-agency task force led by the shady Matt (Josh Brolin) and the even more shady Alejandro (Benicio Del Toro). These two earn Kate's trust by claiming that their goal is to stop a terrorist whose bombs are killing her people.  That isn't a lie, but what they don't tell her is that their methods will challenge her moral fiber. From Matt and Alejandro's perspective, there's no such thing as an "innocent" bystander - only collateral damage.

Sicario's grim unpredictability amplifies the sense of tension. The movie's first act builds to a border crossing so fraught with suspense as to be almost unbearable. Credit Villeneuve's approach - shot selection (Roger Deakins is the cinematographer), editing, and Johann Johannsson's discordant score. The film's action scenes eschew the traditional mainstream approach - they're quick, brutal, and dispiriting for the participants. It's refreshing to find a director who is willing to show violence without celebrating it. 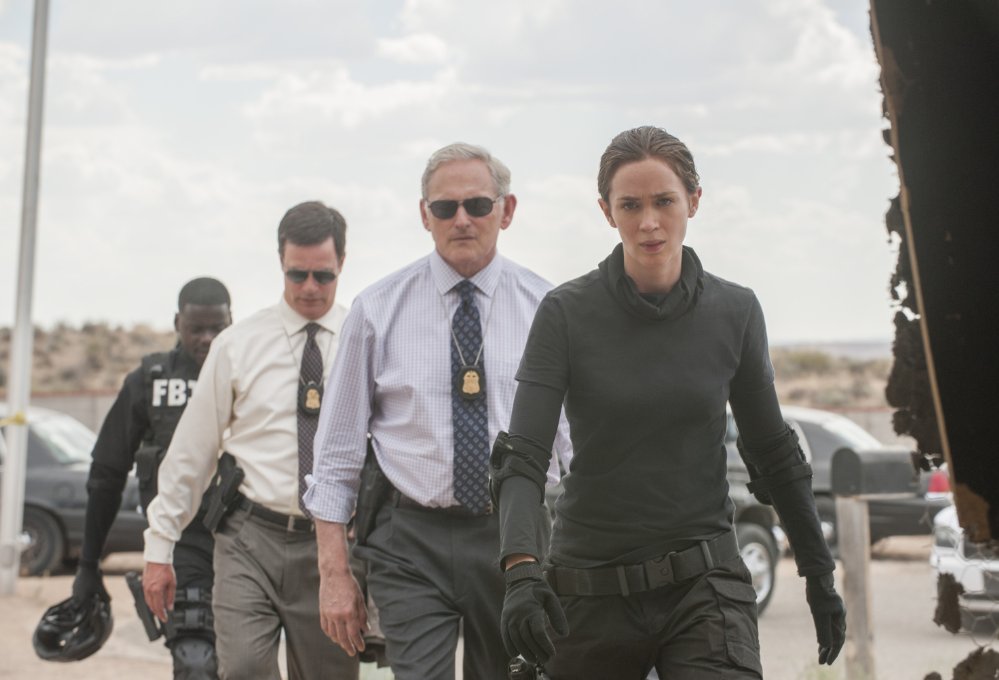 Emily Blunt has appeared in romantic comedies, action movies, science fiction tales, historical dramas - you name it, she's done it. Never before (not even in Looper) has she been asked to take a character as far into darkness as she is with Kate. It's an arresting performance as she becomes the viewer's surrogate in this ethical minefield. The character is a little naïve but she recognizes this quality and doesn't consider it a shortcoming. As a result, she learns a few hard lessons. Blunt is supported by Josh Brolin in the kind of role he's played before - a seemingly laid-back guy with a spine of iron. Benicio Del Toro is frightening as the steely-eyed Alejandro whose motivations, once revealed, transform him into a quasi-tragic figure. He's more a force of nature than a human being. Think in terms of a Terminator.

Two years ago, Villenueve's Prisoners opened early in the Oscar Season and was unfairly neglected by the Academy despite a strong story and a series of powerful performances. The reason: it was depressing and fared poorly at the box office. Sicario may face some of the same challenges but whether it earns Oscar recognition or not, it's an unforgettable motion picture that should be on the must-see list for anyone who appreciates films that deal in grays rather than blacks and whites.