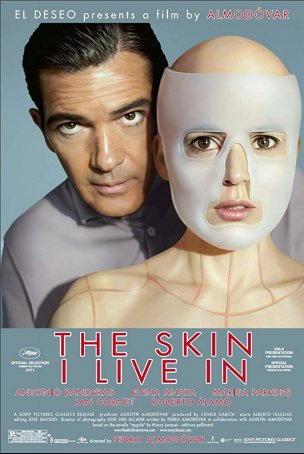 The Skin I Live In is an old-time horror movie told in anything but an old-time horror movie fashion by the iconoclast Spanish filmmaker Pedro Almodovar. There’s a mad scientist, a faithful servant, a beautiful woman trapped in a prison, and human meddling with things better left to gods. Mary Shelly might be smiling. In this instance, although Almodovar cedes none of his ground when it comes to audacity, The Skin I Live In is a little like De Palma at his most lurid or perhaps Cronenberg.

In many of his movies, Almodovar has gleefully mixed playfulness with perversion and has had great fun doing it. Here, however, he’s exploring darker terrain, overturning the rock to see what worms and grubs are to be found there. The movie is unsettling not only in the way the plot develops but in its focus on the twisted, tortured psyche of the brilliant plastic surgeon Dr. Robert Ledgard (Antonio Banderas, a former Almodovar regular who has returned to work with the director after a break of 22 years). Had I written this review upon the film’s 2011 release, I would have been coy about certain plot details. Seven years later, however, I don’t feel constrained, so consider this a spoiler warning. 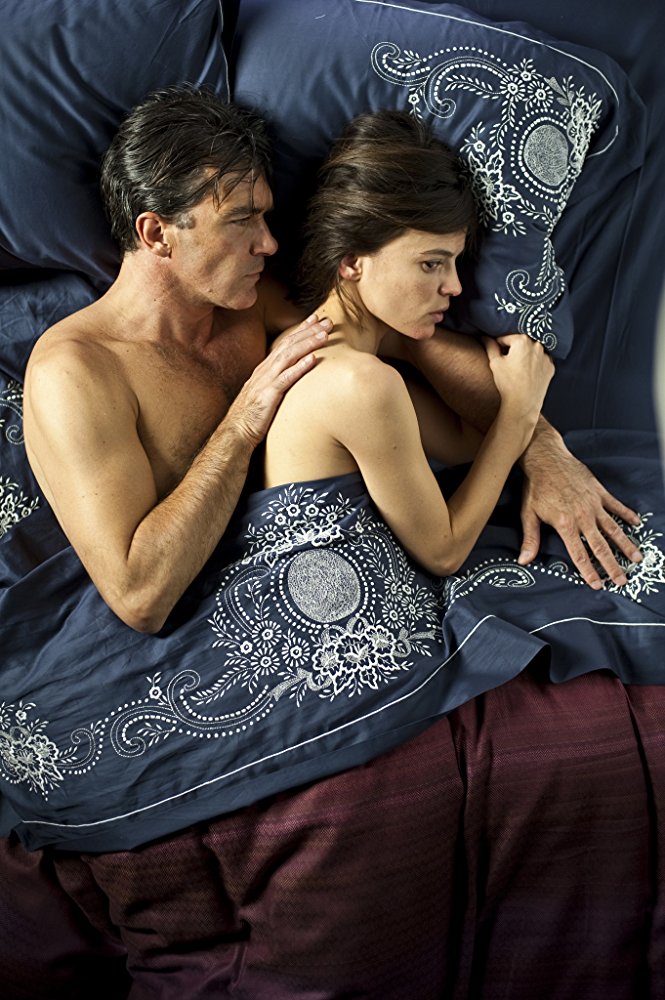 Dr. Ledgard is viewed as a genius in the industry. His specialty is face transplants – he has supervised three of the nine that have thus far proven successful. He is driven and narcissistic. He thinks of himself as having godlike powers (not unlike Alec Baldwin’s surgeon in the 1993 thriller, Malice) and ignores rules of bioethics. He experiments on skin, seeking to make it tougher and more pliant. His latest triumph: creating a synthetic hybrid that doesn’t burn and is immune to mosquito bites. Despite his claims, however, he has not confined his experiments to the lab. He has a very human host for his work, a prisoner in a gilded cage. Beneath the chin-to-toe skin-tight suit she wears, Vera (Elena Anaya) represents the crowing achievement of Robert’s career. He has remade nearly every part of her, including giving her the face of his dead wife.

Bits and pieces of Robert’s life are revealed through flashbacks and it wasn’t a happy existence. We learn that his housekeeper is his real mother and he has a half-brother he doesn’t know to be a blood-relation. That man is the criminal Zeca (Roberto Alamo), who arrives at Robert’s house after a bank robbery dressed as a tiger. His discovery of Vera and subsequent rape sets in motion a change in her relationship with Robert. But, aside from being his “patient,” who is she? 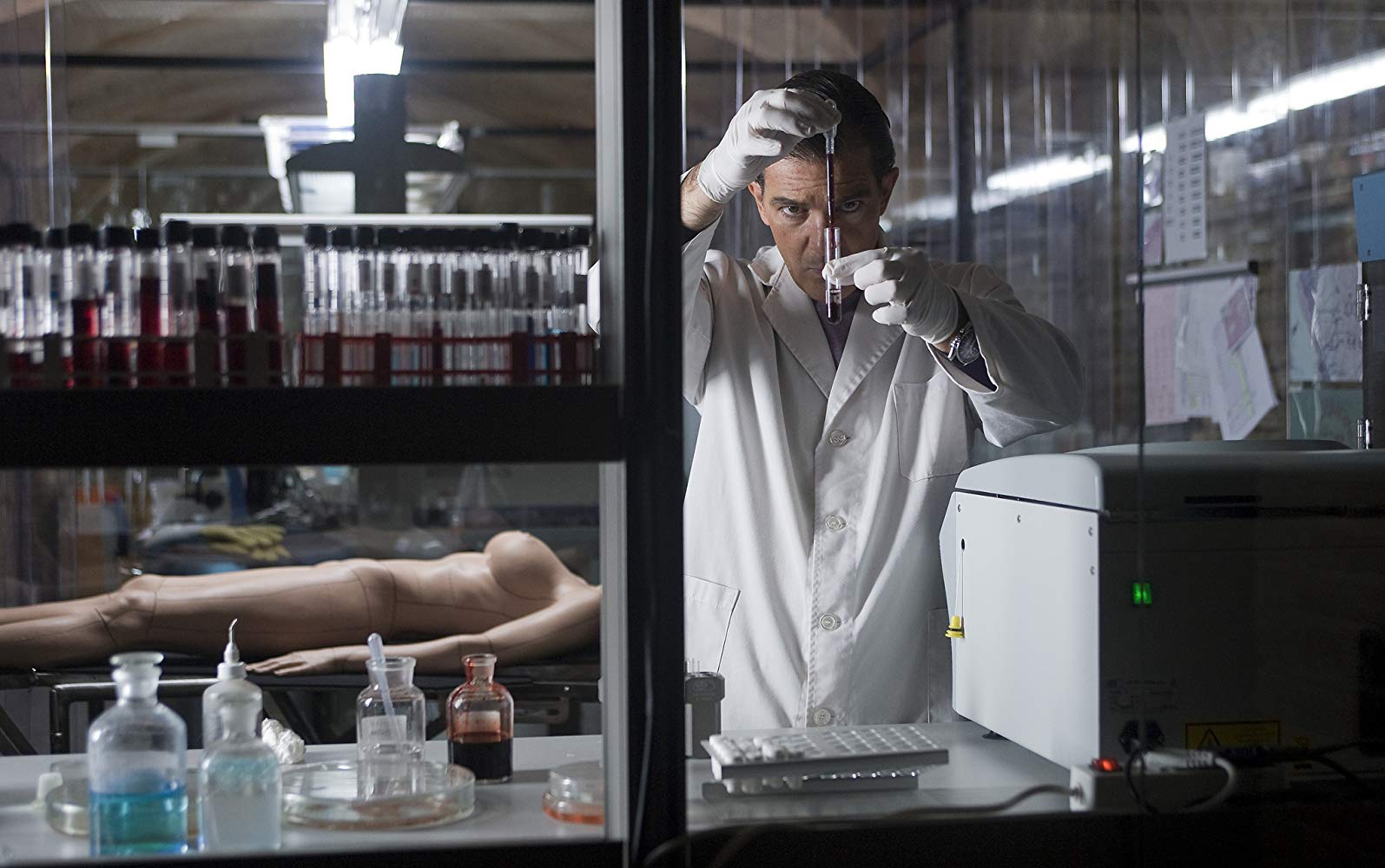 Almodovar teases us with the truth. At first, we think she might be Robert’s wife, who was horribly disfigured in a traffic accident. Has he used his skills to reconstruct her body while neglecting her mind? No – we learn that the wife is dead. What about his daughter, Norma? The fact that he enters into a sexual relationship with Vera wouldn’t prevent the director from going down this road. But Norma, like her mother, is six feet under. The truth about Vera is eventually revealed in some detail. Almodovar keeps us guessing until one word crystalizes everything: “Vaginoplasty.”

Vera, as it turns out, was once Vincente (Jan Cornet) – or at least that was his name until Robert went to work on him. The obsessed doctor blames the young man for his daughter’s death. Shortly before the mental breakdown that resulted in her suicide, Vincente raped Norma (although he thought the encounter to be consensual, at least at the beginning). Robert kidnaps and imprisons his daughter’s assailant before starting the forced gender re-assignment, using his body like a blank canvas – a slab of meat to be worked and perfected. By the end of the film, it seems that Robert has fallen in love with Vera. He wants to have sex with her. This, however, is the ultimate manifestation of his narcissism. Unlike Dr. Frankenstein, who was horrified by the appearance of his creation, Robert is mesmerized. He must have her. She is perfection. Meanwhile, Vincente is trapped with only two ways out: suicide or murder. Or perhaps both. 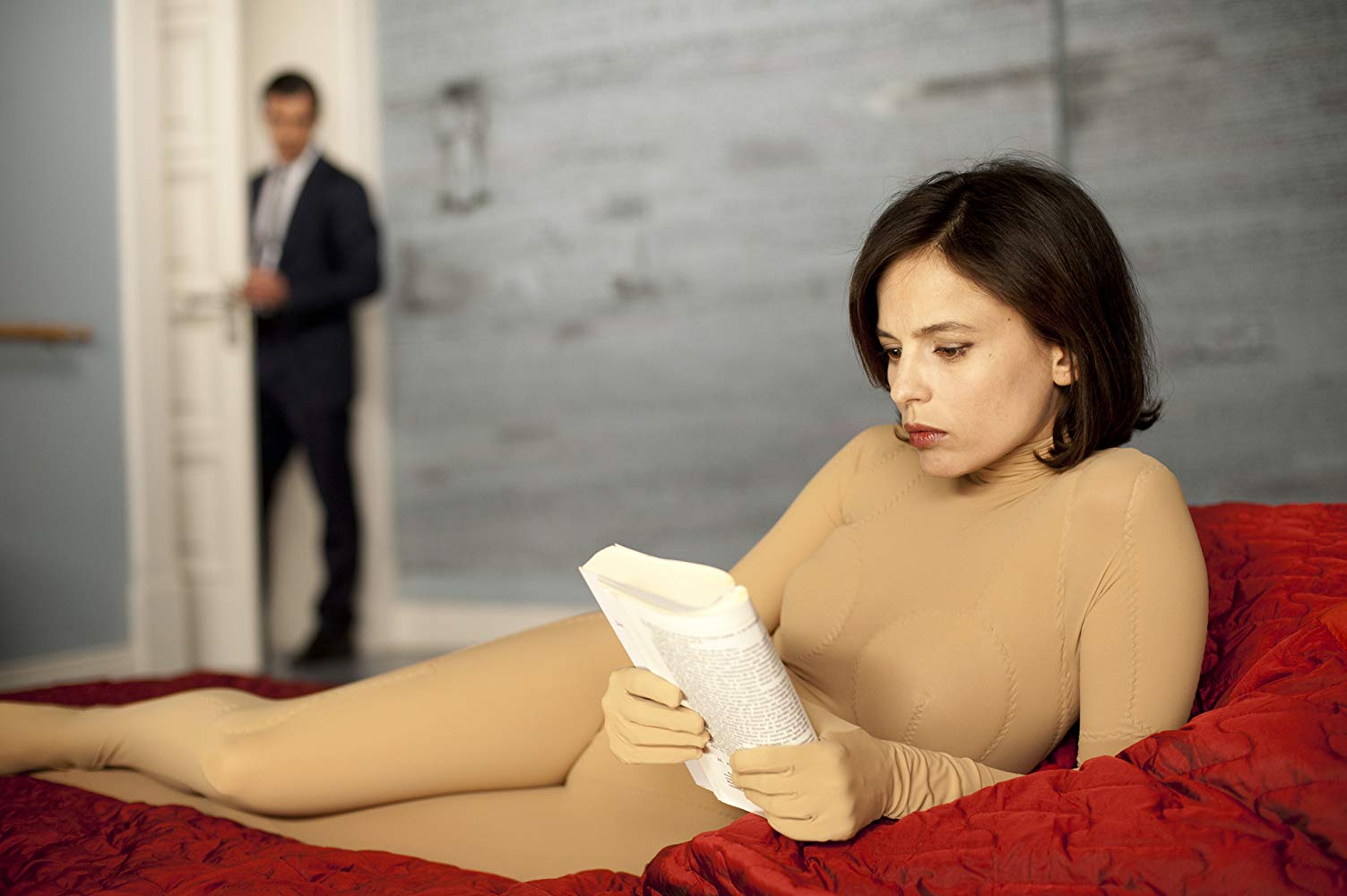 Banderas, now having emerged from his days as a Hollywood heartthrob, plays Robert with an icy calculation that’s chilling. There’s nothing campy about his performance; he’s deadly serious. The beautiful Elena Anaya matches his intensity. Unashamed about bearing her body, she allows Almodovar’s camera to show her every curve, emphasizing the perfection of Robert’s work. At least superficially, however, she’s a classic femme fatale with inscrutable motives. Longtime Almodovar collaborator Marisa Parades, who has been with the director since the “old days” before Banderas departed for America, plays Robert’s housekeeper/mother.

Made with a touch more camp or maybe a dose of comedy, The Skin I Live In would have gone down more smoothly, without the bitter aftertaste. Critics were divided about the movie, many having reservations about the central plot device while others embraced Almodovar’s creepy extravagance like they would any director attempting something bold and unsettling. For those with a penchant for this sort of horror, The Skin I Live In is well worth seeing. Mad scientists overwhelmed by hubris are nothing new but no iteration of the story has been told in quite this way.