Is it pointless to write a review of Transformers: The Last Knight, the fifth installment of Michael Bay’s celebration of all that’s wrong with Blockbuster Cinema? Bay’s response to his critics is to flash his winning smile and point to the numbers after the “$”. However, although there’s no denying that the four previous Transformers films have been financially successful domestically and internationally, cracks have begun to appear in the foundation. In its home territory, Transformers: Age of Extinction (#4, 2014) made $100 million less than Transformers: Dark of the Moon (#3, 2011), which in turn made $50 million less than Transformers: Revenge of the Fallen (#2, 2009). That’s the trajectory of a franchise in trouble, not one that’s poised to flatten all challengers.

Transformers: The Last Knight follows the template established by its predecessors, thereby making it easy for anyone to determine their level of tolerance for the overlong, overstuffed spectacle foisted on us by Bay and Company. Transformers fans (rumor has it they exist) will probably enjoy themselves – the production has the “feel” of something made for True Believers. Everyone else will have a better time at the dentist’s getting a tooth extracted without anesthesia. Distilled to its essence, The Last Knight is an orgy of incoherence, a sensory assault that suffocates the viewer in a cavalcade of special effects incontinence. The production exists at the nexus of video games, movies, and amusement park rides and really doesn’t deserve to be considered a “film.” 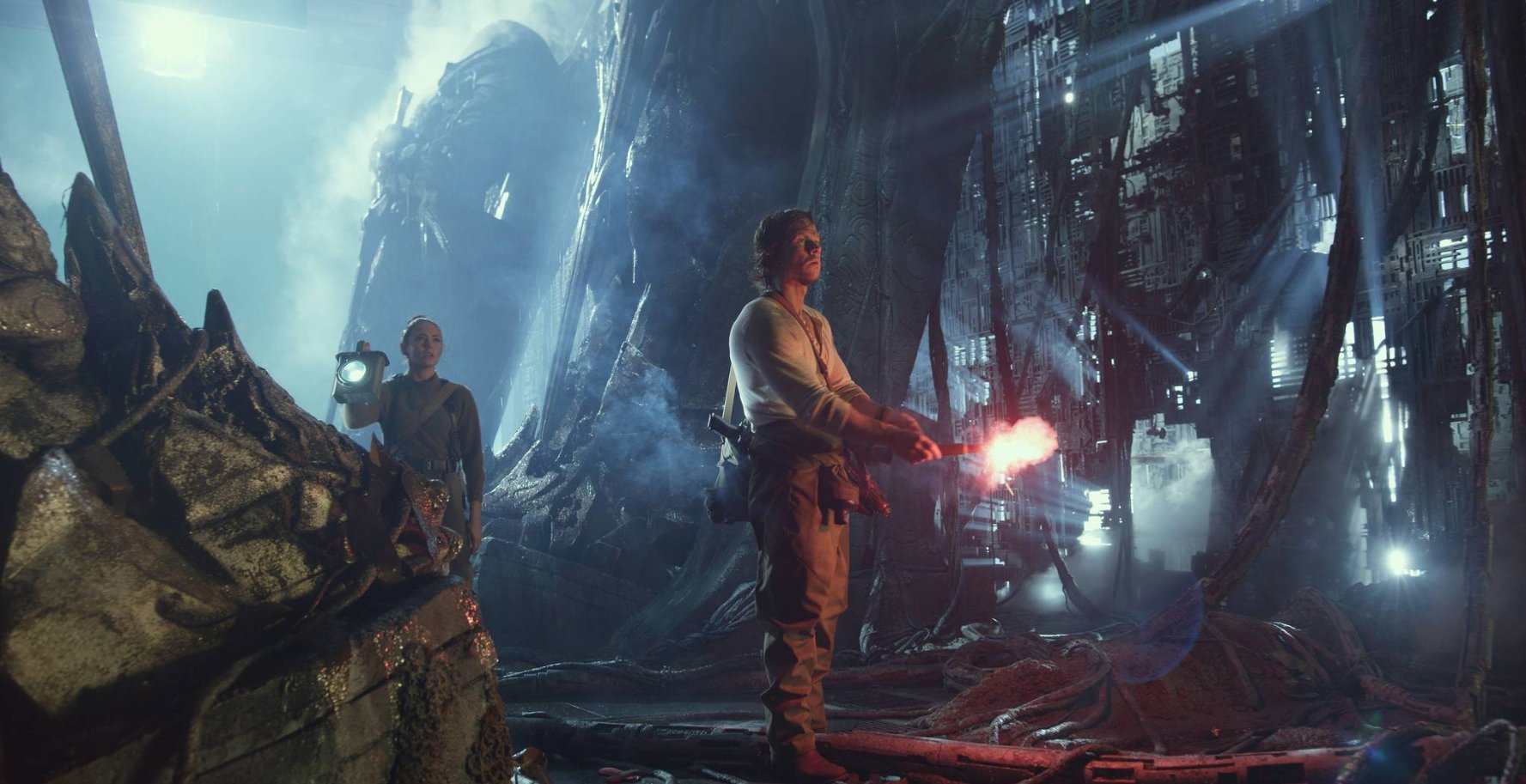 Beneath the top layer of overdone spectacle, there is a narrative, or at least something that passes for one. The broad strokes are easy enough to figure out but Bay’s unique approach to editing makes it impossible to piece together the details. Robot-on-human mayhem leads to robot-on-robot carnage. Optimus Prime has disappeared. Well, not really since we see him floating around in space before being converted to Nemesis Prime by an entity that looks like the Borg Queen’s sister. Megatron shows up from time to time to make trouble. Sir Anthony Hopkins wanders in from “Westworld”. The butler from “Downton Abbey” gives his voice to the robot butler here. Stanley Tucci plays Merlin like he’s in a new version of Monty Python and the Holy Grail. John Turturro spends the entirety of his scenes on a pay phone in Cuba. The bottom line: Bad Transformers want to crash the dying Transformer planet into Earth so it can suck all the life out of our little blue ball and Good Transformers are out to stop them. Throw in a bunch of actors playing “characters” devoid of anything resembling personality and you have your standard-order Transformers mess.

Bay insists on pummeling viewers with a remarkably relentless intensity. It’s his M.O., his raison d'être. Pauses for exposition or character-building are as rare in a Bay movie as a snowflake in Manila. He doesn’t care if you get the story, only that you’re distracted by the visual diarrhea. He edits with ADD abandon and cranks up the bass to an “11.” It’s the kind of thing that might be fun for about five minutes but becomes punishing long before the movie has reached its halfway point. Bay’s creation proves the point that action without stakes can be more boring than the inert navel-gazing of self-indulgent artistes. Halfway through The Last Knight, I was struggling to stay awake. Only the shaking of the recliner chairs (butt-kickers, I think they’re called) kept me from dozing off. 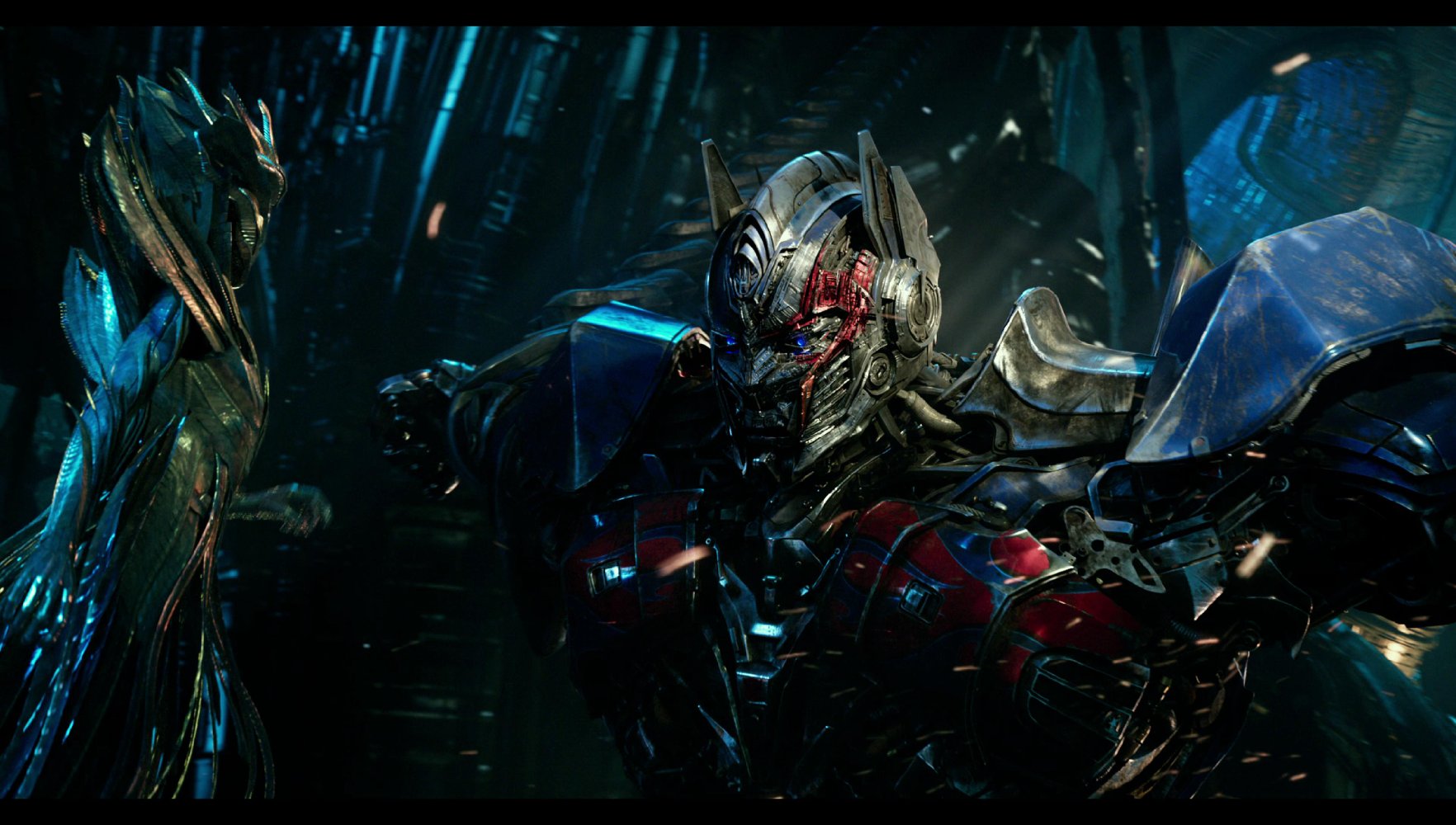 Because Bay is reluctant to go with full animation, he still sticks actors in his Transformers movies – familiar faces who can show their dedication to their craft by gawking in awe at the green screens all around them. Worse even than George Lucas at bringing out the humanity of his performers, Bay fails to realize that his attempts to make a young character likeable instead transform her into an obnoxious brat. Yet, despite his reputation, Bay lands some respectable names: Hopkins, Tucci, Turturro. I can explain the last two – they’re character actors with bills to pay. I have no idea why Hopkins agreed to participate. His Odin checks should have fattened his bank account; I would have loved to hear the pitch that seduced Hannibal the Cannibal.

There’s not much more to say about The Last Knight because, to use a term that’s in the vernacular, it is what it is. Little has changed over the ten years the franchise has been in its current mode of existence, although the gap between Bay’s shock-and-awe style and that of the average blockbuster is narrowing. In 2007, Transformers had to be seen to be believed. For better or worse (emphasis on the latter), it was unlike anything else on the multiplex landscape. In 2017, it’s becoming difficult for Bay to distinguish his brand of brain-dead spectacle from the brain-dead spectacle of many other sequels, prequels, and remakes. He probably doesn’t know whether to be pissed or proud. As a movie-goer, the choice is a lot clearer.