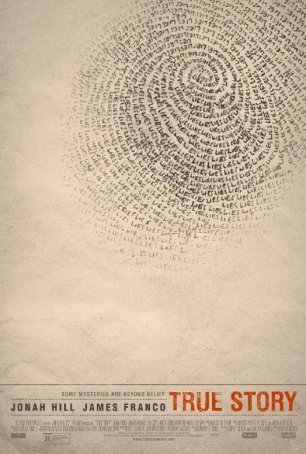 True Story can be seen as a true crime story but it's primarily about the relationship between a criminal and the journalist interviewing him; the details of the quadruple murder come in a distant second. The ironically titled narrative is about lies and manipulation. It's about the twisted, co-dependent relationship that can develop between a possible killer and his biographer. Both men begin their interaction with specific agendas - not necessarily compatible - but it's questionable whether either achieves his goal. 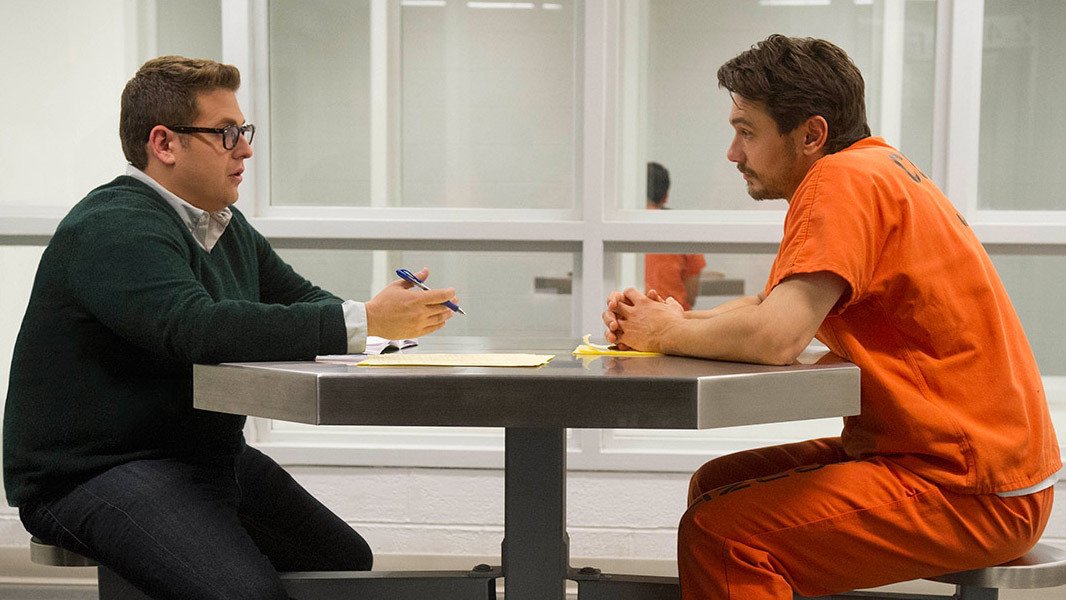 The movie stars Jonah Hill and James Franco. Although both have given serious performances in the past, they are best known for comedies. There's nothing funny about True Story, however - first-time director Rupert Goold takes the viewer into dark territory: the slayings of an adult women and three young children (ages 4, 3, and 2). Although the murders are not shown in graphic detail, there's enough here to disturb even a hardened viewer. Perhaps the most difficult scene depicts one of the children, about to die, hugging his killer in an act of trust.

The story takes place in 2002. Hill plays Michael Finkel, a respected New York Times writer who is fired after he falsifies information in a magazine cover article about slavery and mistreatment on African cocoa plantations. Meanwhile, in Cancun, accused murderer Christian Longo (Franco) is captured on the lam.  When apprehended, he gives his name as "Michael Finkel." This statement results in the two men meeting, with the real Michael asking the fake Michael: Why my name? Christian says it's because he respects Michael and offers a carrot: he'll tell his story to Michael if the journalist agrees to withhold publication of it until after the trial is over. Seeing an opportunity for redemption, Michael agrees. This begins what Michael would later call a "cat-and-cat" game: the two batting truth and lies back and forth, each trying to gain the upper hand. Michael thinks he understands Christian… until the day when the defense begins presenting its case. 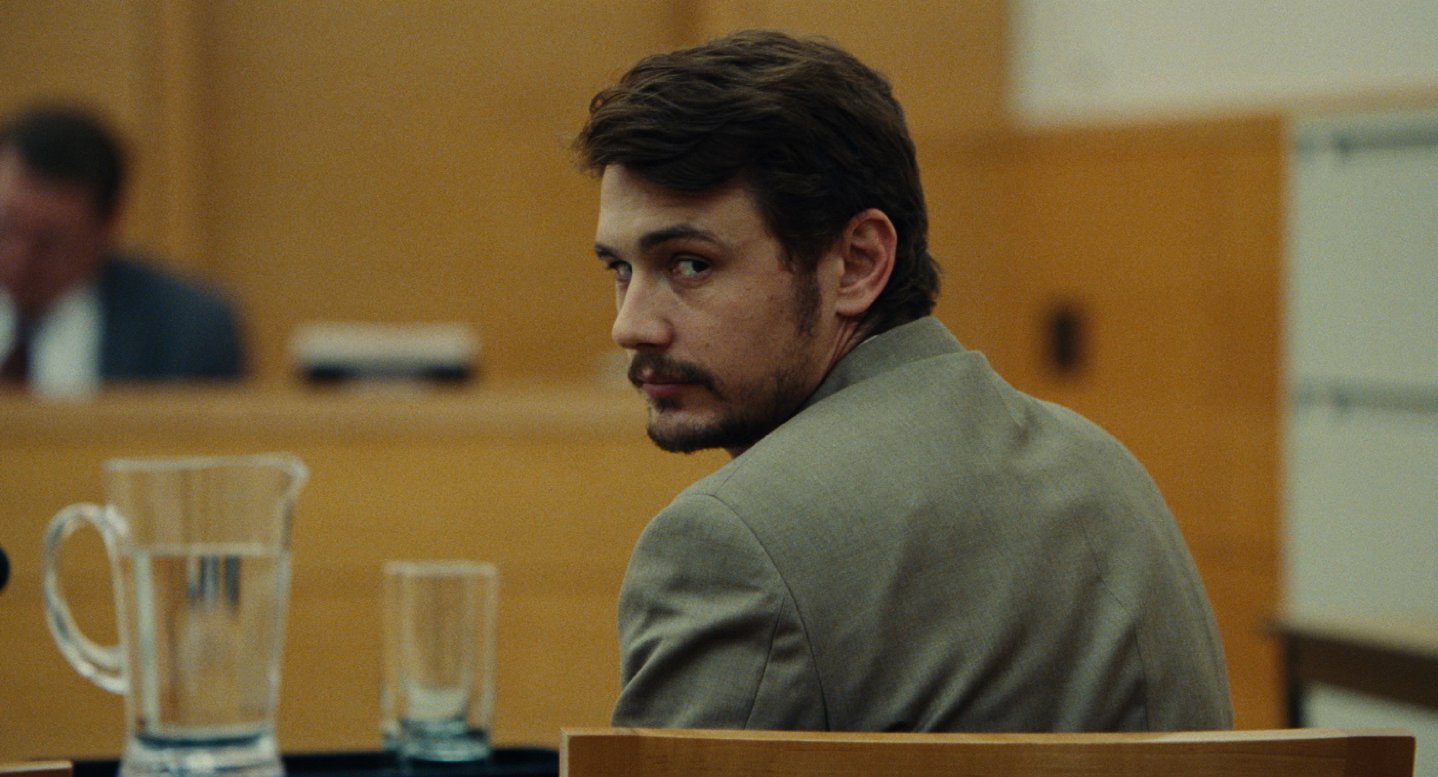 Those looking for a clear-cut chronology of how the murders happened are destined for disappointment. Flashbacks of the crime are short and ambiguous. We are provided with the prosecution's version of events and the defense's rebuttal.  Never, however, are we given an impartial account of what transpired on December 17, 2001. When it's over, True Story leaves no doubt about Christian's guilt or innocence - that question is answered definitively - but it offers few details because the film isn't primarily about the crime. 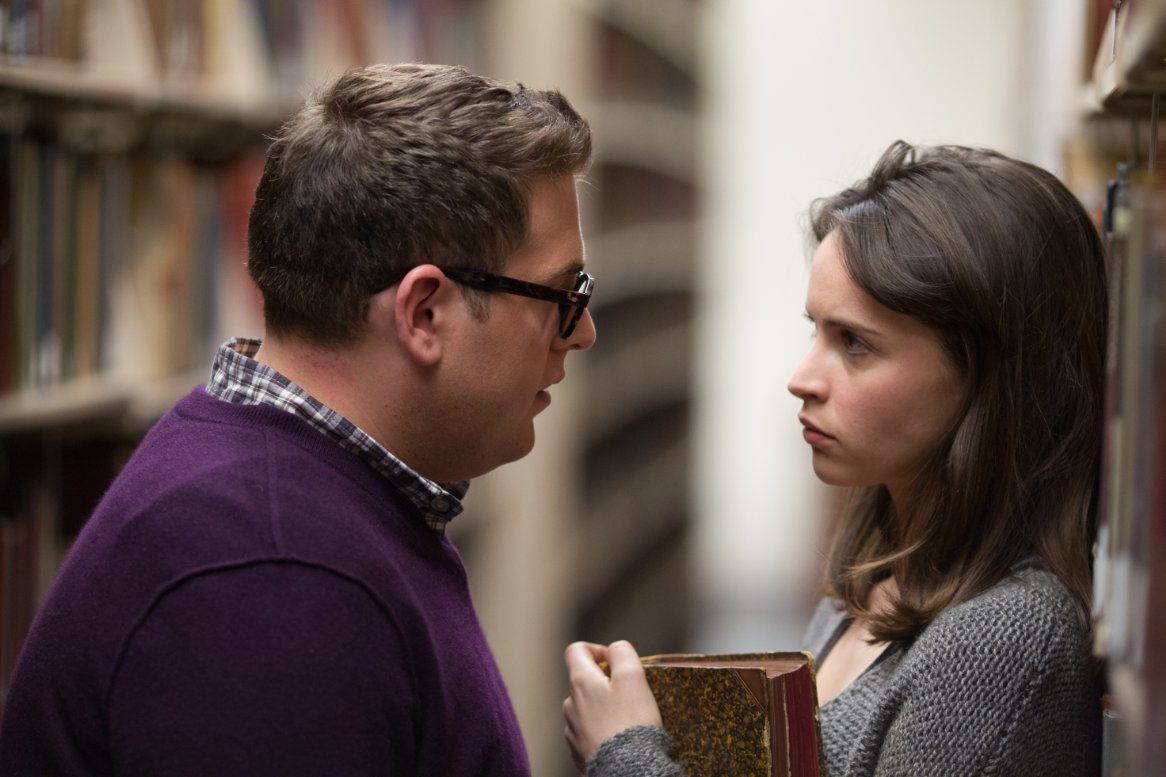 Not everything works. There's a curious variability to the intensity of the conversations between Michael and Christian. Some effectively capture the psychological nuances of what's going on; others are strangely commonplace. Of the two leads, Franco is more compelling, capturing the duality of Christian's personality and never allowing the audience to be sure which facade is authentic. Hill's Michael is flat and straightforward; there are times when he comes across as naïve, which he certainly isn't. Finally, there's the character of Jill, Michael's wife (played by Felicity Jones). Although the film's intention is to use her as a moral compass and show the sacrifices Michael is making by interacting with Christian, she often seems like a spare part - underused until her Big Scene. Jill might be an important aspect of Michael's life but she doesn't work within the context of what makes it to the screen. (It's reasonable to wonder how much of Jones' performance might have ended up on the cutting room floor. This is the kind of "extraneous" material often cut to trim a running length and improve pacing.)

Although True Story never comes close to Truman's Capote's In Cold Blood standard for true crime, its willingness to shed the procedural approach allows it to transcend the mediocrity that often infects tales of this sort. Instead of hinging its credibility on the "based on a true story" label, this production focuses instead on human behavior and the subtle wrongdoings that often occur in the wake of an act of monstrous evil.