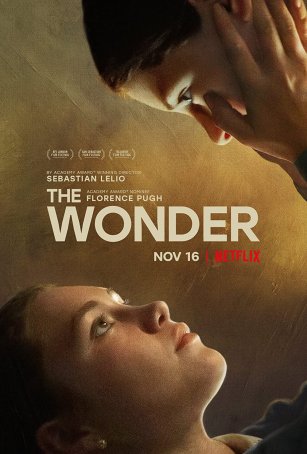 On the one hand, The Wonder is a fascinating examination of the war between the sacred and the scientific. On the other hand, despite its strong sense of atmosphere and an intense performance by lead actress Florence Pugh, it’s strangely uninvolving. The movie works hard to keep the characters at arm’s length and this results in a movie entirely devoid of any emotional connection. And, as the film’s “mysteries” are resolved and the story heads toward its conclusion, things become preposterous to the point where it’s nearly impossible to take them seriously. Naivete and religious blindness can only explain so much and the epilogue strains credulity past the breaking point.

Still, it’s a moody film whose commitment to grimness and shadows must be acknowledged. The Wonder doesn’t exactly follow the tenets of Dogme 95, but many of the indoor scenes reflect the low light provided by candles and oil lamps. This helps establish the setting – 1862 Ireland – as firmly as the costumes and attitudes do. Even during the film’s few outdoor scenes, the sky is always gray; there’s a strict avoidance of anything that might include rays of sunshine.

At the center of The Wonder is 11-year old Anna O’Donnell (Kila Lord Cassidy), a child who allegedly hasn’t eaten in three months yet shows no ill effects from her fast. Various influential men in the community, including Anna’s doctor (Toby Jones) and a priest (Ciaran Hinds), have formed a committee to oversee the situation. They decide to invite the participation of a professional observer, the English nurse Lib Wright (Florence Pugh), who travels to this remote part of Ireland to determine whether Anna’s case is a modern miracle or a hoax. Being a woman of science, she is inclined to believe the latter and seeks to prove it. 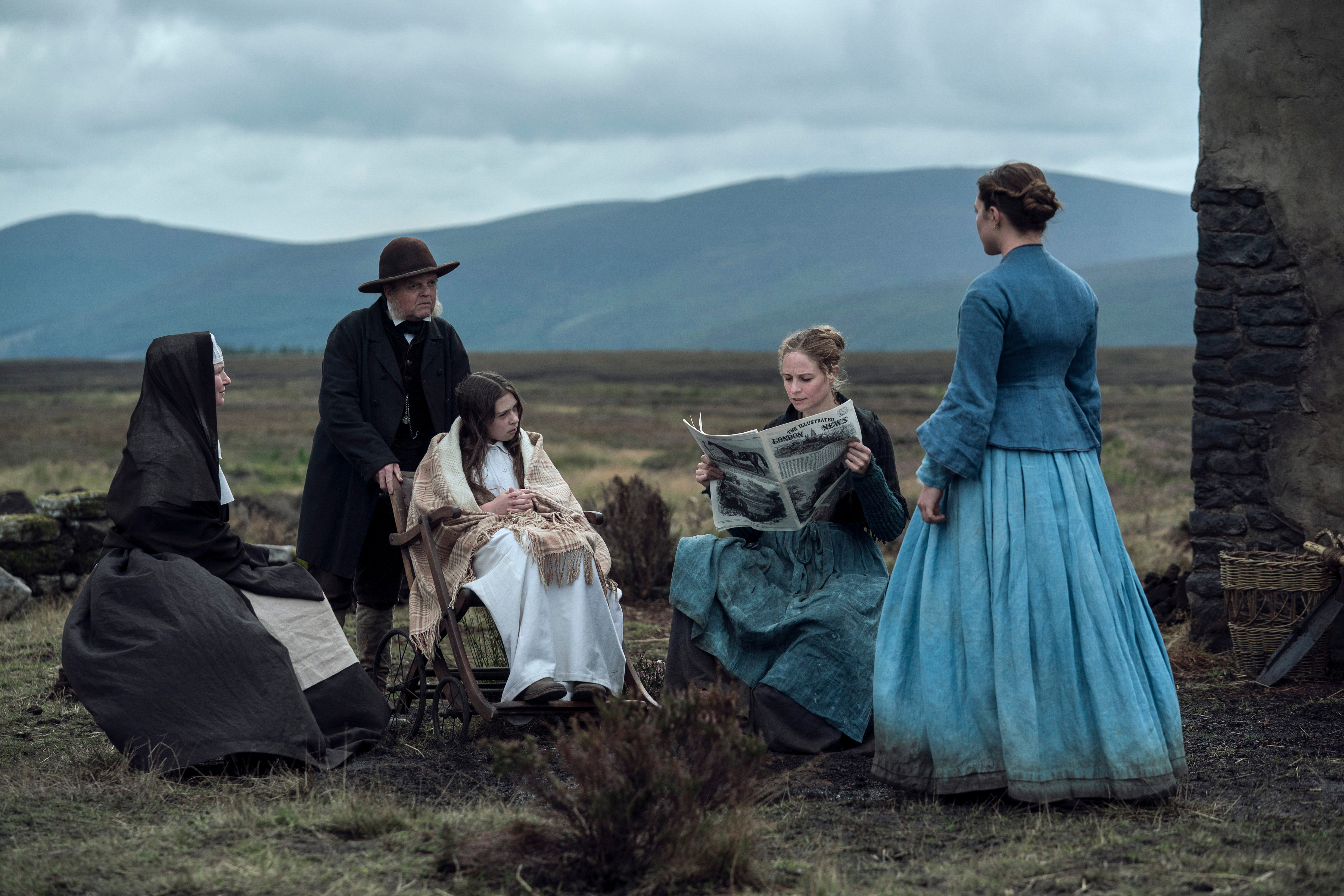 Although it is an important aspect of the overall narrative, the focal point isn’t the tug-of-war between science and faith. (It shares strong similarities with the Apple TV+ mini-series, The Essex Serpent, which stars Tom Hiddleston and Claire Danes and explores the conflict between realism and superstition in Victorian England). Although the storyline unfolds like a mystery, with Lib following clues to uncover the underlying truth (and, in the process, discover some unsavory details about Anna’s dead older brother), the revelation about Anna’s condition is anticlimactic and the resolution is nonsensical. One of the various contrivances employed by the filmmakers in the final 20 minutes might be acceptable but, with several piled atop one another, it’s a little too much to swallow.

The Wonder offers an implicit condemnation of the religiously-influenced patriarchy that perpetuates Anna’s situation. By the time Lib arrives, vested interests are already in place. The possibility of a modern-day miracle has not only gotten the Church involved but draws the curiosity of tourists. The doctor believes that Anna’s continued good health will elevate his reputation. The skeptics are eager to see Anna knocked off her pedestal. No one, it seems, cares about the young girl in the eye of the storm. That role falls to Lib, who has her own demons to battle.

To the extent that The Wonder is a character study of Lib – and it’s at its strongest when functioning as such – Florence Pugh is the movie’s greatest asset. In recent years, as her profile has been in ascent, Pugh has displayed both extraordinary range and an unwillingness to be pigeonholed. She has appeared both in big-budget superhero movies and obscure indies. If she has any sacred cows, we haven’t seen them. Her portrayal of Lib is in line with many of her recent roles: she’s fully committed to the character and, as a result, we believe we’re watching a living, breathing, three-dimensional human being. If there’s an issue, it’s that the screenplay, especially during the third act, undermines her performance and she often seems to be competing with the cinematography.

Although well under two hours in length (it clocks in at 103 minutes), The Wonder feels longer, due in large part to the too-relaxed pacing of the thin storyline. Like Lib, we’re outsiders and the filmmakers keep us that way. We’re like her – observers attempting to ascertain the truth about Anna but, unlike Lib, we don’t connect with her (or with anyone else in the film). There’s something sterile about watching The Wonder and the ending feels artificial and undeserved. Pugh is the primary reason to see the movie. Her performance makes it watchable but by no means exceptional.