What is it about fantasy novels that makes them so difficult to translate effectively to the silver screen? It’s not impossible – J.K. Rowling’s Harry Potter series and Peter Jackson’s The Lord of the Rings adaptations are proof that it can be done. More often than not, however, the result is as limp and truncated as Kenneth Branagh’s Artemis Fowl – a few standout moments set adrift in a sea of underdeveloped characters, incomplete backstory elements, and abbreviated world building. Although the problem lies primarily in the difficulties associated with condensing an epic tale into a short-ish movie, the lack of elegance with which that is accomplished makes Artemis Fowl a failure for anyone hoping for the next great fantasy film.

The treatment accorded to Artemis Fowl (the movie condenses elements from the first two volumes of an eight-novel cycle into a single film) recalls a Disney misfire from more than three decades ago. Although The Black Cauldron was animated, it suffered from many of the same problems evident in Artemis Fowl: an oversimplification of the backstory, a rushed narrative with poorly realized characters, and a overall lack of faithfulness to the source material. The Black Cauldron worked better because it at least had a clean ending. Artemis Fowl suffers by trying to both provide a credible stopping point (in case there are no additional films) and offering a lead-in to additional adventures (in case there are additional films).

In the books, 12-year old Artemis (played by Ferdia Shaw, the grandson of Robert Shaw) is presented as an anti-hero (although, over the course of the saga, his villainous attributes fade to be replaced by heroic ones). Here, he’s more of a misunderstood boy-genius whose role as the protagonist is never in question. All of his edges have been smoothed out. The story focuses on Artemis’ efforts to locate and rescue his father, Artemis Fowl Sr. (Colin Farrell), an infamous art thief who has been kidnapped by the twisted evil fairy Opal Koboi. Her ransom for releasing him is that Artemis must locate and obtain a powerful McGuffin. He is joined in his efforts by Lower Elements Police (LEP) fairy police officer Holly Short (Lara McDonnell), giant dwarf Mulch Diggums (Josh Gad), and strongman Domovoi Butler (Nonso Anozie).

Artemis Fowl diverges considerably from the two books that form its basis, Artemis Fowl and Artemis Fowl and the Arctic Incident. Although author Eoin Colfer reportedly “approved” the changes, they push the film into an alternate universe from the one occupied by the novels. Even with the pruning of subplots and condensation of the narrative, 100 minutes is too short to tell the story effectively. None of the characters are well-developed, including Artemis. The boy’s relationship with Holly Short evolves with whiplash-inducing rapidity – one moment, they’re enemies (actually, she’s his prisoner), the next they’re friends. The film’s frenetic pace might work for ADD viewers and preteens but there’s no time for world-building or anything more than the most basic exposition. As a result, Artemis Fowl feels rushed to the point of being exhausting and strangely confusing despite the relatively straightforward storyline.

Kenneth Branagh was undoubtedly selected to direct the film based on his success with two earlier Disney properties: the live-action Cinderella and Marvel’s Thor. Perhaps because Branagh had no input into the screenplay (which was completed before he came on board), the movie lacks the complex psychological qualities he normally brings to his films. Visually, Artemis Fowl is impressive. However, although the fairy world of Haven is beautifully rendered, it appears all-too-briefly. The film’s most impressive sequence, a throwdown with a seemingly invincible troll, is a standout by any definition, but it represents only about five minutes of screen time and there’s nothing else that comes close – not even the muted climax. 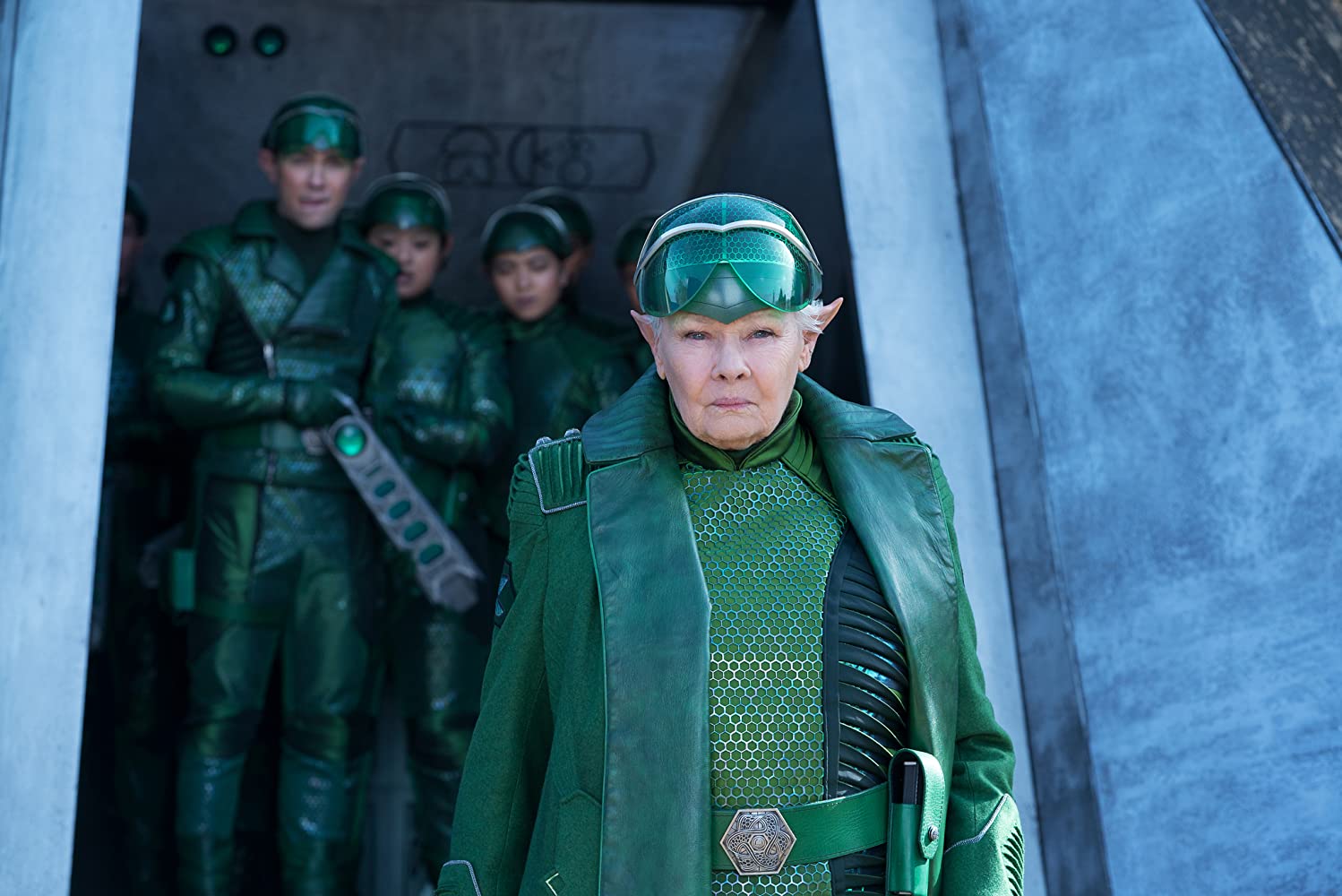 As is often the case, Branagh’s presence at the top results in some impressive names in the cast. The young leads are newcomers – this is Ferdia Shaw’s first movie (and it shows – his performance is occasionally wooden) and Lara McDonnell’s third (she’s better, evidencing an indomitable pluckiness) – but the rest of the cast is populated with veterans. Josh Gad, another Disney regular, has the most openly comedic role of the film as Mulch Diggums. Colin Farrell is called on for limited duty as Artemis’ mostly-absent father. Nonso Anozie, who has a history with Branagh, plays Artemis’ protector and advisor. Finally, Judi Dench adds a dose of class as Holly’s no-nonsense boss.

It has taken Artemis Fowl nearly 20 years to traverse the route from page to screen and one senses that neither fans nor newcomers will be especially pleased with the end result. Recognizing that the film faced rough seas, Disney postponed the movie’s originally planned August 2019 release to May 2020 then, when the coronavirus made that impossible, the studio elected to shift the film to its Disney+ platform. Although partially a face-saving gesture (Artemis Fowl would likely have had a similar box office reception to Disney’s underwhelming 2018 release, The Nutcracker and the Four Realms), it at least allows the film to find a large audience in a low-pressure situation.

The bottom line seems to be that, while Disney has shown an aptitude for making many different kinds of movies, fantasy epics aren’t among them. This is one genre the Magic Kingdom should perhaps avoid, leaving such properties to studios that have shown better success (such as Warner Brothers). Artemis Fowl could have been the beginning of a movie franchise but, based on the first installment, it’s more likely a one-and-done outing.