Cure for Wellness, A (United States/Germany, 2017)

The strange, surreal tone that permeates Gore Verbinski’s A Cure for Wellness is simultaneously its greatest strength and its greatest weakness. Vaguely echoing the likes of Martin Scorsese’s Shutter Island and Stanley Kubrick’s Eyes Wide Shut (although inferior to both), this movie transports us into an otherworld where things resemble those in ours but are overlaid by a strangeness that makes it hard to be drawn in. The protagonist, an ambitious Wall Street type played with DiCaprio-inspired mannerisms by Chronicle’s Dane DeHaan, fails to provide us with our way into this world. There’s no rule that main characters have to be likable, and DeHaan’s Lockhart isn’t, but they at least have to be interesting. He fails that litmus test. 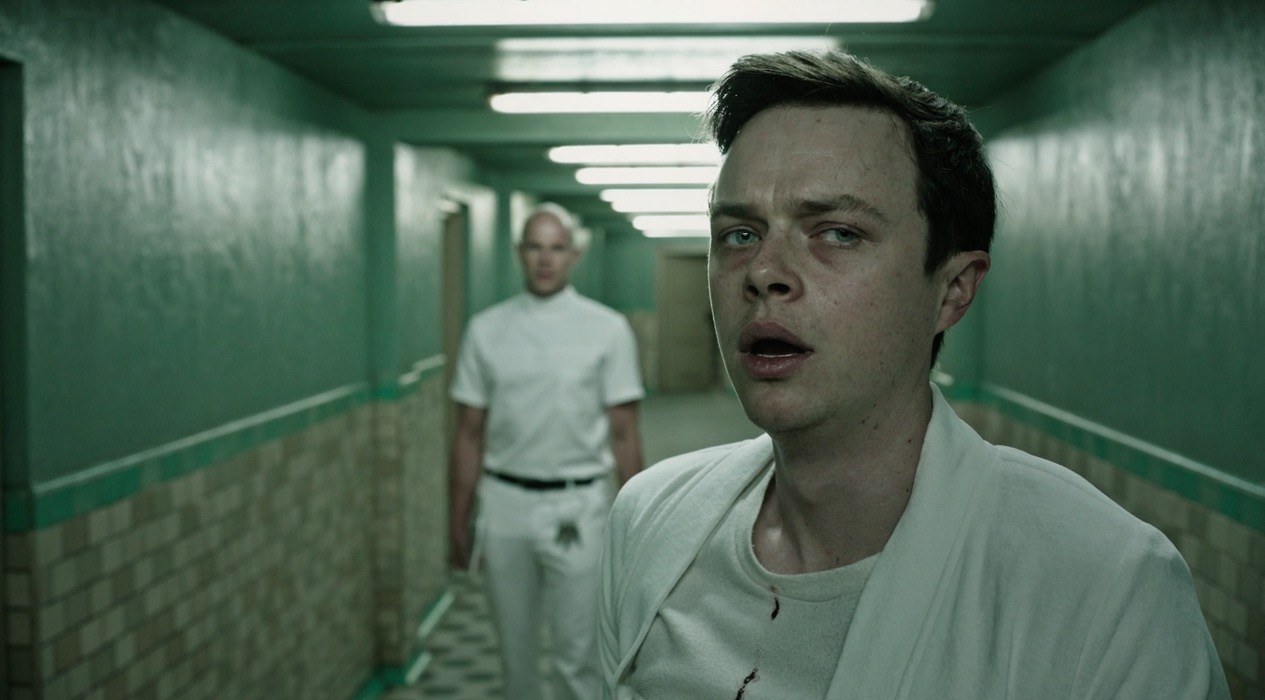 I can’t say whether the spa where the action transpires is a nice place to visit. Apparently, no one ever wants to leave and it has a spectacular view of the Alps. It’s a little like Castle Dracula, though. Situated in an old castle, the spa overlooks a nearby village. The inhabitants shun the place, where the rich and famous go, never to return. The taxi service is one-way. The spa, presided over by the smiling, trustworthy Dr. Volmer (Jason Isaacs), searches for “the cure”, yet everyone there is getting sick(er), including those who come to the place in perfect health. The only ones who seem immune to the effects of The Cure are Volmer, his employess, and his ward, Hannah (Mia Goth), a young woman whose mental and emotional age don’t match her chronological appearance. A woman on the outside, she’s still a child within. Or so it appears.

Lockhart arrives at the wellness center with a clearly defined job: find his company’s CEO, Pembroke (prolific TV actor Harry Groener), and bring him back to New York so he can “own up to” some financial irregularities. Lockhart’s job (not to mention his future in finance) depends on this. After encountering polite resistance from the spa’s staff, Lockhart becomes insistent and his belligerence pays off: he gets to meet Pembroke, who informs him he has no intention of returning to the United States until he is “cured.” On the way back to the village, Lockhart is involved in a car accident. When he awakens several days later with a broken leg, he finds himself a patient at the center. Volmer cares for him personally and assures him that he too can benefit from The Cure while he’s recuperating. Instead of a place of rest and relaxation, however, the spa becomes a prison for Lockhart, who becomes aware that strange and creepy things are taking place in the restricted areas of the hospital.

A Cure for Wellness is long (nearly 2 1/2 hours) and there are times when it drags. Interesting visuals and an elliptical style aren’t enough. The central mystery is sufficiently intriguing to keep the viewer engaged to a degree but the resolution is both unsurprising and unsatisfying. Before the halfway point, it’s easy to see where the narrative appears to be going and Verbinski (still trying to recover from The Lone Ranger debacle after delivering with Pirates of the Caribbean and its sequels) disappoints by not throwing in any twists or surprises. The climax enters the realm of campy silliness and, although the content could be considered extreme, it’s put together in a way that almost courts laughter. Perhaps the filmmakers thought that, because most of the movie has a low-key, ominous feel, it was necessary to do something over-the-top at the end. 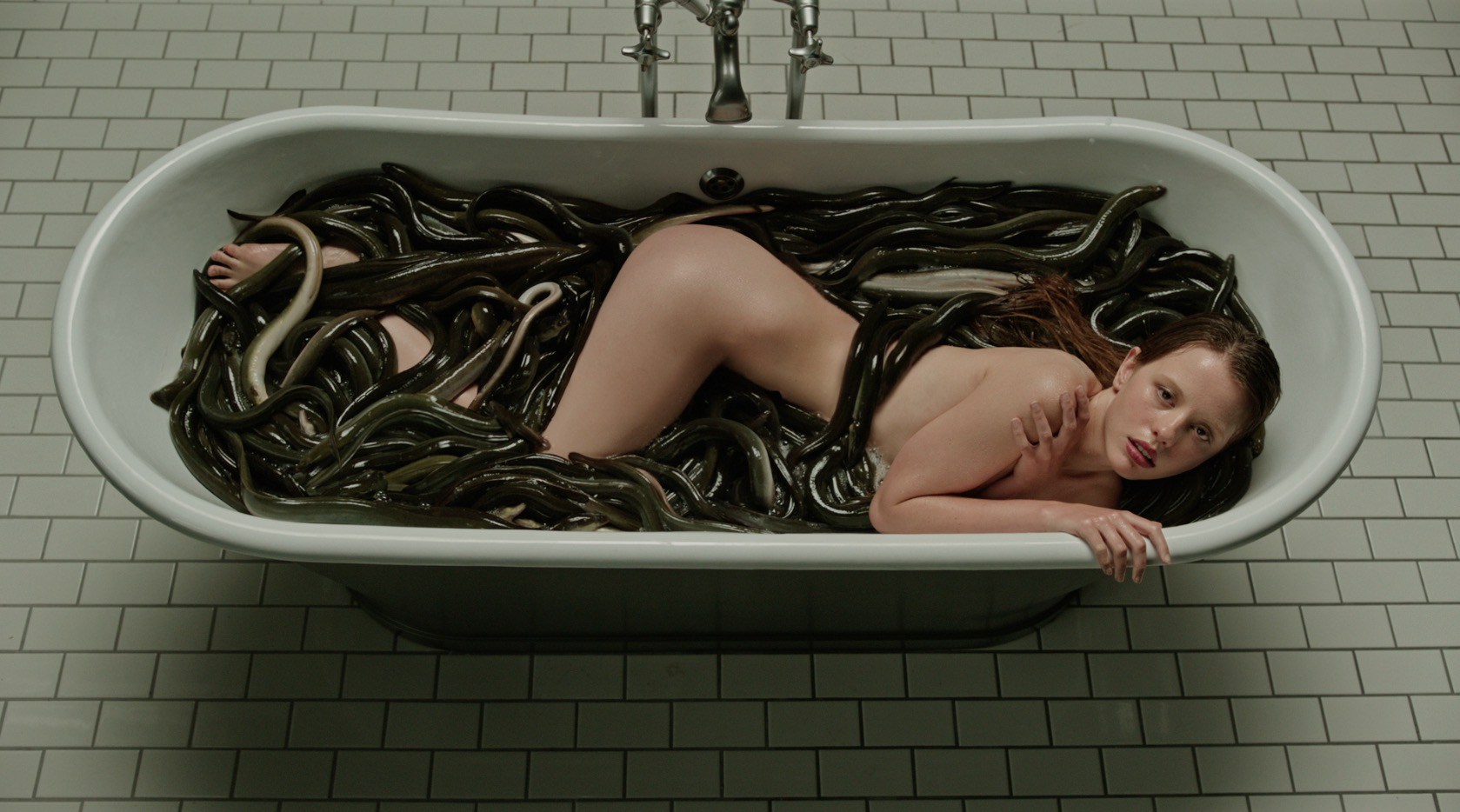 Dane Dehaan’s performance is eerily similar to that of Leonardo DiCaprio in Shutter Island. The similarities between the two films go beyond the lead performance and are to A Cure for Wellness’ detriment. Whether or not Dehaan is intentionally channeling DiCaprio, there are times when he’s almost a dead ringer. DiCaprio, however, did a superior job playing up the potentially “unreliable narrator” aspect of the character (which Scorsese more effectively integrated into the overall film). Jason Isaacs’ mad doctor is lifted directly from central casting. The only interesting member of the cast is Mia Goth (whose screen debut came in Lars von Trier’s Nymphomaniac Part 2). With a name appropriate for her persona, Goth plays Hannah as a twisted, damaged individual striving for normality. A Cure for Wellness might have benefitted devoting more time to her and less to Lockhart.

Technically, I suppose A Cure for Wellness can be categorized as horror, although it’s more of a slow-burn version than an overt one. Verbinski does an excellent job with atmosphere - eliding the New York scenes, the movie feels like it has been taken out of time and reality and placed into an alternate dimension - but his narrative is thin and the movie as a whole doesn’t work. As failures go, this is more interesting than many of the loud, hollow offerings that come out during the winter months but its greater ambitions don’t make it a better movie - just a longer and more pretentious one.

Cure for Wellness, A (United States/Germany, 2017)