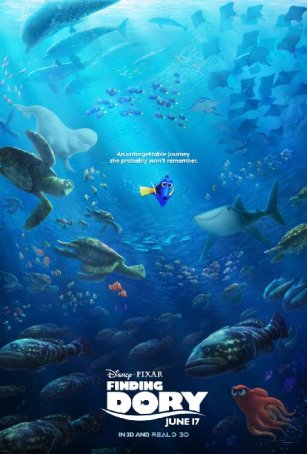 Thirteen years after Pixar sent a Dory on a hunt for Nemo, now it’s time for a little role-reversal. Finding Dory brings back many of the favorites from the 2003 animated hit, Finding Nemo, for another go-around. And, since it has been a long time since the first film lit up a summer screen, co-writer/co-director Andrew Stanton isn’t shy about cannibalizing his earlier work. Finding Dory swims through familiar waters. The themes - about the importance of friends and family and the value of tolerance - are the same. The basic narrative thrust (fish making a long journey to find family members) replicates that of Finding Nemo. Despite all the similarities (or perhaps because of them), Finding Dory is enjoyable in its own right, even if its powerful sense of déjà vu keeps it from approaching the pinnacle of the Disney/Pixar collaborations.

We all remember Dory (voice of Ellen DeGeneres), the good-natured blue tang with short-term memory problems. In Finding Nemo, she was a supporting character to Albert Brooks’ clownfish Marlin. This time, she’s in the lead with Marlin and Nemo (voice of Hayden Rolence) paddling in her wake. Despite her memory issues, Dory realizes she once had a mother (voice of Diane Keaton) and father (voice of Eugene Levy) and a few random remembrances prod her to go in search of them. Concerned that Dory will become lost (or worse), Marlin and Nemo set off in pursuit. Dory’s search takes her to a marine institute (whose purpose, as Sigourney Weaver’s voice intones, is to “rescue, rehabilitate, and release”). There, in her quest to find her mother and father, Dory reconnects with old friend Destiny the nearsighted whale shark (voice of Kaitlin Olsen) and makes a bargain with Hank the octopus (Ed O’Neill). 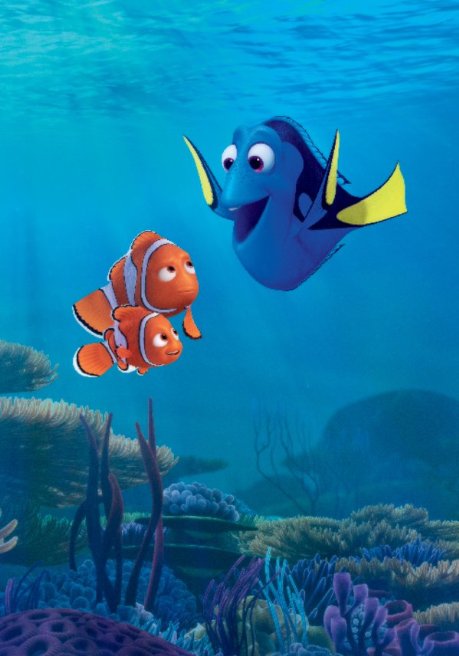 Finding Dory has a solid emotional core - a common strength of the Pixar canon. We become invested in Dory’s journey. The concept of re-connecting with lost loved ones and becoming a family again is fertile thematic territory that most viewers will find relatable. The flashback scenes with Mom and Dad caring for their adorable but impaired daughter are genuinely moving (due in no small part to the vocal work of Sloane Murray, who plays the young Dory). Even when the story gets silly, this aspect keeps us engaged.

The best Pixar films work on two levels - one for adults, one for children. Look no further than last year’s Inside Out for an example. Finding Dory skews toward kids. That’s not to say adults won’t enjoy the movie but it doesn’t offer as rich an experience as, say, the Toy Story trilogy. Part of the reason is that Finding Dory leans too strongly on its predecessor’s narrative and ideas. Another issue is that the story is less sophisticated than the typical Pixar fare, relying on improbable chases and video game-inspired action scenes to bring about the climax. This is more the sort of thing I expect from a lesser animated movie (of which there are no shortages) than from the product of the great Andrew Stanton (who, in addition to helming Finding Dory, directed Wall*E and was one of the writers for all three Toy Storys). 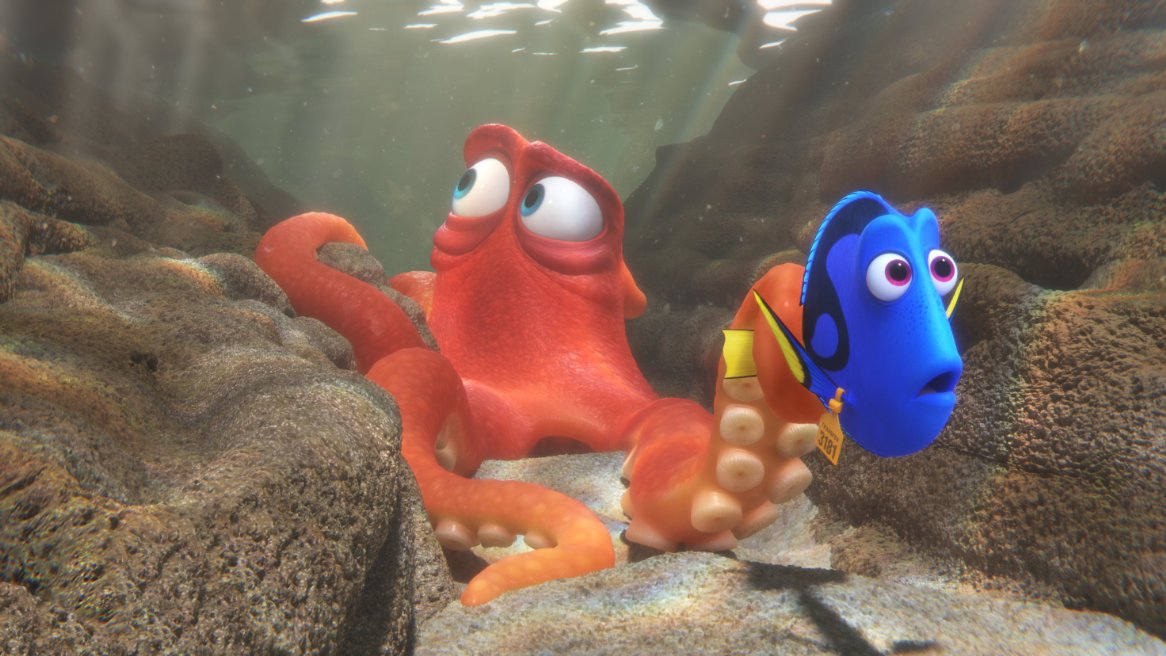 Visually, this may be Pixar’s strongest offering yet, and that’s saying a lot. The movie sparkles. It’s colorful, bright, and clear. This may have something to do with all the underwater sequences but, regardless, it’s a treat to behold. What’s more, the 3-D works. It’s not indispensable but it doesn’t detract from the viewing experience. The voice acting, headlined by Ellen DeGeneres and Albert Brooks (with supporting performances by the likes of Diane Keaton, Eugene Levy, Ed O’Neill, Idris Elba, and Dominic West), is top-notch.

All Pixar feature films are paired with shorts. Finding Dory’s accompaniment, “Piper”, is a winner. From the photorealistic visuals to the delightful story, this movie accomplishes more in its seven minutes than Finding Dory does in more than 95. That’s not an attempt to denigrate the main attraction but to highlight how good the appetizer is. Finding Dory is solid family-friendly entertainment that will undoubtedly delight fans of Finding Nemo. It may work better, however, for those who haven’t seen the 2003 release because, for them, this movie will be a fresher, less derivative experience.