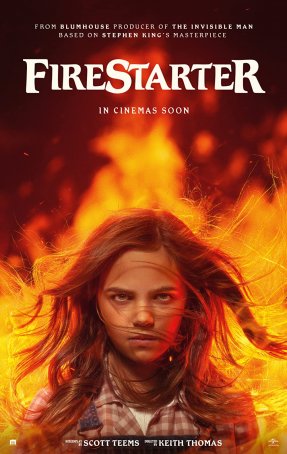 Firestarter, one of Stephen King’s most recognizable titles, reached bookstores in 1980 and was subsequently nominated for several prestigious awards. However, as has often been the case with King’s novels, the movie regurgitation, released in 1984 and directed by Mark L. Lester (after the studio jettisoned the original director, John Carpenter), was a disappointment. The author voiced his displeasure with the adaptation and it was dutifully trounced by critics and mostly ignored by viewers, failing to crack the year’s box office Top 50.  Now, some 38 years later, another director has decided to take a crack at breathing cinematic life into the story, yet Keith Thomas does an even worse job than Lester. With wooden acting, a plodding storyline, and several cringeworthy changes from the source material, the 2022 version indeed starts a fire – a dumpster fire.

The essential beats are the same as in the book and the 1984 film. Young Charlie McGee (Ryan Kiera Armstrong) is the gifted daughter of Andy McGee (Zac Efron) and Vicky McGee (Sydney Lemmon). While college students, the future spouses were subjected to experiments with an unproven drug in a study masterminded by Dr. Joseph Wanless (Kurtwood Smith). Many participants suffered horrific side effects but it imbued Andy with telepathy and Vicky with telekinesis. Charlie, born years later, has a power of her own: pyrokinesis. The Shop, a government agency headed by Captain Hollister (Gloria Reuben), is searching for Charlie. They know of her existence and want to study and groom her, with the likely eventual goal of weaponizing her fire-controlling capabilities. Hollister brings expert assassin Rainbird (Michael Greyeyes) onto the project. He is told to bring Charlie in alive; the same directive doesn’t apply to her parents. In an early encounter, Rainbird kills Vicky – a confrontation that sends Andy and Charlie on the run. 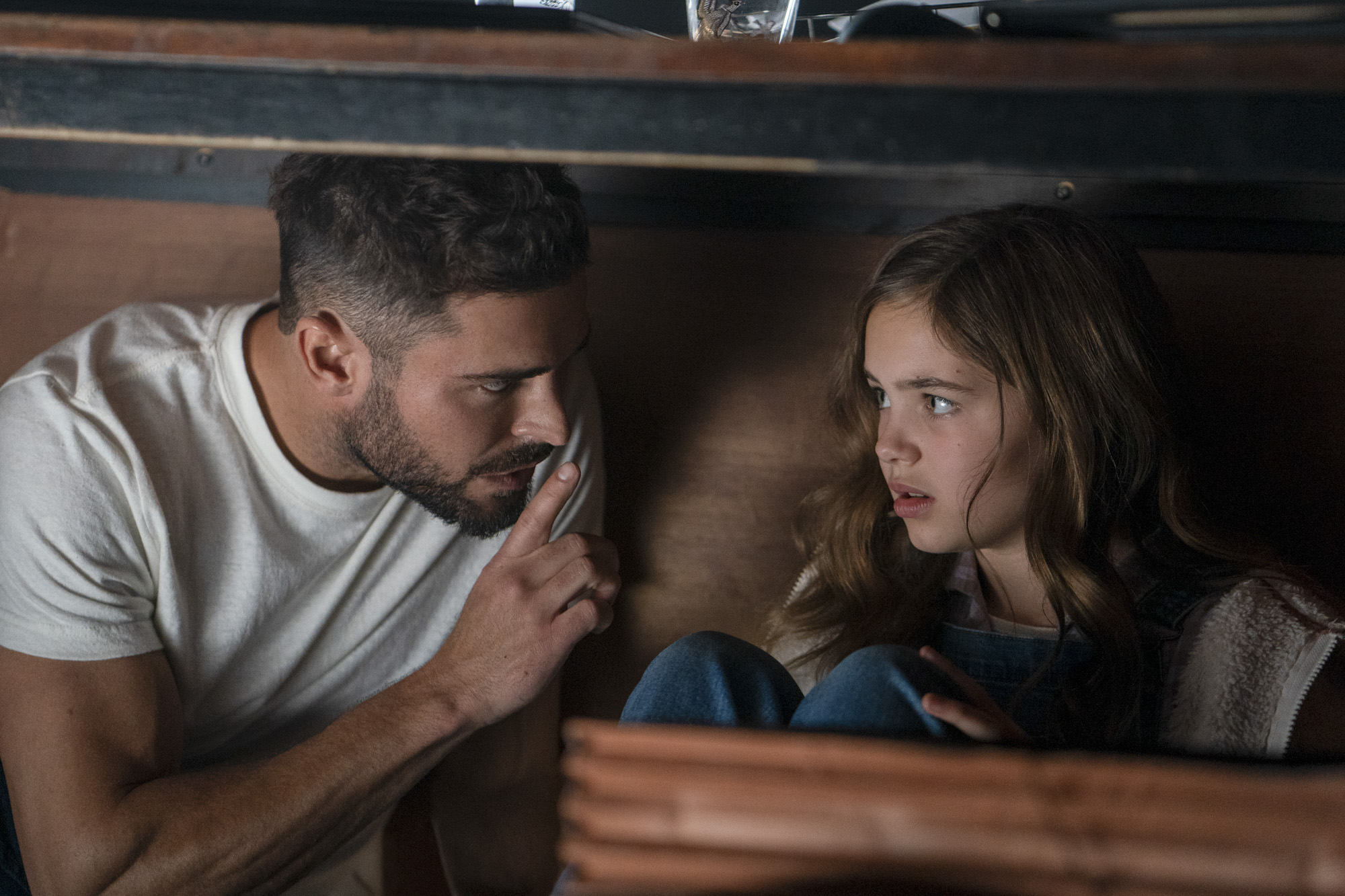 The movie functions a little like a superhero origin movie except that instead of focusing on developing Charlie as an individual, she’s something of a blank slate. The character is undeveloped and largely unsympathetic. This is in part because of the limitations of actress Ryan Kiera Armstrong, who might have fared better with a stronger director, and in part because Scott Teems’ adaptation offers no insight into her inner being or mindset. Armstrong’s primary assets are a steely gaze and a pouty frown, which she uses often. Charlie’s basic function in Firestarter is to burst into flame and kill people. She’s a walking plot device.

The movie offers little suspense and no one to connect with. The production values are questionable and the special effects have too obviously been created on a computer screen. With almost every frame, the movie emphasizes the cheapness of its approach. Blumhouse (which produced the film) is known for doing impressive things with small budgets. This is one instance when the lack of financial wherewithal has resulted in an underwhelming final product. John Carpenter, who has developed a good working relationship with Blumhouse as a result of the new Halloween cycle, has been brought on board as the composer (along with his son, Cody, and Daniel A. Davies). His score, which occasionally recalls his iconic work on Halloween, is the best thing about the production. 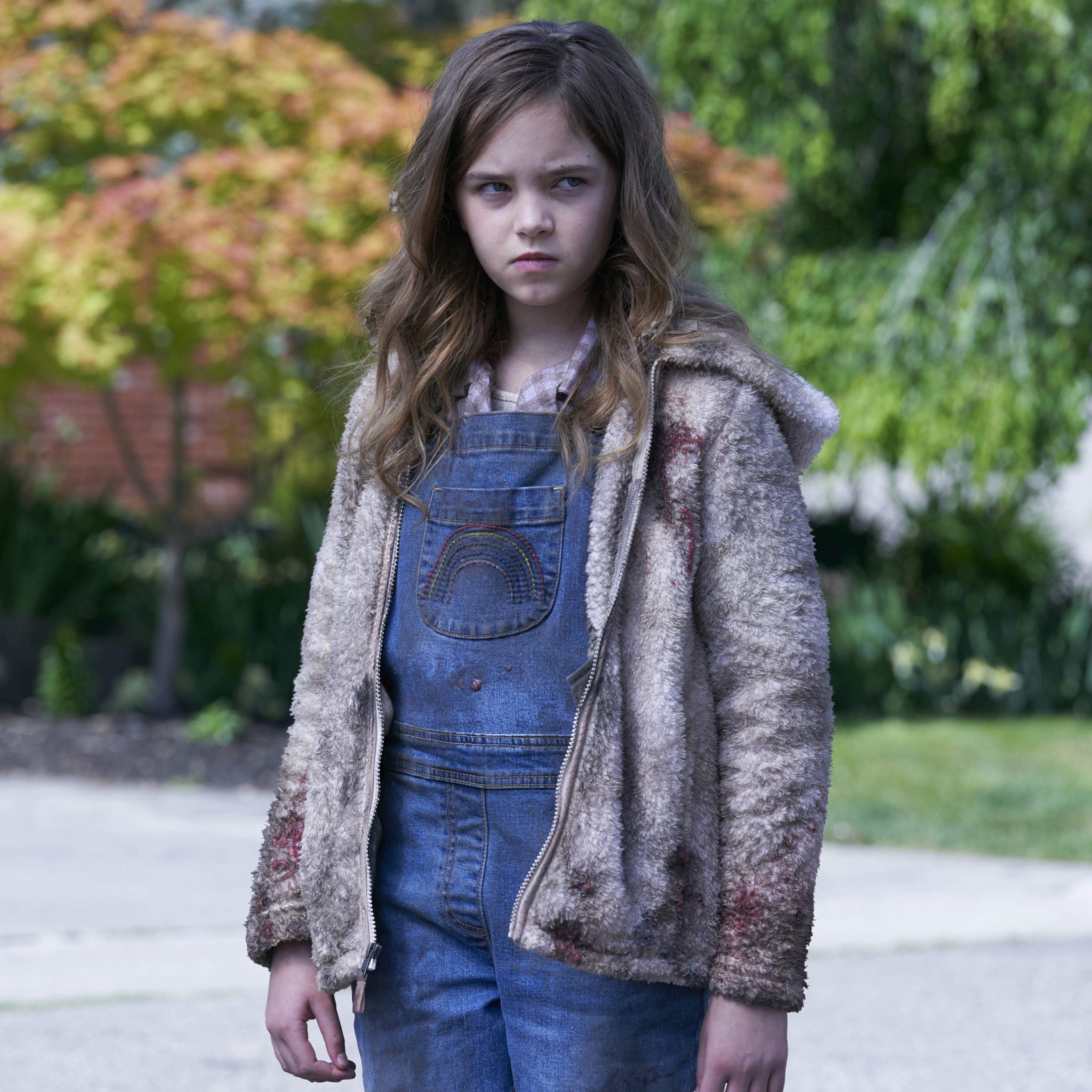 The underlying concept is to explore the potential dark side of a superhero origin – what might happen if a powerful being isn’t counseled by a wise mentor or loving guardians but is instead incubated in an environment of fear, hatred, and death. This concept was novel when King published the book but has since gotten a lot of play in movies like Chronicle and Brightburn. The idea alone isn’t sufficient to justify the underwritten screenplay and its underdeveloped characters.

Although the ending to King’s novel is somewhat open-ended (allowing for the potential of future stories in the same universe – the conceit behind a 2002 mini-series), this version of Firestarter makes a few major changes indicative of plans for additional chapters, either as sequels or (perhaps more likely) as some sort of streaming series. While such a thing might be interesting in principle, this movie leaves such a bad taste it’s difficult to imagine anything worthwhile germinating from this iteration of the story. Few authors have been as badly victimized by Hollywood as King; this is just another title to add to the list.