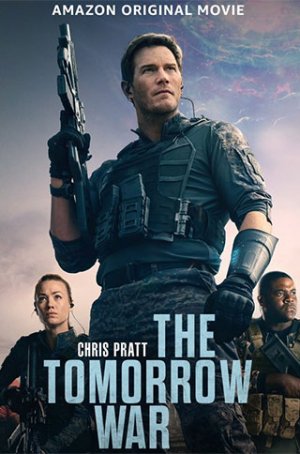 Many movies would like to be grouped with the likes of The Terminator, Alien, and Predator. However, although aspects of The Tomorrow War recall those films, they often feel more like a distant echo than a new chorus. This 2021 movie uses reliable science fiction/time travel/alien invasion tropes in ways that could be interesting but ultimately turn out to be regurgitations of stories we’ve seen before. The biggest “twists,” which relate to time travel paradoxes and alternate futures, are presented unimaginatively and the screenplay demands obtuseness from supposedly smart characters.

The Tomorrow War opens in the present day with the arrival of a group of soldiers from 29 years in the future. Having discovered a method of time travel (although the wormhole is inflexible and only connects 2022 with 2051), a desperate humanity has reached into its past in search of manpower to aid in their losing war against a pernicious, genocidal alien species. This raises an obvious question that the movie never adequately answers: instead of drafting people to serve as “canon fodder,” why not take action to change history and avert the extermination of the human race? Maybe screenwriter Zach Dean and Chris McKay felt that such an approach would be too much like The Terminator but it would also make a lot more sense. One of the overriding problems with The Tomorrow War is that, like a lazily-written horror movie, it underestimates the audience’s intelligence on a regular basis. 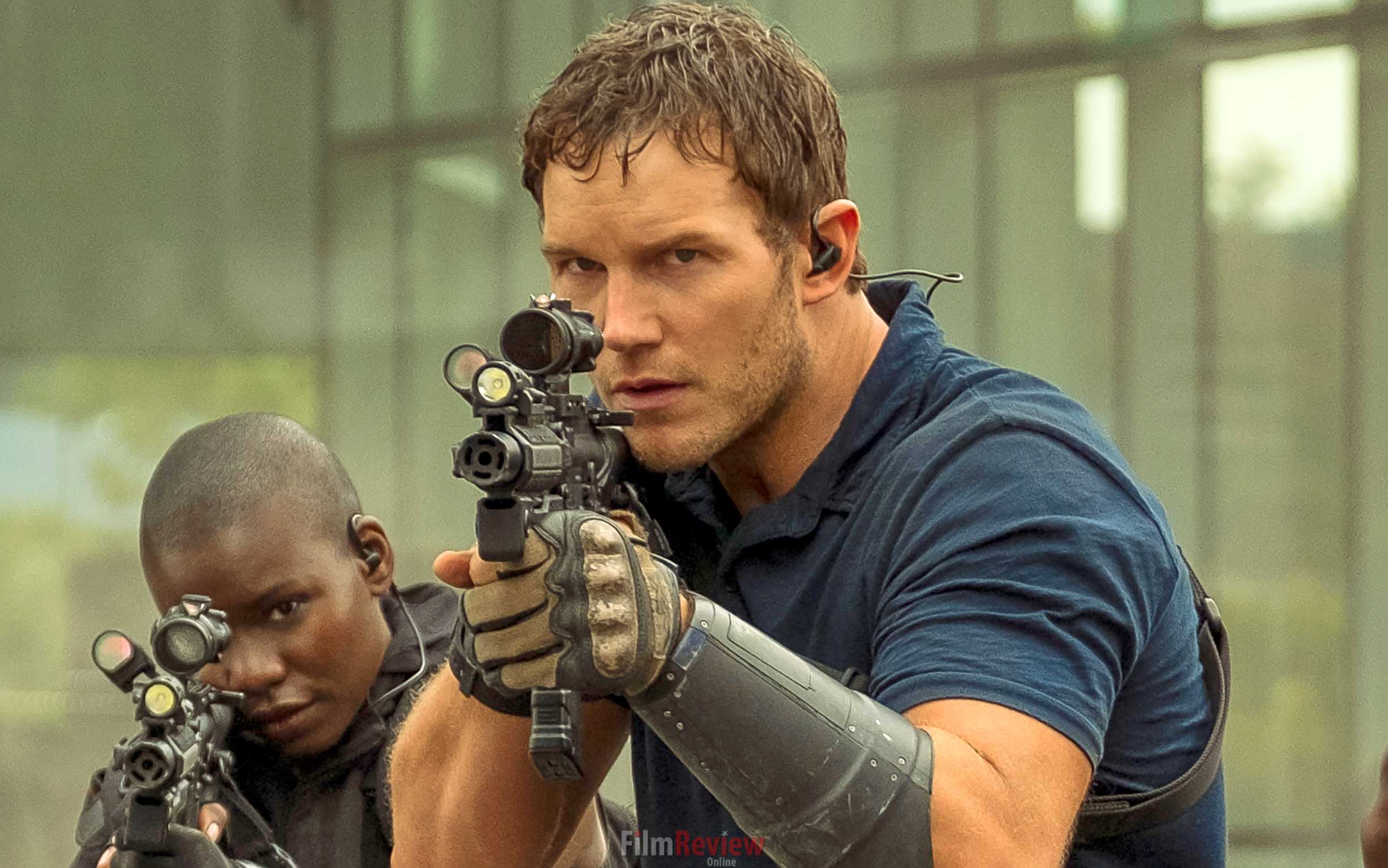 Dan Forester (Chris Pratt) is selected to join the future army’s research division and his previous experience in combat makes him a natural leader. After saying a tearful goodbye to his wife, Emmy (Betty Gilpin), and his young daughter, Muri (Ryan Kiera Armstrong), he embarks upon his seven-day tour-of-duty in the future. He immediately finds himself in the midst of a shitstorm and, after surviving that, he is brought to confer with the local commander, Colonel Muri Forester (Yvonne Strahovski), his now-thirty-something offspring. After giving him a chronology of his bad behavior (future for him, past for her), she recruits him to help her with her mission: develop a serum that is instantaneously fatal to the aliens.

It has been said that time travel movies are easy to do badly and difficult to do well. If that’s the case, then The Tomorrow War falls into the former category. The story loses credibility because the filmmakers didn’t think things through; the lack of internal consistency is maddening. The argument that “it’s science fiction” doesn’t excuse some sizable plot-holes nor does it obviate the necessity of doing more than paying lip service to philosophically intriguing possibilities. (For example, the movie raises questions about whether the future is immutable or able to be changed but conveniently sidesteps an intelligent discussion.) 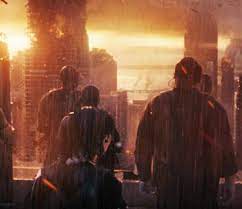 Ever since 1979, the shadow of H.R. Giger has loomed large over nearly every movie featuring an extraterrestrial monster and this is no exception. The creatures in The Tomorrow War looks like a hybrid of the Alien and the Predator with a few extra bells and whistles added for good measure. They’re nicely designed as far as it goes but fall short on the originality scale. Their toughness seems to decrease the more we see of them. In the first encounter, they’re presented as nearly invulnerable. Later, Chris Pratt enters into what amounts to a fistfight with one of their most deadly specimens.

Pratt’s a stable, confident figure but he lacks the charisma he brought to both Guardians of the Galaxy and Jurassic World. In those roles, he was allowed to incorporate a little snark into his performances but in The Tomorrow War, he’s playing it straight (and a little dour). None of his co-stars leave much of an impression (in large part because most of them are missing for large chunks of the running time), although J.K. Simmons (as usual) steals a scene or two as Dan’s estranged father.

Although the film’s sci-fi elements are flimsy at best, it boasts some strong action sequences. The special effects sometimes feel a little too video-game-y but, for the most part, they get the job done. The movie isn’t likely to bore the average viewer and there are legitimate attempts at doing something with an emotional payoff (both relating to Dan’s father/son relationship with his dad, and his father/daughter relationship with Muri). Those things keep The Tomorrow War from becoming an unwatchable disaster but, make no mistake, as a planned major studio release (later sold to Amazon Studios when the pandemic forced a release date postponement), this is a disappointment.