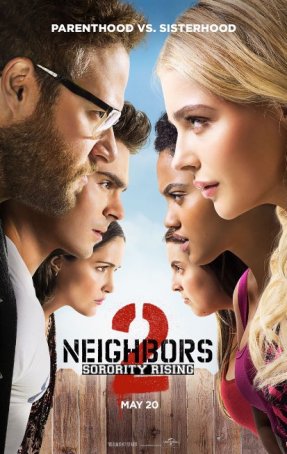 It’s the same sad story: a small movie becomes an unexpected success and, for purely financial reasons, a sequel is commissioned. The follow-up proves not only to be creatively bankrupt but a disappointment on all levels and thereby tarnishes the perception of its predecessor. Neighbors 2: Sorority Rising isn’t the first instance of this happening and it won’t be the last. However, it’s depressing to realize that the filmmaking team of director Nicholas Stoller and his four co-writers couldn’t have come up with something - anything - better. Instead, they have resurrected the awful comedy tropes of the 1980s and emerged with something shockingly lifeless. There are about six really good laughs during the film’s 92-minute running length. For those who believe this to represent an acceptable rate, rush out to see Neighbors 2. Others may find this difficult to watch even as a home rental.

For the most part, the story is a retread. I suppose that’s understandable when one considers the “if it ain’t broke, don’t fix it” rule. A better solution than enduring the sequel for those who (like me) enjoyed the first movie would be to re-watch that one rather than spending the price of a movie ticket. Even the best parts of Neighbors 2 feel a little stale. 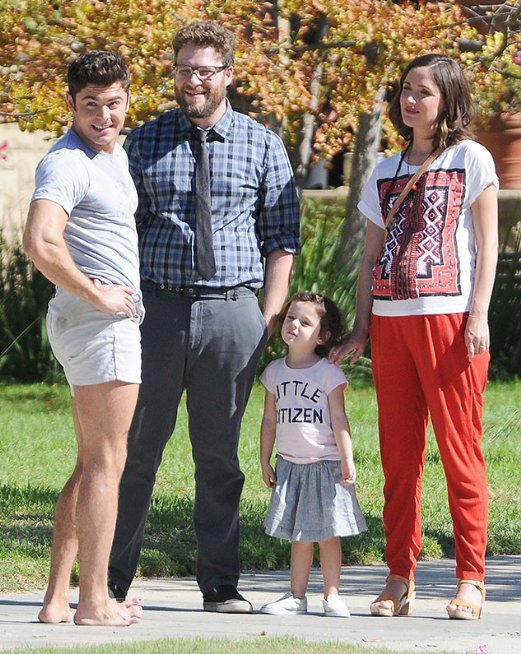 This time, instead of a fraternity in the house next door to Mac (Seth Rogen) and Kelly (Rose Byrne) Radner’s abode, it’s a sorority. The movie provides a needlessly in-depth backstory for why three girls - Shelby (Chloe Grace Moretz), Beth (Kiersey Clemons), and Nora (Beanie Feldstein) - go out of their way to reject the university’s existing Greek culture and start a new off-campus sorority. They are “mentored” by university alum Teddy Sanders (Zac Efron), the Raders’ nemesis from Neighbors. Of course, things get out of hand, a war ensues, Teddy is rejected by the girls and joins Team Mac & Kelly, and… well… you know the rest.

The movie unconvincingly offers a message about sexual equality and female empowerment. (On campuses, fraternities can have parties but sororities can’t - Google it.) This might seem a little less like pandering if the approach wasn’t so heavy-handed. The problem isn’t the message, it’s the clumsiness with which it is presented. The mealy writing evident in Neighbors 2 isn’t going to advance any agenda. Better written female characters would have been a start. The three sorority leads aren’t exactly “strong” women. They’re more like girls stuck in a state of arrested development.

I fail to understand why would-be raunchy comedies feel the need to inject quasi-dramatic elements into the proceedings. It never works, it always feels half-baked, and it only serves to slow the proceedings. A lot of it feels like filler. Do we care whether Teddy “finds himself?” Do we care whether the girls grow as sisters? Do we care whether Mac and Kelly are good parents? No, no, and no. Yet the screenplay expends about half its running time pursuing these questions. Are six laughs good for 92 minutes? Not when the viewer is forced to endure ten times as much treacle as humor. 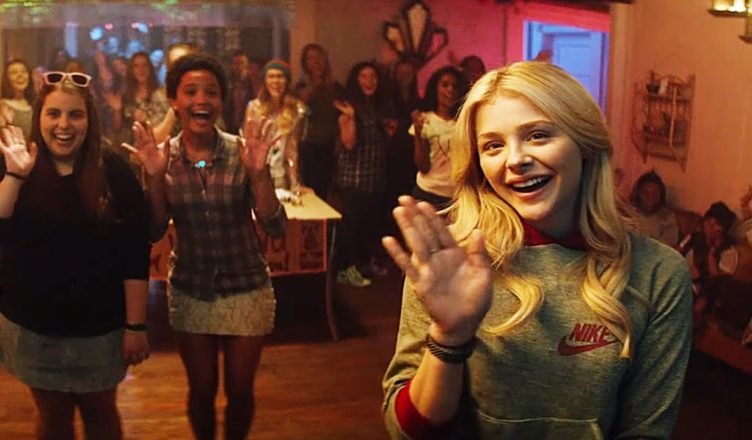 Maybe the problem is that when I go to a raunchy comedy, I expect to have a good time, not to be inundated by inept drama. Any edge the first movie possessed has been dulled to insignificance here. The tit-for-tat tactics in the “war” between the ex-party animals and the current ones are nowhere near as vicious as they were in Neighbors. There’s some gross stuff, to be sure, but “gross” doesn’t automatically equate to “funny.” So we get moments of comedic gold like Rose Byrne vomiting on Seth Rogen’s face and used tampons being employed as weapons.

Since the first movie made money and the second one is almost guaranteed to follow suit, it’s hard to blame the actors for taking their checks and mailing in their performances or for the writers to do the laziest job imaginable in “crafting” the screenplay. This isn’t about providing quality entertainment; it’s about fooling audiences into spending money by offering a familiar title with recognizable actors. Neighbors 2 is a direct-to-video level production. Welcome to how too many movies are made in 2016.